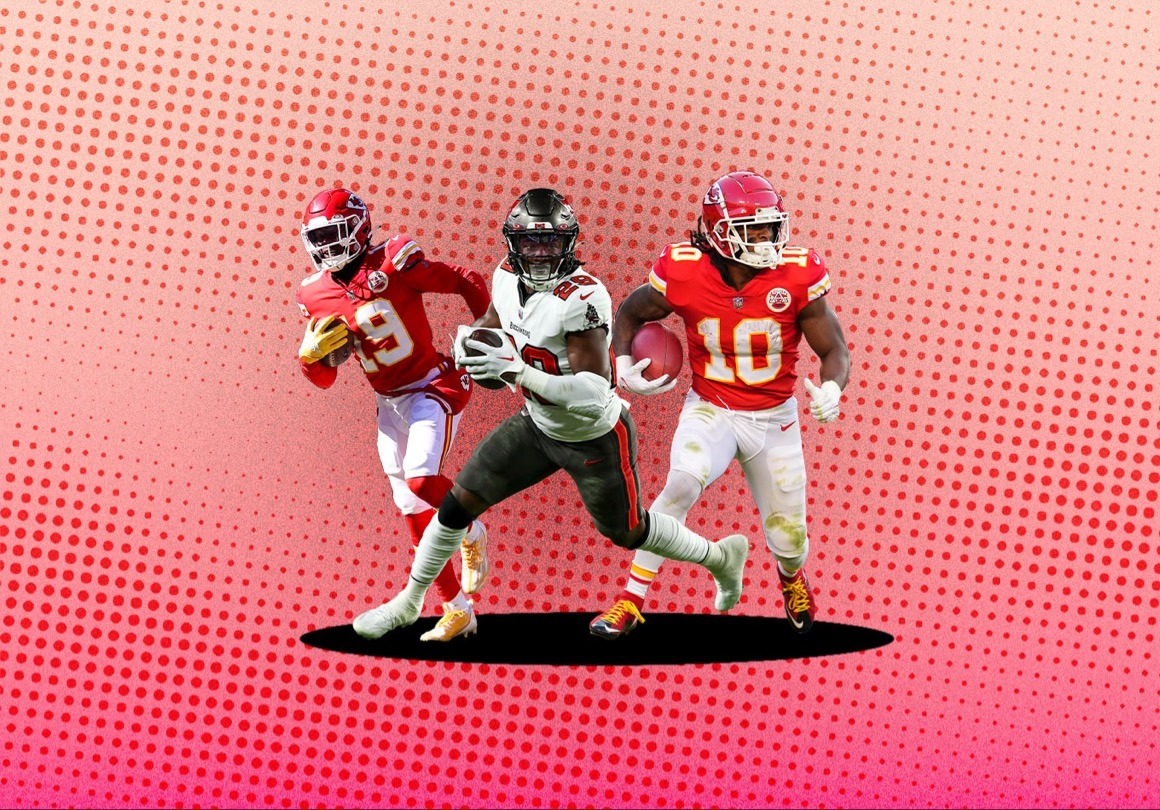 There’s a harsh truth about the waiver wire after Week 10 that you have to accept.

If you’re relying on it to put you into contention at this stage of the season then you’re in trouble. Can you move the needle? Of course. Is there value? You betcha. But you can’t expect to reverse your team’s fortunes with waiver wire action alone.

There are exceptions, of course. Injuries are always a factor in fantasy football. As teams get eliminated from playoff contention, they offer more opportunities to young players. You also have good teams that are tired of this regular-season nonsense. They have one eye on the playoffs and are setting up for Super Bowl glory, making tweaks where necessary.

One team that is not preparing for the playoffs is the reigning Super Bowl champion Los Angeles Rams. They’re just 3-6 and now reports are that Cooper Kupp has been placed on injured reserve with a high ankle sprain.

In Arizona, Kyler Murray is day-to-day after missing Week 10 with a hamstring injury and Zach Ertz is reportedly out of the season due to a knee injury. Fantasy managers got some bad news Tuesday morning when it was announced that red-hot tight end Dallas Goedert is expected to miss extended time after hurting his shoulder in Monday night’s loss to the Washington Commanders.

How do we navigate a slim Week 11 waiver wire? Let’s take a look at some of the best values we can find. And as always, don’t forget to check out our fantasy football rankings. All rankings and projections we use here are based on PPR scoring.

The rookie had season highs of 16 carries and 82 yards on Sunday during Kansas City’s victory over the Jacksonville Jaguars. He also had two big plays (runs of more than 10 yards) and no other Chiefs running backs had more than one carry. Over the last three weeks, Pacheco has averaged 4.5 yards over his 29 carries, while Clyde Edwards-Helaire has gained 3.7 on his 10 carries. Pacheco will try to keep the momentum going when the Chiefs play the Los Angeles Chargers, Rams, Cincinnati Bengals and Denver Broncos in the next four weeks. On that note, you can drop Edwards-Helaire.

White took over for Leonard Fournette as the lead back in Tampa Bay’s offense in Week 10. The whispers of White’s rise up the depth chart had escalated in recent weeks until we got confirmation of his first start last week. That translated in the box score too, as he racked up 105 yards on 22 carries. Fournette still had 14 carries for 57 yards and a touchdown, so he could continue to have some value. He just doesn’t have the stranglehold on the position that he once had. One thing to note here, the Buccaneers are on bye in Week 11.

Toney’s unhappy time with the New York Giants came to an end when the Chiefs acquired him recently. Toney’s supreme athletic ability was never in doubt, but he was injured quite often with the Giants. On Sunday, we caught a glimpse of how good Toney might be playing for Andy Reid and with Patrick Mahomes throwing him the ball. Toney had five targets on Sunday and all five were burns, which occurs when the targeted receiver does his part to achieve a successful play (that is, a significant gain towards a first down or touchdown), regardless of the quality of the throw by the quarterback. He also led all Chiefs wide receivers with four catches (one for a touchdown). Toney is elusive but don’t let him elude you on the waiver wire if he’s still available in your league.

It’s Week 11 and unless you’re a complete expert, there is some dead weight at the end of your roster. If that’s the case, it might be a good idea to take a flyer on Peoples-Jones. DPJ is not spectacular, but his consistency is underrated. Since Week 4, he ranks 14th in the NFL with 74.3 receiving yards per game. The touchdown equity isn’t there (none on the season), but the target share is.

DPJ, who had a season-high 99 receiving yards on Sunday, is the clear No. 2 wideout in Cleveland, especially with tight end David Njoku injured. With Deshaun Watson set to debut right around fantasy playoff time, DPJ’s opportunities could increase at the most important time of the year.

With Darren Waller and Hunter Renfrow both on injured reserve, Moreau and Mack Hollins have had increased roles. Moreau had three catches on his four targets against the Indianapolis Colts on Sunday, including a TD reception on one of his two targets from Derek Carr in the red zone. Since Week 2, Moreau is third on the Raiders with 5.2 targets per game, behind only Davante Adams (10.3) and Hollins (6.1). He’s worth a look if you’re in need of a fill-in at tight end after losing Ertz or Goedert.

It’s hard to forget Watson’s big drops. In his first game as a professional, he broke free down the field and let the ball slip through his hands for a sure touchdown. But the rookie came back with a breakout performance, making the most of his eight targets from Aaron Rodgers with four receptions for 107 yards and three touchdowns. Watson’s burn yards per target (14.4) ranks ninth among wide receivers with 10 or more receptions this season. This was Watson’s first game since Romeo Doubs went down and the production speaks for itself. Watson has the ability to become a valuable asset on fantasy rosters in place of Doubs, who was seeing a 30% target share this season before his injury.

Matt Ryan is the starting quarterback for the Indianapolis Colts again. That’s good news for Campbell, who has 32 targets over the last three games Ryan has started. He also has 24 receptions for 203 yards and three touchdowns in those contests. The Colts (4-5-1), who are chasing the Tennessee Titans (6-3) in the AFC South, play the Philadelphia Eagles and Pittsburgh Steelers in the next two games. We don’t know how things will end with Jeff Saturday as the interim head coach, but one thing is certain: Ryan is going to target Campbell.

With Keenan Allen and Mike Williams battling injuries, Carter and Joshua Palmer have had to step up into bigger roles in the Los Angeles passing game. Since Week 6, Palmer leads all Chargers receivers with 20 catches and Carter is second with 15. Though Palmer had eight targets to Carter’s four against the San Francisco 49ers on Sunday night, Carter had two plays of 25 or more yards. He now has nine receptions for 117 yards and a score in his last two games. Carter’s big-play potential appeals to us and should appeal to you on this week’s waiver wire.