Will It Be the Defense, Not the Offensive Stars, That Leads the 49ers to the Super Bowl? | The Analyst 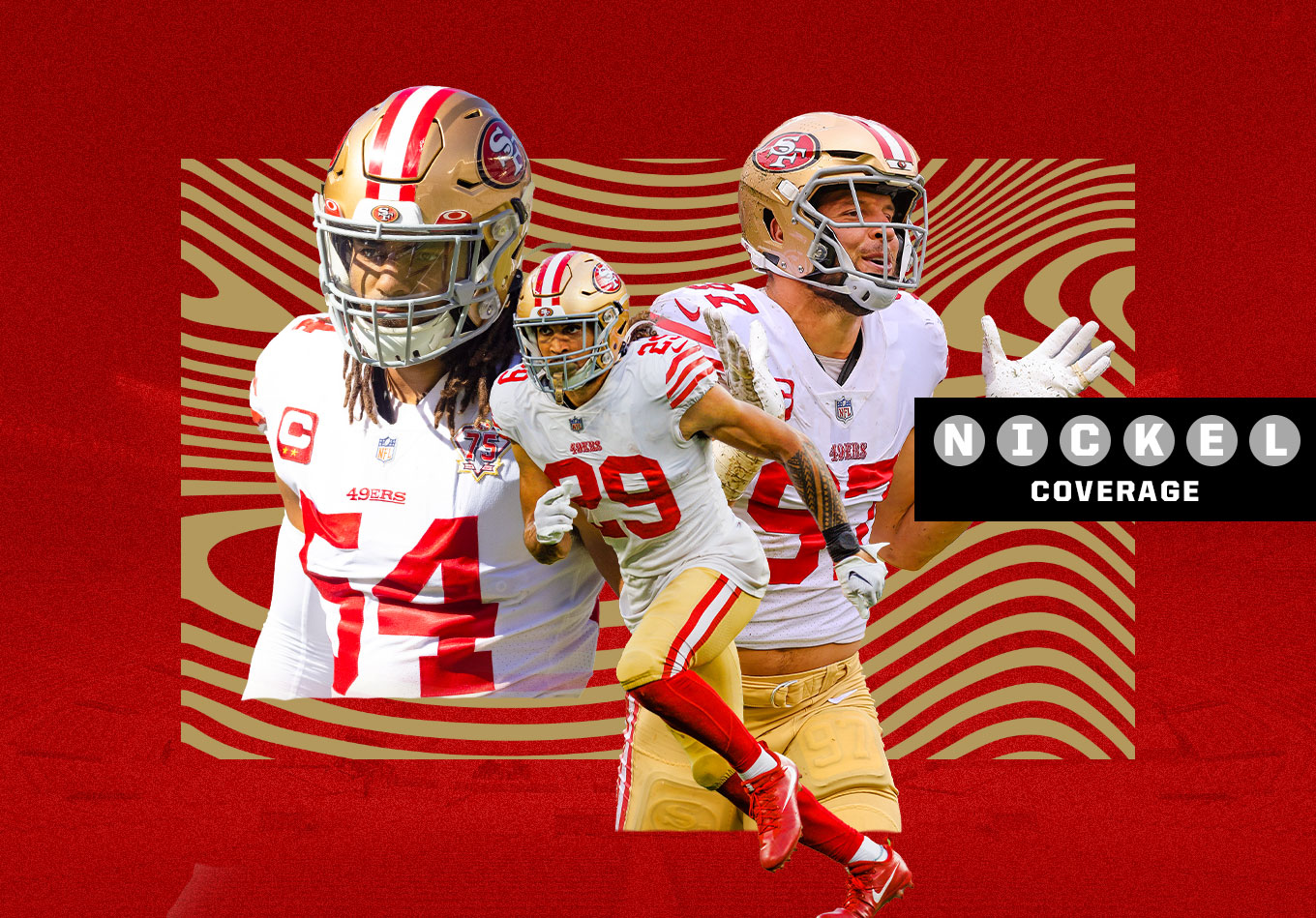 No journey to the Super Bowl is ever linear.

Ever since the Miami Dolphins achieved football perfection 50 years ago, every team that has climbed the mountain has had to experience some kind of bump in the road, and any team that harbors ambitions of adding its name to the list must show an ability to win in different ways and prevail when one side of the ball misfires.

The 2022 San Francisco 49ers have hit several bumps in the road. From a Week 1 loss to the Chicago Bears in a monsoon, to losing anointed quarterback of the future Trey Lance to a season-ending ankle injury in Week 2 and suffering back-to-back losses to the Atlanta Falcons and Kansas City Chiefs, there have been plenty of points this season when belief in the 49ers as Super Bowl contenders has been tested.

But San Francisco’s response to the blowout Week 7 loss to the Chiefs has been emphatic and reaffirmed the team’s status as a heavyweight in the NFC. The 49ers have reeled off four successive victories to surge to 7-4 and if the season ended today, would win the NFC West and enter the playoffs as an extremely dangerous third seed.

Two of those four wins have been blowouts as San Francisco has married devastating offense from a group overflowing with playmakers following the October trade for Christian McCaffrey with tremendous defensive fortitude to destroy a pair of NFC West rivals in the Los Angeles Rams and Arizona Cardinals on the road.

Even with the level of star talent they have at their disposal, the 49ers have not been consistent offensively. But a continuing theme has been San Francisco’s defensive dominance, which reached its 2022 zenith to this point on Sunday with a shutout 13-0 win over the New Orleans Saints.

It was a performance that served as an encapsulation of why defensive coordinator DeMeco Ryans is likely to be the premier head coaching candidate this offseason and one that should serve to raise the question of whether his defense could be one of the select few that carries its team to Super Bowl glory.

The numbers point heavily to the defense being of that standard.

San Francisco’s shutout was its first since beating Washington 9-0 in the 2019 season and it was the first suffered by the Saints since Week 17 of the 2001 season. The 49ers were the team to dole out the shutout on that occasion in a 38-0 win.

While it was a 20-year low point for the Saints on offense, the 49ers continued an eye-opening run of defensive dominance. The Niners have now pitched four consecutive shutouts in the second half, also keeping the Rams, Los Angeles Chargers and Cardinals off the board in the final two quarters. Achieving the feat for four quarters against the Saints, they have now not conceded a point in over 94 minutes of game action.

The 49ers’ refusal to let the Saints score was made more amazing by the fact New Orleans had six plays from inside the 5-yard line. And the season-long defensive numbers paint the picture of the defiance shown by Ryans’ group that could well come to define the 49ers’ season.

The 49ers have the sixth-highest sack rate in the NFL at 7.9% despite having a blitz rate of 28.7% which is below the league average of 30.8%. Those numbers speak to San Francisco’s long-established ability to get home by only sending four pass rushers from its exceptionally deep defensive line.

Nick Bosa, the star of that front, recorded the fourth-down sack that essentially ensured the Saints would not score in Week 12 and raised his total to 11.5 on the season. He’s the fifth player since 2000 to record at least one sack in nine of his first 10 games of a season, joining Hugh Douglas (2000), Everson Griffen (2017), Robert Mathis (2005) and Demarcus Ware (2008).

Yet the Niners have also made a habit of sending successful blitzes at the right time, with linebacker Fred Warner and safety Talanoa Hufanga — who each forced fumbles on Sunday — proving adept at generating pressure when rushing from the second level of the defense.

Hufanga’s physicality jarred a fumble from Alvin Kamara at the 1-yard line in the first of two fourth-quarter red zone stops against New Orleans. The former fifth-round pick has emerged as a star in a secondary that has duplicity to frustrate teams with precise and disciplined zone coverage and facilitate blitzes by succeeding when it pivots to man coverage, with cornerback Charvarius Ward, the 49ers’ headline free agency acquisition, excelling in both areas.

In essence, the personnel Ryans has at his disposal allows him to easily switch between the staple of a four-man rush with zone coverage behind it and a more aggressive approach at any point and still have complete confidence his defense will deliver.

Though blitzes are not an overly common feature of the game plan, San Francisco’s underpinning defensive philosophy is all about aggression, which is evident throughout when Ryans’ players are on the field. Their relentless pursuit of the football has been critical to the team’s incredible success against the run — opponents have gained only 3.1 yards per play on the ground — and game-sealing turnovers such as Kamara’s goal-line fumble.

That defensive violence ensured San Francisco did not follow the offensive explosion against the Cardinals in Mexico City with a letdown even as that attack sputtered in comparison to its efforts at Estadio Azteca.

Fast, physical, disciplined and diverse with the players at every level to consistently dominate, the defense has all the ingredients of a championship unit and proved it can carry the load in ensuring San Francisco won in a very different way in Week 12 following the blowout of Week 11.

With Jimmy Garoppolo playing some of the best football of his career, having stuck around to backup Lance in a prescient move by both player and franchise, and blessed with a skill-position group that features McCaffrey, Deebo Samuel, Brandon Aiyuk and George Kittle, the hope will be the defensive does not have to shoulder the burden on a regular basis.

But this four-game stretch has proven unequivocally that it can do so and that is an excellent insurance policy for the 49ers as they plot a path to a second Super Bowl appearance in four seasons.