Croatia vs. Canada: Prediction and Preview | The Analyst 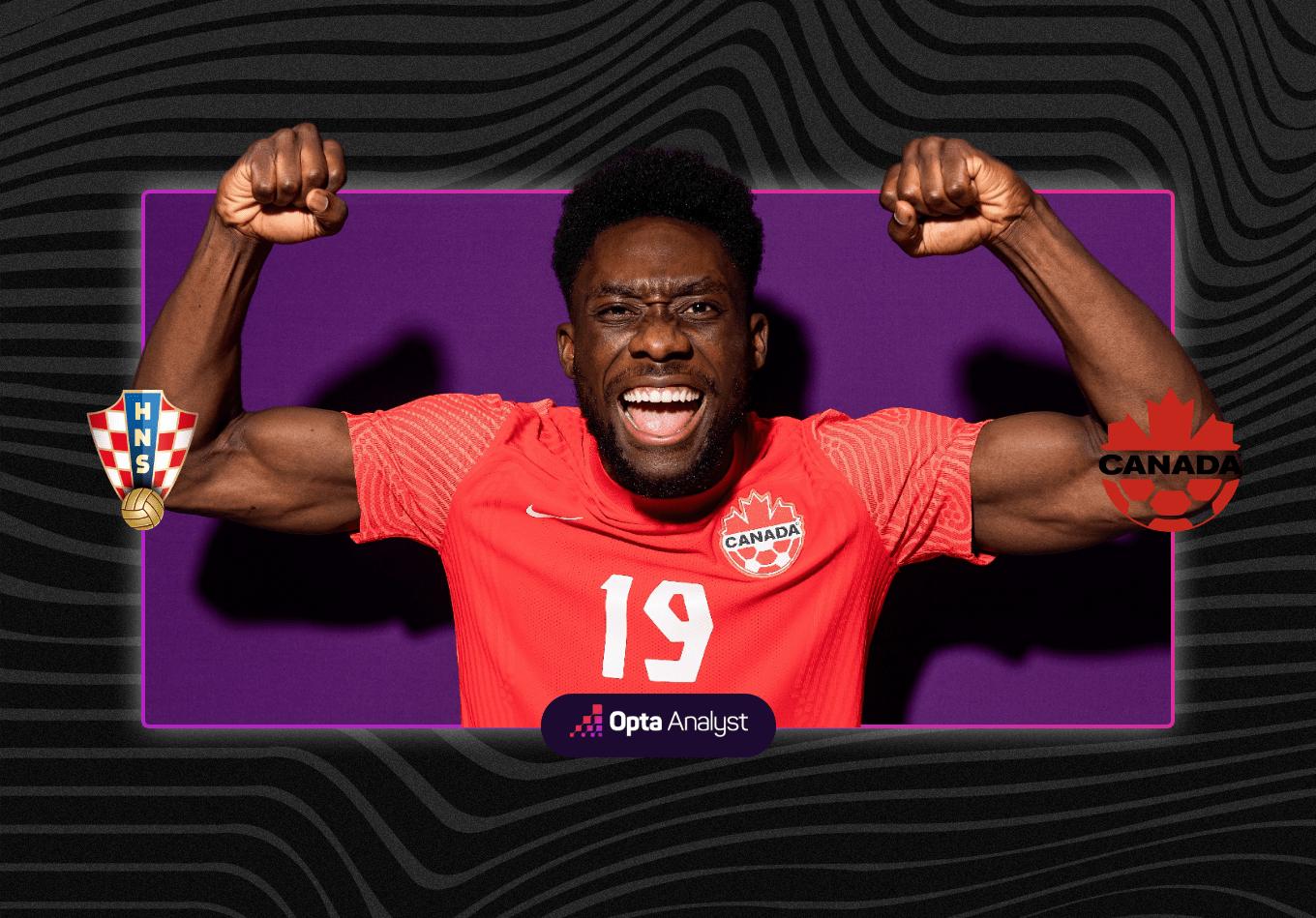 Croatia vs. Canada: Prediction and Preview

We preview the 2022 World Cup match between Croatia and Canada, including our pre-match prediction for each team’s second game in Group F.

Play the Opta Challenge for Croatia vs. Canada now for a chance to win $500

Canada’s 1-0 defeat to Belgium was “statistically”, according to John Herdman, “a winning performance” – and it is easy to see why he thinks that.

Canada attempted 22 shots, twice as many as their previous World Cup record (11 versus USSR in 1986), with their attempts worth a combined 2.6 expected goals.

Belgium’s chances were worth 0.8 xG, but they crucially scored through Michy Batshuayi.

Belgium 1-0 Canada: Defeat was cruel on Canada, but Croatia and Morocco certainly won’t be looking forward to facing them. Belgium? They “did a job”.#FIFAWorldCup pic.twitter.com/VOwzBQU6gQ

Canada still have not scored a World Cup goal from 50 shots. No team have played more finals matches (four) without ever finding the net, while only Bolivia have previously failed to register in their first five such fixtures.

Another “winning performance” against Croatia will count for little if they cannot end that drought.

“It’s those behaviours that we’ll continue to work on,” coach Herdman said. “That’s what the players see in the review meeting [after the Belgium game].

“And we’ve got to close some gaps going into this meeting with Croatia, who are a hell of a team.”

That more measured praise of Croatia was slightly at odds with Herdman’s emotions immediately post-match, when he called on his Canada players to “‘F'” their next opponents.

“The gentleman expressed himself that way, that is his right,” responded Croatia coach Zlatko Dalic. “I won’t dwell on that. We have to speak on the field.

“Everyone has their own way of expressing themselves. I just don’t know how nice it is to say something like that. I will discuss it with the players. It can only motivate us.”

It is easy to see why Herdman might have been confident, though, if he had taken in Croatia’s goalless draw against Morocco.

The 2018 finalists had just five shots in that match, their lowest total in a single World Cup contest. They averaged 16.1 shots per game in Russia.

Still, Canada have lost each of their first four World Cup games and will be eliminated if that sequence continues against Croatia.

Not many Croatia players stood out against Morocco, but Gvardiol was one. He set Croatia World Cup records for passes attempted (115) and completed (102), although he might have more work to do defensively in this encounter based on Canada’s first display. It is an opportunity to impress for a man linked with a host of Europe’s leading clubs.

Alphonso Davies may have passed up Canada’s clearest chance from the penalty spot, but David will similarly rue a wasteful opening display. He had seven shots against Belgium, all from inside the box, but missed the target with each of them. It was only the second example since 1966 of a player taking all of his seven shots from inside the area yet failing to trouble the goalkeeper (also Italy’s Paolo Barison against North Korea in 1966).

Even in defeat, Canada were one of the more impressive performers of the opening round of matches, but they are still facing the finalists from the last World Cup – and the supercomputer’s forecast bears that out.

Croatia are 47.0% favourites, according to our prediction model, with Canada given a 27.0% chance and the draw rated a shade more unlikely at 26.0%.