TRACR College Football Rankings: An Inside Look at Our New Playoff Potential Rating | The Analyst 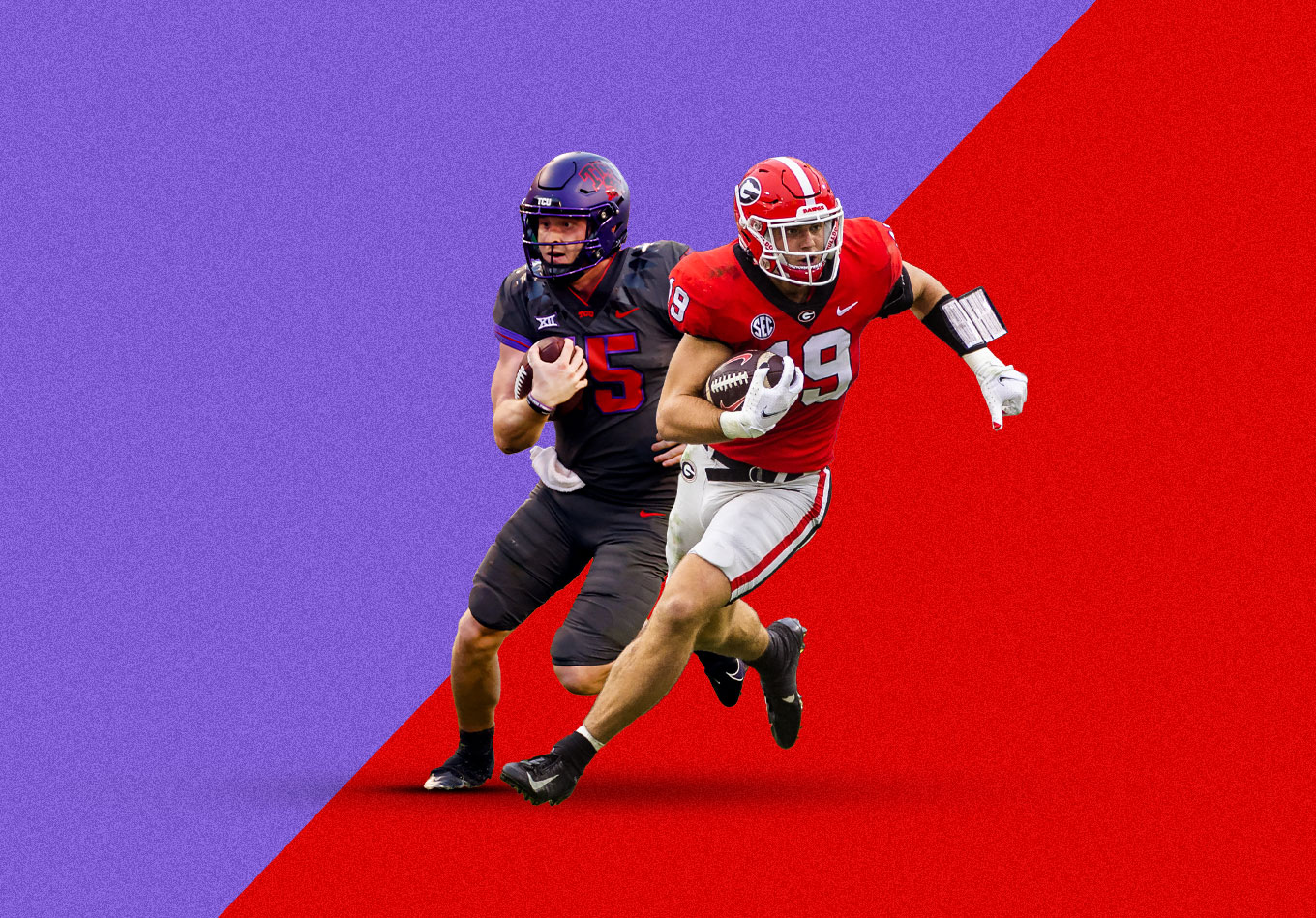 Can you believe that the season is almost over?

To me, these final two weeks mean three things:

While there are still a few weeks until we hear about the College Football Playoff (CFP), it is necessary to talk about it. This season might end up being one of the more controversial selections since the format began.

In last week’s podcast, Mike Leon and I discussed something called our playoff potential rating. This new metric combines a team’s overall TRACR rating with its record. Adding TRACR (Team Rating Adjusted for Conference and Roster) helps evaluate how the rest of the season might pan out for every team.

The idea is this – suppose the best team in the nation played every other team’s schedule. How often would the best team match or exceed the other team’s actual record? For example, Georgia ranks No. 1 in the nation, per TRACR. What if, instead of playing its own schedule, Georgia played Penn State’s slate? If we simulate the Bulldogs playing Purdue on the road, Ohio, Auburn, etc., how often would they end up with what we project Penn State’s record to be (about 10-2)?

The answer, per TRACR, is about 60% of the time. This indicates that what Penn State has done this season is impressive, but not otherworldly. Our playoff potential rating suggests that only teams that have really impressed should make it to the CFP. Thus, barring any chaos, Penn State should NOT be considered for the playoff.

Logically, this makes sense. The Nittany Lions are not going to win the Big Ten East because that honor will go to either Michigan or Ohio State. Having two losses while other teams have zero or one will not be good enough. As many know – no two-loss team has ever made it to the playoff.

See the massive difference between TCU (No. 9 in TRACR) and Kansas State (No. 6)? This makes it clear that TRACR believes that only six teams should be even in consideration right now. Let’s dissect each one.

The playoff potential ratings also suggest that Ohio State (No. 2) should make it, even if the Buckeyes lose to Michigan (No. 5). “The Game” should be quite close this season, as the Buckeyes have a 53.1% chance of winning, per TRACR. The chances of Ohio State beating Michigan (or vice versa) and losing in the Big Ten championship game are also small, as the Big Ten West is an absolute mess. A one-loss Ohio State team still has a better chance of making it than others.

Michigan is in the same boat. Its success is heavily weighed by its chances in Columbus.

Tennessee (No. 4) will not make it to the SEC championship game, so it is likely that its record ends at 11-1. The team ends the season with road games against South Carolina (64th) and Vanderbilt (62nd). Barring another loss, that would be enough for the Volunteers to make it to the CFP. It’s quite likely that there are two SEC teams in the CFP yet again. If they do lose one of those games…we will have some chaos.

The surprise here is Alabama (No. 3). Could a two-loss Alabama team make it? Well, probably not. The Crimson Tide are not making it to the SEC championship game and lost to Tennessee. The Volunteers would have to collapse for the Tide to have a chance.

But why are they so high in playoff potential? Well, it’s given in the title – playoff potential. Even though the Crimson Tide have two losses, they have the talent to be a playoff team. In addition, their schedule has been ridiculous. Even the best team in TRACR would have trouble replicating Alabama’s current 8-2 – and likely 10-2 – record.

This is a team that beat Texas (No. 8) and Arkansas (18th) on the road, as well as Tennessee and LSU. Plus, its two losses were incredibly close – a game-winning field goal for the Vols and a game-winning two-point conversion for the Tigers. They have had no bad losses.

If they DID pull out one of those wins against Tennessee or LSU, it would be more obvious that Alabama should be in. While the Tide will not make it because of two losses, they are one of the best two-loss teams we have seen.

And then there is TCU. Though they’re fourth in the CFP committee’s rankings, the Horned Frogs are in the top four in our playoff potential ratings because they face a tougher challenge ahead. They need to play Baylor (21st) on the road and Iowa State (33rd) at home. Both games are doable but could still catch them off guard. TRACR gives TCU a 57.7% chance of winning out heading into the Big 12 championship game.

TCU’s opponent in the Big 12 championship game could also be trouble. Kansas State and Texas are in the same tier, per TRACR, while Oklahoma State (44th) could still be a threat despite recent struggles. If the Horned Frogs win out – they’re in. That won’t be easy.

We know that either Ohio State or Michigan will have at least one loss. However, the playoff potential rating still suggests that a one-loss Buckeyes or Wolverines squad would be a better playoff team than one-loss TCU based on each team’s schedule. It will not surprise me if the committee agrees with this, as it has Michigan ahead of TCU. If TCU loses, there’s a chance that the CFP will have two SEC teams and two Big Ten teams.

It looks like Georgia and Ohio State are in. Michigan might need to beat Ohio State or have TCU lose. Tennessee and TCU need to win out. That is the current state of the CFP.

Truth is, TRACR does not rate either conference as high as the SEC, Big Ten, or even the Big 12. Clemson (16th) would have to win the ACC championship game and pray for some chaos in order to get in. The Tigers have played close games they could have easily lost and suffered a 21-point defeat against Notre Dame. According to the playoff potential rating, one-loss Michigan, Tennessee and TCU squads are better positioned than a one-loss Clemson team. There is just not enough room.

The same applies to USC (20th). The Trojans have had close wins to Oregon State (28th), California (93rd) and Arizona (66th), though their only loss was indeed close (a one-point loss to Utah). In addition, they still have a tough challenge ahead when they go on the road to UCLA (52nd) and finish at home against Notre Dame (19th). They clearly must win out with a Pac-12 championship, and that is a tough road. The Pac-12 might finish with the top teams beating each other up, which hurts the conference’s chances for a bid.

There are still two weeks left in the regular season – anything can happen. Embrace chaos and support madness. Most importantly, enjoy the ride. 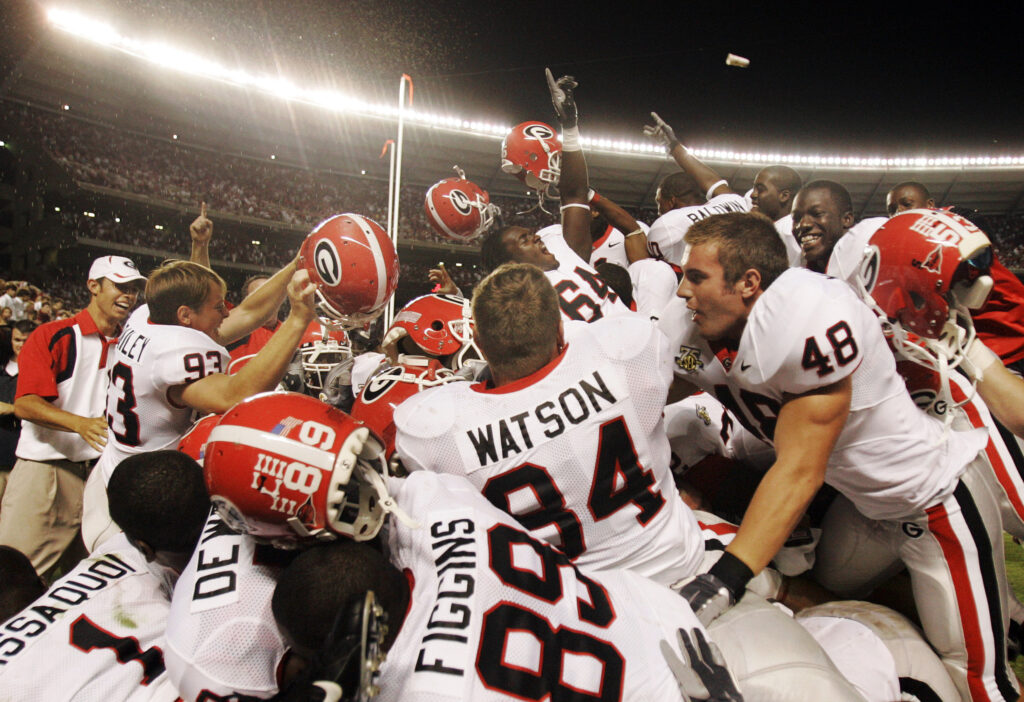 College Football Predictions: Our New TRACR Model’s Teams and Units to Watch in 2022