Belgium vs. Morocco: Prediction and Preview | The Analyst 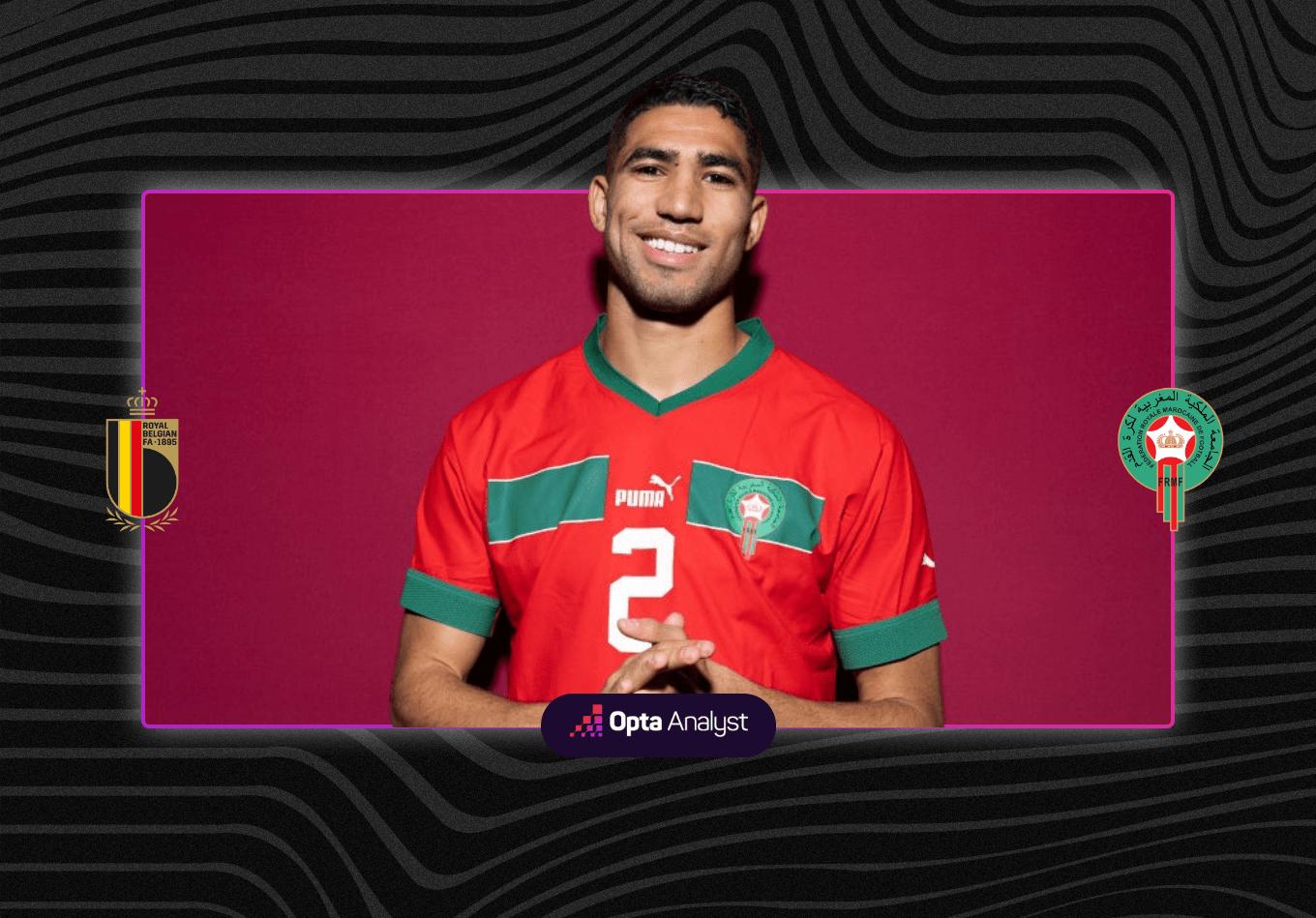 Belgium vs. Morocco: Prediction and Preview

We preview the 2022 World Cup match between Belgium and Morocco, including our pre-match prediction for each team’s second game in Group F.

Play the Opta Challenge for Belgium vs. Morocco now for a chance to win $500

Roberto Martinez will expect a vast improvement from his Belgium side when they go in search of a record-breaking World Cup win over Morocco on Sunday.

The Red Devils were fortunate to beat Canada 1-0 in their first match of the tournament on Wednesday courtesy of a clinical finish from Michy Batshuayi.

Canada were the better side and Alphonso Davies had a penalty saved by Thibaut Courtois before Batshuayi secured all three points.

Belgium looked shaky at the back and got away with a lacklustre performance, Canada failing to find the back of the net with 22 attempts in the opening match of only their second World Cup.

But if Belgium beat Morocco, they will become the first team in World Cup history to win nine consecutive group games.

Morocco held Croatia to a goalless draw in their first Group F match and are plotting to spring a surprise at Al Thumama Stadium this weekend.

The Atlas Lions have injury concerns over Achraf Hakimi and Noussair Mazraoui for the encounter in Doha.

Belgium striker Romelu Lukaku has been back in training as he works his way back from a thigh injury, with head coach Martinez having stated no timeframe has been set on when he might return

Kevin De Bruyne says even if the Red Devils’ all-time record goalscorer is only able to take his place on the bench, that would give the squad a lift.

The inspirational midfielder said: “I don’t know how he is, he has been training with us and also apart these days.

“I must admit that he is a player who helps the team a lot, you can feel his presence on the pitch.

“I don’t even know if he will be there against Morocco, but if he were to start from the bench he would be an extra weapon in the game.”

Belgium are unbeaten in their four World Cup meetings with African teams and came out on top when the two nations met at the 1994 showpiece, Marc Degryse scoring the only goal of the game.

In the absence of Lukaku, Batshuayi stepped up to get Belgium off to a winning start as they rode their luck in midweek.

He had five of Belgium’s nine shots and was the only player to register an attempt on goal for the Red Devils before being replaced in the 78th minute.

If Belgium can exert more control on the game, Batshuayi is capable of rewarding them as he should be full of confidence after his decisive strike.

A lack of goals has been a big issue for Morocco in World Cup matches, with the stalemate versus Croatia being the ninth time in 17 games they have failed to find the back of the net.

Hakim Ziyech is one of the players who is capable of getting them firing in Qatar, where he had two shots and created as many chances against Croatia.

The Chelsea winger has shown he can has the quality to produce moments of magic with his wand of a left foot, which Belgium will be wary of.

Belgium will be expected to make it two wins out of two despite an uninspiring start.

According to our prediction model, Martinez’s men have a 48.7% chance of securing a record-breaking victory.

Morocco will have seen weaknesses to exploit in that Belgium display against the Canadians and they are rated as having a 26% chance of pulling off a shock victory, with the draw at 25.3%.