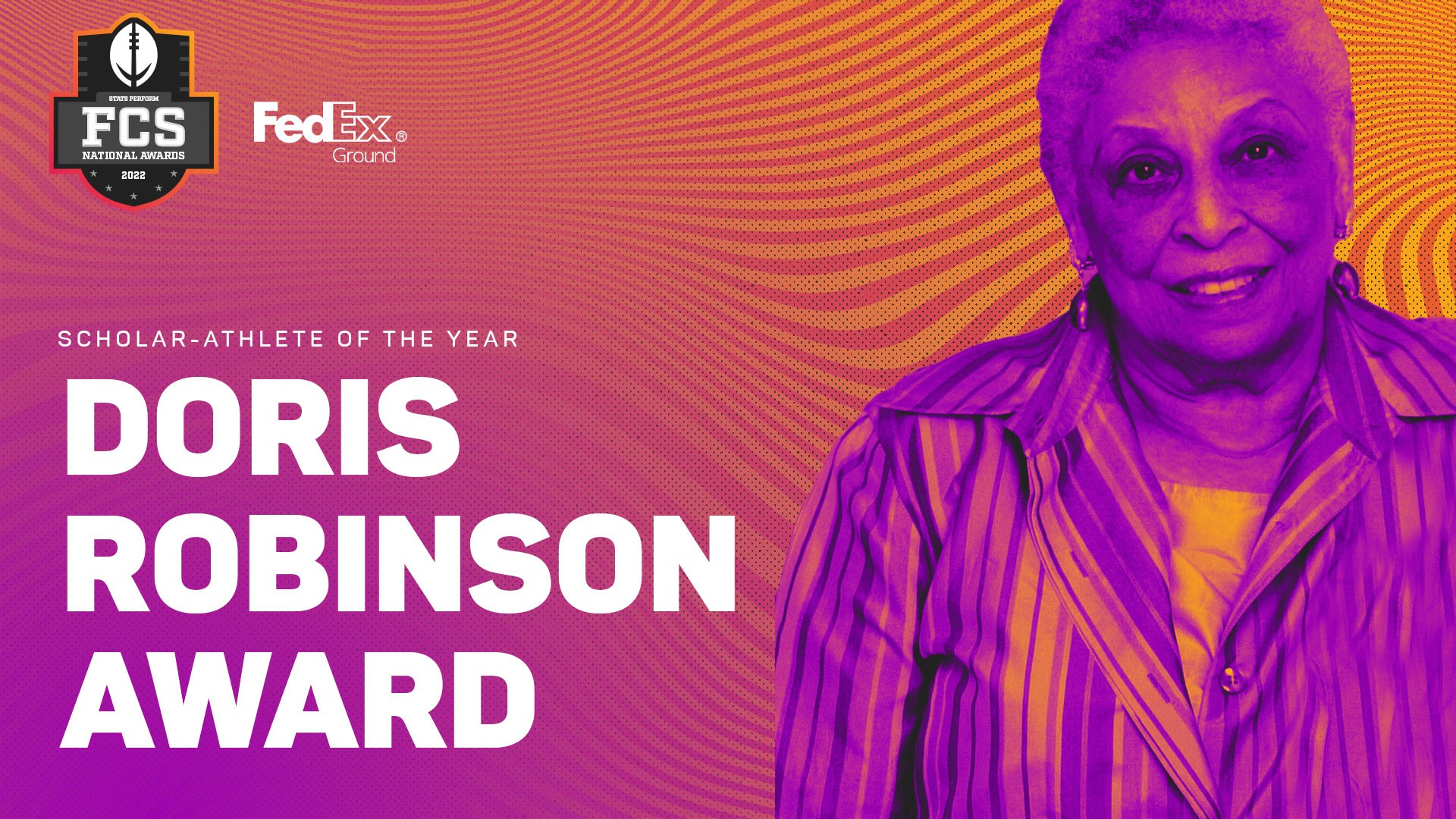 Fifteen FCS players – one from each conference in college football’s Division I subdivision – have been announced as finalists for the 2022 FedEx Ground Doris Robinson Scholar-Athlete Award.

Named after the late school teacher and wife of legendary coach Grambling State coach Eddie Robinson, the eighth annual award is presented to an FCS student-athlete who excels not only on the playing field and in the classroom, but in the community and beyond.

The recipient will be announced on Dec. 12. He will be honored at the FCS National Awards banquet on Jan. 7 in Frisco, Texas – on the eve of the national championship game.

Majoring in Pre-Medicine with minors in Biology and Medicine in Society, 3.98

Majoring in Psychology (Pre-Law concentration) with a minor in Sports Management, 3.58

Working toward Master’s of Business Administration, 3.80; Undergraduate degree in Management

Working toward double majors in Chemistry and Spanish, 3.95

Working toward Master’s of Business Administration, 3.57; Undergraduate degree in Marketing