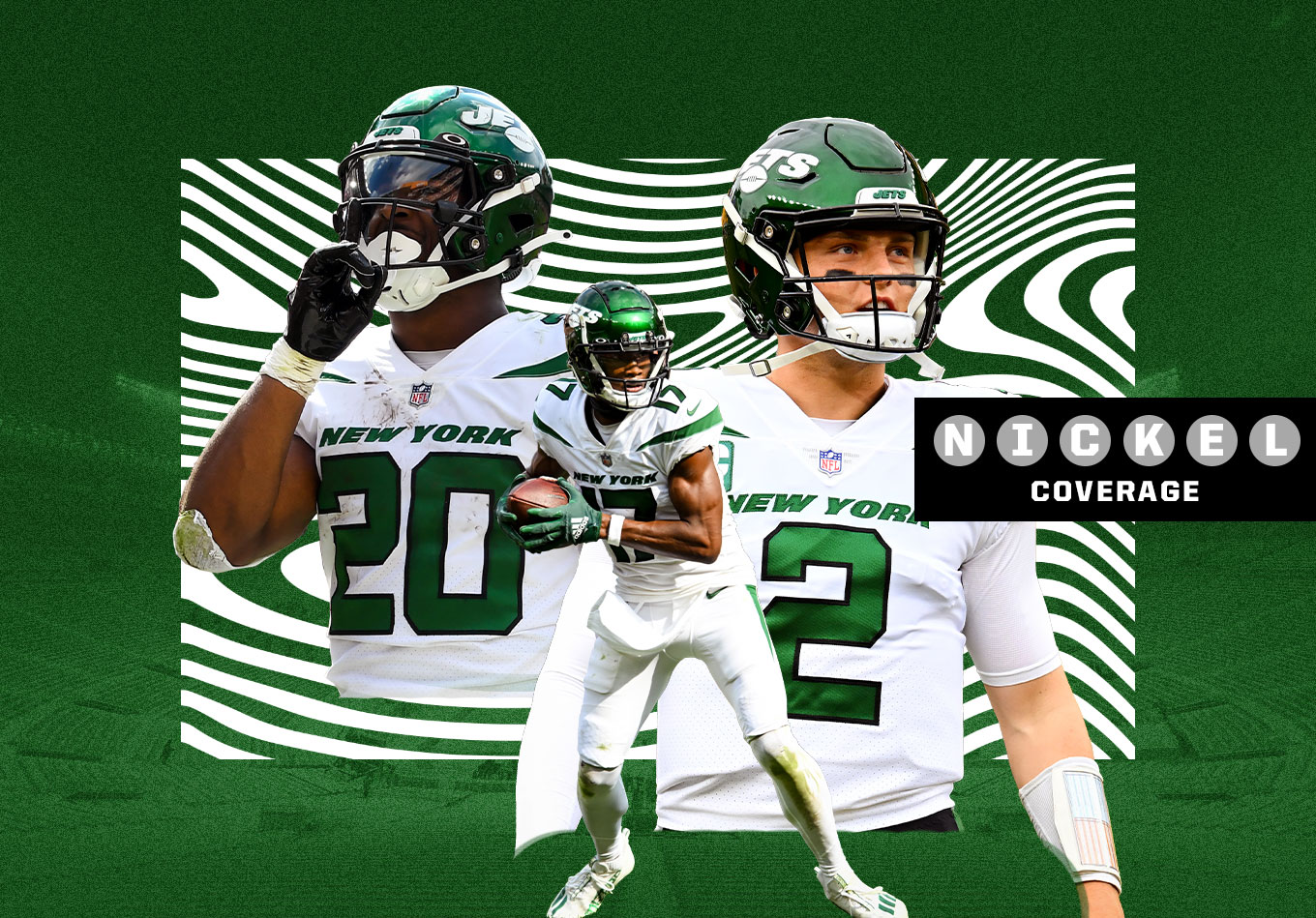 “One thing you can be sure about in life: just when you think that things are never ever going to get better, they suddenly get worse.”

This is a reference from British television, but in the United States, it has applied to the New York Jets for a long time.

As such, it was difficult to envisage anything other than a painful ending to the Jets’ Week 4 game with the Pittsburgh Steelers, which saw Zach Wilson – returning from a preseason knee injury that once looked as if it would end his 2022 campaign before it started – given three minutes and 35 seconds to drive his team down 65 yards for a game-winning touchdown.

The fact he succeeded in doing so and the manner in which he achieved that feat suggests head coach Robert Saleh may soon be able to start pulling out the receipts he so emphatically referenced in response to criticism of his team following a lopsided season-opening 24-9 loss to the Baltimore Ravens.

Wilson’s raw numbers – a completion percentage of 50, 252 passing yards, one touchdown and two interceptions – along with a well-thrown percentage of 77.4 (below the average of 79 for the week) do not illustrate an overly impressive performance from a quarterback the franchise is hoping and praying will make the leap in his second year in the NFL.

And in many ways, Wilson’s display was a “greatest hits” of everything that makes observers doubt his ability to succeed at the highest level. He struggled under pressure, missed throws, attempted dangerous desperate heaves and, unsurprisingly, committed turnovers that might have proved backbreaking on another day.

Yet Wilson never lost the confidence he exuded on the Jets’ first touchdown drive, which saw him hit Elijah Moore on a perfectly timed deep comeback and go back to the same receiver on the deep dig before he then caught the ball for the score from Braxton Berrios on a trick play he celebrated with the Griddy Dance.

There was both grit and that same confidence on display as Wilson then led the Jets on successive touchdown drives to turn around a 20-10 deficit and secure the victory.

He hit Corey Davis in stride on fourth down to keep the first of those drives alive before connecting with Davis again on the whip route for a five-yard touchdown after a succession of red-zone penalties threatened to stall the Jets’ progress.

Wilson was six for six passing on the final drive, producing another pinpoint downfield throw to Davis to help set up Breece Hall’s two-yard touchdown run to stun a Steelers crowd ready to crown Kenny Pickett as their savior after he replaced Mitchell Trubisky at halftime.

Both Wilson and the Jets still have a long way to go. The downs that came with the critical ups in this game reiterated as much. Yet his showing also demonstrated how effective he could become with a talented supporting cast around him.

The Jets’ offensive line has been hit by injuries, but between Hall, Davis, Moore and standout rookie Garrett Wilson, last year’s second overall pick has the skill position players around him to make significant strides in 2022.

Garrett Wilson (two receptions for 41 yards) was kept relatively quiet by his early-season standards, but Davis (five for 74 yards and a touchdown) and Moore (three for 53 yards) shone when it mattered for the Jets, while Hall’s 66-yard effort contained flashes of the upside on the ground that convinced the Jets to take him in the second round.

A big-ticket signing in free agency last year, Davis is repaying the Jets’ investment in him by registering a burn, which is when a receiver wins his matchup with a defender on a play where he is targeted, on 18 of his 24 targets. His burn rate of 75% is the best among receivers with at least 20 targets. He also leads all wideouts in burn yards per target (17.16) and big-play rate (56.1%).

Garrett Wilson is averaging 3.7 burn yards per route, well above the average of 3.0, and all three of the Jets’ top trio of wideouts have double-digit receptions for first downs. Davis has racked up 13, Garrett Wilson has 12 and Moore 10. Hall, meanwhile, is averaging 4.7 yards per attempt and has put up 3.24 yards before contact per rush (the average for backs with at least 10 attempts is 2.51), showing burst that was doubted by some draftniks prior to his selection by the Jets.

On the other side of the ball, however, there are still doubts about a defense that has allowed 12 offensive touchdowns, tied for the third-most in the NFL, even after a performance in which they picked off Trubisky once and Pickett three times.

While the Steelers were missing star edge rusher T.J. Watt and dealing with subpar play at quarterback, a win on the road in Pittsburgh is one that should instill confidence in the ecosystem and in Wilson.

Games against the Miami Dolphins, Green Bay Packers and Denver Broncos present a challenging immediate road ahead for Wilson but after his fourth-quarter heroics in Pittsburgh, there is room for confidence that this time, with this quarterback and this surrounding cast, things will finally get better for the Jets.