Cover 3: Mahomes Versus the 49ers and Other Must-See Matchups of the NFL’s Week 7 | The Analyst 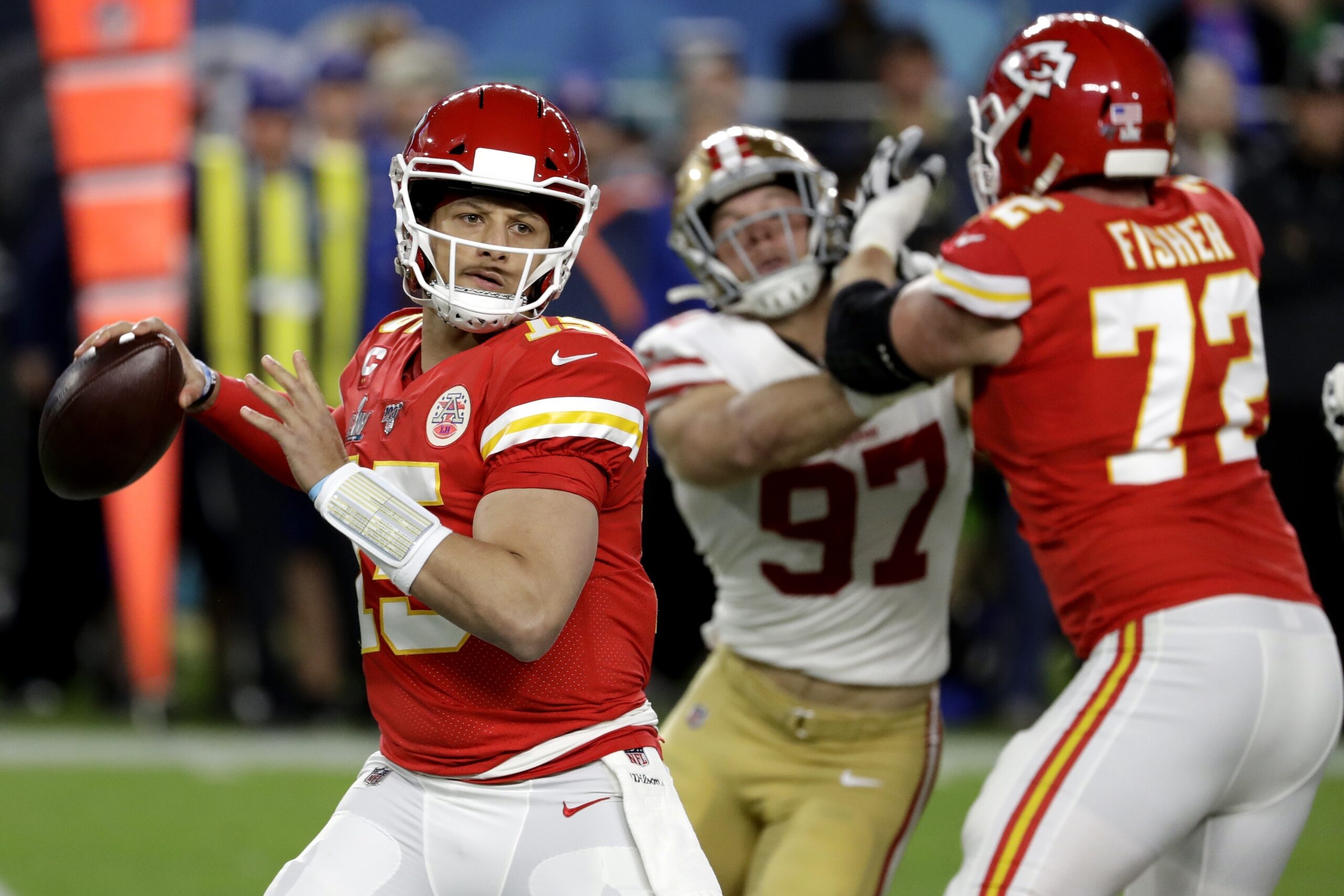 Cover 3: Mahomes Versus the 49ers and Other Must-See Matchups of the NFL’s Week 7

Not every NFL week is going to be filled with great games. The law of averages says there will be some clunkers.

But it only takes one game to spice up a Sunday, and Week 7 has such a contest in the form of a Super Bowl rematch.

The Kansas City Chiefs beat the San Francisco 49ers in Super Bowl LIV three seasons ago when the Niners failed to finish the job in Miami despite having led 20-10 with seven minutes remaining.

San Francisco’s first chance for a measure of revenge comes on Sunday, when the 49ers host the Chiefs in a game SmartRatings sees as the best of the weekend.

Here, we take a look at the Chiefs-49ers clash in the Bay Area and two other games viewed as the most exciting of Week 7 and the key matchups that could decide them.

Randall Cobb’s injury means Aaron Rodgers has even fewer receivers he can trust, so Lazard can expect plenty of targets to come his way as the Packers look to end a two-game losing run.

The numbers suggest Lazard will be able to find joy against a vulnerable Washington secondary.

He has produced a big play on 12 of those targets, good for a big play rate of 37.2% that is 11th among wideouts with at least 20 targets.

Benjamin St. Juste and Kendall Fuller, Washington’s starting corners, have allowed 12.27 and 13.15 burn yards per target, respectively. The average for corners with at least 20 targets is 10.05.

Both have given up a big play on over 30% of their targets (St. Juste 31.3% and Fuller 36%) at a position where the average is 25.5. In other words, Rodgers and Lazard should theoretically be able to thrive against both starting corners. If they do, the passing game might finally get on track and boost Green Bay’s hopes of a deep playoff push many anticipated before its underwhelming start.

The AFC South is turning into a dogfight, with the Titans leading the Colts by half game going into this divisional clash.

For the Colts to make sure the tie with the Houston Texans that separates them and the Titans does not prove costly down the stretch, they need to knock off Tennessee. Doing that will involve stopping Jeffery Simmons, who has been a force on the interior of the Tennessee defense.

Simmons has beaten a pass protector on 18 of his 23 pressures this season. Only five interior defensive linemen have defeated a blocker on a pressure more often.

However, the Colts have a left guard in Quenton Nelson who has once again been one of the NFL’s elite at his position in 2022.

Nelson has allowed a pressure on just 3.1% of his pass protection snaps, giving him the sixth-best pressure rate among guards with at least 100 snaps this season.

The Colts will at least need to slow down Simmons for their passing game to prosper as it did against the Jacksonville Jaguars, and the heavyweight battle between two former first-round picks in the heart of the trenches could well decide who takes command of the division.

A Super Bowl rematch between two teams coming off losses was made spicier with the news of San Francisco’s blockbuster trade for running back Christian McCaffrey on Thursday.

But McCaffrey is unlikely to have much of an impact if he does play on Sunday given the limited time he has had to absorb the 49ers playbook.

More key to San Francisco’s hopes of at least partially avenging its Super Bowl collapse is the performance of a player who intercepted Mahomes in that game: Fred Warner.

The 2020 first-team All-Pro is the organizational heartbeat of the defense, the man who plays a pivotal role in ensuring DeMeco Ryans’ group is ultra-disciplined and consistently in the right position to make plays.

That discipline fell down in a Week 6 loss to the Atlanta Falcons as an extremely banged-up defense struggled to handle the Falcons’ array of motions and zone-read runs involving quarterback Marcus Mariota.

San Francisco will get back a host of players from injury this weekend and the defense must do a better job of handling motion against an offense that heavily relies on it. It also will have to be alert to Mahomes’ running threat, which for defenses is a frustrating complement to the wondrous things he can do throwing the ball.

Still, with no Tyreek Hill, the Chiefs’ avenues to explosive plays are not as plentiful as they once were, and the 49ers will likely approach Kansas City in a similar way to the Buffalo Bills last week. That means leaning on two-high safety zone coverages in an attempt to force Mahomes to attack underneath.

Warner has allowed receivers to get open in zone coverage on just 10.87% of his zone plays. His zone open rate is the best in the NFL among linebackers.

With his acumen in that area of the game and the athleticism he possesses to run downfield with Mahomes’ primary target Travis Kelce, a bounce-back effort from Warner will be crucial to San Francisco’s hopes of overturning odds that are slightly in Kansas City’s favor.