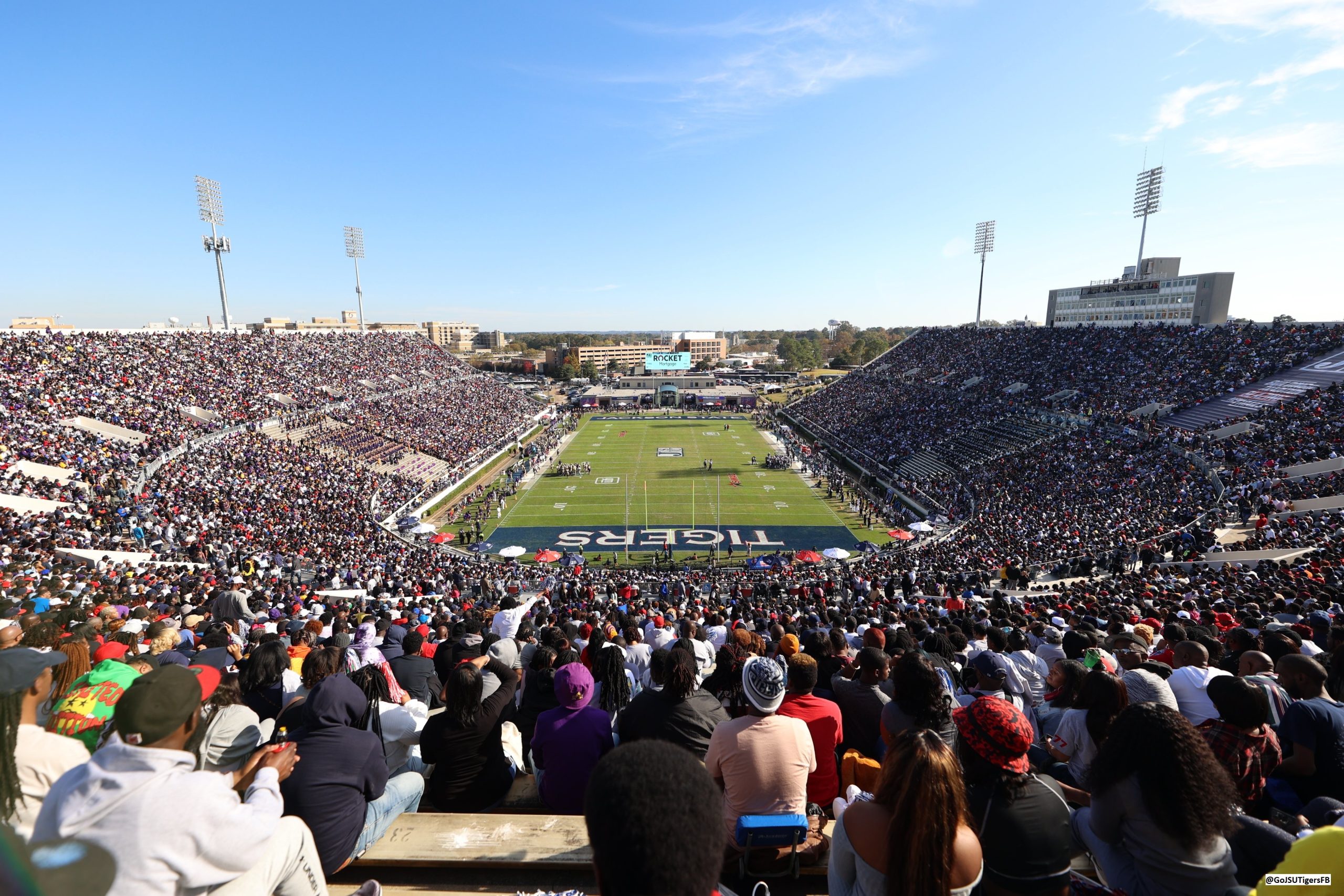 There are a number of reasons for ESPN’s iconic traveling pregame show “College GameDay” to showcase Jackson State on Saturday.

The flair of Tigers coach Deion Sanders – Coach Prime, to many people – might be enough cause.

But there’s also the program’s quick turnaround into an FCS national power, Sanders’ compelling impact on the profile of HBCUs, even the onset of a water crisis in Mississippi’s capital city right before Jackson State’s season.

There’s even fan attendance that continues to soar to record levels. Jackson State is off to its best start since 1983 at 7-0, and six of the games rank in the top nine of 2022 single-game FCS attendance (non-FBS hosts), with the other game at 20th overall.

A Jackson State game remains the place to be with the Tigers having played before a combined attendance of 259,277, or 37,040 on average.

At Mississippi Memorial Stadium, from where “GameDay” will broadcast for the 11th time at an FCS host site and before Jackson State faces SWAC rival Southern later in the day, the three-game attendance is 114,312, or 38,104 on average. The average is No. 1 by far among 130 FCS programs and better than over half of the nation’s 131 FBS programs.

This season, the maximum number of JSU home games would be five. The Tigers are coming off a non-conference win over Campbell before 51,596 – the school’s new Homecoming game record – but the Southern game is their fourth and final at home in the regular season. However, like last season, they could wind up hosting the SWAC championship game on Dec. 3.

In November, the Tigers’ games are at Texas Southern, Alabama A&M (to be played at the larger Ladd-Peebles Stadium on South Alabama’s campus) and Alcorn State.

Given the anticipated direction of the season, Coach Prime and Co. appear destined for a second consecutive SWAC title and appearance in the Celebration Bowl at Mercedes-Benz Stadium in Atlanta on Dec. 17. If so, another 13-game season attendance might fall just shy of a half million, but it could very well surpass last year’s overall total.

(A look back to the 2021 FCS National Awards: Deion Sanders and Shedeur Sanders)