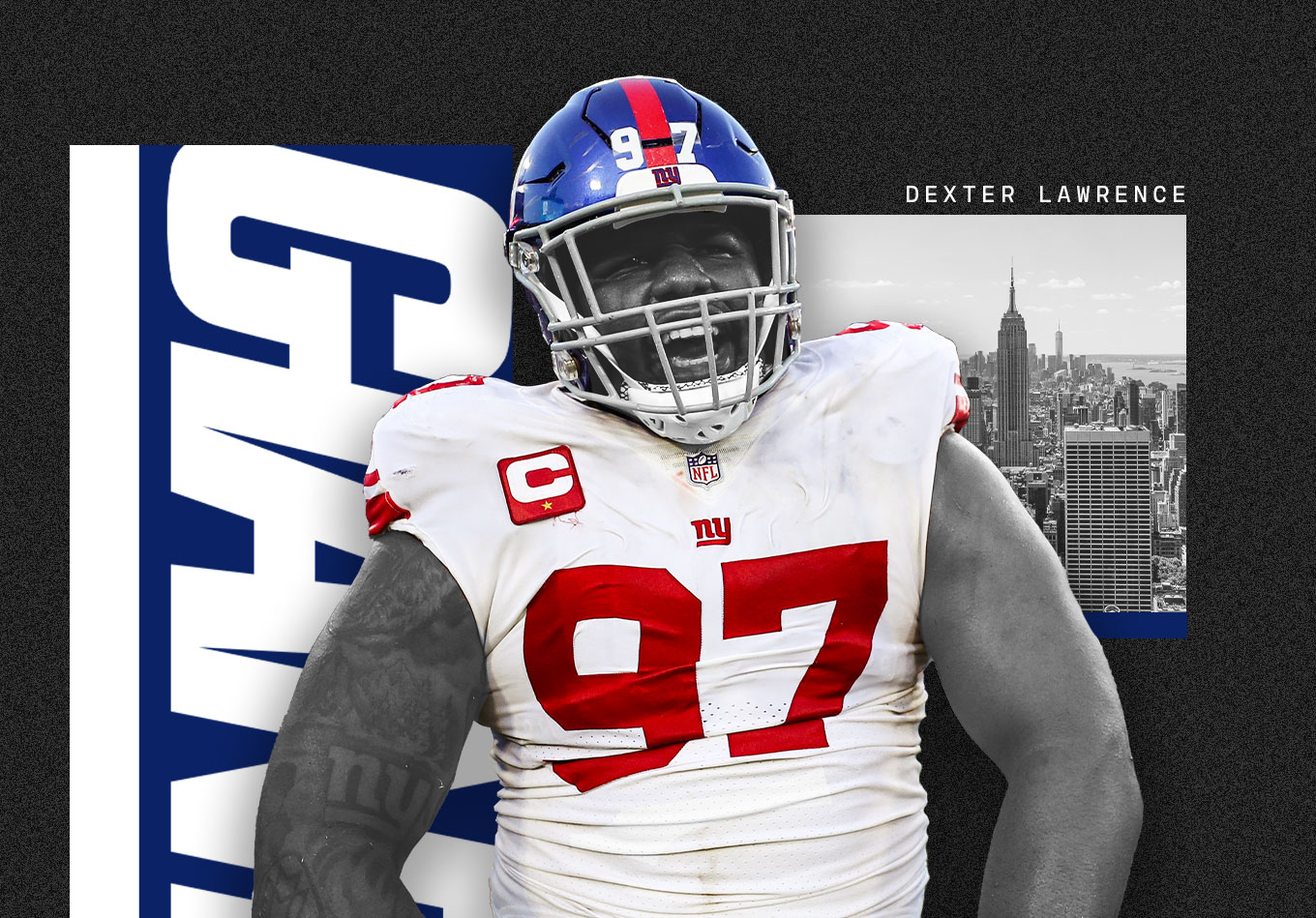 Dexter Lawrence’s assessment of his own skill set could be viewed by some as arrogant.

“I go into a game, honestly, knowing that I’m not going to be able to be stopped. I do feel like, right now, I’m unblockable,” the New York Giants defensive tackle recently told NorthJersey.com.

“I’m gonna work all my technique. I’m gonna play strong, play fast and just whoop the guy in front of me. That’s my mindset. I don’t really care what he does. He can change it up mid-game. My whole focus is whooping that guy in front of me, I’ve always felt that way, but now, it’s just showing.”

However, confidence that borders on irrational is part of the deal with NFL players, and Lawrence is backing his words up with the finest season of his career so far.

Lawrence has already tied his career high with four sacks, serving as a cornerstone on defense for a Giants team that has stunned the league by surging to a 6-1 record.

But is he unblockable? We’re diving the advanced numbers around Lawrence’s season in an attempt to verify such a bold claim.

Lawrence has typically been known for his run-stopping abilities from the nose tackle spot, but this season he’s creating pressure at a level akin to arguably the finest defensive player of all time.

Indeed, among interior defensive linemen with at least 100 plays this season, Lawrence’s pressure rate of 24.3% is behind only that of three-time Defensive Player of the Year Aaron Donald (28.8%) and Quinnen Williams of the New York Jets (25.0%).

His stunt-adjusted pass rush win rate is second only to Donald. Lawrence is deemed to have won his rush on 72.8% of his snaps, with Donald just ahead on a remarkable 74.0%.

However, it’s in the run game where his numbers are not as impressive.

Lawrence’s numbers against the run could be viewed as a disappointment, considering his reputation for strength in that area.

He has a run disruption rate of 20.3%, which is below the average of 23.1 for interior defensive linemen with at least 20 snaps.

Similarly, his run block win rate of 49.2% is only just above the NFL average of 49.0, and it pales in comparison to Donald’s incredible 84.2% win rate.

Yet that is partly a symptom of the different jobs Donald and Lawrence are asked to do in run defense.

While Donald is constantly looking to knife through opposing offensive lines to bring down the ball carrier behind the line of scrimmage, Lawrence has played 81 of his 123 run defense snaps at nose tackle, lining head up on the center and tasked with holding ground and soaking up double teams at the point of attack to allow teammates to slip through open lanes to the football.

Even if Lawrence’s numbers are not what may be expected of him in the run game, it is a trade-off the Giants will take if he keeps delivering such tremendous highs as a pass rusher.

Game-wrecking performances are becoming a norm for Lawrence, who also has three tackles for loss and a forced fumble to his name in 2022.

He racked up 10 pressures and two sacks in the Giants’ Week 4 win over the Chicago Bears and six pressures in the victories over the Carolina Panthers and Baltimore Ravens.

Against Baltimore, he had a sack, two quarterback hits, a tackle for loss and a pass breakup, making a string of splash plays that ultimately proved key in the Giants producing a comeback versus a Ravens team that looks increasingly like one of the best in the AFC.

Lawrence beat former Giant Kevin Zeitler with a rip move before flattening his rush to bring down Lamar Jackson in that contest. It came on the Ravens’ final drive of the first half, which they started with 65 seconds left, and put them back on their 5-yard line, taking away any realistic hope of them coming away with points.

On the first Baltimore drive of the second half, Lawrence displayed more of his pass rush weaponry to pressure the dual-threat quarterback.

He used an arm-over move to beat center Tyler Linderbaum and then ripped past Zeitler to bear down on Jackson inside the 5-yard line, only for the elusive QB to evade him in the pocket and scramble to the 25-yard line.

Linderbaum, a rookie, had consistent problems pass protecting against Lawrence.

On the Ravens’ penultimate drive, Lawrence defeated his block with an outside-inside move. Lined up on Linderbaum’s left shoulder, Lawrence initially rushed towards that outside shoulder, before using his quickness and power to work back to the inside and get a clear path to Jackson, who got a short pass away for a 4-yard gain on second-and-5.

The Ravens took a penalty on third-and-1 and Jackson was then intercepted, setting in motion a dramatic collapse for Baltimore.

Lawrence is not ‘unblockable,’ but the pass-rush numbers and his performances are illustrative of the 2019 first-round pick firmly justifying that selection by developing into an elite interior rusher.

Should he continue in this manner, the Giants will likely face the prospect of handing out a lucrative extension to keep Lawrence around beyond 2023. Though his emergence may complicate things financially for New York, the timing could otherwise hardly be better, with Lawrence breaking out in the same year they landed edge rusher Kayvon Thibodeaux in the draft. Thibodeaux forced the fumble that sealed the game against Baltimore.

With a top-tier prospect who is gradually having more of an impact on the edge and Lawrence rapidly becoming a pass-rushing force on the interior, the Giants have a combination that gives them a fearsome defensive front for years to come.

Lawrence may not be unblockable, but his dominance has been critical to one of the most surprising storylines of the 2022 season and will be key to the Giants’ hopes of sustaining their turnaround.