The Smith-Schuster Solution: How JuJu Is Helping the Chiefs Thrive Without Tyreek Hill | The Analyst 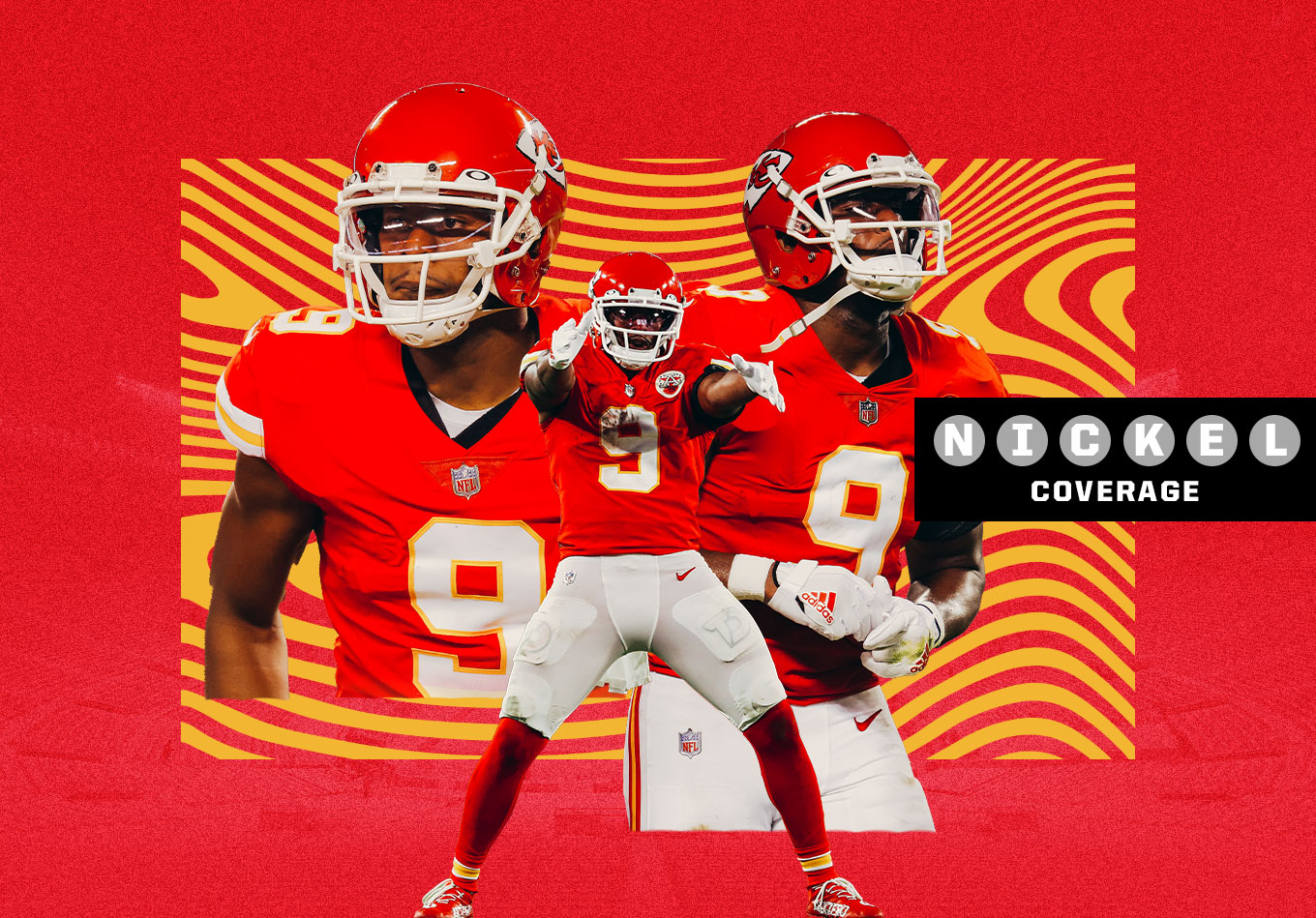 The Smith-Schuster Solution: How JuJu Is Helping the Chiefs Thrive Without Tyreek Hill

By stunningly trading Tyreek Hill in the offseason, the Kansas City Chiefs parted with a player whose unparalleled speed consistently served as their easiest avenue to explosive plays.

Juju Smith-Schuster may have initially seemed a curious fit as his replacement. But after back-to-back 100-yard receiving performances, he’s proving to be the ideal No. 1 wideout for the Chiefs to attack how defenses are attempting to defend them in 2022.

While tight end Travis Kelce is Patrick Mahomes’ unquestioned top target in the post-Hill era, Smith-Schuster is rapidly developing an increasingly potent rapport with a quarterback who is in a seemingly ceaseless battle with Josh Allen for the title of the league’s most frightening signal-caller.

The San Francisco 49ers will spend the early part of the week before Halloween trying to learn the lessons from their previously top-ranked defense’s nightmare showing against the Chiefs.

After catching all five of his targets for 113 yards and a touchdown in the Chiefs’ 24-20 loss to the Buffalo Bills last week, Smith-Schuster enjoyed another sensational display at Levi’s Stadium.

He finished with seven catches on eight targets for 124 yards and a touchdown that was the knockout blow in the Chiefs’ 44-23 win over the 49ers.

Smith-Schuster produced a burn, which is when a receiver wins his matchup on a play in which he’s targeted, on seven of his eight targets against San Francisco and averaged 15.5 burn yards per target. Among receivers targeted at least five times in Week 7, only Jaylen Waddle and Tyler Boyd averaged more.

Those numbers are a continuation of a theme from the Week 6 when Smith-Schuster registered a burn on each of his targets and averaged 22.6 burn yards per target against the Bills.

For the season, Smith-Schuster now has a burn rate of 72.3%, which is third among wide receivers with at least 25 targets.

In other words, he’s creating separation at an elite level and, as he displayed versus the 49ers, he’s doing so regardless of the coverage he is facing.

Smith-Schuster was outstanding in Week 7 when attacking both man and zone coverage. Against man, he used his physicality and his 215-pound frame to win his matchups with the San Francisco cornerbacks.

He ran a pivot route on third down and relied on his superior bulk to get free of Deommodore Lenoir and convert with a 5-yard gain to set up the Chiefs’ first touchdown to Mecole Hardman.

Smith-Schuster then converted on second down on a 6-yard slant, getting physical with former Chief Charvarius Ward to keep Kansas City out of a third-down situation on a drive that ended with another touchdown for Hardman.

The former Pittsburgh Steeler ended the first half with a 19-yard reception on a back shoulder throw, which he brought in by easily beating backup corner Ambry Thomas at the catch point.

In the second half, though, Smith-Schuster thrived through his ability to exploit zone coverage.

The Chiefs proved nearly unstoppable on third down, and Smith-Schuster came up with a key conversion on third-and-2 that eventually culminated with a Mahomes strike to Justin Watson to put them up 28-16.

San Francisco rotated to a two-deep safety zone coverage at the snap, but it was the Niners who were fooled by Mahomes. He didn’t turn his eyes to Smith-Schuster until the last second as a route by tight end Travis Kelce held nickel defender Jimmie Ward and created a big hole in the zone into which Smith-Schuster ran an out-breaking route.

Smith-Schuster broke his route to the outside at the perfect depth to ensure safety Tashaun Gipson had too much ground to make up, with Mahomes putting the ball high where only his receiver could get it as they connected for a 15-yard gain.

Mahomes was able to hold the defense with his eyes because of obvious faith Smith-Schuster would be in the right spot to make the play, and that confidence in the Chiefs’ new top wideout will keep blossoming if he continues to make plays after the catch. He ranks 13th in the NFL in that category with 210 yards so far.

On the drive that set up Hardman’s third and final touchdown, Mahomes settled for a short throw to Smith-Schuster on an underneath crosser against a Cover 6 look protecting the end zone. But Smith-Schuster broke one tackle and gained 20 yards to put the Chiefs on the 3-yard line.

The final scoring drive was dominated by Smith-Schuster, who on a second-and-20 got the Chiefs in position to convert on third down by gaining more yards after the catch on a 14-yard completion from Mahomes on a stop route. Corner Charvarius Ward was again playing zone, but dropped deep to guard against a corner route from Hardman, giving Smith-Schuster an easy reception.

His defining contribution came on the next play on another routine catch that Smith-Schuster turned into a long touchdown, capitalizing on a zone coverage bust to surge 47 yards into the end zone. Smith-Schuster was left alone to settle into a huge void in the middle of the field. That space should have been occupied by All-Pro linebacker Fred Warner, but he had vacated the area to cover Kelce, leaving Smith-Schuster free to cap a dominant day for the Chiefs’ offense in style.

Hardman’s three touchdowns and Mahomes’ 423-yard day may have attracted more attention, but it is the astute acquisition of Smith-Schuster that is unlocking this latest version of Andy Reid’s offense.

Smith-Schuster offers Mahomes a receiver who excels attacking zone coverage and can consistently turn short throws into plays that wear down a defense even when it has succeeded in forcing him to take the underneath option through the use of the two-high zones that have become the default reply to the Kansas City attack.

Despite not having top-end speed, Smith-Schuster can critically also win against man when defenses take a more aggressive approach to the persistently infuriating challenge of trying to stop Mahomes. He could scarcely be a more different receiver to what Mahomes had when Hill was his No. 1 wideout, but Smith-Schuster’s skill set is one that gives the Chiefs answers to the variety of tests defenses are throwing at them.

And, as the burgeoning chemistry between Mahomes and Smith-Schuster grows, it will once again be defenses who are left desperately searching for a solution.