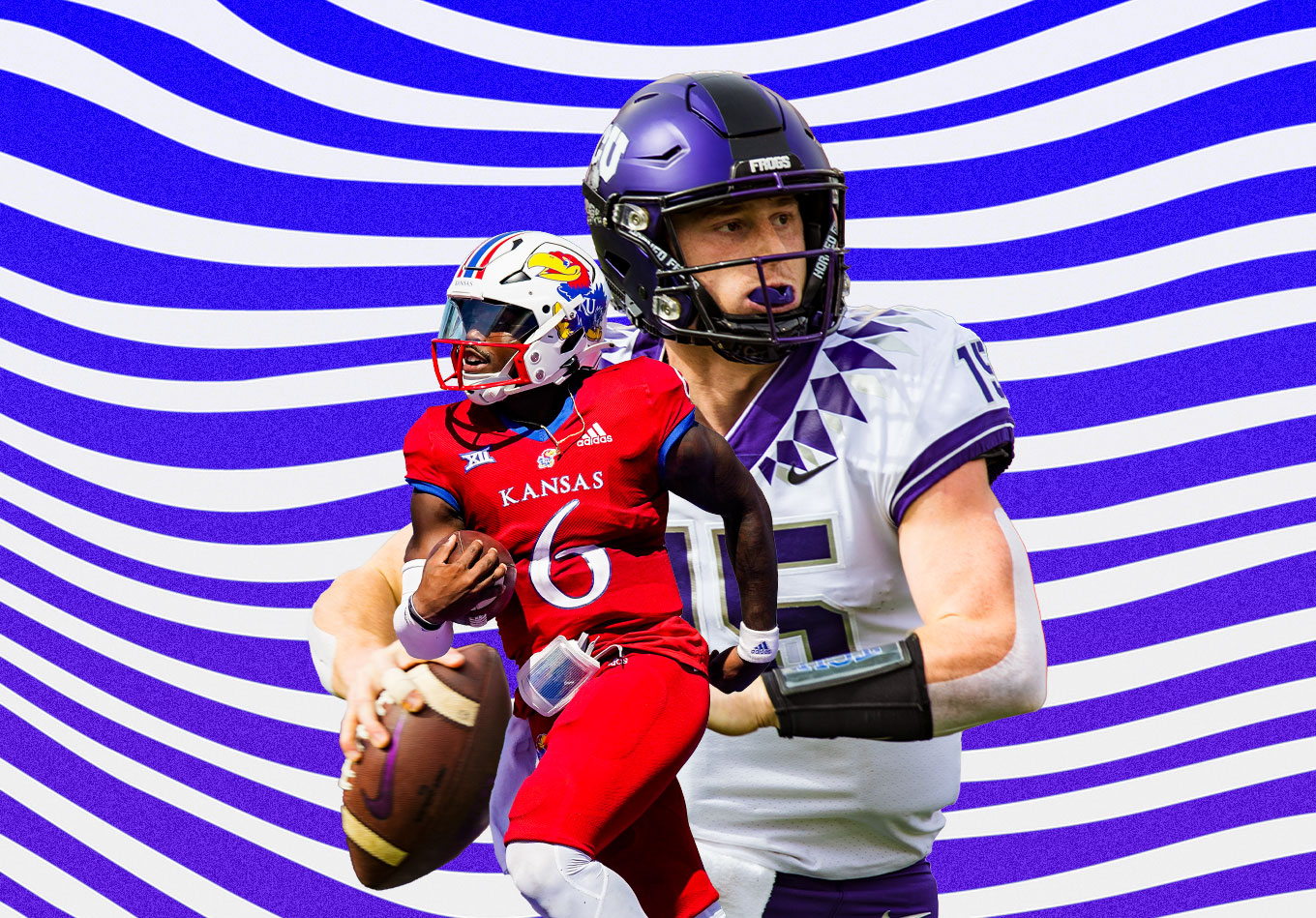 Does anybody want to win the Big Ten West? My goodness.

After we touted Minnesota last week, the Gophers went cold against Purdue. Wisconsin seemed to be the preseason favorite, but the Badgers are off to a disastrous start that has led to the surprise firing of Paul Chryst. Iowa’s defense is great, but it wasn’t enough against Michigan.

TRACR still favors Minnesota at least. Recall that TRACR (Team Rating Adjusted for Conference and Roster) is a net efficiency metric that evaluates how well a team performs based on who they play. The model, which is trained on over 10 years of college football data, rewards big wins over good teams and punishes losses to bad ones or even wins that are closer than expected.

And the Golden Gophers, despite their weak performance against the Boilermakers, rank fifth in TRACR. Keep in mind that they played tremendous football before last Saturday, so one bad game will not shift them as much (especially when it was not a blowout). One more game like that, however, will drop Minnesota.

The winner of the Big Ten West…will likely lose to Ohio State in the Big Ten Championship.

Not only is Ohio State No. 1 in TRACR this week, but its offensive TRACR is currently at an all-time high. No team over the last 10 seasons has finished with an offensive rating as high as Ohio State’s current rating (25.3). Scoring 178 points over three games will do that. TRACR gives Ohio State a 72.2% chance of winning the Big Ten.

TRACR shows how much of a gap there is between the first four teams – Ohio State, Alabama, Michigan and Georgia – compared to the rest. There is not much of a difference between Minnesota and No. 12 Arkansas. College football is usually top heavy, but that’s quite the case this season.

Still, there have been many exciting storylines this season. Is there anything better than seeing Kansas football back? The Jayhawks (48th in TRACR) are 5-0 this season after combining for five wins over their previous three seasons. Lance Leipold has built one of the most exciting teams in the country. This is a school that just won the men’s NCAA Basketball Tournament, and yet everyone is talking about football in Lawrence!

There’s one problem, however. Kansas’ remaining schedule is tough. While the Jayhawks have impressed with road wins against West Virginia and Houston, they still must go on the road to Oklahoma (28th), Baylor (14th), Texas Tech (37th) and Kansas State (16th). The opponents coming to Lawrence are not easy, either.

TRACR projects that Kansas will finish with between 6-7 wins, illustrating how tough its remaining schedule is. Still, it is more victories than anyone could have imagined.

Including Kansas, the Big 12 has been impressive this season, though nobody has stepped ahead as a clear favorite yet. Perhaps TCU (No. 9) can be a surprising one – the Horned Frogs have only played four games, but they put up 55 points against Oklahoma! They are averaging 48.5 points, tied with Tennessee for second most in the FBS behind Ohio State (48.8). With 11 touchdown passes and no interceptions thus far, Max Duggan might be up there as a Heisman Trophy candidate.

Who would have thought that TCU versus. Kansas would be more exciting than Texas A&M vs. Alabama, but here we are. TRACR projects TCU’s pass offense to go through Kansas’ defense – the Horned Frogs have a 75% chance of winning.

Let’s take a look at the rest of the top games this week: