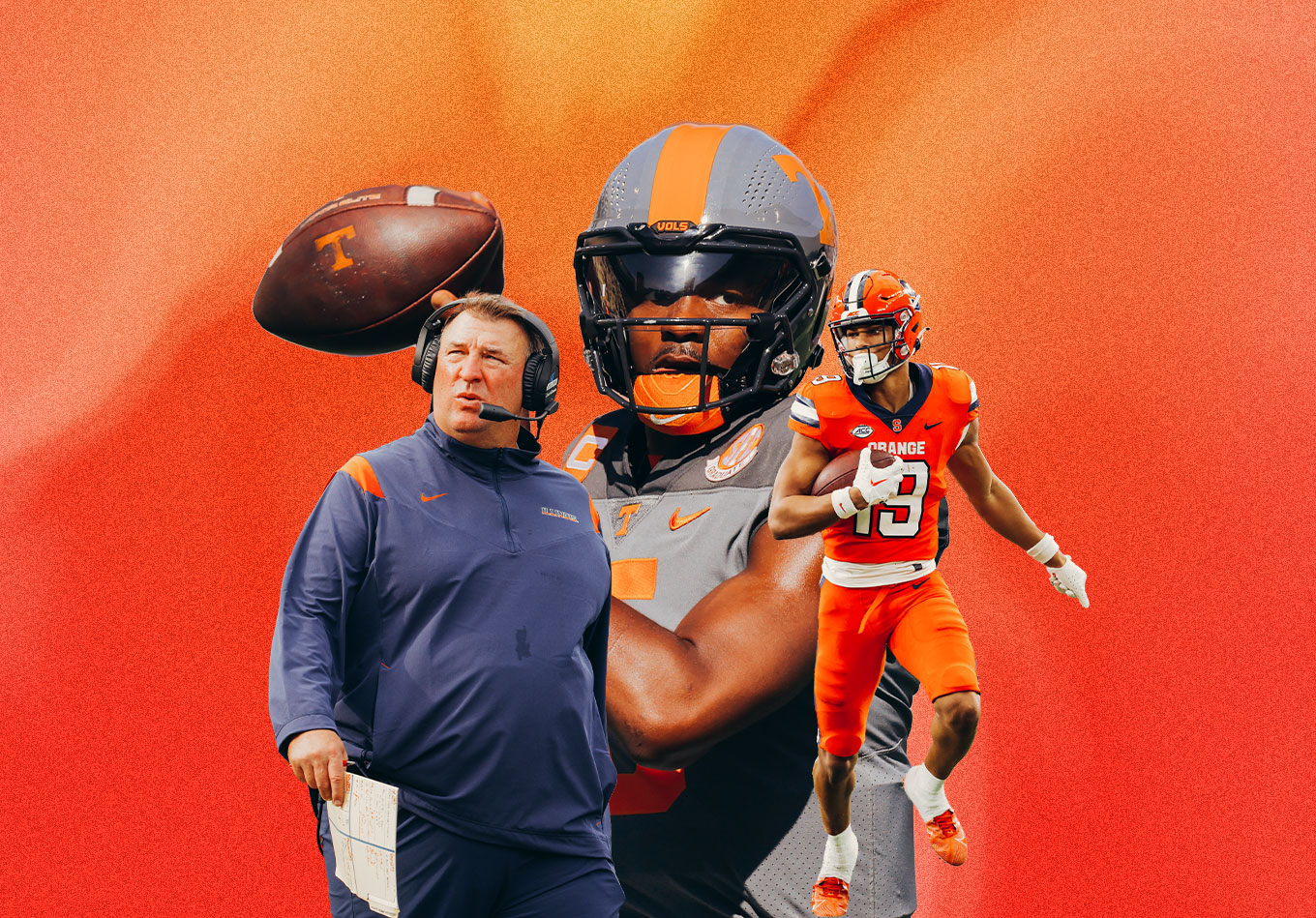 This week will have a theme – orange.

No, I am not talking about Orange County, or orange chicken, or even a way to describe the former president’s physical appearance.

This week is the week to discuss Tennessee. It’s time to dig into Illinois. And it’s time to examine the ACC, namely Syracuse and Clemson. So…orange teams rule the day in college football.

The fact is that TRACR has been a big fan of Tennessee all season long. TRACR (Team Rating Adjusted for Conference and Roster) is a net efficiency metric that evaluates how well a team performs based on who it plays. The model, which is trained on over 10 years of data, rewards big wins over good teams and punishes losses to bad ones or even wins that are closer than expected.

Tennessee (No. 6 in TRACR) does exactly what TRACR wants to see. It rewards the Vols for beating good teams like Alabama (No. 2) and LSU (19th) while clobbering easier opponents like Ball State (116th) and Akron (130th of 131). Sorry, MAC fans, but it is what it is.

After beating Alabama in one of the best games in years, Tennessee now has an 18.3% chance of winning out, according to TRACR. The Volunteers have not even had a season in which they lost one or fewer games since they were the undefeated national champions in 1998.

Still, if the Volunteers lose a close one to Georgia and win the rest of their games, they should still be in line for a playoff appearance (TRACR expects them to finish with 10-11 wins).

While the Vols defense has been just OK (ranks 41st in the FBS, per TRACR), Hendon Hooker has shown that he can carry this team to the playoff. Tennessee’s offense ranks second in the FBS behind only Ohio State.

But forget about offense for a second – let’s talk defense. TRACR’s best defensive team in the FBS right now is….Illinois???

It is incredible to think that the Fighting Illini are allowing an FBS-best 8.9 points per game. In a conference that has some dominant teams defensively, there aren’t many who picked Illinois to have the best defense.

Illinois has defended both the pass and run exceptionally well. Wisconsin (30th) was held to TWO rushing yards on Oct. 1, while Minnesota (17th) was held to 38 pass yards last week.

It seemed like the wrong decision when Bret Bielema left Wisconsin to go to Arkansas, but he has now found a home in Illinois. Not only should he be a favorite for Big Ten Coach of the Year, but as a national candidate as well. Bielema won the Big Ten award with Wisconsin in 2006.

TRACR now has the Illini as the eighth-best team in the country and favorites to win the Big Ten West (61.2%). They have a small chance of winning the Big Ten (11.7%), but making it to Indianapolis this year would be momentous.

Speaking of surprising teams, how about Syracuse? TRACR predicted the Orange to finish third to last in the ACC, finishing with an average of 5.3 wins and a 44.6% chance to make a bowl game. However, it’s clear that they have exceeded expectations.

Now ranked 16th in TRACR, Syracuse is projected to have a 10-win season and has a 24.6% chance of winning the ACC. There’s also a 9.6% chance that the Orange go undefeated during the regular season.

The second half of Syracuse’s schedule is not easy, however. Perhaps the biggest game this week will be Syracuse at Clemson (24th). While TRACR has not been as high on the Tigers as everyone else, they are still a slight favorite in this game with a 52.1% win probability. Clemson has gone 8-1 against Syracuse since the Orange joined the ACC.

Syracuse’s next five games are challenging. After Clemson, the Orange go on to play Notre Dame (40th), at Pittsburgh (60th), Florida State (32nd) and then at Wake Forest (14th). TRACR still sees the ACC as a toss-up, though. Winning at least four of these games could still put Syracuse as favorites to win the conference.

In addition to Syracuse versus Clemson, let us look at the upcoming matchups for this week’s games: