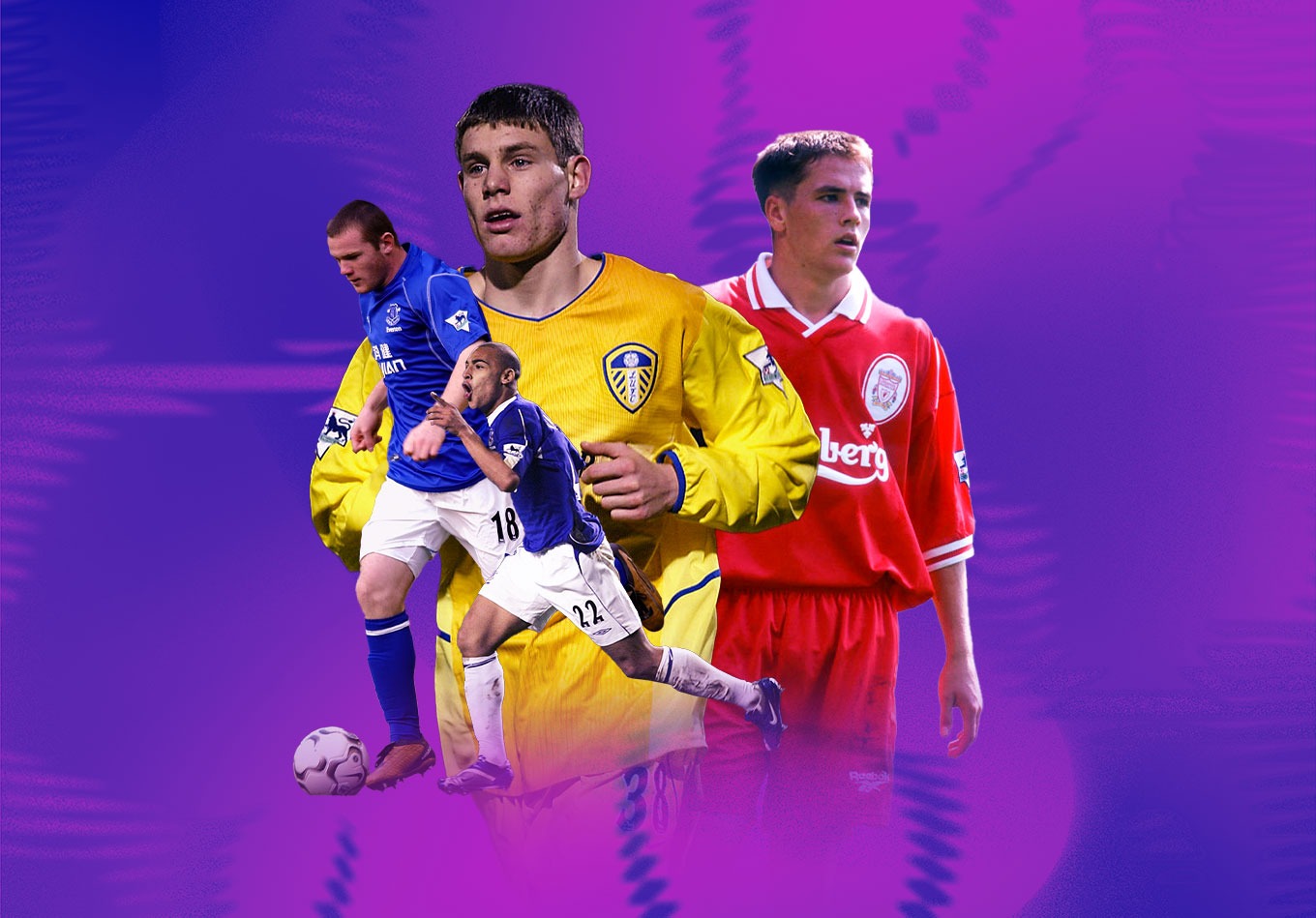 Who are the youngest Premier League scorers? We look back at various age-related goal records in the competition.

James Vaughan became the youngest Premier League scorer in April 2005, when he scored the fourth goal in a 4-0 win for Everton over Crystal Palace at Goodison Park.

Vaughan, who became club’s youngest post-war player – beating Joe Royle’s previous record by 12 days – scored in the 87th minute on his Premier League debut. Everton’s side contained Mikel Arteta, who would be the man to bring on the youngest player in Premier League history – Ethan Nwaneri – 17 years later.

Vaughan went on to play just 51 more matches in the Premier League and scored only six more goals – 47 of his appearances and every goal came at Everton, with a five-game spell at Norwich City in 2011-12 ending his Premier League career.

James Milner held the record as the youngest Premier League scorer for just under 2 1/2 years, after he scored for Leeds United at Sunderland on Boxing Day in 2002.

Milner’s 50th-minute goal levelled the game at 1-1 before Robbie Fowler’s late goal settled the match in Leeds’ favour. He remains the youngest player to ever score a competitive goal for Leeds United, at 16 years and 356 days old.

Milner has gone on to be one of the most consistent Premier League players in history, with only three players having made more appearances in the competition – Gareth Barry, Ryan Giggs and Frank Lampard.

The Englishman’s strike meant that Wayne Rooney’s reign as the youngest Premier League goalscorer lasted just two months – and ended on the same day Rooney was red carded for Everton against Birmingham City. He must have heard the news.

This was Rooney’s ninth Premier League appearance, and he remains Everton’s second-youngest goalscorer in all competitions after James Vaughan, who scored his first goal nearly three years later.

Rooney assisted in his first ever Premier League match, versus Tottenham Hotspur in August 2002. Aged just 16 years and 297 days at the time, he’s the second-youngest player to assist a Premier League goal after Aaron Lennon.

At the time of writing, Rooney is still the all-time leading scorer for Manchester United in all competitions (253 goals), while only Bobby Charlton (199) has scored more league goals for the club than the striker (183). He is also the leading scorer in England men’s history (53), while no outfielder has won as many caps for the Three Lions (120). Only Alan Shearer (260) scored more Premier League goals than Rooney (208), only Ryan Giggs (162) and Cesc Fàbregas (111) assisted more often in the competition than he did (103), while he was one of only three players to reach the century of goals and assists in the competition (alongside Shearer and Frank Lampard).

Cesc Fàbregas is the fourth-youngest player to score a Premier League goal but the youngest non-English player to net in the competition. His first goal came for Arsenal against Blackburn in August 2004 in the Gunners’ third game of the 2004-05 Premier League campaign.

The Spaniard scored the second goal in a 3-0 win for the Gunners to take their unbeaten run to 43 games. That run would eventually reach 49 matches – which included the whole of the 2003-04 Invincibles season – before losing to Manchester United at Old Trafford in October 2004.

Fàbregas was only making his third Premier League appearance in this match, while his second – just three days previous – had seen him assist a goal for the first time in the competition. Assisting aged 17 years and 110 days old against Middlesbrough means he is also the fourth-youngest player to assist a goal in the competition. He went on to play for Barcelona in 2011 before returning to the Premier League with Chelsea ahead of the 2014-15 season.

Liverpool’s penultimate game of the 1996-97 Premier League season saw them travel to South London to play Wimbledon at Selhurst Park. They were to lose the match 2-1, but the fixture did see the introduction of their young star Michael Owen to Premier League football.

Owen – aged 17 years and 143 days on the day – scored on his competition debut with a 74th-minute penalty consolation. To this day, he remains the only player under 18 years old to take a Premier League penalty, let alone score one.

The striker would go on to score 18 times the following season as a teenager, before an exceptional 1998 World Cup with England, where he’d score versus Romania and Argentina. Owen is still the last English player to win the Ballon d’Or (2001).

Michael Owen is the youngest player to score a hat-trick in the Premier League. He scored three goals against Sheffield Wednesday in February 1998 at the age of 18 years and 62 days, breaking former team-mate Robbie Fowler’s record from five years previous (October 1993). Fowler was 142 days older than Owen when he scored a treble against Southampton in the competition.

Owen also holds the record as the only teenager to score four goals in a single Premier League match. He was 18 years and 314 days old then he scored four goals in a win over Nottingham Forest in October 1998.

Youngest Player to Score a Premier League Own Goal

Spare a thought for Martin Cranie, who scored an own goal on his first-team top flight debut during a 4-0 defeat for Southampton to Chelsea in May 2004. Not only this, but he remains the only player under the age of 18 to score an own goal in the competition.

Cranie broke the record for the youngest player to score a Premier League own goal, originally held by Gareth Barry. Barry scored in his own net whilst playing for Aston Villa against Charlton Athletic in May 1999 aged just 18 years and 74 days old.