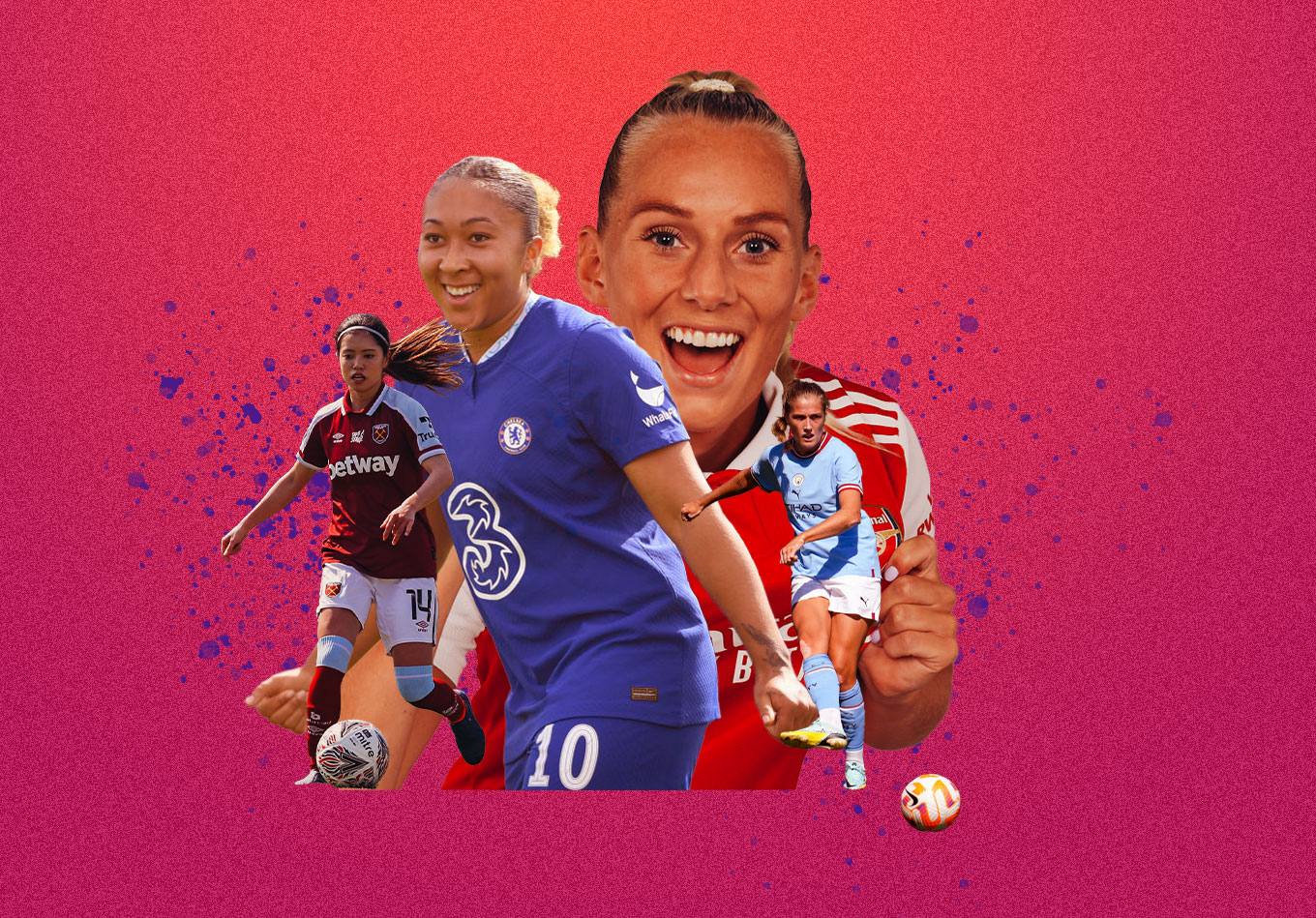 There are plenty of big names who starred at Euro 2022 who can be expected to have a big impact on the upcoming English Women’s Super League season. All eyes will be on Beth Mead, Alessia Russo and Ella Toone to see if they can replicate their summer form at club level. But who are the players who could end up making their own mark on the 2022-23 campaign? We pick out six players worth watching this year.

When Lauren James signed for Chelsea last season from Manchester United, she became the most expensive signing in history between two WSL clubs. The attention on her was immense. Not only was James justifiably regarded as one of the most talented up and coming English players, but the fact that her brother Reece was already an established star at Chelsea only saw more attention poured on top of the transfer.

And then she… disappeared. James featured for only 113 minutes of Chelsea’s WSL campaign last season, not making a single start in the league and scoring a solitary goal. Critics suggested this was just another example of Chelsea hoovering up talent whilst the club said they wanted to give her the time to get properly fit after a mixed injury record at United.

Now it seems James is raring to go. Picking up her first England cap at the weekend, she has shown in pre-season just how much she can offer this Chelsea side. Her dribbling ability makes it seem like the ball sticks to her feet. In the 2019-20 season, only Rinsola Babajide completed more dribbles than James (3.8 per 90 vs 3.7).

Where Chelsea in the past have struggled to unpick low blocks, James is set to offer a totally new skillset to the current champions.

It can be hard to adjust to a new club when you arrive halfway through the season but it did not take long for Stina Blackstenius to settle in at Arsenal. Blackstenius scored six goals in seven starts for her new side in the second half of the season, but the pressure will be greater as she enters her first full season in the WSL.

Blackstenius excels when she is running into space, with her ability to sniff out vacated areas allowing her to take high-quality shots. She demonstrated this perfectly at the Euros for Sweden where she ended up with the third highest xG per 90.

In some ways Blackstenius has had the pressure of her role removed because the woman she is replacing is still playing for Arsenal. But all eyes will be on not just how she interacts with Vivianne Miedema, but also with Beth Mead and Caitlin Foord. The WSL has been home to some thrilling Golden Boot races over the past years. If Arsenal are going to make a good run at the title, they will need Blackstenius to be part of it.

Maya Le Tissier has long been one of the most highly regarded young defenders in the WSL, with the Brighton player seemingly having her choice of top clubs. In the end, Manchester United paid her release clause this summer to bring her north. In Le Tissier, United are getting a player who made her WSL debut as a 16-year-old and someone who has missed only three minutes of league football over the past two seasons. That will have been very attractive to a club who have seen their defence decimated by injuries recently.

At Brighton, Le Tissier excelled defensively, making the most interceptions, the second most clearances, and the second most tackles. The question will be how she adapts to a system where the focus will less be about fighting fires and more about progressing and passing the ball. Her passing accuracy from last season was only 66.9% which means there will be a big improvement required, and quickly. But there is no doubt that she is an incredibly accomplished defender given she is entering her fifth WSL season at the age of only 20.

For Manchester United, it is also very savvy business. Le Tissier can play as a right-sided centre-back or as a right-back. The club reportedly resisted a number of bids from Barcelona for current first-choice right-back Ona Batlle who is consequently entering the final year of her deal. Now they have the opportunity to bed Le Tissier into their system before Batlle likely moves on next summer.

When Filippa Angeldahl arrived at Manchester City at the start of last season, City had secured the services of one of Sweden’s most highly rated midfielders. It was some surprise then, when she started only six games across the entirety of the season. Now with two of City’s starting midfielders in Caroline Weir and Georgia Stanway having moved on, Angeldahl looks primed to finally make her impact on this Manchester City team.

Primarily operating on the right-hand side of midfield (where Stanway formerly played), Angeldahl is not the kind of midfielder who is looking to always get into the box, preferring instead to link up with players out on the wing. She is adept at dropping back if she needs to, to provide cover for other players to get higher up the pitch while she helps with build-up play. Angeldahl is also keen on playing riskier passes which means whilst her accuracy might not be as high as some players, she can find that moment to unlock a defence.

Angeldahl is not shy of taking a shot either. Her reputation for incredible long-range efforts was high even before the Euros but she showcased her technical ability with the goals she scored for Sweden during the competition. Both came from set pieces where Angeldahl was able to drill the ball on target with her first touch.

City will need to get their new look midfield up to speed and fast. Angeldahl is the perfect player to help them do so.

It came as some surprise when at the end of a successful season with West Ham, manager Olli Harder announced his departure from the club. In his place has stepped former assistant Paul Konchesky who will have a hard act to follow. Whilst Harder’s methods did not always translate to on-pitch success, there was a real sense that he was building something at the club.

Fortunately for West Ham, they have kept the vast majority of their players from last year but just last week they suffered a big blow in losing Yui Hasegawa to Manchester City. The 25-year-old Japanese midfielder impressed with her guile and footwork, and seems to have spent pre-season largely scoring ridiculously good goals.

Hasegawa was used by Harder both in a number 10 role and further back in the midfield, but it is when she is in advanced positions that she really excels. Hasegawa has the vision to pick out passes and shots which opposition defenders find incredibly hard to read. She is not afraid of finding her way into the penalty area either, with her deftness of touch allowing her to feint past players. She only scored twice for West Ham last season, but expect that number to go up this year as her confidence seems to only be growing.

It is testament to Jorja Fox’s ability that this week she made her first start for the England U23s, having been a key part of the England U19 team only a couple of months ago. Fox is a player who everyone seems to know is going to have a breakout moment – the only question is when. Having been loaned to Brighton by Chelsea, she now has her first opportunity to get regular WSL minutes, after she made her WSL debut as a 17-year-old.

Fox will have a tough task ahead of her in a Brighton team that has lost key parts of its defence in Maya Le Tissier and Emma Koivisto this summer. With the ability to play at left or right-back, Fox has spoken about her desire to learn more of the defensive side of the game from Hope Powell. She looks set to get a good chunk of minutes this season and if she thrives could find herself back playing WSL football for Chelsea next year. 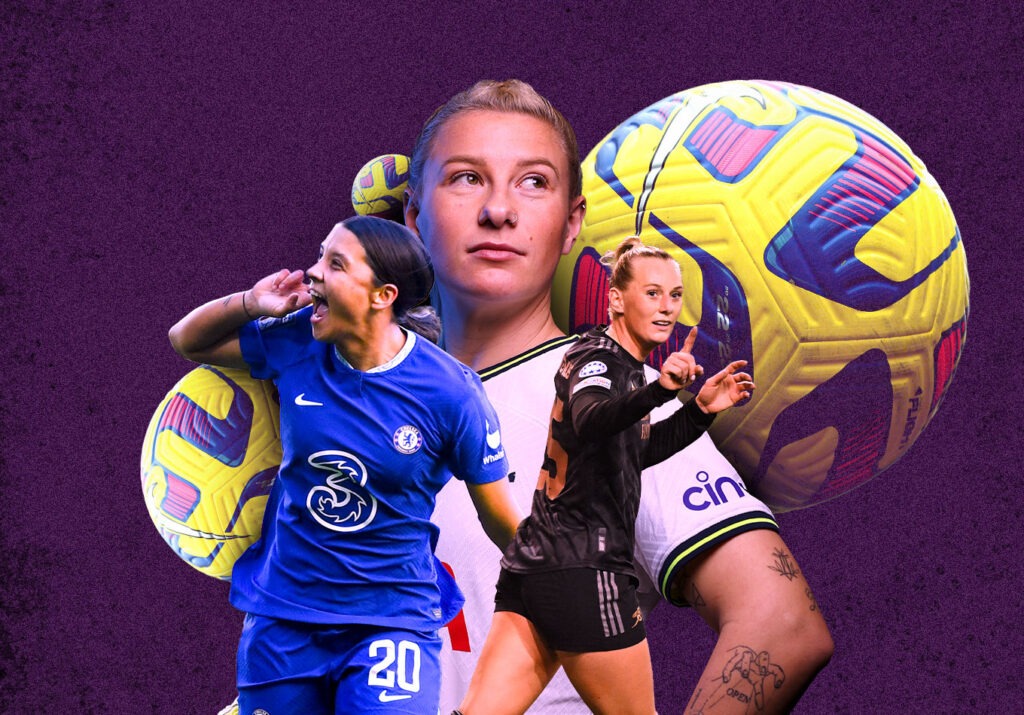 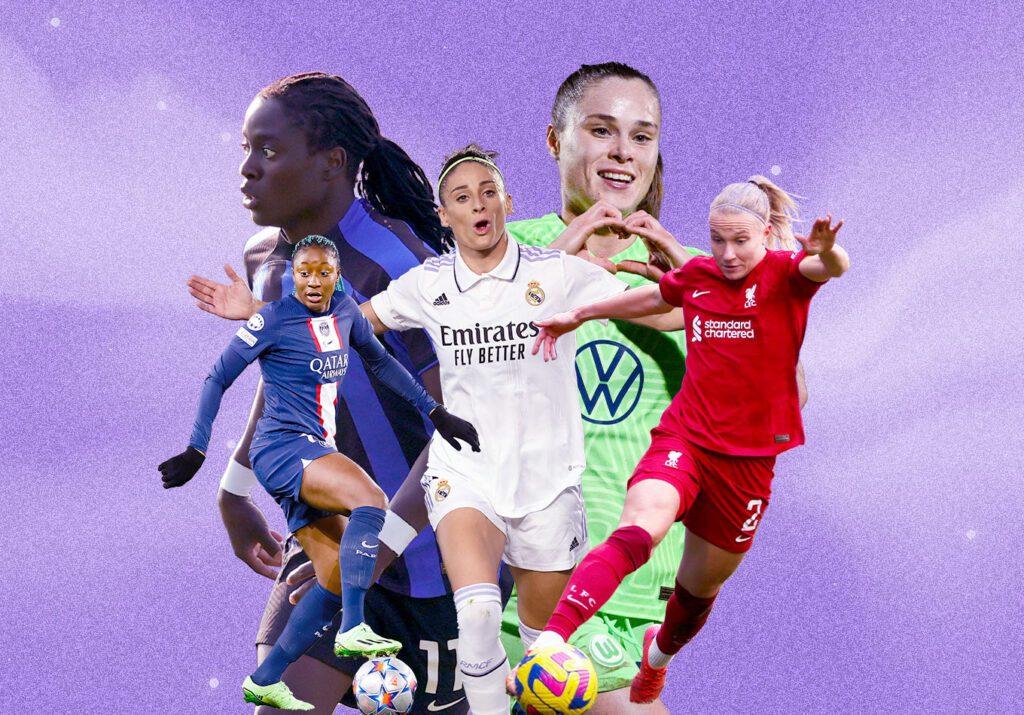