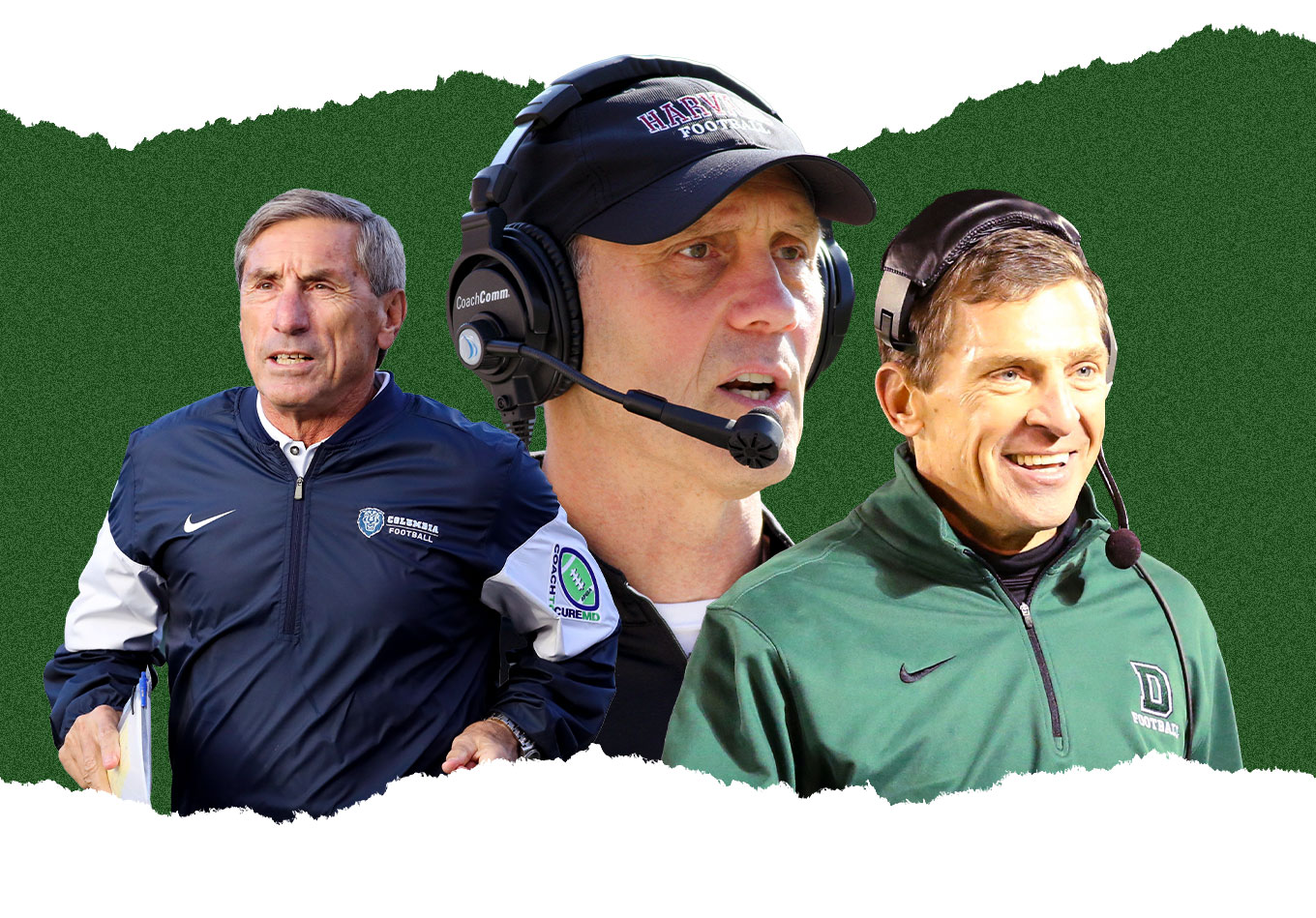 The Ivy League is the only conference in Division I college football – either FCS or FBS – to have more than one active head coach of at least 20 years in the league.

When the league that’s affectionately called the Ancient Eight kicks off its 2022 season this week, it will boast three such coaches – Columbia’s Al Bagnoli, who’s in his 30th season, including the first 23 at Penn; Harvard’s Tim Murphy, 28th; and Dartmouth’s Buddy Teevens, 22nd.

Not surprisingly, they are among the most successful coaches in Ivy League history. Bagnoli and Murphy have captured nine championships each, or one behind the league record of late Yale coach Carm Cozza, who’s also the only person to have coached more seasons in the league (32) than that duo. Teevens has claimed five league titles, including in each of the last two Ivy campaigns (2019 and ’21; the 2020 season was not played due to the pandemic), as he moves into a tie for the eighth-most coached seasons.

With the trio of coaches basically serving as walking encylopedias of Ivy history, we asked them to pick what they consider to be their best Ivy team, and to name the best opposing team during their tenure.

Best Team: The Quakers had back-to-back Ivy championship seasons in 2002 and ’03, going 7-0 in league games each year and a combined 19-1 with only a non-league loss to Villanova. The ’02 team, which featured the Mike Mitchell-to-Robert Milanese passing combo, won every Ivy game by at least 21 points and by 30 points on average. As a senior in ‘03, Mitchell won the Asa S. Bushnell Cup as the Ivy player of the year, complimented on offense by a terrific line, running back Sam Matthews and wide receiver Daniel Castles. That 10-0 team proved to be clutch, with half of the wins by eight or fewer points.

Best Opposing Team: Harvard, with Ryan Fitzpatrick at quarterback, was the second-best Ivy team during the 2002 and ’03 seasons before it rose to the top of the Ivy standings with a perfect season (10-0, 7-0) in 2004. “We matched up well from a personnel standpoint and they were fun games to be part of,” Bagnoli looks back.

Best Team: Echoing Bagnoli’s opinion, Murphy says his 2004 squad was his best. His team was ranked 13th in the final polls, but he feels it could have won the national title had it participated in the national playoffs, which Ivy League teams do not do. Fitzpatrick, who went on to pass for nearly 35,000 yards in a 17-year NFL career, was the Bushnell Cup recipient, and running back Clifton Dawson posted the second of his four 1,000+ rushing seasons.

Best Opposing Team: The best way for Murphy to describe the 2003 Penn team that went 10-0? “They had no weaknesses,” he says. In their matchup, Penn held as big as a 29-7, third-quarter lead over Harvard while posting a 32-24 victory.

Best Team: Teevens feels his five league championship seasons mark the distinguishing factor of his two stints of guiding the Big Green. He says the 2021 team was “particularly special considering the challenges COVID presented for everyone.” That 9-1 team handled Princeton, the league’s co-champion, losing only to Bagnoli’s Columbia squad. Derek Kyler and Nick Howard combined for a dominating quarterback rotation, and linebacker Jalen Mackie anchored the league’s best defense.

Best Opposing Team: In remaining diplomatic about the competition, Teevens says he doesn’t think about which opponent from a particular year has been the most outstanding, adding Harvard, Yale and Princeton tend to represent the biggest challenges from year-to-year in a league full of lengthy and historic rivalries.