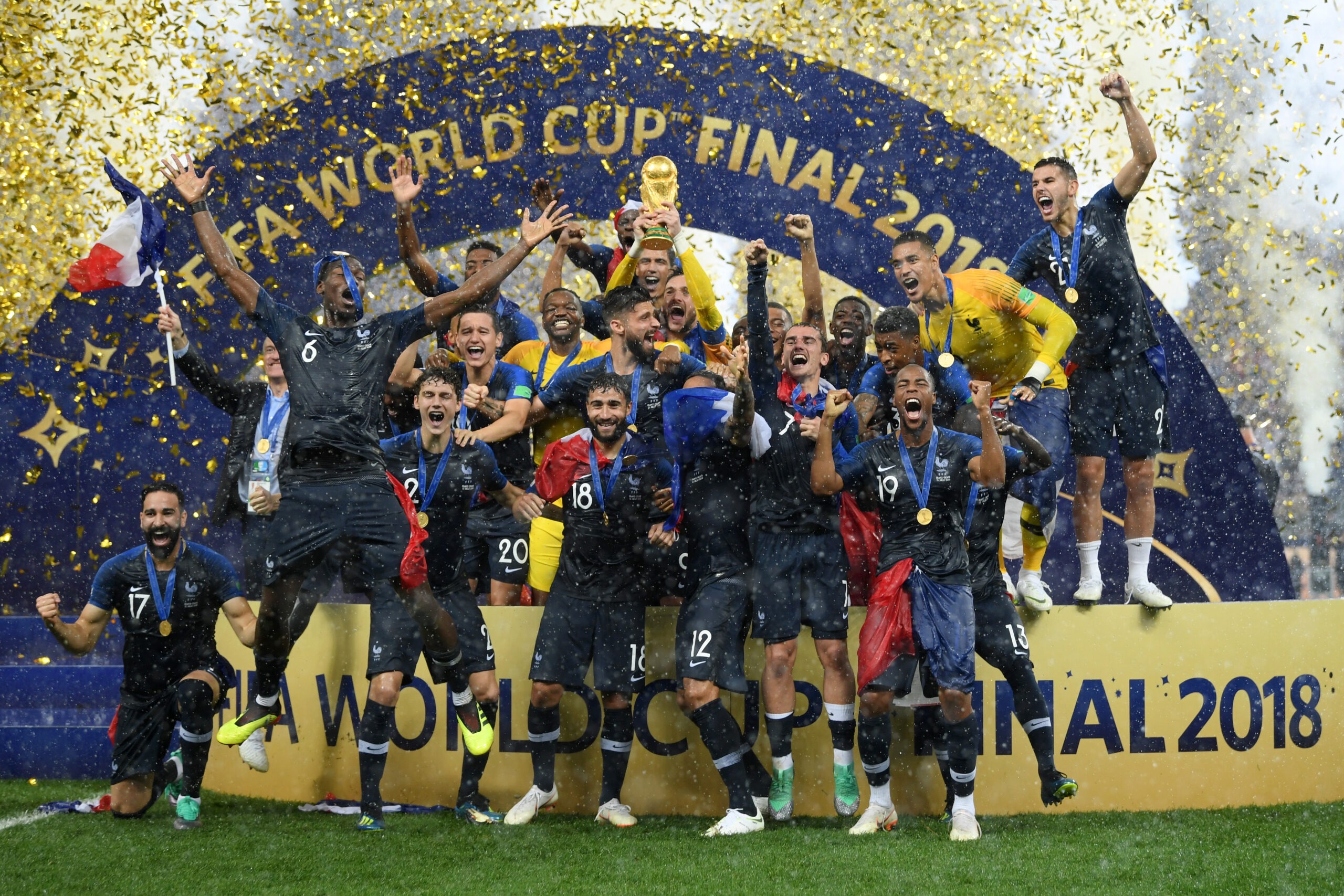 Which World Cup games have seen the most goals? We look back at every match to have seen at least 10 goals scored in men’s FIFA World Cup history.

The highest scoring World Cup match came in June 1954, when Switzerland and Austria played out a 12-goal thriller in Lausanne. The 7-5 scoreline that day broke the record for the number of goals scored in a FIFA World Cup game.

The match was played in 40 °C (104 °F) heat, despite it’s less than exotic location within Switzerland, which has led to the game being labelled Hitzeschlacht von Lausanne in German – loosely translated to “The Hot Battle in Lausanne”. This could have had a lot to do with the goalscoring carnage on the day.

After finishing second in their groups to Uruguay and England respectively, these two teams were drawn against one another in the quarter-finals. Austria had got through the group stage without conceding a single goal, while Switzerland had only scored two themselves – it wasn’t expected to be a goal-fest… but it was.

The scoring was over by the 76th minute, with Erich Probst’s seventh goal for Austria. With the extreme heat and no substitutions available at this time in tournament history, it’s little surprise that the final 14 minutes played without much incident.

The searing temperatures on this day probably didn’t help in Austria’s exit just four days later, losing to West Germany 6-1 in the semi-final.

Poland’s 6-5 defeat to Brazil in June 1938 was the highest scoring match in the first four editions of the FIFA World Cup, before eventually being overtaken by Austria 7-5 Switzerland 16 years later.

Poland’s Ernst Wilimowski (four goals) and Brazil’s Leônidas (three) both scored hat-tricks – the first occasion in World Cup history that both teams have seen a player score a hat-trick in the same match. This has only been replicated once since, in the Austria 7-5 Switzerland match in 1954.

Wilimowski was just 21 years and 347 days old when he scored four in this match – the youngest player to score more than three goals in a single World Cup game.

At the time of the 1954 World Cup, Hungary were considered the best team in the world and the favourites for the World Cup crown. The ‘Mighty Magyars’ showed their strength in the 8-3 thrashing of West Germany in the group stage, a game which the legendary striker Sándor Kocsis scored four of their goals.

West Germany got their revenge in the FIFA World Cup final, beating the Hungarians 3-2 against all the odds after coming from two goals behind inside eight minutes and ending their 31-game unbeaten run.

Hungary enjoyed another huge win in 1982, with the 10-1 thrashing of El Salvador in Elche, Spain.

This win remains the only time in World Cup history that a team have reached double figures for goals in a match, with six different Hungarian players finding the scoresheet, including a hat-trick from László Kiss.

It was all in vain, however, as like El Salvador, Hungary couldn’t make it past the first round and were eliminated in the group stage by Belgium and Argentina.

France kicked off their 1958 World Cup campaign with a fantastic 7-3 win over Paraguay in their opening match. It was a close match in the first half, with the scores locked at 2-2 at half-time before Paraguay even went 3-2 up in the 50th minute. Just Fontaine’s hat-trick helped France to a heavy win in the end, though.

The French striker is one of only three players to score at least three goals in two separate matches at a World Cup finals tournament, alongside Sándor Kocsis (1954) and Gerd Müller (1970), thanks that hat-trick against Paraguay and four more goals against Germany in the 1958 World Cup third place play-off.

The record for the most goals in a single World Cup finals belongs to Fontaine, who scored 13 goals in six matches overall at the 1958 tournament. This was the only ever World Cup tournament that he played in, but he certainly made it count and is ranked among the top goal scorers in the history of the competition.

He scored in every single one of his six appearances at the 1958 tournament in Sweden, with his 13 goals more than double the next highest scorers at the finals that year – Pelé and Helmut Rahn both with six goals.