Erling Haaland is Unstoppable | The Analyst 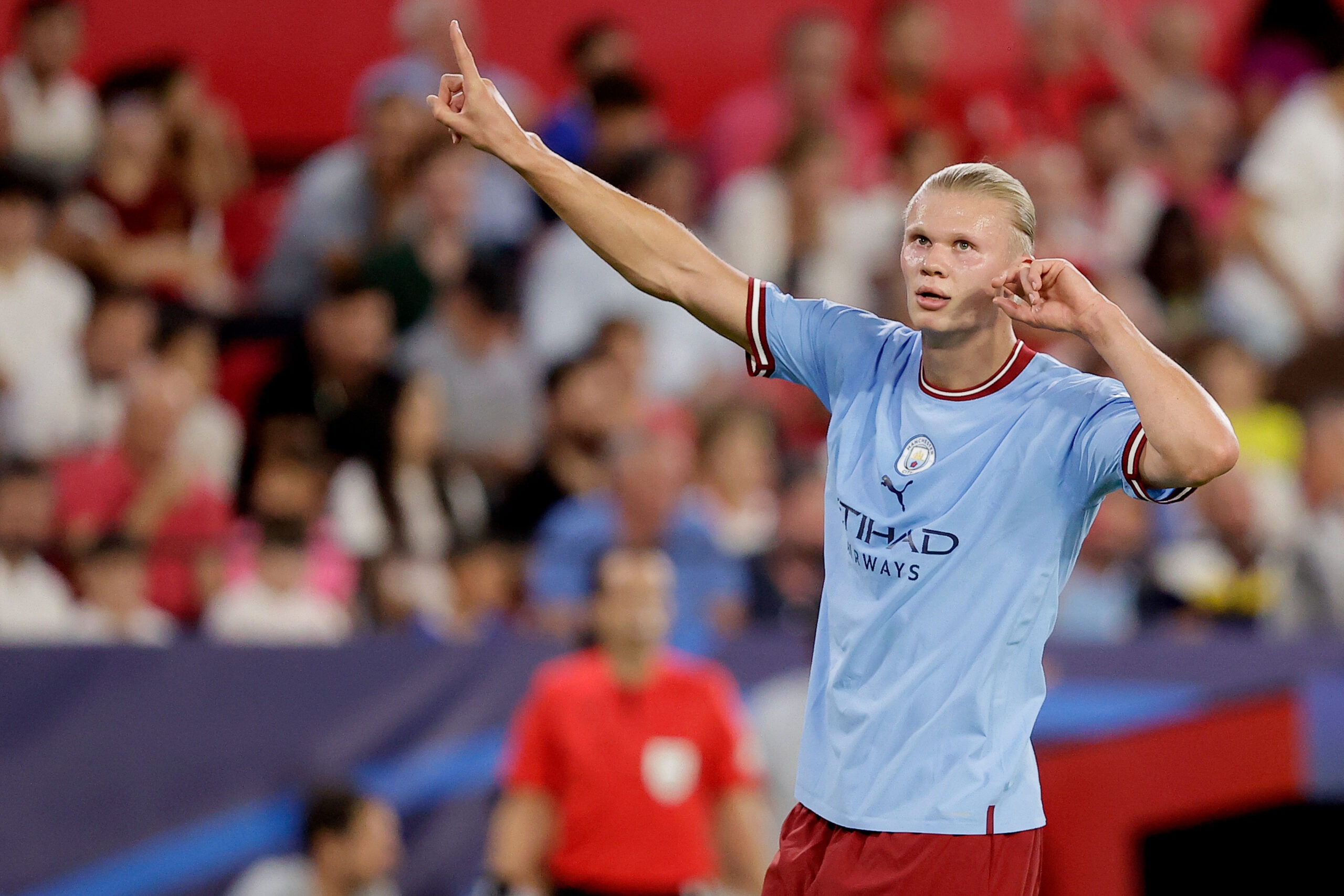 Erling Haaland has already carved up a series of Premier League records, overtaking 1990s Coventry legend Mick Quinn’s record for most goals in a player’s first five games in the modern English top flight, only to see the timeless Quinn go back level after Haaland only scored once at Villa Park on Saturday evening. Where next for Coventry City? Well, not into the Champions League, that’s for sure, but Haaland has no such worries. This summer he signed for the favourites to win club football’s biggest prize in 2022-23. Having scored a hat-trick on his UCL debut for Red Bull Salzburg in 2019 and two on his first appearance for Borussia Dortmund in 2020 (against Paris Saint-Germain no less) what could the inevitable Norwegian do on his European bow for City?

The answer was as inevitable as it was satisfying. Like a footballing Pac-Man, relentlessly munching up chances to the astonishment of observers, Haaland added another two goals to his Champions League CV. At half-time he had made five passes and had taken four shots. By full-time those figures had risen to eight and seven respectively. Like a ghost (not the Pac-Man sort, though) the more you don’t see Haaland the more terrifying he is. Only 31 players in the 30-year history of the Champions League have scored more goals than City’s new icon. He’s only played 20 games in the UCL; the same number as Fabrizio Ravanelli, but has 18 more goals. In the Premier League and Champions League this season Haaland has made 167 touches and scored 12 goals.

Whichever way you look at what Haaland has done in Europe in the last three years, it’s clear he is setting monstrous new standards for goalscoring in elite European football. Some readers might remember the (deserved) praise that Harry Kane received for scoring 15 goals in his first 20 Champions League appearances, falling one goal short of the then-record, held by Ruud van Nistelrooy and Robert Soldado. Solid totals, no doubt, but 20-games-in Haaland is 10 goals clear of Kane and 11 clear of the likes of Andriy Shevchenko (Haaland has already scored more Premier League goals than Shevchenko did in 48 games for Chelsea).

Spin it another way: which players have reached 25 Champions League goals quickest? Erling Haaland, obviously, has done it in 20 games. But then come mere mortals Ruud van Nistelrooy and Filippo Inzaghi who did it in 30. At the time their scoring pace seemed exceptional – and it was – but they have all been eclipsed by a man on a series of missions, all of which involve scoring industrial amounts of goals.

We wondered this week whether Lionel Messi could mount an assault on Cristiano Ronaldo’s Champions League goals record but both men must look at how Haaland has started his career and shudder at the trajectory he is on. No-one can know exactly what the future holds, but football’s present day is being tormented twice a week by a striker called Erling Haaland. Check him out if you can.