Are Spurs’ Hopes of Winning the Premier League Title That Outlandish? | The Analyst 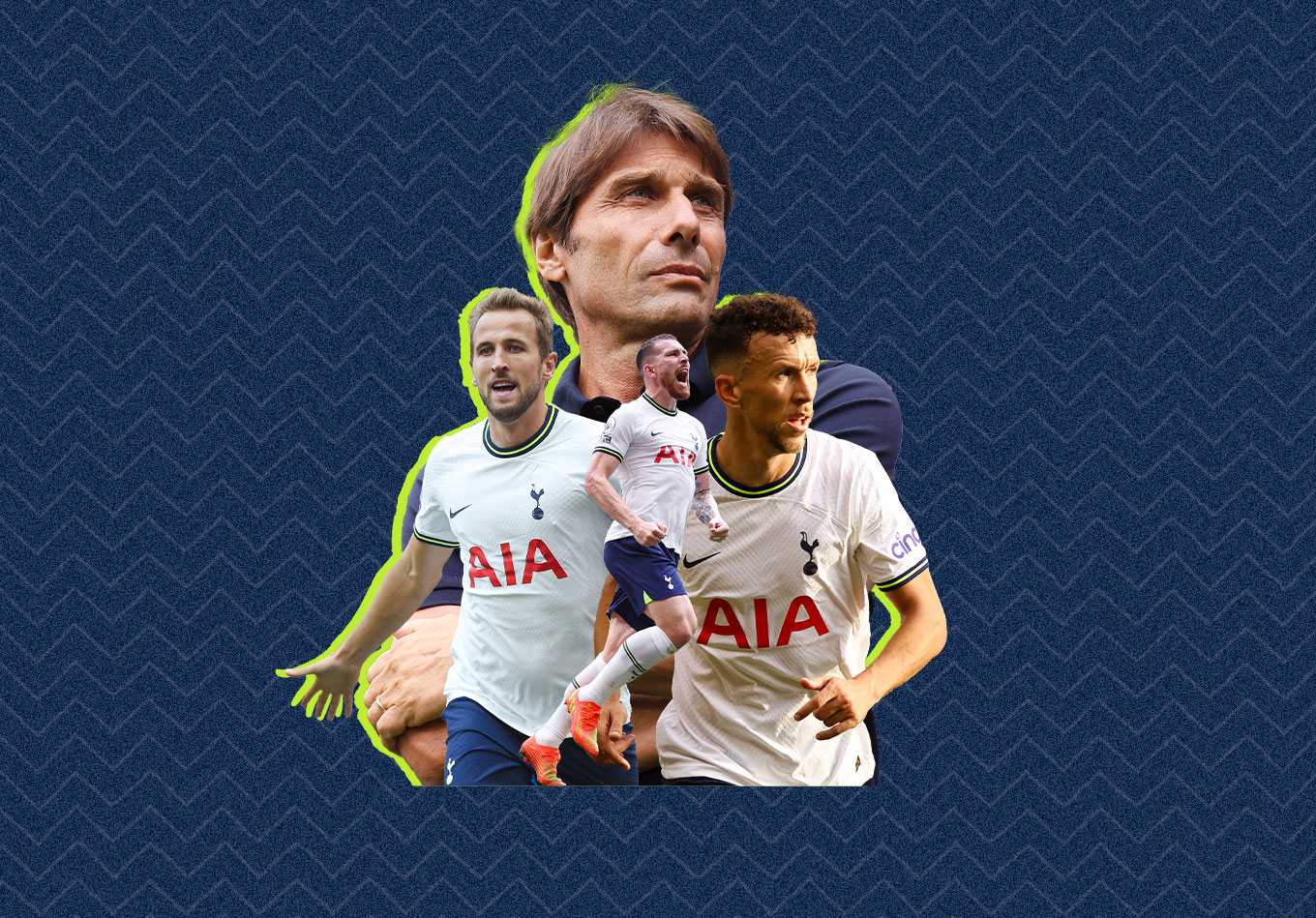 Are Spurs’ Hopes of Winning the Premier League Title That Outlandish?

The response to Tottenham Hotspur’s unbeaten start has been peculiarly muted. Winning four of the opening six matches and sitting one point off the top of the table should be enough to start speculating about a title challenge, but even with one of the world’s best managers in charge it’s hard to find anyone seriously considering Spurs can keep going.

That partly reflects the ludicrous points tallies Manchester City keep posting and the collective fear that Erling Haaland has effectively liquidised the Premier League. But Pep Guardiola’s influence goes beyond results to the very tactical principles we expect of champions, and part of our reluctance to back Spurs is visual.

Antonio Conte’s reactive football, refuting the importance of possession and territory, doesn’t feel good enough, hence the suspicion that continues to greet Spurs wins regularly labelled as ‘unconvincing’. But are Tottenham really an unknown entity, or are we just missing the point of what Conte has built? And although he led Chelsea to a 93-point title in 2017, can his style of football still work in a post-Guardiola world?

Spurs don’t dominate matches – and they don’t want to. In broad terms Conte wants to make use of transitions to attack quickly rather than meticulously break down an opponent by penning them in with possession and territory. Conte achieves this by deploying a lower block than is fashionable and rarely pressing high up the pitch, which invites the opposition forward and lures them into a vulnerable position while ensuring his team’s shape is defensively secure.

From an attacking perspective, Conte either wants to counter-attack once the ball is won back, springing quickly forward to take advantage of the opponent’s stretched and high position, or to attack with ‘artificial counters’: passing the ball around the back until the opposition, drawn into a press, can be worked around, creating opportunities for vertical moves that mimic traditional counter-attacks.

These are already in full flow at Spurs in 2022-23 – as the data shows us. Just 20.5% of Spurs’ total pressures take place in the attacking third third, which is the 15th highest in the Premier League, while 48.2% are in the middle third, also the 15th highest, and 31.3% are in their defensive third, the sixth highest. This is the most striking example of Conte’s lower line of engagement, but the evidence runs deeper.

The average duration of a Spurs press is the 15th longest in the division at 6.3 seconds, while they rank 19th for total number of pressed sequences (56), 14th for total high turnovers (22), and 18th for possessions won in the final third (19). Naturally, this means the opponent is allowed to hold and carry the ball more than we usually expect for a club of their reputation, and indeed Tottenham allow 73 (the sixth most) 10+ open-play pass sequences – some 20% more than any other ‘Big Six’ club.

Put simply, it is time we stop waiting for Spurs to look ‘convincing’ in how they beat teams, and time we recalibrate what a good Tottenham performance looks like.  They have the highest ‘direct speed’ (1.48) among the big six and top the Premier League charts for total direct attacks (15), while Tottenham’s zones of control are almost entirely in their own half:

Only Leeds United have conceded more high turnovers than Tottenham’s 35, and yet Spurs also rank third for total number of build-up attacks (20) and sixth for total number of 10+ open-play pass sequences (74), exemplifying Conte’s deliberate intention to draw the opponent onto them.

This is an approach that has won Conte titles with Internazionale, Juventus, and Chelsea, yet it is questionable whether the modern Premier League can accommodate such a non-confrontational style of play. The tactical sophistication of the division has improved considerably in the five years since Conte won the title, with complex pressing and possession systems commonplace since Pep Guardiola and Jurgen Klopp brought a once atavistic nation up to speed.

His Chelsea team faced opponents largely unschooled in how to retain possession while shielding against the counter-attack (transitions just weren’t that important in 2017), and they certainly didn’t press as aggressively, as the data below shows:

High Turnovers: The number of possessions that start in open play and begin 40m or less from the opponent’s goal.
Pressed Sequences: The number of sequences starting in their defensive third where the opposition has three or fewer passes, and the sequence ends in their own half.
Average Sequence Time: The average time (in seconds) per sequence.
Directness For: The percentage of the total distance covered per sequences that is upfield.
Progress For: The amount of distance (in metres) that the team moves upfield per sequence.
10+ Open Play Passing Sequences: The number of open play sequences that includes 10 or more passes.

Note that, on average, teams have slowed down (directness for and progress for are down) and pass better (pass accuracy is up), while all sorts of measures of high pressing have gone up.

This presents Conte with two distinct problems: opponents are now far more comfortable being invited to keep the ball and know how to stop the quick breaks, and they are also more comfortable being invited to press onto the defence. Together, this can mean Spurs get stuck in a deeper area of the field, unable to progress into the final third when on the ball and failing to draw the opponent into a trap by conceding possession.

This explains what the eye test keeps suggesting: Spurs look a little stodgy, sometimes limping over the line. Whether this is a genuine problem, or just a matter of perception, is up for debate.

If it is an obstacle in the way of a title challenge, then the most obvious way to overcome a hounding and hustling Premier League coming onto Conte’s deeper system is to ensure the central midfielders are intelligent press-evaders capable of weaving through the lines. In Rodrigo Bentancur and Yves Bissouma, Conte may have the right balance to emulate the N’Golo Kante and Nemanja Matic partnership.

But potentially of greater significance is how Harry Kane and Heung-Min Son operate in Conte’s attack. In the 2-1 victory over Fulham on the last matchday we saw these two, for the first time this season, picking up the ball in the No. 10 space after dropping off the front line. From here, they could turn and drive at Fulham, overcoming the familiar issue of staleness and lacking purpose.

If Spurs are indeed getting stuck, then the greater variety in how Kane, Son and Dejan Kulusevski come short to link with the central midfielders and drag Spurs up the pitch is a potential solution. Certainly, the profile of these three is radically different to Eden Hazard, Willian/Pedro, and Diego Costa, although it is too early in the season – after Conte’s first summer – to tell if that will give Conte’s tactics a new dynamic.

But maybe he doesn’t need to change. Maybe the Premier League is about to regress to its 2017 levels…

Things will be radically different this year. After the World Cup, the ‘Big Six’ will be more susceptible to upsets against lower-ranked teams who lost fewer players to Qatar and instead enjoyed a second pre-season. On top of that, exhaustion will infect the entire division.

This helps Spurs in two ways. First of all, Conte teams are notoriously fit – Spurs already top the charts this season for distance covered (671.2km), and that should put them in a strong position in the second half of the season. Second, a tightly compressed midblock without all that high pressing and its inherent vulnerability could make Tottenham particularly solid and consistent as the rest of the division starts to fall apart.

Fatigue, injuries, and the brain fog of a World Cup could have a similar impact as the pandemic, returning the Premier League to a less tactically complicated time. Perhaps, in this environment, Conte has just the right system to grind out results.

And why should we underestimate them, if this is the case? After all, Tottenham are already posting some excellent numbers. Since Conte’s arrival, Spurs have both had the best quality non-penalty shots (0.13 xG) and have allowed the lowest quality shots to opponents (0.08 xG) based on average xG per shot, while their rolling xG is extremely impressive:

If Tottenham seal another win against Leicester City on Saturday evening they will not be able to avoid some title talk – they’ll be unbeaten in seven games going into the international break, after all. If that were to happen, who knows? Spurs have the world-class forwards to update Conte’s tactical model and happen to be competing in a year that threatens to drag the Premier League backwards. Spurs lifting the title really isn’t that unlikely.