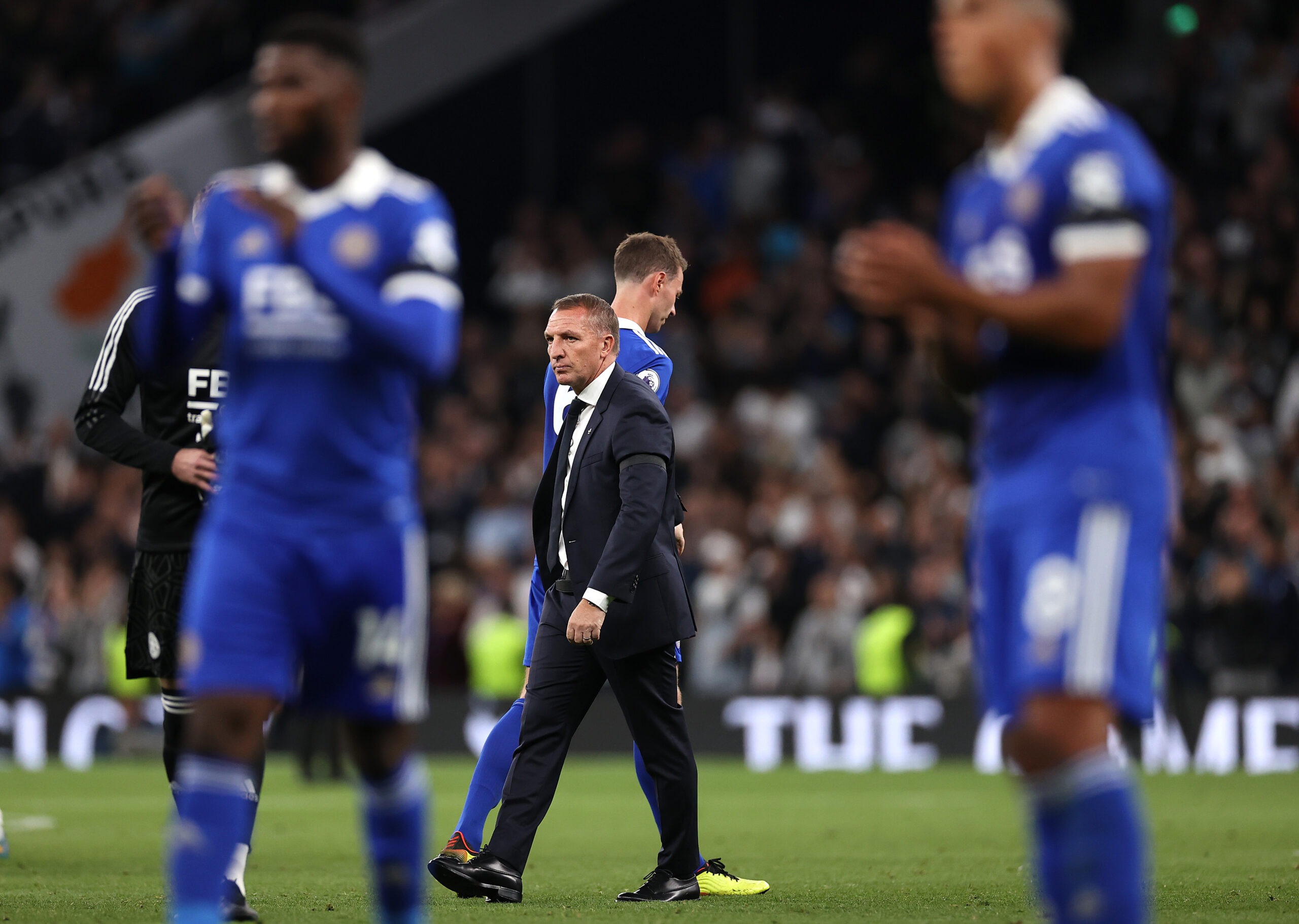 In case you hadn’t noticed, each week the Premier League has a team in crisis. Bad form, shock results, poor management, unforced errors; some or all of these factors can plunge one of the division’s 20 sides into momentary turmoil, transforming them into the main character in Premier League narrative for that week. More often than not the crisis club will be a member of the Big Six but not always and, no matter who it is, the next set of fixtures will invariably throw up a new team to take up the crisis mantle, and the nation’s attention will pivot instantly to the league’s new whipping boys for the week. Here, then, is an ongoing guide to the Premier League’s crisis clubs in 2022-23.

Early August seems like a long time ago. Graham Potter was still the Brighton & Hove Albion manager back then and the future Chelsea boss took his team to Old Trafford on the opening Sunday and guided them to their first ever away win against Manchester United, producing 12 first-half shots against their illustrious hosts in a superb display. In crisis club terms that put Manchester United straight into the hot seat that had been warmed by Liverpool for 24 hours (after they started their 2022-23 campaign with a nervous 2-2 draw at promoted Fulham). Erik ten Hag’s job had got off to the worst possible start, but surely a fresh crisis outfit would be along in a week’s time to take the pressure off the Dutchman? That’s how it works, right? Not always, Erik.

The heat was intense at the Brentford Community Stadium and so was the reaction to one of Manchester United’s worst ever league reversals. Erik ten Hag’s side looked utterly out of sorts as they fell to a 4-0 defeat, Brentford’s first win against them since 1938. It meant that Manchester United ended a day bottom of the Premier League for the first time since August 1992 and it was their fourth successive away defeat, the club’s worst run of that sort since 1979. If there’s a blueprint for what makes a crisis club in the Premier League then this was surely it. This is Manchester United Football Club we’re talking about.

After two matchweeks cowering in the crisis cupboard, Manchester United enjoyed the sweetest passing of the baton possible as they defeated arch-rivals Liverpool to not only get some 2022-23 points on the board, but also to ensure that Jürgen Klopp’s winless Reds became the division’s new standard-bearers for momentary crisis. Liverpool conceded the opening goal of the game for the seventh Premier League match in a row, an unwanted club record, and once again left themselves with too much to do. It was the first time in a decade they had started a season without winning any of their opening three games. Sounds like crisis time to me, and it proved massively useful to Thomas Tuchel who had seen his Chelsea side get thumped 3-0 at Leeds on Saturday, giving them 48 hours of unwanted main character attention before Liverpool’s Monday night trip to Manchester.

For a while on the Saturday it looked like Manchester City – the reigning champions themselves – would sensationally become the Premier League’s new crisis club. Pep Guardiola’s team were 2-0 down at home to pests Crystal Palace after only 21 minutes and crisis-watchers cross the globe were preparing a series of takes and angles. But then Bernardo Silva pulled one back and Erling Haaland casually dropped a hat-trick in the space of 19 minutes. All of which meant that just as Liverpool had taken the crisis club mantle from their opponents in MD3, so they would hand it over to a Bournemouth team who came to Anfield and lost 9-0. Now, it’s relatively hard for a newly promoted club to be designated as a crisis club as no-one expects them to win too much, especially at venues like Anfield. But the sheer number of goals they let in (this is the third time in four Premier League seasons that a team based geographically near Peppa Pig World has lost 9-0) and the fact that the club themselves chose to dismiss manager Scott Parker in the aftermath of the defeat means that the crisis club mantle sat well with the Cherries that week.

Chelsea narrowly escaped official crisis club status in MD3 but in MD5 they could avoid it no longer. A dismal 2-1 defeat away at Southampton ensured that this would be only the second season this century that Chelsea had lost two of their opening five league games. The other occasion was back in 2015-16 when the club, reigning Premier League champions no less, showed no qualms in sacking their most successful ever manager for the second time. A week or so later, Thomas Tuchel would experience a similar sensation. There’s no hiding from the bleakly iridescent light that shines on each week’s crisis club in the Premier League. Avoid it at all costs.

Arsenal will reach October having only dropped points in one league game all season, the 3-1 defeat to Manchester United in MD6. Clearly Arsenal are not a club in actual ongoing crisis this season – they are top of the Premier League and deservedly so – but it’s important to remember that you can bring crisis onto yourself by getting overly worked up about where a referee hails from and how cards are distributed across the league. Sometimes football is just an unfair low-scoring field invasion sport, sometimes you go an entire league season without defeat. If crisis club narrative proves anything it’s you have to take the rough with the smooth.

You may remember that Leicester won the Premier League in 2015-16 and had a decent run in the Champions League the following season. Always enjoy the good times because they’re only prologue to the bad times coming back and so far 2022-23 is looking like an absolute shocker of a campaign from Leicester. A somehow all-too-predictable 6-2 defeat to Tottenham in MD8 not only ensured the Foxes stayed rock bottom of the division but also saw them set a Premier League record for goals conceded in the first seven games of the season, posting the worst such record in the English top flight since 1965. Leicester are worse off than local rivals Derby County were at this stage in 2007-08, a season which set possibly unbreakable records for how bad a team could be. Are Leicester City going to get more than 11 points this season? Almost certainly. Does this stop them being MD8’s crisis club? Absolutely not.