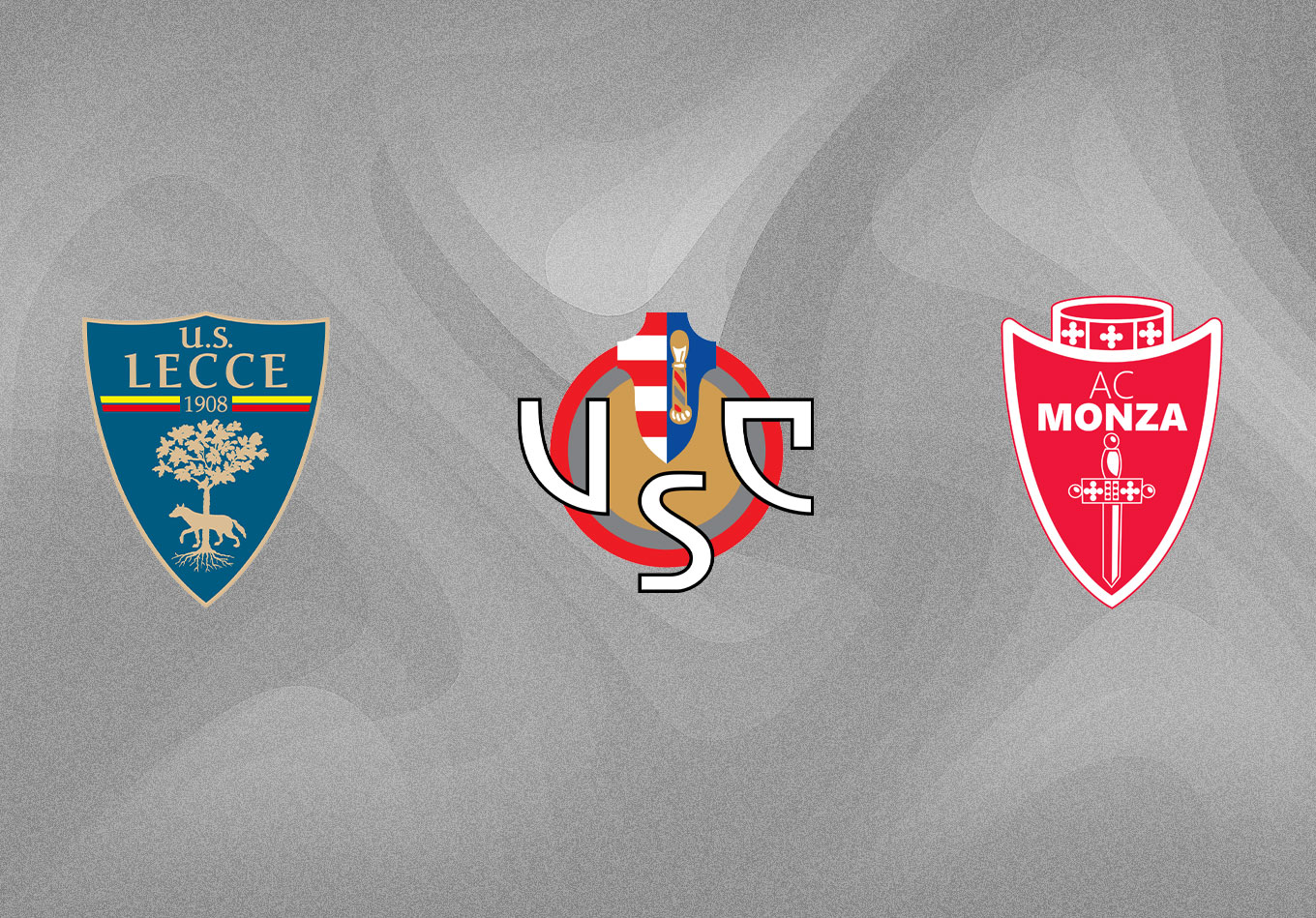 The three new teams in Serie A have very different profiles: One is a team used to highs of promotions. Another is an old, familiar Serie A acquaintance. The third is a brand-new rookie.

Let’s look at the numbers behind how Lecce, Cremonese and Monza earned their place in Italian top-flight football in 2022-23.

Lecce won the 2021-22 Serie B championship, sealing their automatic promotion to the top flight. Lecce’s successful campaign was their 10th promotion to Serie A, with only Atalanta and Brescia (12) along with Bari (11) having made the jump from Serie B to Serie A more often.

Marco Baroni’s side were always in the hunt for automatic promotion. In the second-half of the season, they never dropped out of the top four spaces in the league, despite an ultimately tight Serie B championship that ended with just six points separating first and sixth.

Key to their success was attacking firepower. Leece fired in 195 shots on target, more than any other side in the league, and their total of 64 expected goals was also a league-high for the regular season.

Lecce were extremely effective in generating shots from high turnovers, attempted 61 of these overall in Serie B. Only Brescia fashioned more shots (63) via this method, and Lecce’s PPDA of 9.4 – a measure of how aggressive their pressing in general was – sign posting them as the fifth-most aggressive team.

While, only Vicenza (18) and Ascoli (17) had more unique goalscorers than Lecce’s 16 last year, of all the newly-promoted sides, Baroni’s men were the most reliant on a single goalscorer, Massimo Coda, who scored more goals than anyone else in the league. Lecce weren’t able to hold onto him this summer though as the Italian was transferred to Genoa.

To replace him, Lecce have signed Assan Ceesay, who had a fantastic season for FC Zürich in Switzerland in 2021-22. The Gambian forward registered the most goal involvements of any player in the Swiss Super League last season (30 – 20 goals and 10 assists), and of all players to score more than 10 goals he was the one with the best shot conversion rate (26%).

Such was his form in front of goal that his 20 strikes came from an xG total of just 12.4. His xG overperformance of 7.6 was the largest in the Swiss Super League and in Europe’s top five leagues, only Kevin De Bryune managed more (8.8).

Serie B runners-up Cremonese needed a final-day Monza defeat to see them automatically promoted to Serie A. Their promotion back to the top-flight is their first in 26 years, dating back to the 1995-96 season.

Despite finishing second, Cremonese won the most games in Serie B last season, 20, a record for the Grigiorossi in a single Serie B championship. All this despite an overall young squad that blended great experience with many youngsters. During the regular season only Crotone (25 years, 147 days) and Pordenone (25 years, 205 days), had an average starting eleven age younger than Cremonese (25 years, 325 days). And no team boasted more players born from 2000 onwards who played at least 25 times in the season. Cremonese had four players do this: Gianluca Gaetano, Marco Carnesecchi, Nicolò Fagioli and Memeh Caleb Okoli (all, however, were on loan).

Going young wasn’t the most successful strategy in 2021-22, but Cremonese bucked the trend:

For The Grigiorossi, more than other teams, success was about the collective. No team had more players score 5+ goals than Cremonese (eight goals for Daniel Ciofani, Luca Zanimacchia and Cristian Buonaiuto, seven for Gianluca Gaetano and five for Samuel Di Carmine).

Zanimacchia was certainly one of their stars. No Cremonese player was involved in more goals than his 13 (eight goals, five assists – tied with Cristian Buonaiuto).

Among players who scored eight or more goals in Serie B last season, only Gabriel Charpentier and Alessio Zerbin, both born in 1999, are younger than Zanimacchia (born July 19, 1998).

But despite their excellent season, Cremonese will find themselves starting almost from scratch, having changed coach, and losing some key players in the squad who’ve returned to their parent clubs after loan spells.

Monza, led by Giovanni Stroppa (19 wins in 2021-22), set their own record of wins in a single Serie B regular season, beating their record of 17 set in 1955-56, 1976-77 and 2020-21. Despite this they had to wait for the playoffs to gain promotion, beating Pisa.  Monza will play in Serie A for the first time in their history, thus becoming the 69th different team to debut in the tournament, and the 12th from Lombardia. Helping to fire Monza into Serie A were two familiar characters behind the scenes: Adriano Galliani and Silvio Berlusconi, who have not hidden their desire to take the Brianza’s team even higher.

Last year coach Giovanni Stroppa could count on a large and very deep squad, built with the sole aim of winning promotion. Stroppa found it difficult to nail down his favourite starting XI, as evidenced by the 17 players who started at least 15 games over the course of the season, a figure higher than any other team.

Monza’s substitutes frequently paid dividends: 26 of their 70 goals in the last Serie B season (including the playoffs) were scored by substitutes. At 37%, that’s the highest rate of any side.

Mattia Valoti was their standout player, especially in the final stretch of the season. The attacking midfielder reached double figures for goals for the second season in a row in Serie B, including seven he scored from February onwards. The Brianza’s midfielder often found himself, together with Dany Mota Carvalho, supporting Christian Gytkjær, who finished as Monza’s top scorer. Including the playoffs Gytkjær scored 14 goals, and finish second behind only the top scorer Massimo Coda in the golden boot ranks. Eight of these 14 goals came from the bench, the most any player scored after being substituted on last season.

Monza’s transfer strategy is ambitious. A hugely important addition over the summer is Gianluca Caprari, who already has experience in Serie A. Caprari, who played for Hellas Verona in 2021-22, was involved in the most open-play sequences (30) ending with a goal in 2021-22. Furthermore, only Rafael Leão (98) completed more dribbles than Monza’s new signing (65) in last season’s top-flight.

Monza will be hoping their new loan signing can help them maintain their Serie A status for another year.