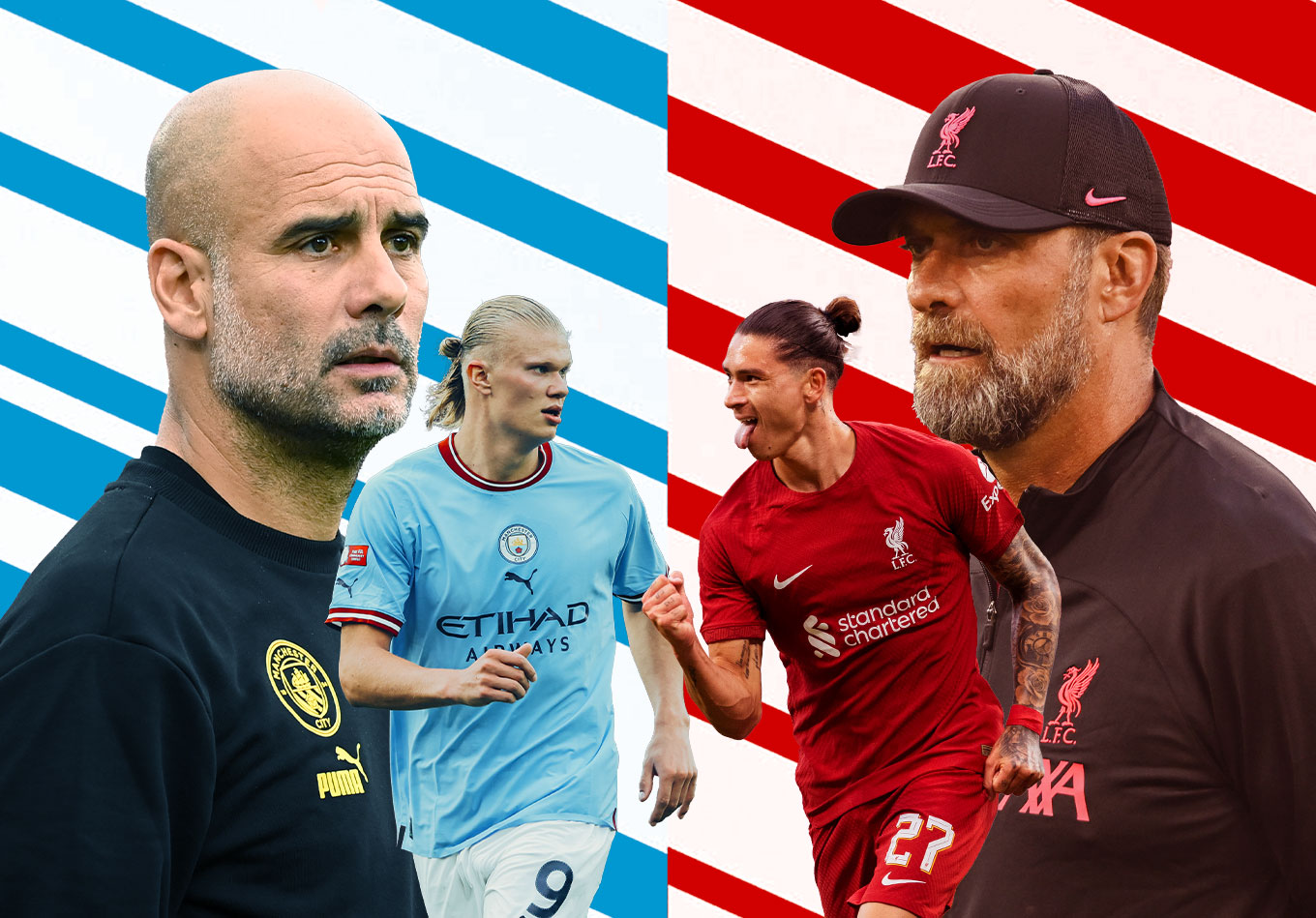 The Rule of Two

Two there should be; no more, no less. One to embody power, the other to crave it.

Scotland, 1985: Aberdeen are Scottish champions for the second season in a row. Before that came Dundee United in 1982-83. Three seasons without Celtic or Rangers being champions of Scotland. It had never happened before, and it hasn’t happened since. In fact, since 1985, no team other than Celtic or Rangers has won the Scottish title. The Scottish rule of two was tested in the early 1980s but came back with the ultimate response.

England, 2022: Nobody sensible has looked beyond Manchester City and Liverpool when predicting the 2022-23 Premier League title battle and that homogeneity of decision is understandable.

The two best teams in the country, and perhaps the entire continent, have won the last five league titles between them (Guardiola 4-1 Klopp) and have finished as the top two in three of the last four seasons. The points gap between second and third in those campaigns was a record 25 points (2018-19), 15 points (2019-20) and 18 points (2021-22).

Even 2020-21, which saw defending champions Liverpool succumb to an almost farcical level of injury and lose six successive home games for the only time in the club’s history, saw them claw back ground in the final weeks to finish third, only five points behind Manchester United.

Before that six-game Anfield meltdown for Liverpool they had been unbeaten there in the Premier League for 68 games. Since that run: unbeaten in 23. English football’s weirdest ever blip? Probably.

What a game of football that was. Obviously helps to have won it but these are two tremendous sides.

No-one needs an official reminder that Manchester City and Liverpool currently loom over English football but if the vivacious horseplay of the 2022 Community Shield wasn’t enough then consider this: Since the start of 2016-17 (Klopp’s first full season in the Premier League, Guardiola’s first season) Manchester City have scored 5+ goals in a Premier League game on 31 occasions. Liverpool and Tottenham are next on 14 each but before Spurs strut as potential equals it should be noted that Liverpool have 153 wins in that period, 16 fewer than City, sure, but 21 more than the next side, Chelsea. And to continue the 1985 theme, if City are Biff Tannen, handing out punishment beatings at will, then Liverpool are George McFly, capable of a romantic comeback when all seems lost.

Since 2016-17 Liverpool are the only Premier League club to have collected a three-figure points total for points won from losing positions, and that’s without even factoring in continental drama like the 3-0 down, 4-3 up against Barcelona in 2019.

Yes, Antonio Conte caused an upset in 2016-17 by guiding Chelsea to what remains their most recent Premier League title but that was prologue to the current world.

In every conceivable metric Manchester City and Liverpool have performed in a superior manner to their principle rivals in the past six seasons. Maybe Conte, now at Tottenham and nursing chequebook burns on his hands after a rare summer of transfer activity from the north London club, can do it again. But let’s not forget that August 3 2022 marked the first time in history that Tottenham’s most recent title win, in 1960-61, is closer to the 1890s than it is to the present day. Sometimes history can weigh you down so much it’s hard to create any more.

And if you want one snapshot of the aesthetic dominance of the top two then one option is to study the switches of play that Trent Alexander-Arnold has made in the six seasons he has played so far in England’s top-flight.

You can always go mainstream and point to the right-back’s 45 assists but imagine having a 79% completion rate on crossfield passes. There are safe delivery central midfielders of great stature who didn’t end their entire career with a pass completion rate that high.

And yet there is hope for the other 90 clubs in the widely-admired English league system. Nothing lasts forever. It’s only a couple of decades since Manchester United and Arsenal occupied the same roles in the Premier League. It’s only four decades since Everton and Liverpool did likewise. Sunderland and Aston Villa basically carved up the 1890s between them and probably thought it would go on forever. It never does.

A study of the gap between the second and third placed teams in the English top-flight reveals that we are in unprecedented times. As discussed above, three times in the last four seasons Manchester City and Liverpool have conspired to create some of the biggest gaps between second and third. In fact, based on the widely cherished three-points-for-a-win rule, only six seasons in English top-flight history have ever seen a margin of 15+ points between second and third, and five of those have come since Guitar Hero II came out.

It’s interesting to see the number of times in the two points for a win era that the gap between second and third would be negative if switched to three points for a win (red columns in the viz).

These were close divisions, often settled by teams grinding out draws, so the move to award an additional point for a win was a wise one, it’s just that no-one envisaged the current situation where one of the title contenders drawing even a couple of games can put them out of contention. City and Liverpool have forged the no-mistake era and as such are the best clubs at handling that pressure.

In some ways the turn of the century Manchester United/Arsenal rule of two dynamic roughly mirrors the current state of play, with City acting like United by winning the league more often only to see Arsenal/Liverpool do it in a fashion that captures more hearts and minds, however unfair that might seem.

That United team won the Premier League for three seasons in a row between 2000 and 2002, something City are yet to do, although 2022-23 represents another chance to do so.

A few days from the start of the new campaign The Analyst supercomputer has Liverpool as narrow favourites, and after its success in picking England to win Euro 2022 who are we to argue.

It expects Liverpool and Manchester City to be significantly ahead of the rest this season and that feels right. Another 25-point gap to third seems unlikely but the rest of the Big Six are still playing catch-up, both literally and figuratively. The rule of two is set to shape another season at the top of English football.