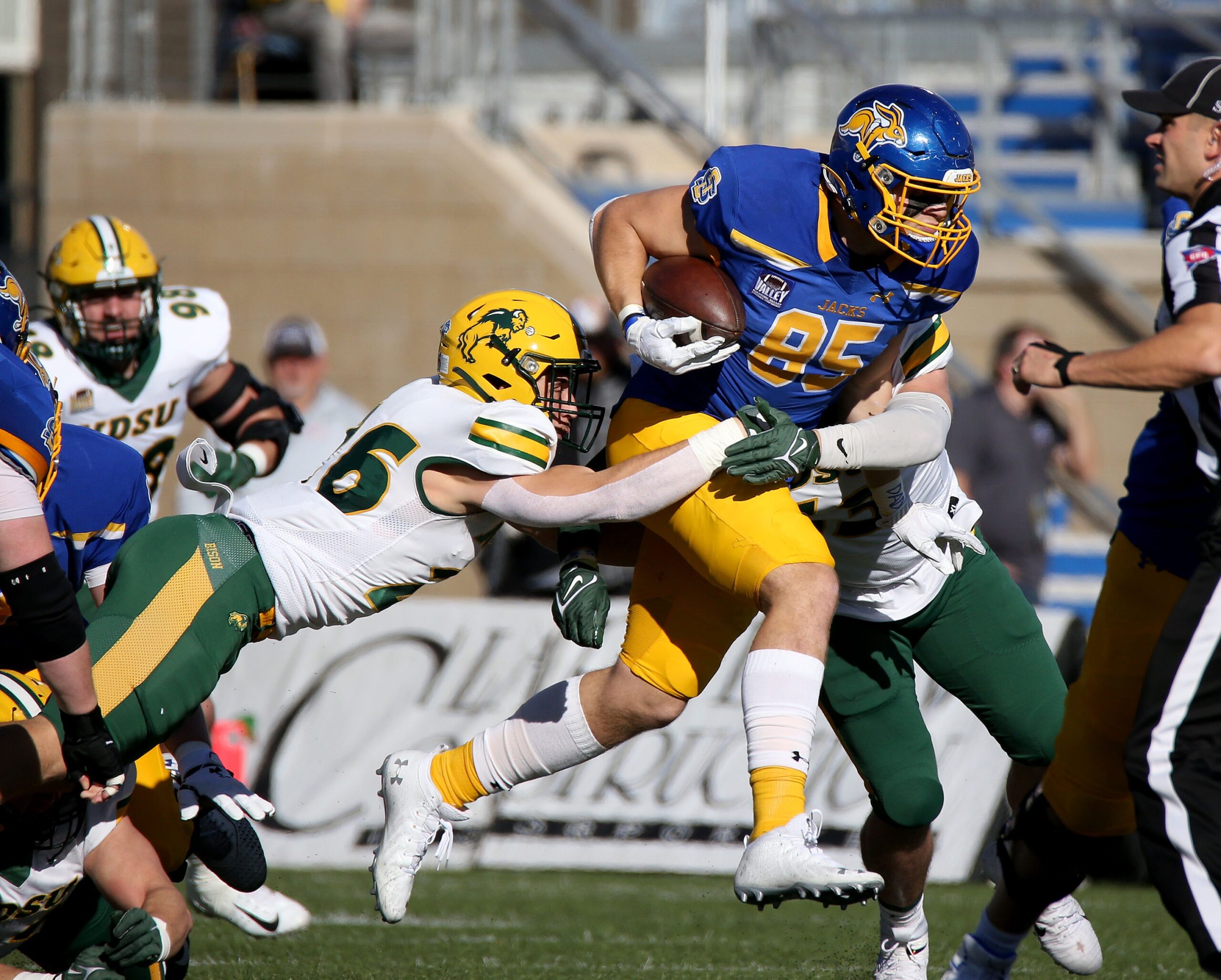 The 2014 FCS championship game serves as a source of pride for the Missouri Valley Football Conference because North Dakota State’s thrilling win over Illinois State marks the only time the two finalists were from the same league.

While the MVFC seeks to match this accomplishment every season, its members aren’t seeking a free pass to Frisco, Texas, or any future championship game site – they welcome outside competition.

The coaches of NDSU and South Dakota State, whose teams were ranked 1 and 2, respectively, in the MVFC preseason poll on Tuesday, and likely will hold the same spots in all of the national preseason polls prior to the 2022 season, admit it’s not good the Division I subdivision has being losing premier programs to the upper-tier FBS, but they add it opens opportunities for other programs.

The MVFC has produced an FCS finalist in 11 consecutive seasons – more than twice the previous high – with NDSU claiming the national title a record nine times. The only other FCS titlists in that time are no longer serving as competition as 2016 champ James Madison departed for the FBS this summer and 2020 champ Sam Houston will do the same next summer, thus making the Bearkats ineligible for the national playoffs this season. Jacksonville State, which faced NDSU in the 2015 national title game, also will move to the FBS next year.

“You never want to see any level of football lose very competitive teams,” NDSU fourth-year coach Matt Entz said, “but I know there’s a number of really good football teams not just in our league but throughout the country that I’m sure are preparing for having an unbelievable season. Some of the names may be new in the near future, but I think the competitiveness is there.”

SDSU coach John Stiegelmeier called the FCS the best NCAA level due to having a 24-team playoff and placing an emphasis on having well-rounded student-athletes.

“I think ours is a pure level of football,” the 27th-year coach said. “The fact that some teams left, that opens the door for some other teams, and I think those teams should look forward to that.”

MVFC commissioner Patty Viverito said the loss of key programs has been tough on the FCS in the last year, but looked back further when she spoke about the visibility and respect that is given to the level today.

“I would say if you ask me are we in better shape than 10 years, I would give a resounding yes,” Viverito said.

“That said, whenever we lose longtime top FCS teams to FBS, one would be foolish not to recognize (recent FBS moves are) a loss, and one that is regrettable.”

It was noteworthy that SDSU and Missouri State, which placed third in the preseason poll, each had twice as many first-team preseason team selections (eight) as NDSU (four). However, the defending FCS champion Bison had the most selection (12) when including the second team. Missouri State, SDSU and Northern Iowa finished with nine overall selections each.

The MVFC is coming off a 2021 campaign in which it established a conference high with six playoff qualifiers, tying CAA Football in 2018 for the most all-time in one season.