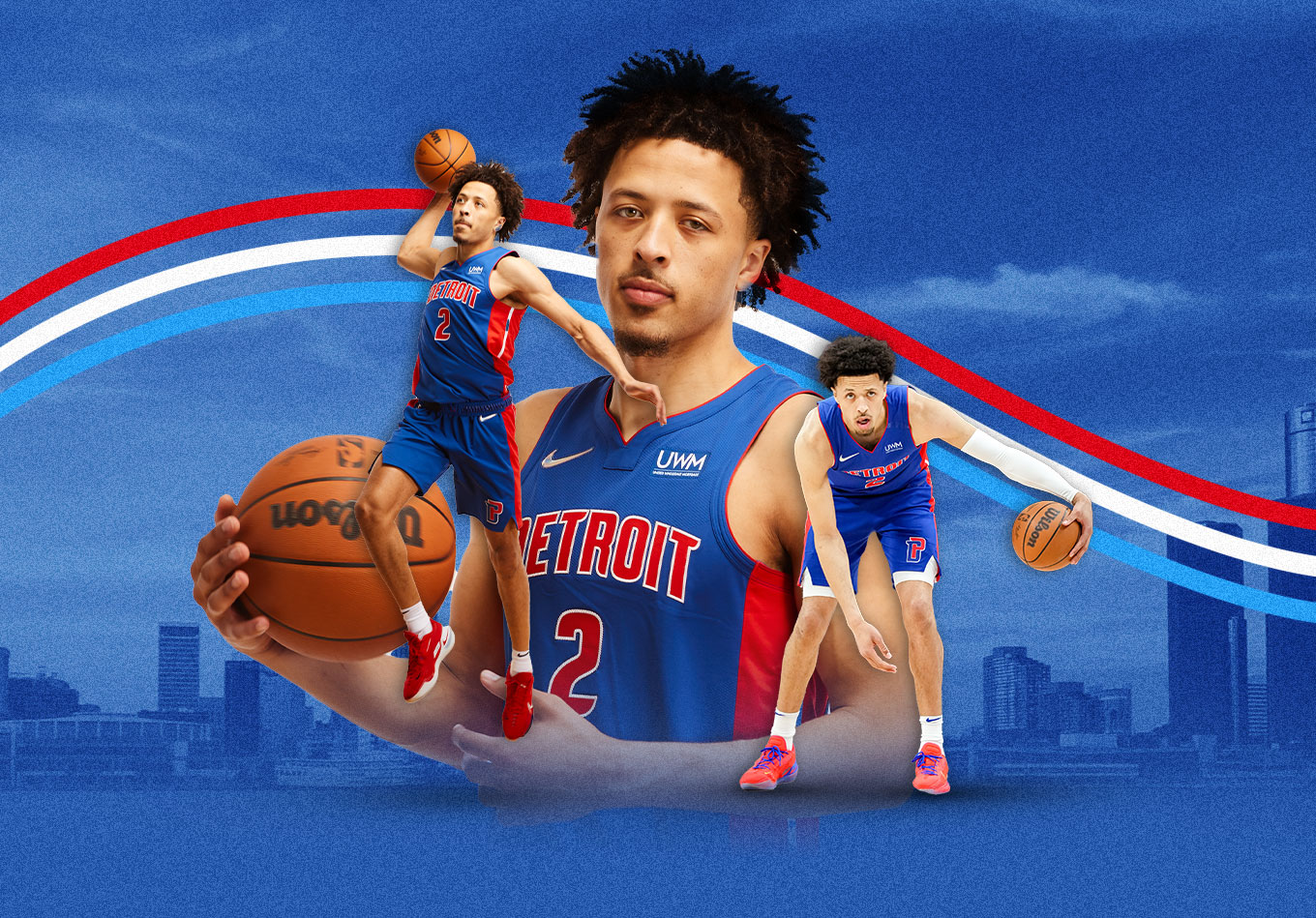 Among the many components that merged to make Cade Cunningham one of the most heralded prospects of the past decade was his versatile and immense slashing prowess.

At 6-foot-6 and 220 pounds, bolstered by sagacious ball-screen and driving guile, the NBA expectation would be for him to routinely generate paint touches, fold defenses, finish inside and catalyze chances for teammates – all tenets of a high-level initiator.

By and large, he accomplished these tasks from the outset of his NBA career last fall. Some parts were more abundant than others, though, and Cunningham’s tantalizing downhill nature didn’t produce profits to the preferred degree through his first three months.

Most of the faults did not rest on his shoulders. His context in Detroit hardly afforded him any favors or leeway. The Pistons generally lacked a secondary ball handler, adequate floor spacing or scoring threats in pick-and-rolls for him across this span.

Whenever Cunningham ventured inside, he was greeted by waves of defenders and scant reliable passing outlets, both inside and beyond the arc. Tossing up a tenuous shot or resetting the offense often stood as the ideal option.

However, some of the hurdles were Cunningham’s doing. He emerged overly reliant on his strength to punish smaller defenders, didn’t always wield his hallmark ball-handling savvy and dribbled himself into precarious positions too frequently.

During his initial 40 games, he averaged 12.7 drives and yielded points on 52% of them, according to NBA.com. Per Stats Perform, his rim frequency was 31.5% and he converted 53.6% of those looks. Over that time, 77.7% of his points at the rim were unassisted, so the burden for a 20-year-old guard in a cumbersome context was extensive.

Regardless, some refinement to improve the first four numbers awaited him. The surrounding situation was not preferable, but he inflicted some of the damage himself in his approach. With non-threatening ball-screen buddies, a constantly congested key and some hasty decision-making, Cunningham’s downhill forays were less enriching than desired or possible.

During his final 24 games, a bevy of factors shifted. Kelly Olynyk, a pick-and-pop big and heady, connective passer, rejoined the lineup on Feb. 1 after a three-month hiatus and played 28 of Detroit’s final 33 games. On Feb. 14, Marvin Bagley III, sent from the Sacramento Kings to the Pistons, made his debut and immediately blossomed as the team’s chief, lone aerial big man.

Isaiah Stewart, a ground-bound center who ranked 93rd out of 144 players in 2021-22 in restricted area field-goal percentage (minimum 200 attempts), began to learn the Gortat Seal to construct driving lanes for Cunningham; if he couldn’t concern defenses as a scorer, he learned to positively leverage his presence elsewhere.

All of these developments helped facilitate Cunningham’s progress as a driver. At the same, as he increasingly brandished the pillars of his pick-and-roll artistry. Hesitation and “in-n-out” dribbles perked up in volume. Deceptive body fakes, often with the head and/or shoulders, were weaponized more commonly.

He maintained a live dribble in traffic to identify the optimal finishing angles and used his frame to shield defenders from intrusive contests. His craft on those finishes increased.

From Feb. 1 onward, a 24-game stretch, he averaged 17.5 drives and yielded points on 55.1% of them. His rim frequency vaulted to 42.2% and he netted 53.9% of his attempts near the hoop. Given he was still creating 70.8% of those shots on his own, it’s an applause-worthy mark for a rookie bestowed such lofty responsibilities.

Olynyk lured defenders out of the paint. Bigs who worried about a potential lob stayed tethered to Bagley inside. Stewart moonlighted as an offensive lineman to carve out openings. Cunningham expanded his bag of tricks and tweaked his approach. Everything coalesced to turn his attacks more fruitful.

When Olynyk was on the floor, Cunningham shot 7.4% better at the rim than without the Canadian sharpshooter. When Bagley took the court, Cunningham shot 14.9% better. Both are back donning Detroit red and blue next season.

Stewart is entering his third year, should continue to hone in on the Gortat Seal and may play more of a stretch four role, if the NBA Summer League is any indicator.

Jalen Duren, Detroit’s 13th overall pick from this summer’s draft, is a rangy, sprightly rim runner who shot 73% at the cup and crammed home 70 dunks in 29 collegiate games. The Pistons’ healthy 2022-23 front-court rotation projects to amplify Cunningham’s drives rather than hinder them, the latter of which was often the result in 2021-22.

Long-term, 2022 fifth overall pick Jaden Ivey and his Hermes-type speed should siphon some on-ball usage from Cunningham and empower him to puncture seams in the defense as an off-ball scorer. Those occurrences will populate periodically next season, just that I don’t want to saddle Ivey with too much in his rookie year.

Eventually, this will be a devastating, symbiotic tandem.

I anticipate Cunningham’s encore NBA campaign will be delightfully good. As a rookie, his elite, manipulative playmaking and versatile, shrewd defense glimmered. The environment in Detroit has been upgraded for him and further assimilation to NBA life will breed maturation too. His three-ball, a heralded tool of his, floundered at 31.4% last season – some positive regression should transpire there.

That methodical, patient driving ethos and the strides he authored over the final two and a half months stand to translate moving forward. He adapted effectively to the challenges facing him and those challenges should be less daunting now. By midseason, there’s a reasonable chance he’s tabbed one of the game’s foremost slashers.

The groundwork for such a label began last February and will be on prominent display quite soon. 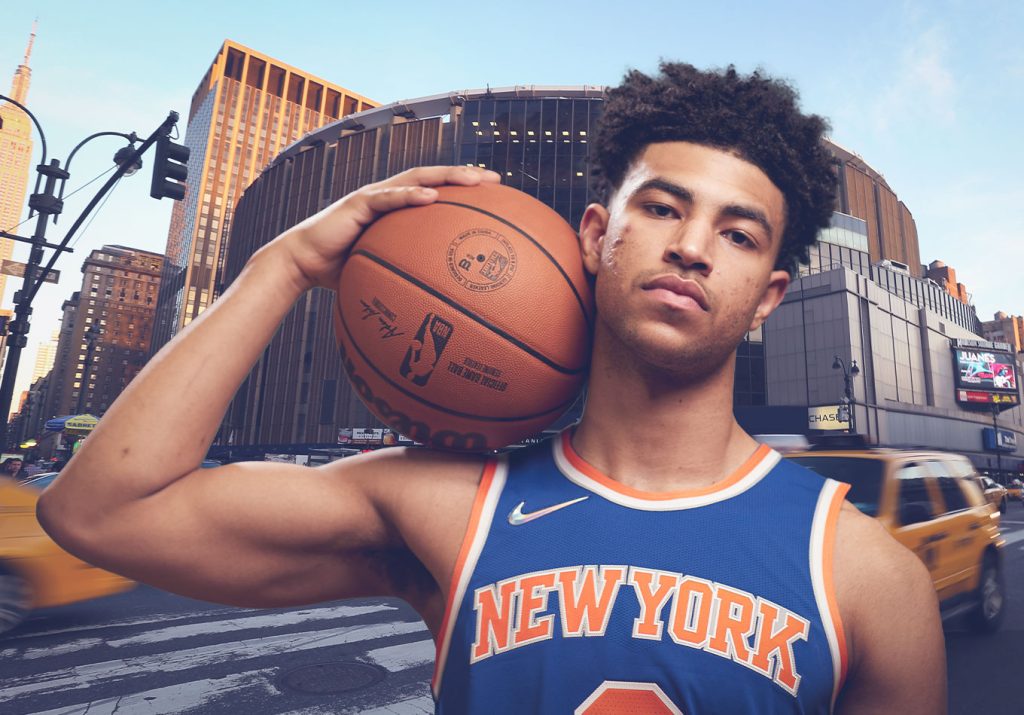