Can Dustin May and His Wicked Arsenal Come to the Dodgers’ Rescue?  | The Analyst 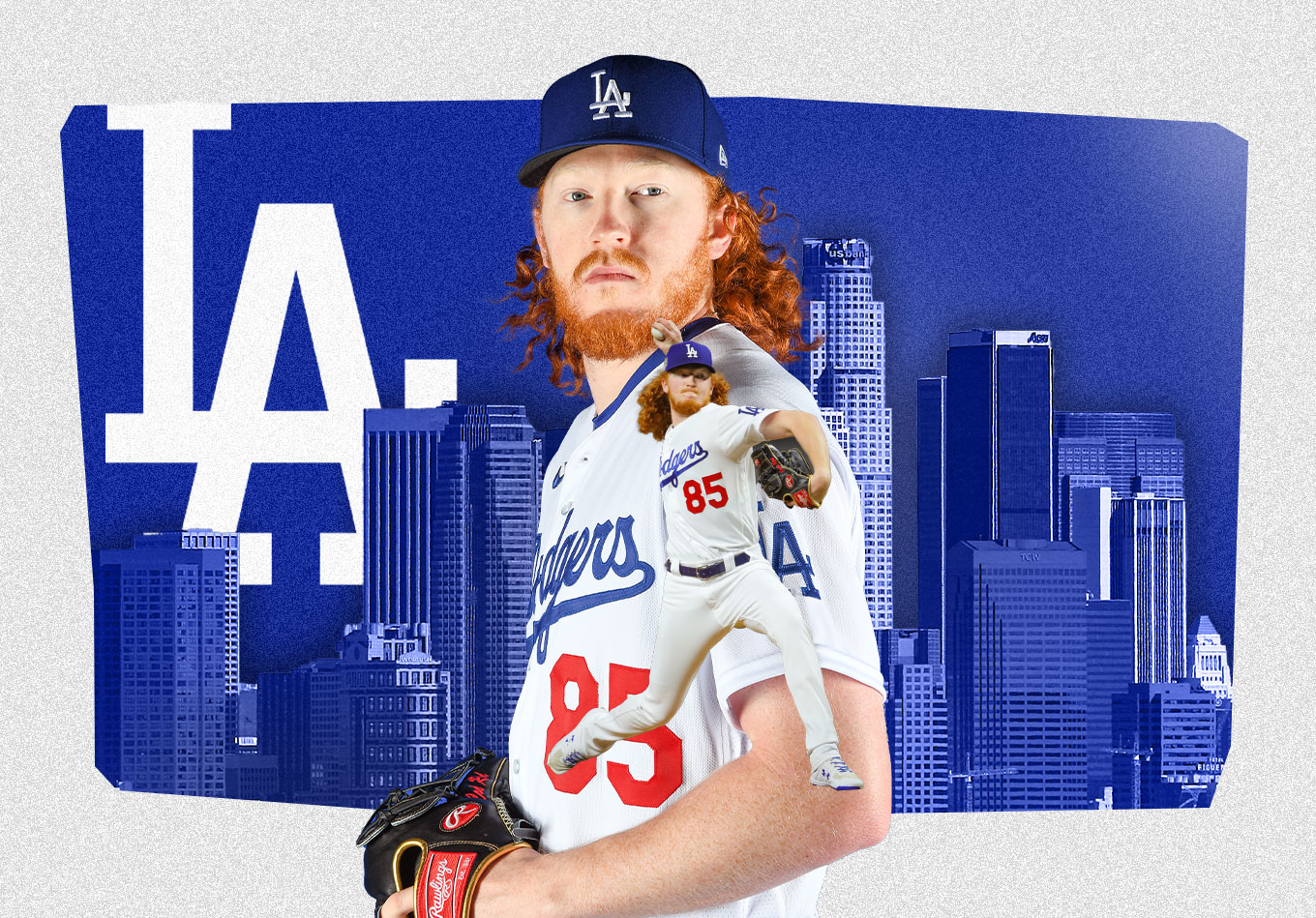 Can Dustin May and His Wicked Arsenal Come to the Dodgers’ Rescue? 

Los Angeles Dodgers ace Walker Buehler recently underwent Tommy John surgery and a flexor tendon repair and is sidelined for the rest of the year. Clayton Kershaw has suffered lower back issues and remains on the shelf. Danny Duffy hasn’t pitched an inning yet, and Andrew Heaney has been limited to 41.2.

So why don’t the Dodgers push the panic button? Because they know they can replace their production thanks to their phenomenal player development and coaching. They’re known for working with a pitcher for a few weeks or months and turning them into reliable weapons on the mound.

No Kershaw to start the season? Heaney has a sub-2.00 ERA. The team didn’t retain Max Scherzer? Tony Gonsolin has cemented his place as an All-Star pitcher with a 2.10 ERA. Duffy had a setback? Tyler Anderson is now a 2.73-ERA pitcher, over 135.1 frames. It’s truly amazing.

May’s stuff is so nasty that most sites don’t agree on which pitches he throws. His go-to weapon is his two-seamer, a pitch he threw 39.7% of the time last year and can dial it up to 100 mph. Some call it a sinker: it moves away from left-handed hitters.

His second-favorite pitch is his curve, which has slider-like movement. It’s a truly nasty offering and can get swings and misses no matter the batter’s handedness. In 2021, May went to his curve 22.8% of the time.

He also throws a four-seamer (19% in 2021) and a very good cutter, which is a faster, sharper version of his curve/slider but with less break. He will throw in an occasional changeup.

In his lone start back from injury, it’s fair to say his stuff looked as good as ever. That’s one of the worries with Tommy John surgery, but so far, May has checked that box. For the “command” one, he will need more innings, but his 2/9 BB/K ratio may be a good omen.

May tossed five shutout innings against the Miami Marlins on Saturday, surrendering one hit and striking out nine. He overcame a rocky start – a 26-pitch first inning – to completely dominate the opposition. Much like he did last year.

The Road to Stardom

Enter 2021. Not only did the Dodgers work with May to improve his arsenal, but they changed his pitch mix to maximize his tantalizing strikeout potential. The right-hander threw his two-seamer over 50% of the time in 2020 and also used the cutter almost a quarter of the time (24.2).

Basically, he threw fewer two-seamers and cutters and increased the use of his curveball and four-seam fastball to get a more even distribution, but making sure two of his best pitches were featured the most: the two-seamer and the curve.

The cutter and the curveball are incredibly effective swing-and-miss weapons, while the two-seamer in particular generates lots of ground balls. May has it all, and all he needs is health to showcase his full potential, the kind he displayed in 2021.

How do we know he was on the verge of joining the upper-echelon of MLB pitchers last year? Not only traditional stats backed up that statement, but advanced metrics like RV-, strike+ and whiff+ tell a similar story.

RV- means raw value and measures a pitcher’s worth on a pitch-by-pitch basis, not just analyzing the outcome of an at-bat. Hurlers will get points for coercing hitters into weak contact, for inducing whiffs, and even for painting the corner on a called strike. They’ll be penalized for balls, hard contact, and middle-middle meatballs, for example. Every offering counts.

For pitchers, the lower RV-, the better, and 100 is considered league average. In 2020, May was worse than average with a 105 RV- despite his 2.57 ERA. The following year he took that number down to an impressive 69 RV-, albeit in just 23 innings.

If we want to take an even deeper look, it’s convenient to analyze May’s ability to induce swings and misses, throw strikes, and show good command separately. Whiff+, strike+ and command+ come in handy in that regard: for all of them, 100 is average, and higher is better.

While his improvement in command+ was minuscule (from 94 in 2020 to 96 in 2021), May was much, much better in strike+ (91 to 111) and morphed into a swing-and-miss artist, going from a 83 whiff+ in the pandemic season to 134 the following year: if it wasn’t for the small sample, we’d say that’s one of the most impressive transformations a pitcher has endured.

Just when he was on his way to establishing himself as an ace, he blew out his elbow in May and needed Tommy John surgery. He was declared out of action until at least the second half of the 2022 campaign.

The recovery process was long and painful, but the pitcher they call “Gingergaard” looked extremely impressive in his 2022 debut last week and is hungry for more.

The Dodgers will take it easy with him, but the idea is to have him without any restrictions come playoffs time.

Is he really a worthy replacement for LA’s injured stars? The small sample size screams “not yet.” But his raw stuff and great command for a pitcher with so much movement seems to indicate the answer may well be yes.

Only time will tell, but the time is now.