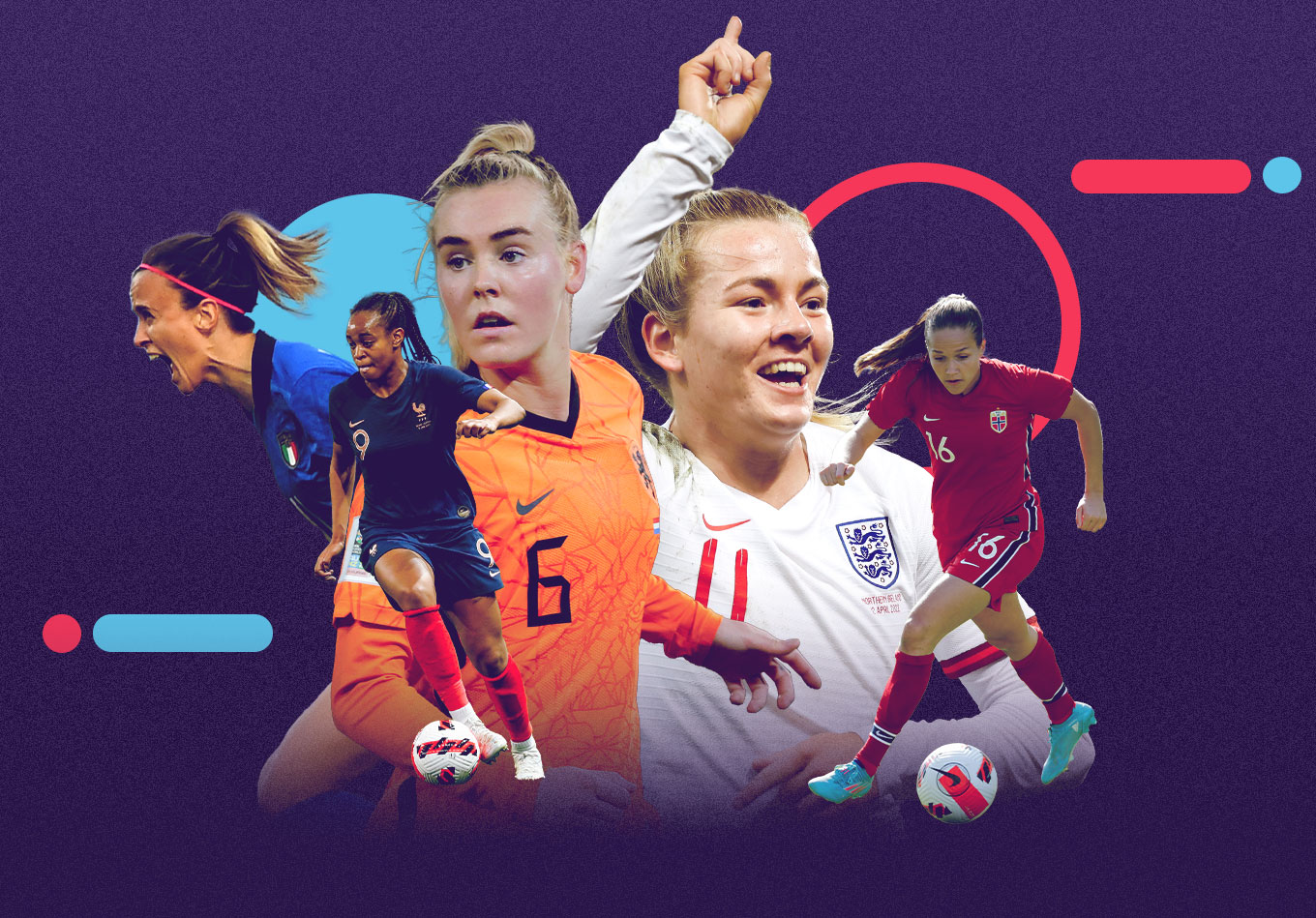 The 24 group stage games at Women’s Euro 2022 are complete and we now know our final eight teams. We’ve already seen a record-breaking goal tally at these finals, but what else have we learnt from the action so far?

We’ve seen 78 goals scored so far at the Women’s Euro 2022 tournament – that’s already a record in the competition’s history within a single edition. Granted, this edition is bigger than many of the previous iterations, with 24 games already played. However, only Euro 2005’s 3.33 goals per game is higher than the 2022 tournament (3.25) as it stands.

The 2022 tournament has seen two goals scored within the opening minute of the match – Finland’s Linda Sällström against Spain (48 seconds) and France’s Melvine Malard versus Iceland (46 seconds). Before 2022, only two opening minute goals had been scored in the history of the competition – Karen Farley for England versus Germany in 1995 and Linda Medalen for Norway against Sweden in 1989.

Despite such a deluge of goals, the data suggests we should have seen even more. The shots attempted at the 2022 finals so far have accumulated a total of 84.6 expected goals – between six and seven more than we’ve actually seen.

One of the biggest culprits were Iceland, who finished just behind Belgium in the group stage and failed to qualify for the quarter-finals. It was in their game against the Belgians, which they drew 1-1, that they spurned better quality chances than any other team in a game at Euro 2022.

That match saw Iceland score one goal from an xG total of three, including a penalty miss in the 33rd minute with the scores locked at 0-0. Had Iceland won this match – as they data suggests they probably deserved to – they would have made the quarter-finals at the expense of Belgium.

Evrard to the Rescue

The hero in that draw for Belgium against Iceland was goalkeeper Nicky Evrard, who saved Berglind Thorvaldsdottir’s first half penalty in the match.

It wasn’t just in this game that she produced the finest performances, though – overall in the group stage, her 15 saves prevented 5.5 goals from being scored, based on our expected goals on target model (xGOT). That total was the most of any goalkeeper in the group stage, ahead of England’s Mary Earps (2.7), who is yet to be beaten at the tournament.

Evrard saved her best performance for the final group stage game, a 1-0 win over Italy to secure their place in the quarter-finals. The six Italian shots that she faced on target had a total xGOT value of two, meaning her saves prevented Italy from scoring twice and possibly a 2-1 victory that would have seen them progress instead of her Belgian side.

Spain vs England: The Tiki-taka Derby

Based on the playing styles of England and Spain in the group stage of Euro 2022, their quarter-final encounter is going to be akin to a game of chess.

When looking at the speed at which teams progress upfield with attacks against the average number of open play passes per sequence in the tournament so far, England and Spain stand out like a sore thumb.

Both sides lead the way in terms of total number of open play passing sequences that have 10 or more passes – twice as many as the other teams – but there is a point to their possession dominance, as these eventually lead to shots or entries into the opposition box over 25% of the time (Spain: 28.8%, England: 29.4%).

A fine example of this was England’s fourth goal against Northern Ireland in their 5-0 win.

Alessia Russo’s second goal of the game wasn’t just beautiful for her immaculate turn and finish, but it also saw 16 passes in the build-up – no goal at Euro 2022 has seen a longer passing build-up leading up to it.

The increase in quality that teams like England and Spain possess on the ball have shown just how far European national teams have progressed over the last decade.

When comparing the last three Women’s European Championship tournaments, Euro 2022 leads the way in each of the passing metrics shown above.

Euro 2017 actually saw a decrease from 2013, but this tournament has shown sides to be even more comfortable on the ball than the two previous editions.

Future is Bright for Spain

Whilst Spain were the favourites for many pre-tournament, our predictor didn’t fancy their chances of glory in England this summer as highly.

Before a ball was kicked, we gave Spain an 8% chance of lifting the trophy at Wembley in 2022, and that was before star player Alexia Putellas was ruled out days before the tournament began with a long term injury.

Even if our predictions are proved correct, and Spain don’t go on to lift silverware this summer, they can be buoyed by the fact that they have had the youngest starting XI on average during the tournament so far (26 years, 97 days).

Maybe there is life without Putellas – who will be 29 years old when the 2023 Women’s World Cup is played next summer – and even Jennifer Hermoso (now 32).

How will the Quarter-finals Play Out?

With the group stage now over, we’re left with the crème de la crème of women’s football in Europe.

You’ll all have you views on what teams will make it through to the final four of the tournament, but what does our esteemed supercomputer think the outcome will be?

The machine sees Germany’s route to the semi-finals as the easiest, with a meeting against neighbouring Austria in the quarters giving them a 79.1% chance of progression.

Reigning champions the Netherlands face current supercomputer favourites France, with the French being given a 67.1% chance of sending the Dutch home.

Is football coming home this summer? Well, the model isn’t sure about that, but tips the Lionesses to progress against Spain on Wednesday night (55.3%), while it thinks they are more likely to face Sweden (51.7%) in the semis than Belgium (48.3%).

Don’t forget that you can do your own analysis using the player and team stats sections in our Euro 2022 data hub. This section of the site also contains daily-updated tournament predictions.