Coach Prime's Influence Has Raised Recruiting in SWAC | The Analyst 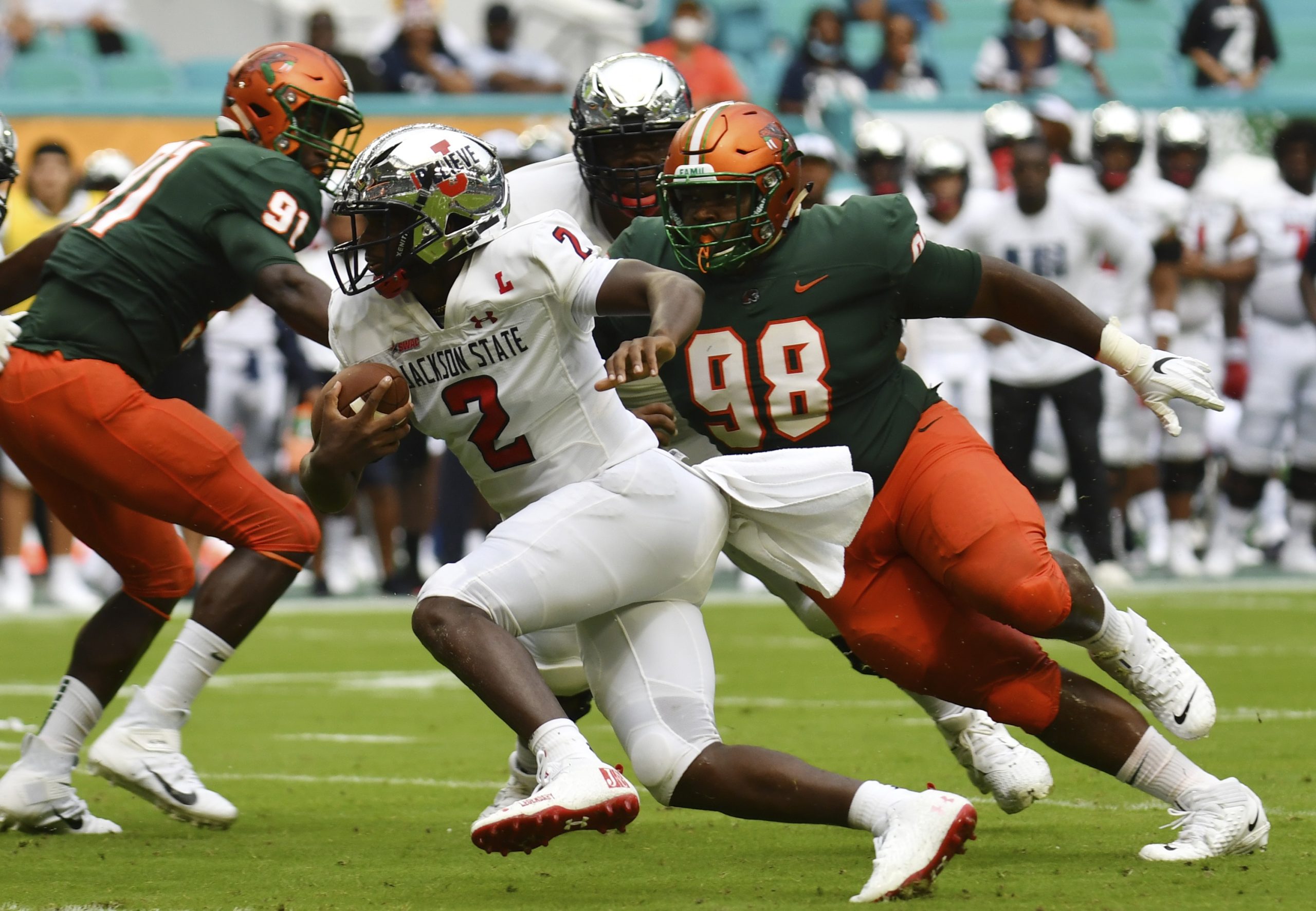 There were skeptics voicing concern when Jackson State football coach Deion Sanders first chose to pursue a higher level of recruit than what had become accustomed in the Southwestern Athletic Conference.

It could be considered a waste of both time and recruiting budget, some doubters even pointing out to Sanders that he attended Florida State, not Jackson State, Alcorn State or another SWAC school.

“They didn’t recruit me because they didn’t think they could get me,” he looks back on it today.

Sorry, Seminoles. But why not, for nearly two years since his hiring, Coach Prime’s impact has been as big a story in FCS college football as even North Dakota State’s dynasty.

Jackson State (11-2), which went unbeaten in the SWAC last year, drew the largest point total in the conference’s preseason poll at media day Thursday in Birmingham, Florida. Sanders’ son Shedeur, one of the prize recruits in his first recruiting class, was selected as the SWAC’s preseason offensive player of the year.

Coach Prime’s impact has been felt across the SWAC, where other coaching staffs have raised their recruiting aspirations. NIL deals (the paid use of name, image or likeness) that last summer became available to students-athletes have leveled the playing field more, making FBS players even more inclined to transfer to the lower half of Division I.

Alabama A&M coach Connell Maynor guided his program to the SWAC title in the shortened 2020 season that was delayed to the spring, and the difference he saw in Jackson State’s defense between then and the 2021 season in the fall influenced his program’s pursuit of FBS dropdown transfers.

“That defense wasn’t very good (in spring 2021),” Maynor said, “and (Sanders) went into the (NCAA transfer) portal. And then the next year, he’s got the No. 1 defense (in the SWAC). He didn’t do anything illegal, he showed what you have to do. You have to go out to the portal and get some of these players from bigger schools that’s proven – that’s bigger, faster and stronger – and get them on your team.”

The SWAC’s 12 programs have attracted over 150 transfers across the 2022 recruiting cycle, and nearly three-quarters of them were once at FBS programs. A HERO Sports report reflected the average number of FBS dropdown signings to be 10 per SWAC school, led by Alabama A&M with 27, Jackson State 18, Alabama State 17 and Florida A&M 13. Grambling State added one of the most coveted in UCLA transfer quarterback Kajiya Hollawayne, a former four-star recruit.

“It’s a deal where now you’re going to have athletes coming in pretty much ready to go,” said Prairie View A&M’s Bubba McDowell, the former NFL safety who after 10 seasons as an assistant coach with the Panthers was elevated into one of four new head coaches in the SWAC.

Jackson State had the most selections on the SWAC preseason team with eight, followed by Florida A&M with six, then West preseason favorite Southern, Grambling State and Arkansas-Pine Bluff with five each. Florida A&M linebacker Isaiah Land was named the conference’s defensive player of the year.