Predicting the Knockout Stages at Women’s Euro 2022 | The Analyst 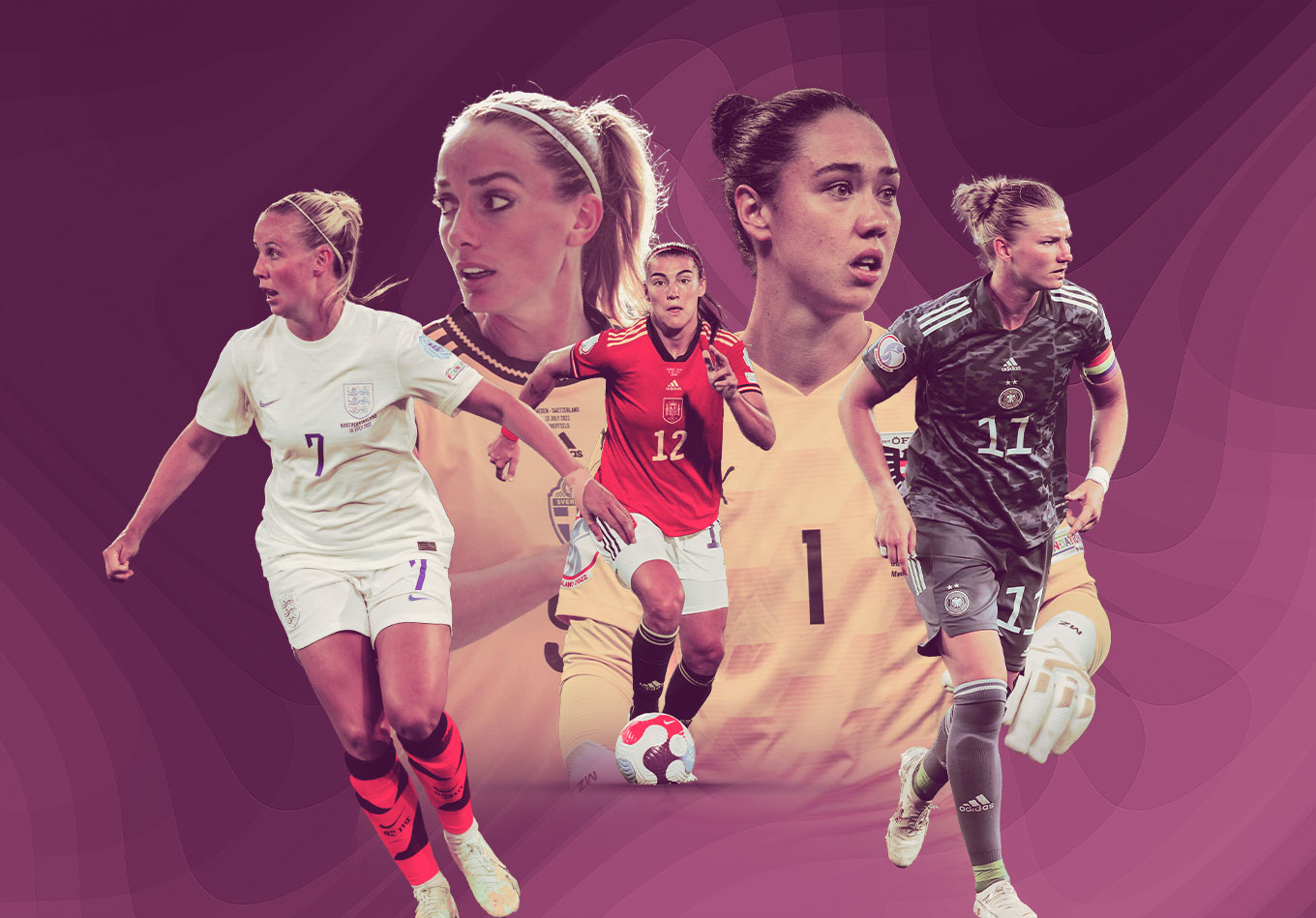 The good news: the remaining 23% should be filled with all the chaotic thrills and spills that knockout football brings.

But when the dust settles, who’ll be left standing? For us mortals, your guess is as good as ours. But fortunately, we can call upon the ordained power of the supercomputer to simulate the remainder of the tournament.

Let’s look at the permutations.

The juiciest of the quarter-final match ups is first on the docket, as free-scoring hosts England take on many people’s pre-tournament favourites Spain.

But as we’ve outlined in our group stage reviews for the Lionesses and Jorge Vilda’s side – which give a more detailed breakdown of the teams – the two sides have had contrasting tournaments so far.

England waltzed through their group, smashing records along the way. There was the solid, measured 1-0 opening win over Austria. The barmy 8-0 record-breaking win over Norway followed and a comfortable 5-0 victory against Northern Ireland rounded off their group stage work. 14 goals scored (the most of any team in the group stage at any Women’s Euros). No goals conceded (the first side to score 10+ goals while not letting in a single goal). Job. Done.

England’s crop of exciting players are all finding form at the right time. The same can’t really be said for Spain. Question marks over Jorge Vilda’s management of the side, from personnel decisions to frequent positional changes, combined with the noticeable absence of Jenni Hermoso and Alexia Putellas who are out through injury, has meant Spain have struggled for rhythm so far in this tournament.

In classic Spanish style, they are dominating their way to constant possession in their opposition’s half, but have been unable to create true clear-cut opportunities. Despite averaging the highest possession figure in the tournament so far (73.8%) and completing the most passes in the opposition half, their xG/shot value of 0.11 is the fifth-lowest of all teams.

But for all Spain’s consistent inconsistency, the supercomputer has this match evenly poised. The two sides have played very similar styles of play so far, dominating the ball and staying patient in possession. Whether one side changes its approach (it surely won’t be Spain) will be fascinating to see.

England are favourites to emerge though, and the supercomputer reckons they’ll be favourites against their semi-final opponents too. Speaking of, they’ll play the winner of…

Officially the closest quarter-final tie of them all, this one is basically a coin flip.

Sweden swanned into the knockouts in style with a 5-0 win over Portugal. That was Sweden’s joint-biggest win at the Women’s Euros, equalling their 5-0 victory over Finland at the 2013 tournament when they were hosts. Stina Blackstenius has been a constant threat up front, registering the highest expected goals total for her side (1.6) and she’s landed more shots on target than any other player so far in the tournament. She’s been supported by skipper Kosovare Asllani, who not only has three assists to her name already but has led Sweden’s high press from the front. Aslanni has won possession back in the final third almost six times per 90 (5.7), the highest rate of any player in the tournament. Sweden lead all teams in forcing high turnovers.

For Belgium, this is all a new experience. In squeaking past Italy in their final group game, they’ve qualified for the knockout stages of the Women’s Euros for the first time. Unlike Sweden, Belgium defend in a lower block and start their attacks far closer to their own goal.

Ives Serneels’ side have spread the load evenly in front of goal so far, with their six goals scored being bagged by five different players.

On the other side of the draw, lurk the two leading favourites, France and Germany.

Germany have an overwhelming shot at getting to the semi-finals, with the simulator predicting an almost 80% chance of them swatting aside Austria.

Germany’s progress so far has been serene. Martina Voss-Tecklenburg’s side won all three of their group stage games without conceding a single goal. It’s the second time a German side has managed that, previously doing so in the 2005 edition. Their nine goals and 62 total shots so far are both only second to England, while Alexandra Popp is the second player – after England’s Beth Mead – to score in all three group stage games at Euro 2022.

Popp has been ably fed by Germany’s supporting cast. Winger Svenja Huth has been particularly devastating, with her 2.0 expected assists from open play the highest of any player at the tournament so far, while only two players have created more chances than Klara Bühl’s 10.

Austria will be stubborn though and do come into this fixture in really good form. They’ve won eight of their 10 matches across all competitions in 2022, scoring 29 goals while conceding just five in return.

This tie will likely be attack versus defence, with Germany monopolising the ball and Austria sitting back. The Germans have completed a sequence consisting of 10+ passes on 25 occasions so far at the Euros. Austria have done that just five times.

The final last eight tie sees our model’s favourites France in action. Les Blues are rated at 24.5% of winning the whole thing, and unsurprisingly are favourites to meet Germany in what would be a humdinger of a semi-final.

Only England (12.9) registered a higher expected goals output than France in the group stage (9.3), with Grace Geyoro leading the way for both expected goals (2.1) and goals, with all three of hers coming in a first-half hat-trick in France’s opening game against Italy. In Women’s Euros history, that’s the first ever first-half hat trick we’ve witnessed.

Delphine Cascarino has been a menace on the flank with her ball-carrying threat. Despite just playing a half against Iceland, no one in the tournament has created more team shots following a carry than the Lyon flyer.

France will be cursing the fact they’ve got Germany in their side of the draw, or else that 24.5% chance of winning the trophy would be a lot higher.

Holders Netherlands have got their work cut out. There’s a likely chance their nine-match unbeaten run at the Women’s European Championships comes to an end here. 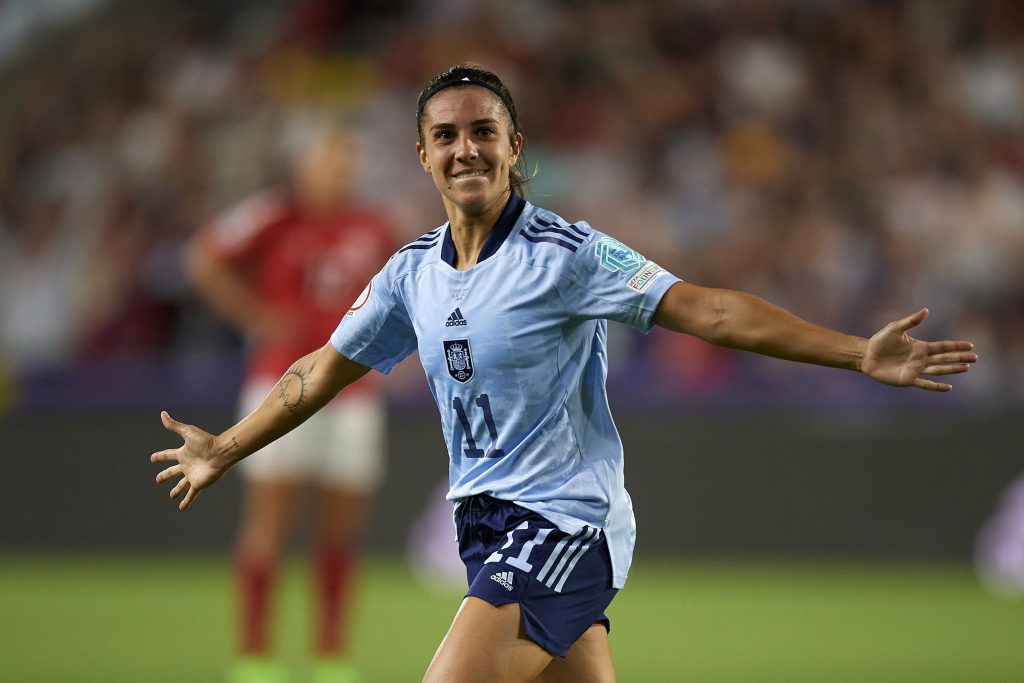