The Biggest Bundesliga Wins | The Analyst 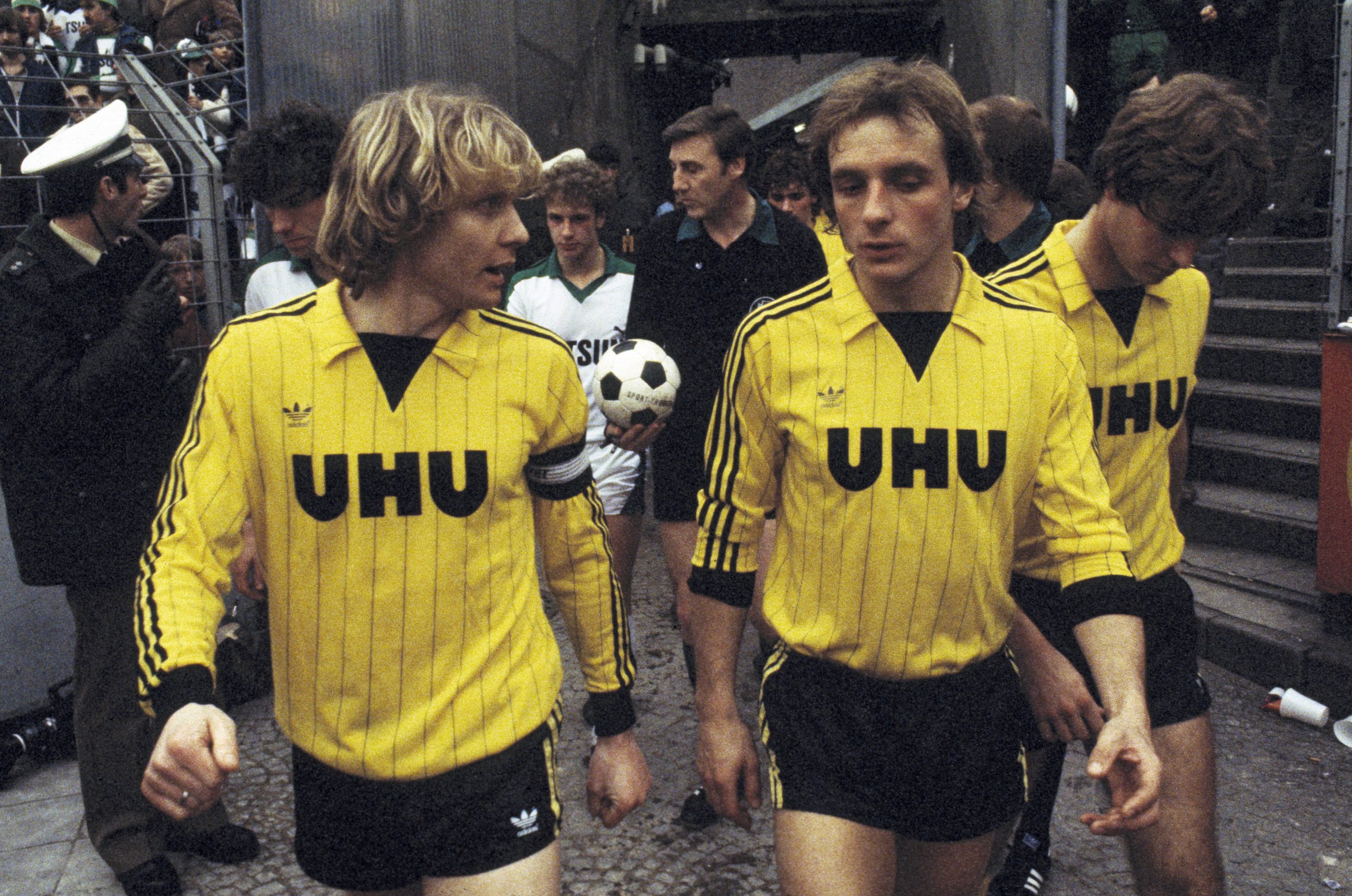 Origins of The Foals

Even before the Borussia from Mönchengladbach earned their legendary reputation in the 1970s as the “Foals’ Eleven” and celebrated five German championships, the team from the lower Rhine put down a big marker in 1967.

Only promoted to the Bundesliga the season before, Hennes Weisweiler’s side became the first team to ever record double figures in goals when they beat Schalke 11-0 on matchday 18 of the 1966-67 season. Bernd Rupp was the first Gladbach player to score four goals in a single match, the only four-goal haul in his Bundesliga career.

Just under 10 months later, the Foals enjoyed another historic goal gala. On the 12th matchday of the 1967-68 season, Borussia had taken it easy in the first half against promoted Borussia Neunkirchen and were only 2-0 up thanks to goals from Peter Meyer and Günter Netzer at the break. There was no stopping them in the second half, however, with Gladbach scoring eight more goals, including three more from Meyer.

For Borussia Neunkirchen, it would be their last ever German top flight season, as they were relegated in 17th position and above only Karlsruher SC in the table.

After suffering a 3-2 defeat in Frankfurt the week before – giving up top spot in the table to Schalke 04 in the process – the Bavarians struck back in style. Their 11-1 win over Borussia Dortmund in November 1971 remains the only time in their league history that they’ve scored at least 10 goals in a match.

Gerd Müller scored four of his 40 league goals across the 1971-72 season in this game – that seasonal tally a record in the competition for 49 years, before Robert Lewandowski surpassed him in 2020-21 with 41 goals.

Bayern ended the season with 101 goals in the Bundesliga, which remains a record in a single season. BVB, meanwhile, saw themselves relegated from the Bundesliga that campaign – their only relegation from the competition to this day.

The final day of the 1977-78 season witnessed another of the biggest Bundesliga wins. On that day, the title could still be won by either of the Rhineland rivals Köln or Borussia Mönchengladbach, with both sides level at the top of the table but Köln having a better goal difference of 10.

Mönchengladbach did their job, setting a new competition record by beating Borussia Dortmund 12-0 with six goals in each half, but unfortunately for them, Köln were able to defeat St. Pauli 5-0 at the Kiez, with the three-goal positive difference enough for them to win the title.

It Was Acceptable in the 80s

With the scores locked at 1-1 at half-time in the meeting between Borussia Dortmund and Arminia Bielefeld on matchday 12 of the 1982-83 season, there was little to suggest that this would be anything other than a routine Bundesliga match. Then things went mad.

Arminia suffered a complete collapse in the second half – this despite taking a 1-0 lead. They’d eventually concede 10 goals to Dortmund after half-time and are the only team to ever concede as many as 10 goals in the same half of a Bundesliga match. Five of BVB’s goals that day were scored by Manfred Burgsmüller – the only Dortmund player to score this many in a Bundesliga match.

Gladbach were the first team to reach double figures for goals in the Bundesliga, but they are also the last. On matchday eight in 1984-85, they enjoyed a 10-0 win over Eintracht Braunschweig. In this win, they led 5-0 after just 25 minutes – the quickest that a team has led by this much in a Bundesliga game.

That season saw Braunschweig relegated from the Bundesliga in bottom spot, and it took them 29 years to return to the top-flight.

The Biggest Bundesliga Away Wins

Each of the six biggest wins in Bundesliga history all came at home, but there has also been some huge margins of victory by away teams in the competition.

MSV Duisburg became the first – and so far, only – team to win a Bundesliga away match by a nine-goal margin, when they enjoyed a 9-0 victory at Tasmania Berlin in March 1966.

As league newcomers, the side from the capital proved uncompetitive over the entire season, scoring just 15 goals and conceding 108 while collecting just 10 points (when converted to three points for a win) – all negative Bundesliga season records.

Only three weeks later, Borussia Neunkirchen suffered a big defeat at the hands of 1860 Munich, losing 9-1 on their home turf. The Munich Lions were led by notorious coach Max Merkel and were crowned as Bundesliga champions at the end of the 1966-67 season for the only time in their history.

It was not until 2000 that an away team achieved a similar feat. In the battle for the Bundesliga title in 1999-00 – which Bayer Leverkusen dramatically lost on the final day in Unterhaching – the title contenders swept promoted side SSV Ulm off the pitch on matchday 25, winning 9-1.

Leverkusen saw seven different players score that day – Emerson (2), Zé Roberto (2), Paulo Rink, Ulf Kirsten, Oliver Neuville, Michael Ballack, and Bernd Schneider – which is a competition record for the most scorers for a club in a single Bundesliga game. 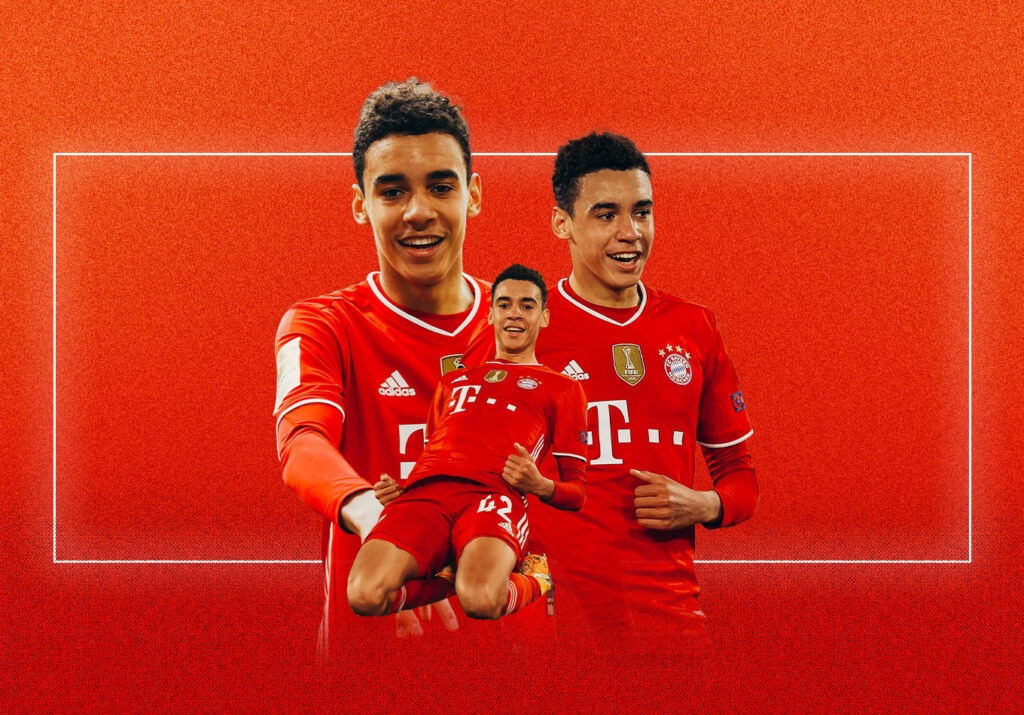 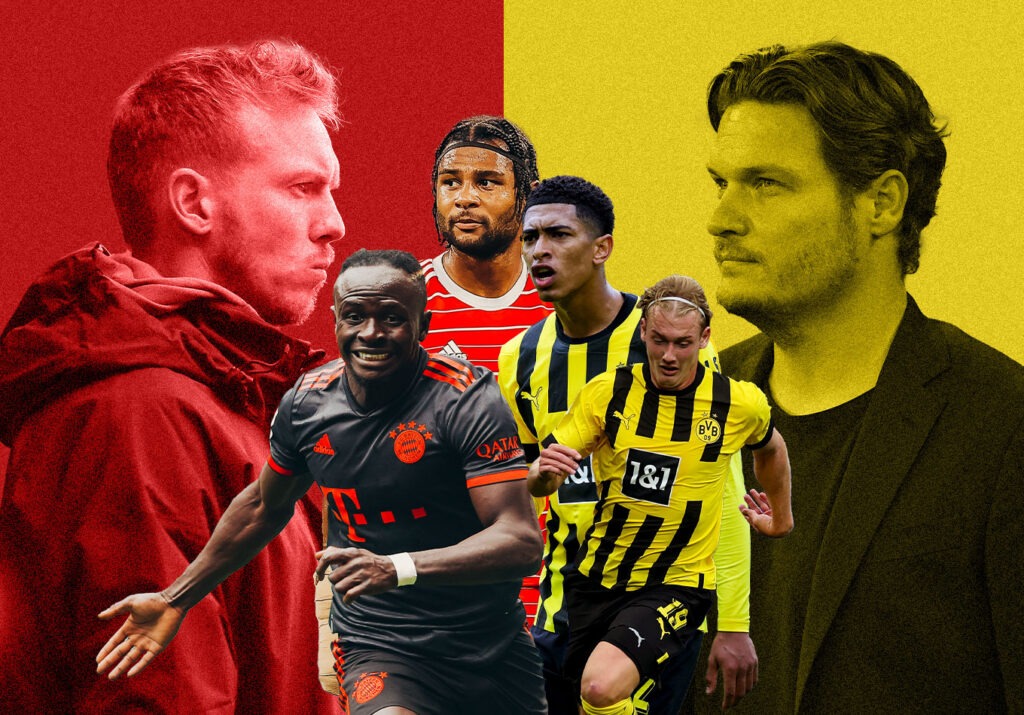