Progressive Fall: Can Baker Mayfield Resurrect His Career in Carolina? | The Analyst 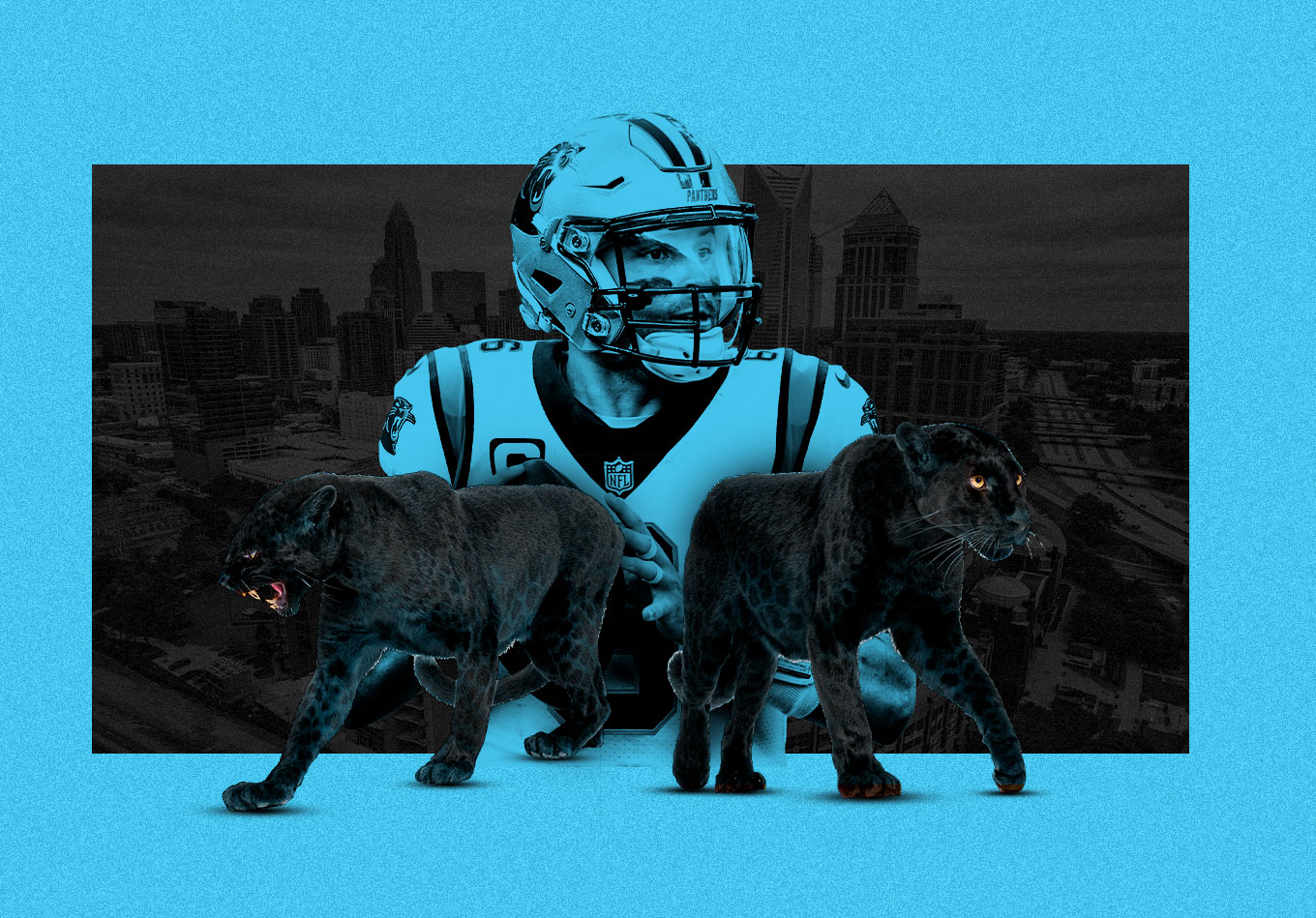 Progressive Fall: Can Baker Mayfield Resurrect His Career in Carolina?

The long and played-out offseason of Baker Mayfield and the Cleveland Browns has finally reached a resolution.

After Mayfield agreed to take a $3.5 million pay cut, the Browns and Carolina Panthers were able to come to terms on a deal to trade the former first overall pick for a conditional 2024 fifth-round pick.

The Browns will eat $10 million of the deal, getting out from the additional $8.5 million guaranteed, while the Panthers will pay Mayfield just $5 million to play quarterback for them in 2023. Mayfield also has the chance to make back that additional $3.5 million in an incentive-based structure this season from the Panthers.

This all came after the Browns began their pursuit of an upgrade, eventually acquiring controversial quarterback Deshaun Watson in the middle of his ongoing battle with the NFL over a multitude of grotesque off-the-field accusations. Mayfield requested a trade from the Browns in the middle of this pursuit, as it was apparent both sides of the coin could not be reconciled.

As the dust settles and the situation comes to an end, what kind of passer are the Panthers getting in Mayfield? And what does the road ahead look like for the former No. 1 overall pick?

You can take out all of the 2021 season when Mayfield played through a shoulder injury and the numbers and film still show a volatile passer. Even in Mayfield’s rookie season when he set the rookie record for most touchdown passes (before being broken by Justin Herbert the following season), he still threw a high volume of interceptions.

This compounded in his sophomore season under one-and-done head coach Freddie Kitchens before current head coach Kevin Stefanski reeled in his play style a bit in 2020 by transitioning him into a play action-heavy offense in which most of the shot plays were dialed up and schemed open.

The argument exists that forcing Mayfield into this more meticulous, calculated passing attack has taken the edge off him as a passer, as his splash plays have decreased significantly under Stefanski. However, the interception numbers dropped in 2020 and Mayfield led the Browns to their first playoff win since returning to the NFL in 1999.

The wheels then came off in 2021 for Mayfield and the Browns, as they decided to move on from the 2018 draft pick. After injuring his shoulder in the second week of the season attempting to make a tackle on an interception return against the Houston Texans, Mayfield played out the rest of the season. His accuracy then dropped and the interceptions went back up.

Mayfield’s adjusted completion percentage (removes throwaways, spikes and other non-throws) dropped from 67.8 in 2020 to 63.9 last season, putting him square into the same range as Carson Wentz (64.9) of the Indianapolis Colts and the man he is replacing in Sam Darnold (64.3). He also had a pickable pass percentage of 4.55 that was the sixth worst in the league among those with 350 pass attempts.

And his expected completion percentage (takes into account well-thrown percentage, air yards and open target percentage – how often the QB targets an open receiver – to determine what a QB’s completion percentage should be) of 66.2 was below that of Ben Roethlisberger (67.1) in his final season with the Pittsburgh Steelers, Taylor Heinicke (66.5) of the now Washington Commanders, and even the man the Browns signed to start in wake of a Watson suspension in Jacoby Brissett (67.6).

A selection from a former regime led by John Dorsey, general manager Andrew Berry and Stefanski never found full comfort or trust in Mayfield as their franchise guy. And to make matters worse? He will face his former teammate and one of the top pass rushers in the league in Myles Garrett Week 1 as No. 6 overall pick Ikem Ekwonu will be thrown right into the fire.

Playing through an injury this past season, Mayfield’s game fell apart, and it went well beyond the shoulder. Not only has the shoulder had to be repaired this offseason, but Mayfield now faces the uphill battle of rebuilding his game from the ground up.

How does Mayfield remove the sense of panic in his game that led to him bailing from clean pockets rather than stepping up and working his eyes through his progressions? How does he rework his upper body to keep his front shoulder closed instead of swinging open like a gate leading to a significant drop in placement and accuracy?

These are real questions that go far beyond healing up from a lingering injury that required offseason surgery. These questions extend to offensive coordinator Ben McAdoo and head coach Matt Rhule. Another lame-duck regime is not exactly a conducive environment for an animated passer like Mayfield to rebuild himself.

He’s undoubtedly a safer gamble for Rhule and his staff than Darnold or rookie Matt Corral. He has a few weapons in Christian McCaffrey and D.J. Moore. However, the situation is a lot for a quarterback entering the last year of his deal, coming off shoulder surgery and entering a change of scenery.

Mayfield has undoubtedly gone from a good situation to a bad one. He’s joining a roster that has the potential to land the first overall pick in the 2023 NFL Draft, and moving from the an offensive line that ranked 15th in pass protection last season to one that ranked 30th.

While there have been complaints about the wide zone offense in Cleveland and Mayfield’s fit, McAdoo’s variation of the West Coast offense is not a much better one. Historically, Mayfield has thrived when he’s been able to attack vertically, an element of his game that was absent last season partially due to his shoulder injury.

He has good weapons in McCaffrey, Moore and Robby Anderson (who has been outspoken against playing with Mayfield), but there’s reason to have little faith in McAdoo’s ability to incorporate his weapons and flexibly build a game plan around his talent.

For just $5 million this season, the Panthers are renting Mayfield as they wait for their next regime to take over in 2023. Rhule and company are betting that Mayfield gives them the best chance to save their jobs, which he does, but will it be enough?

There’s reason to have hesitancies as he faces the task of rebuilding not only his image, but the entire foundation of his game. Whether this is fair to Mayfield or not, there’s a pretty good chance Carolina is just a connecting flight to another destination.

We’ll see what kind of quarterback Mayfield is in Carolina when he squares off against his former team Week 1.