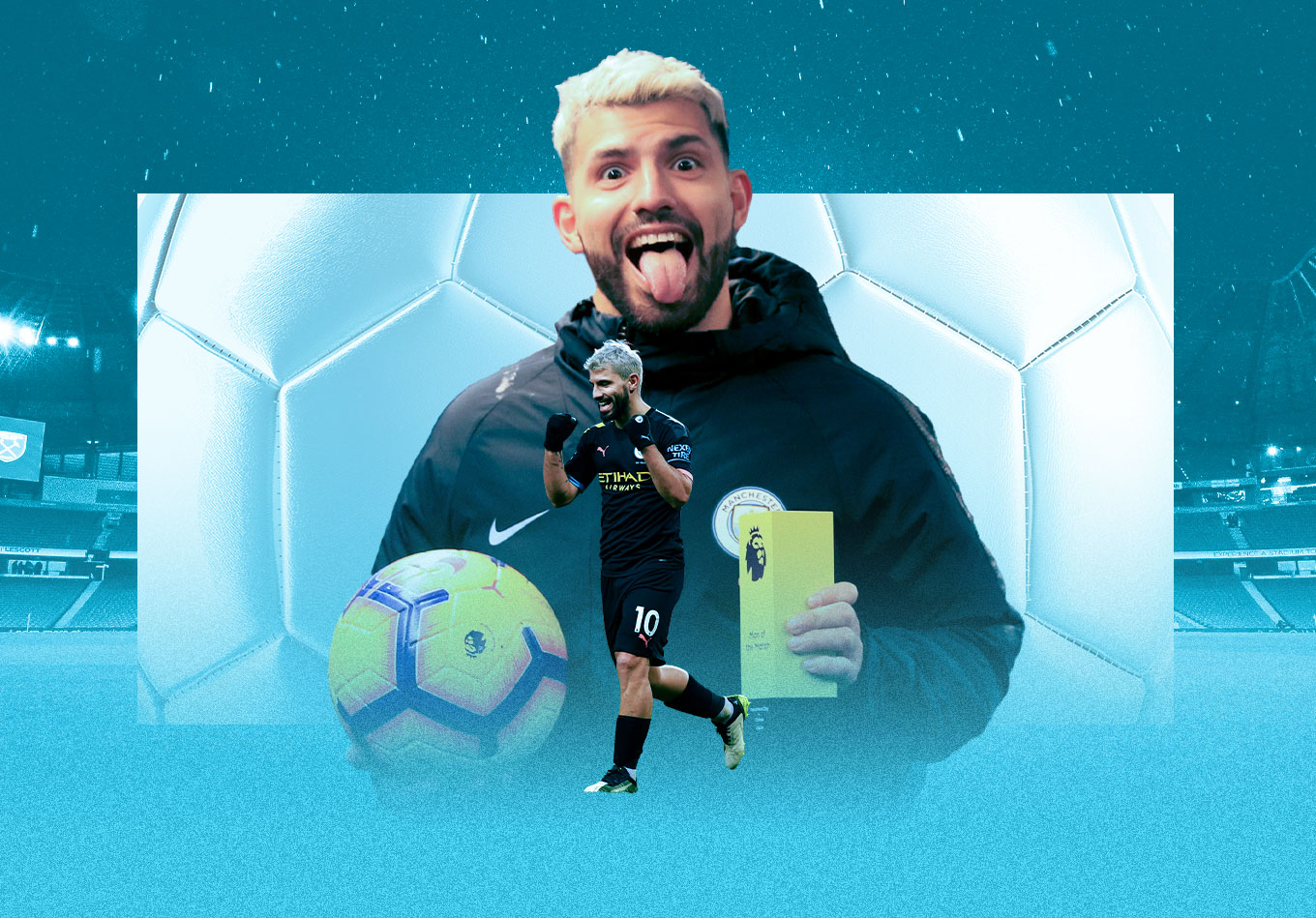 Everyone knows that Brian Deane scored the first Premier League goal, but fewer people are aware that the first Premier League hat-trick was scored in that same holy month of August 1992 by Eric Cantona, then of Leeds United. The newly-constituted English top-flight then had to wait until November to see another treble, this time from Norwich City’s Mark Robins, and by the end of the 1992-93 there had been 14 in total, including one from the 36-year-old Gordon Strachan, which would remain the oldest treble hat-trick in the Premier League for a decade, until a 37-year-old Teddy Sheringham took the mantle.

The symbolism and importance of scoring a hat-trick remains undimmed in football, the ceremonial handing over of the match ball to the player, the additional kudos if the hat-trick was “perfect” (one right footed goal, one left footed goal and a headed goal), the rare occasions where a player goes berserk and pushes past three goals to score four or five times. The first 30 Premier League seasons have seen 361 hat-tricks scored, an average of about 12 per campaign, but we are yet to see a player score a double hat-trick. Five players, though, have scored five goals in a game so it’s fitting that one of those men leads the Premier League for all-time hat-tricks: Señor Hat-Trick himself, Sergio Aguero.

Sergio Aguero announced himself to English football on a hot evening in August 2011, coming off the bench for Manchester City and scoring two goals against Swansea City. Any concerns that he would struggle to adapt to the Premier League were ended that night and it only took him a few weeks to score his first hat-trick in the competition, rattling home three goals against Wigan Athletic in September. Curiously for a player so adept and consistent in front of goal, his next Premier League treble wouldn’t arrive until 2014 and, like a sort of footballing Obi-Wan Kenobi, Aguero’s hat-trick powers became more powerful the older he got. As he turned 29 in 2017 he had five hat-tricks, but then scored seven more aged 29-31, including two in the space of a week in February 2019 versus Arsenal and Chelsea. Aguero’s 12th hat-trick, which gave him the league record, came for Man City against Aston Villa in January 2020 and in the process saw him overtake Thierry Henry as the highest non-English goalscorer in Premier League history.

The Premier League’s record goalscorer was its record hat-trick scorer for a long time, and like a Gen-X music journalist his hat-trick record owes a lot, perhaps too much, to the years 1995 and 1996. It barely seems credible but in the space of 476 days between November 26 1994 and March 16 1996 Shearer scored eight hat-tricks, including five in the 1995-96 season alone (unsurprisingly a Premier League record). Although Shearer scored more goals for Newcastle than Blackburn Rovers, nine of his 11 hat-tricks came for the Lancashire club, an era when his mobility, pace and shooting ability combined to make him an utter menace. His final flourish in this department was the five goal blitz he recorded against Sheffield Wednesday in September 1999. A man of the 1990s, scoring 11 hat-tricks in the 1990s; you can’t get purer than that. Oh, and given that no-one aged under 18 has scored a Premier League hat-trick it should be pointed out that Shearer scored three times on his full First Division debut for Southampton back in 1988 as a 17-year-old, setting a record in a career that would be chock full of them.

Robbie Fowler just oozed hat-tricks as a Premier League player. Two for Liverpool as a teenager, the second of which stood as the competition’s fastest for a long time, five before he had turned 22 and two in the same season for two different clubs in the space of two months in 2001-02. That treble for Leeds was the last hat-trick Fowler scored, but he remains the only player to score four left-footed goals in a single Premier League match, and did so twice, against Bolton in 1995 and Middlesbrough in 1996. That left foot should be in a museum.

Harry Kane scores a lot of goals for Tottenham Hotspur, we know this. We also know that Harry Kane used to score a lot of Premier League hat-tricks. Specifically in the year 2015 and the year 2017. Kane scored two in 2015 as a promising youngster then in 2017 he scored a barely credible six hat-tricks in a single year, including two in four days in May and two in four days at Christmas. Yet since that (as it stands) final hat-trick for Spurs against Southampton on Boxing Day 2017, the England captain and World Cup Golden Boot winner is yet to register another in his domestic league, even as he slowly rumbles towards 200 Premier League goals and perhaps Alan Shearer’s record of 260. If he can reintroduce hat-tricks to his weaponry then those goal records may be a lot easier to chase down.

Thierry Henry is the only four-time Premier League Golden Boot winner so it’s no shock to see hat-tricks playing a major part in his dominance. His first came against Leicester City in 2000 as a 23-year-old but it was the latter part of his Premier League career where Henry really found his hat-trick groove, often registering them in neat pairs before he left England for Spain. There were two in April 2004 against Liverpool and Leeds United as Arsenal neared completion of their Invincible season, two more in March/April 2005 and then the last two in January/May 2006, the final treble coming in the final ever game at Highbury, against Wigan Athletic. Henry was indelibly linked to Highbury so it’s apt that all eight of his Premier League hat-tricks for the Gunners came at that much-missed venue.

The third player with eight Premier League hat-tricks to his name is also the only pre-adult to ever score a penalty in the Premier League; Michael Owen. The former Liverpool, Newcastle United and Man Utd striker’s career was incredibly front loaded, a star that burned so brightly early on before injuries took their toll. This fact is illustrated by the fact that three of Owen’s hat-tricks came when he was 18, and four of the remaining five before he turned 24. Indeed, only three players have ever scored Premier League hat-tricks as an 18-year-old. Owen has three, Robbie Fowler has one and for the big cash prize the third is Chris Bart-Williams for Sheffield Wednesday in 1993. Owen’s eighth and final Premier League hat-trick came in December 2005 for Newcastle against West Ham. At that stage Owen already felt like some sort of grizzled veteran even though this treble came only three days after his 26th birthday. Owen also remains one of only three players to score a hat-trick on Valentine’s Day, along with Matthew Le Tissier and Pierre Emerick Aubameyang. You love to see it.

As one of only two players — so far — to score more than 200 Premier League goals, Rooney’s appearance in this list is not surprising. Unlike, say, Fowler or Owen, Rooney did spread his Premier League hat-tricks across a long period of time, his first coming for Manchester United against Bolton in 2006 and the seventh coming for Everton against West Ham in 2017. The final goal of his final treble came, naturally, from his own half. Pure Rooney, pure length.

The list of clubs Luis Suarez scored Premier League hat-tricks against is not the most glamorous, but one specific name does stand out. In chronological order they go: Norwich, Norwich, Wigan, West Brom, Norwich, Cardiff. That’s right, 1.8% of all the goals Norwich have ever conceded in the Premier League were to Suarez, and he only ever played six games against them. When he scored the fourth of his six hat-tricks, in October 2013, he was averaging a hat-trick every 20.1 games, an extraordinary rate from a player who created headlines as relentlessly as he tormented Norfolk’s leading football club.

If you’ve read this far then it’s fair to assume that you really really enjoy hat-tricks, so why not feast on this bonus supercut of Premier League hat-trick information:

Robbie Fowler has scored more perfect hat-tricks than any other player, with three. Former Bolton man Fredi Bobic remains the lowest scoring player to have a Premier League hat-trick to his name, scoring four goals overall, with three of them coming against Ipswich in 2002. Fabrizio Ravanelli remains the only player to score a Premier League hat-trick on his debut, doing so for Middlesbrough against Liverpool in August 1996. Ole Gunnar Solskjaer remains the only substitute to score four in a game, doing so against Nottingham Forest in 1999. Sadio Mane looks to be heading out of the Premier League this summer but surely no-one will beat his fastest hat-trick record (2m 56s). When Cristiano Ronaldo scored three times against Tottenham at Old Trafford in March 2022 he set a new record gap between Premier League hat-tricks, at 14 years & 59 days, while Wigan against Blackburn in 2007 is the only Premier League game to see a player from each side score a hat-trick: Marcus Bent and Roque Santa Cruz respectively. Emmanuel Adebayor, meanwhile, is the only player to score a hat-trick home and away against the same opponent in the same season, doing so against that Derby County side in 2007-08, and two Premier League games have seen two players score hat-tricks for the same team. Jermaine Pennant and Robert Pires for Arsenal against Southampton in 2003, along with Ayoze Perez and Jamie Vardy for Leicester, also against Southampton, this time in Saints’ infamous 9-0 home defeat in October 2019. Oh and the wait goes on for a defender hat-trick in the Premier League. Everton’s Steve Watson is often cited for his treble against Leeds United in 2003 but sadly he was acting as a midfielder that day.

Hat-tricks. You have to love them. 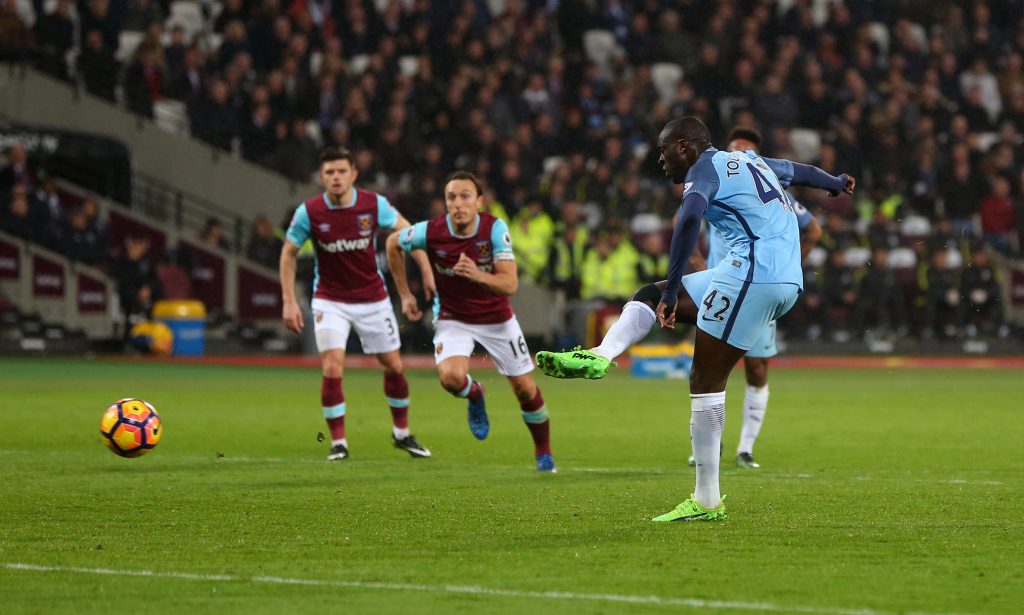 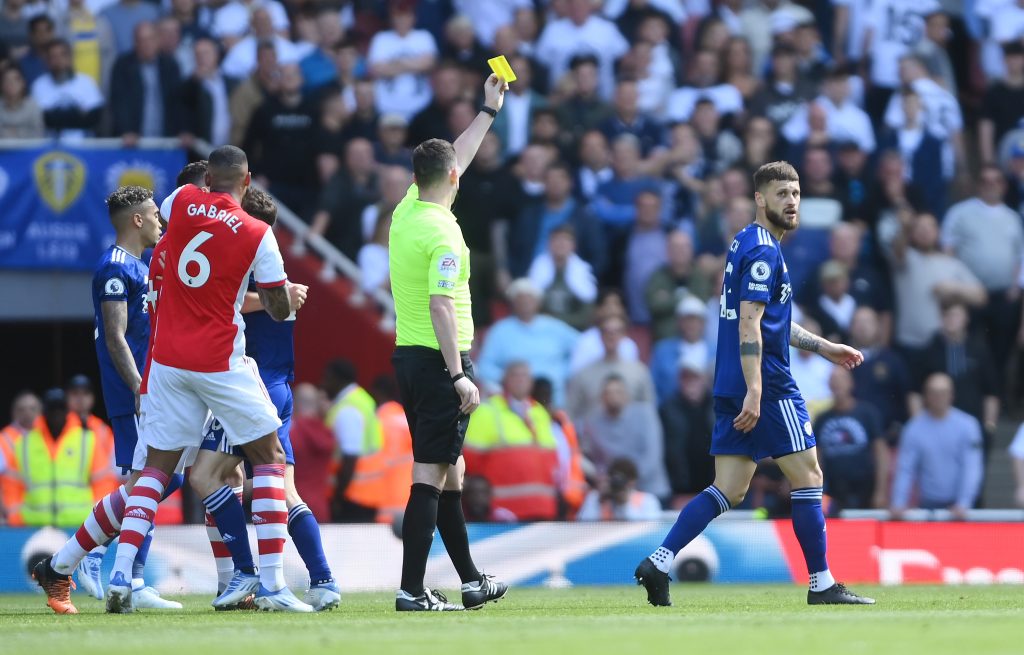 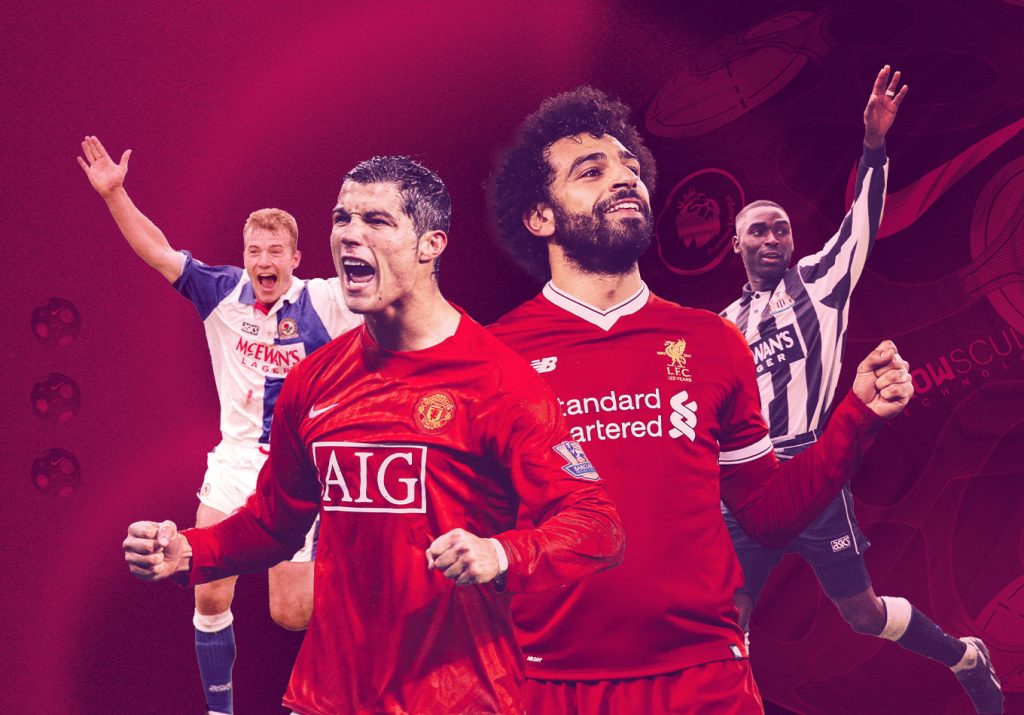