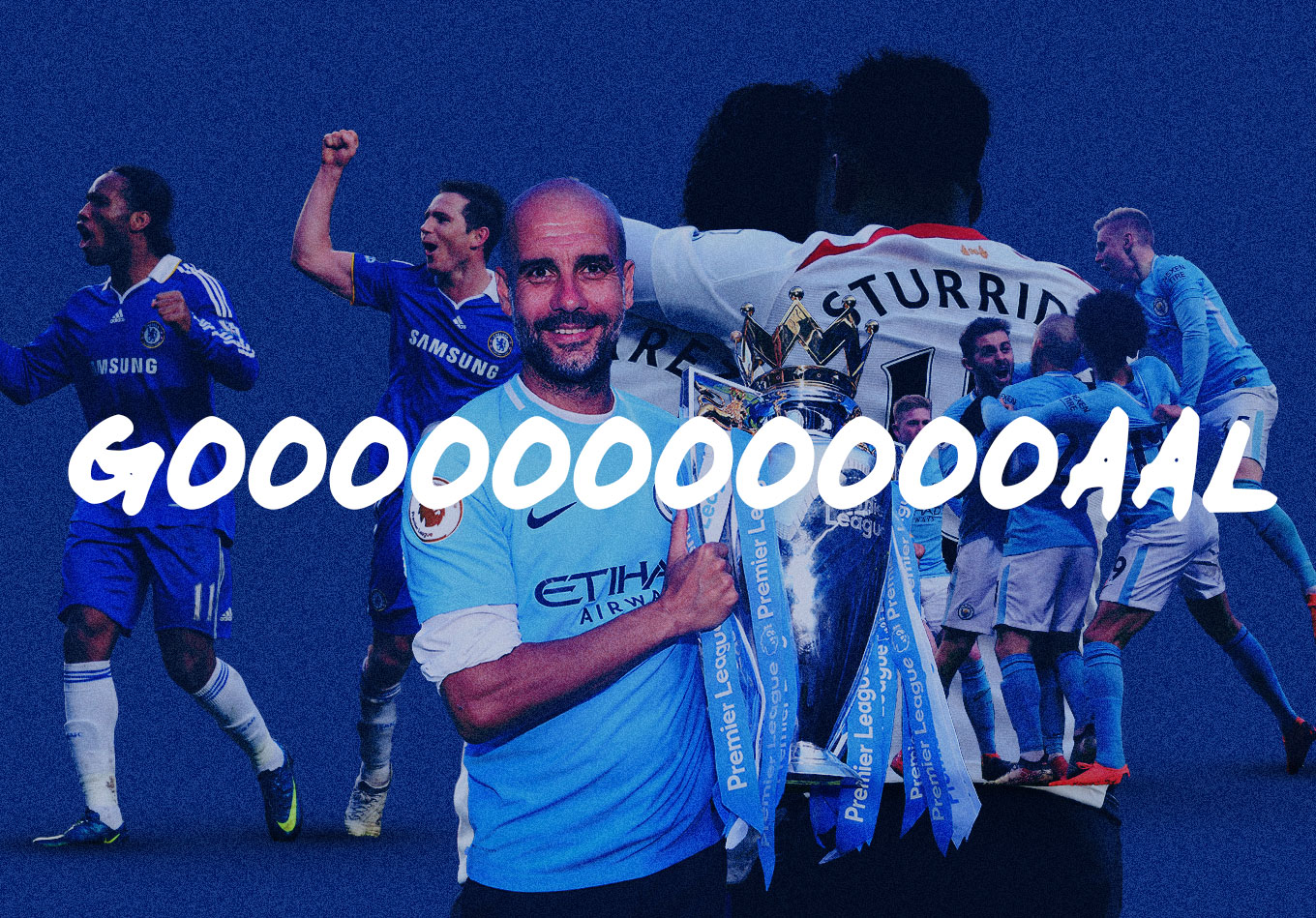 Attacking football and goals are what football fans want to see. Preferably lots of them. These are the teams who took the Premier League by storm with their attacking prowess, scoring more league goals than anyone else. And while their seasons didn’t always end in glory – three of the top 10 goalscoring sides finished runners-up – they were certainly memorable.

We go through the most goals scored by a team in a single Premier League season, starting with…

The award for the highest number of Premier League goals scored in a single season, perhaps unsurprisingly, goes to Manchester City. Pep Guardiola made up for his trophyless first season in charge in spectacular fashion, leading City to become the first team ever to reach 100 points – scoring 106 league goals on route to the title. Pep’s side scored more goals than Burnley, Southampton and Swansea combined.

Conceding just 27 goals in the process, their goal difference of +79 is also the largest ever. They lost just two games all season, had a record 32 wins and went on a 22-match unbeaten run to start the year. And it was another team-centric Pep masterclass – four players scored at least 10 goals and four players had at least 10 assists.

It looked for all the world like City would finish agonisingly short of the 100-point mark until Gabriel Jesus popped up with a 94th-minute winner against Southampton on the final day of the season to tip them over the top.

Records are just made to be broken… by Pep Guardiola.

A historic Chelsea season and it’s not José Mourinho in charge? That’s right, this honour goes to legendary Italian Carlo Ancelotti in his first season as Chelsea manager. His attacking style led to 103 goals, and it was all about the home form – their 68 goals at home are five more than any other team has ever managed. Looking back through the top scorers reminds us of what made this team so dangerous: Didier Drogba (29 goals), Frank Lampard (22), Florent Malouda (12) and Nicolas Anelka (11). In particular, the duo of Drogba and Lampard were involved in 68 of Chelsea’s 103 goals. Chelsea ended the season in some style, wrapping up the championship on the final day of the season by thrashing Wigan 8-0 at Stamford Bridge, breaking through the 100-goal mark in the process.

Despite bringing domestic success, the serial European cup winner Ancelotti could not bring continental success, with the Blues beaten in the Champions League by eventual winners Inter Milan.

A year later, a second-place finish and 69-goal season was not enough to keep Ancelotti in the job – but what a season the first was.

Yes, it’s them again. In a season which became all about Liverpool ending their 30-year wait for a top-flight title, it was Manchester City who finished top scorers with 102 goals. And in modern City fashion, this was a team effort with five players scoring more than 10: Raheem Sterling (20), Sergio Agüero (16), Gabriel Jesus (14), Kevin De Bruyne (13) and Riyad Mahrez (11). In fact, it meant City were the first top-flight side in English football to have five different players score at least 10 league goals in a single season since Everton in 1984–85.

This was also a Kevin De Bruyne vintage season – his 20 assists equalled the record held by Thierry Henry.

Yet, for all their goalscoring excellence, City lost nine games – the highest of any team on this list – and Liverpool ultimately ran away with the title.

Sir Alex Ferguson had just retired at Manchester United and the ‘noisy neighbours’ were now aiming to assert themselves as the dominant Manchester club. And indeed, that’s just what they did – getting the better of the free-scoring Liverpool side mentioned just below to claim their second Premier League title in three years. With Manuel Pellegrini at the helm, this Man City side scored 102 goals.

Their top scorer? Sergio Agüero? Edin Dzeko? No… the marauding midfielder Yaya Touré. 20 goals, including four free kicks and six penalties, along with nine assists is some season. Touré remains just the second midfielder in Premier League history, after England’s Frank Lampard in 2009-10, to hit 20 goals in a single campaign.

It would be harsh not to mention the 17 goals from Agüero and 16 goals from Dzeko that were vital in winning Pelligrini’s single Premier League title – alongside Mohamed Salah, Sadio Mané and Diogo Jota for Liverpool in 2021-22, these remain the only times a team has had three scorers with 15+ goals in a single season.

Luckily Liverpool fans have had the wonders of Jürgen Klopp to soften the hurt of the Premier League 2013-14 season. Yet, many will look back on this Brendan Rodgers ‘just outscore the opponent’ Liverpool side with some fondness. Propelled by strikers Luis Suárez (31 goals) and Daniel Sturridge (21 goals) – who scored an incredible 52 goals between them – Liverpool went on to score 101 times that season. Comparing these totals to expected goals (xG) it becomes even more remarkable. Between them, Suárez – who won the golden boot that year – and Sturridge, outperformed their combined xG by 14.6 goals – both enjoying a season they would never forget.

In the end, it was not meant to be for Liverpool that term. Conceding 50 goals (including four own goals from Martin Skrtel) is not a good look for wannabe champions. No team has ever conceded more than 45 goals and won the title.

Rounding out the Top 10:

So there you have it. Only four teams appear in the top 10 highest scoring seasons, and all of them are from the traditional big six. Arsenal and Tottenham Hotspur don’t crack the top 10, with the best Premier League scoring seasons in 2004-2005 for Arsenal (87) and 2016-2017 for Spurs (86), 29 of which were scored by Harry Kane. Neither side won the league in those campaigns.

The Premier League record for the number of goals scored by a side that suffered relegation? That honour goes to Blackpool in 2010-11 who despite scoring 55 goals finished 19th. The Tangerines scored more than seventh-placed Everton and as many as fifth-placed Spurs.

And how about for a newly-promoted team? Well, in 1993-94 Newcastle United scored 82 goals, a record in the Premier League era. Andy Cole finished as top goal scorer with 34, beating Blackburn’s Alan Shearer by three goals.

Leicester City’s improbable 2015-16 Premier League victory was made even more improbable given they scored just 68 goals en route to the trophy. That’s the joint-lowest figure by the eventual champions in 20-team Premier League history (tied with Manchester United in 2008-09 and Arsenal in 1997-98).