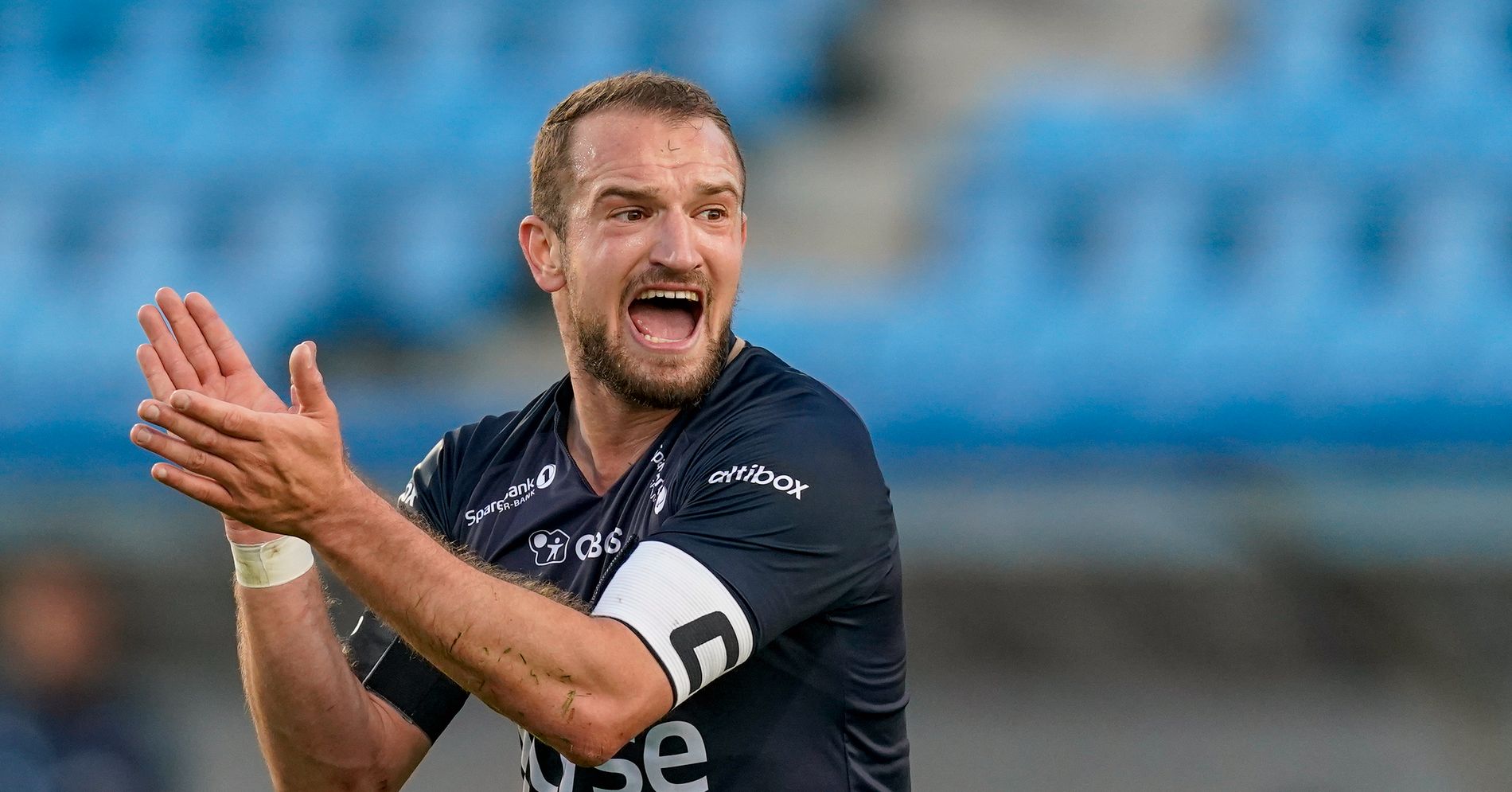 An Eliteserien Education: A Look at Norway’s Finest

With most European competitions now over for the season, the true football lover knows what to do now – prepare themselves for a Scandinavian summer. That’s right, it’s time to look at some of the main storylines dominating the Norwegian Eliteserien.

In recent years, the Norwegian top tier has produced fairy tale stories such as Bodø/Glimt’s deep run in Europe last season, the emergence of a certain Erling Braut Håland and Ole Gunnar Solskjær reviving his career at Molde to get a shot at the Manchester United job. So, what does 2022 have in store for us?

Stavanger, Home of the Viking King

This season could very well be Veton Berisha’s big chance at the top scorer title. The Viking FK forward and younger brother of Valon Berisha scored a very respectable 16 goals in 2020 and 22 goals in 2021 but remains unable to call himself the Eliteserien’s highest goalscorer.

But this campaign, he’s already two goals ahead of Strømsgodset’s Johan Hove, and a look at his attacking numbers show why he’s the favourite to continue that pace. Berisha has taken the most shots (40) and had the most shots on target (22) of all players in the competition. Not only has he attempted ten shots on target more than any other player, he’s even produced as many shots on target as an entire team so far this season (Kristiansund BK).

But it is not just scoring where Berisha excels. This season he has also developed into a creative outlet. Only Sarpsborg 08’s Jonathan Lindseth has created more chances from open play (28) than Berisha’s 21, and that tally is only eight shy of his tally from last season, when Berisha created 29 in 28 games. It is a remarkable improvement for the 28-year-old who is currently on four assists this season, just one fewer than each of 2021 and 2020.

After failing to find his feet abroad at Greuther Fürth and Rapid Wien, Berisha returned to Norway, first at Brann, and then at his former side Viking. With 46 goals and 14 assists in the Eliteserien since his return, it’s evident he’s a lot more comfortable at home. With Viking vying for the top spots this season, can he guide the club to its first title since 1991?

Two of the best youngsters in the Eliteserien are Molde’s midfielders Sivert Mannsverk (20) and Emil Breivik (21). The pair are a good complement to each other and are key to Molde’s midfield success.

Mannsverk possesses a unique blend of qualities; strong in the air, while also a successful dribbler. Of all players to have attempted at least 10 aerials in the current Eliteserien campaign, only Lillestrøm’s Tom Pettersson has won a higher percentage of his duels (92%) than Mannsverk (88% – 21/24) who is just over six-foot tall.

Mannsverk also combines that aerial prowess with good technical skills, particularly dribbling in tight spaces. This season, Mannsverk has the highest dribble success rate among players to have attempted at least 10 dribbles in the Eliteserien (80% – 12/15).

Emil Breivik has also demonstrated a rare combination of qualities. He is excellent defensively, winning the most tackles of all players in this year’s Eliteserien (23), while there are only two players with a better tackle success rate in the league (when they have made at least 15 tackles).

Breivik is also good offensively. Only two players have delivered more assists than the 21-year-old (4), who provided five assists in total across 20 league appearances in 2021.

No Country for Old Men

A typical trend of thought in football is that, of all positions on the pitch, goalkeeper is the one that needs the most experience. Not in the Norwegian league. Based on Opta’s expected goals on target (xGOT) model, the three youngest goalkeepers with more than three games in the Eliteserien are also the keepers who have prevented the most goals so far.

The goalkeeper currently the highest in this ranking is Leopold Wahlstedt. Odd’s start of the season has not been great, but it could have been a lot worse without the 22-year-old Swede. Given the quality of the shots on target Wahlstedt has faced this season, we would have expected him to concede 17 goals. Instead, Wahlstedt has conceded just 15 so we can credit his contribution as preventing two goals, the highest in the league.

Another young goalkeeper who impressed in the Eliteserien is Patrik Gunnarsson. The Icelandic keeper made the headlines last year after getting in a fight with a team-mate who got sent off as a result, as well as being accused of making his goal smaller by moving the goalposts. But antics aside, he has also proven to be a fine goalkeeping prospect. Since his debut in September last year, Gunnarsson has conceded 18 goals in 18 games and prevented four goals, the most of all goalkeepers currently in the Eliteserien.

The Wizard of Os

Time for a look at Osame Sahraoui, who has lit up the league for Oslo-based strugglers Vålerenga. He’s recorded a league-high 3.7 expected assists (xA) and tallied the second-highest number of successful dribbles (20). In the country, he’s widely seen as someone that will make the step up soon. But despite the lofty praise, Sahraoui is yet to score a goal in the Eliteserien 2022 and his side Vålerenga currently sit in 10th.

So what exactly is it that makes him so special?

The right-footed Sahraoui started the Eliteserien campaign as a left-winger. Thanks to his creative qualities – dribbling and open-play chance creation – he finds himself more and more often in a central role in offensive midfield.

Sahraoui has enchanted the Eliteserien for two years now, making his debut in the competition at the age of just 19 in June 2020. In his 65 Eliteserien games, Sahraoui scored six goals and assisted 13 more.

Sahraoui excels with the ball at his feet. This year, 21 of his ball carries have led to a shot or chance created for Vålerenga players, another league high next to his 3.7 xA tally.

His exceptional abilities in one-vs-one duels with the ball at his feet have led to three assists in 2022, and there is undoubtedly more to follow.

Sahraoui’s main area of improvement is his finishing. With 27 shots and not a single goal so far, he holds the unwanted record of attempting the most shots without finding the net in the Eliteserien 2022. By improving this part of his game, The Wizard of Os will be one step closer to a move to one Europe’s top leagues.

With most of the title challengers having played a third of their games this season, Lillestrøm SK surprisingly lead the way with 24 points from their first 10 matches. Geir Bakke’s men surpassed expectations last season by finishing fourth as a promoted team and they are yet to taste defeat this calendar year. But do their performances so far reflect their true underlying numbers? And can we expect an upset in a league that has been dominated by Rosenborg, Molde and Bodø/Glimt in recent seasons?

Based on the underlying performances so far, it looks unlikely. Lillestrøm are the joint-top goalscorers in the league with 21 goals (together with Viking FK) but have recorded almost half the expected goals that the Stavanger team have actually racked up (24 xG for Viking vs. 11.2 xG for Lillestrøm). In fact, eight teams have a higher xG than the league leaders. In other words, their attack is running ridiculously hot, and at a rate that is likely unsustainable.

At the defensive end, a similar story can be told. The young goalkeeper Mads Christiansen has been, as mentioned above, a highlight for the team. With seven goals conceded, Lillestrøm have conceded by far the fewest goals. But again, the underlying numbers tell a different story. Yes, they have played one fewer game than Lillestrøm, but three teams have a better expected goals against tally.

Taking the performances so far into account and looking at our expected points model – a simulation that runs the remainder of the season 10,000 times using underlying performance metrics – Lillestrøm are likely to slow down and slump to fourth, trailing Viking FK, Bodø/Glimt and Molde.

What does the rest of the Eliteserien season have in store? The Stats Perform predictive model, factoring in both historical and event data, reckons that Molde are the most likely winners, with Veton Berisha’s Viking FK as the main competitors. The reigning champions Bodø/Glimt are still very much in it too, despite a disappointing start to their campaign. But do not count out Lillestrøm, who at a 7.5% chance of finishing top still have a shot at defying the odds.