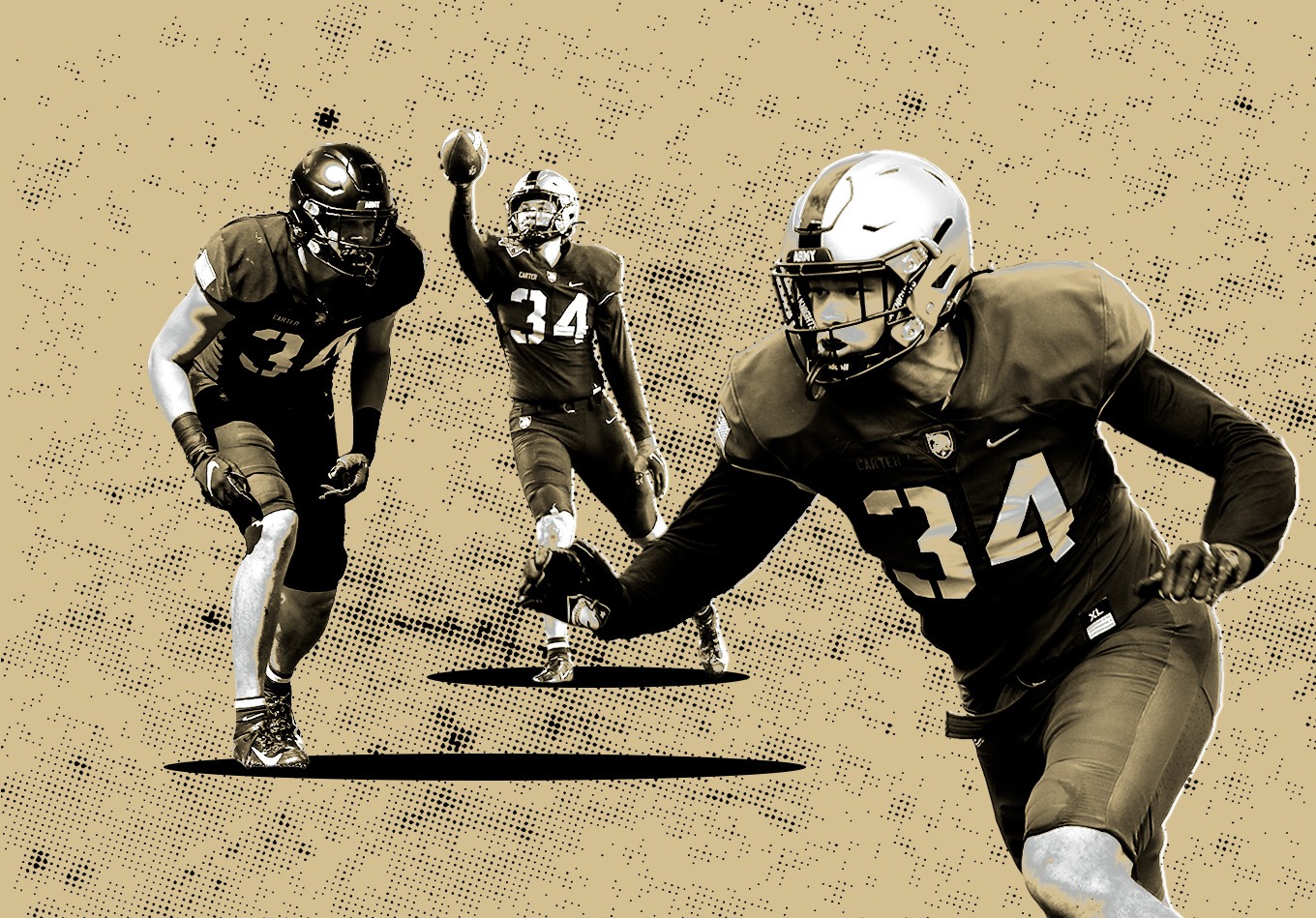 The game has changed for players from the military academies who have an NFL dream within their reach.

In 2019, a new policy was enacted that allowed this exclusive set of players who have a desire to play professional football to defer their service requirements.

Finding players to actually take advantage of this opportunity will continue to be a hard ask, however.

The number of players in the NFL from military academies is extremely low, as there are less than 10 in the entire league. And the most notable player coming from one of the three schools in Army, Navy and Air Force, Alejandro Villanueva, hung up his cleats this offseason.

All in all, to find the highest NFL Draft selection from a service academy in the Super Bowl era, one would have to go all the way back to 1998 when Mike Wahle was chosen by the Green Bay Packers with the first pick in the second round. Yet this year, Army has a player who looks to be on the fast track to becoming its highest-drafted player since 1946.

Turning our gaze to the defensive front in West Point, pass rusher Andre Carter II has the tools and talent that will have many teams looking to call his name before the top 75 comes to a close.

Initially recruited as a tight end coming out of high school, Carter received next to no interest as he was not given a single star during the recruiting cycle. Army was one of just five schools to offer Carter, with Fordham, Lafayette, Howard and Cornell following behind.

A unique player with a unique pathway, now he’s an AP All-American with a chance to make history.

What Does He Bring?

Listed at 6-foot-7 and 260 pounds, the extraordinary length of Carter is eye-popping when taking a deeper look at the Nate Woody-led Army defense. It would not be a shocking discovery for Carter to go to the NFL Combine and measure in with over 34-inch arms.

And he knows how to use this blessing.

Carter possesses a great deal of explosiveness, twitch and flexibility in his lower half as well.

With a knack for timing up snap counts and firing off the football, Carter’s first step allows him to blow past blockers.

He becomes a problem in the run game as well, as he has the ability to reach the opposite shoulder and cross face of the man assigned to him before they have time to get hands on him.

This allows for Carter to penetrate and sit in a gap that’s meant to be kept clean and open for ball carriers to scamper through.

Carter’s agility is quite impressive for his length. Most people with his height tend to be high-hipped and struggle to sink and change directions.

However, Carter has not only put a good deal of bend off the edge on display, but his ability to get his foot in the ground and change directions without wasted movement is most impressive.

Carter’s lower half is his second-biggest asset after his length, as he can use that length to force offensive tackles to overcompensate for his speed and overset.

He also has the ability to track down ball carriers in backside pursuit and makes life extremely difficult for blockers when aligned out wide.

But Carter’s performance against Power 5 opponents still impressed as he racked up a 29.7% win rate in those contests, which over a full season would have been better than everyone but Hutchinson at the Power 5 level last season.

He also totaled 15 adjusted sacks, which are measured as any play that results in a sack and the player contributed a pressure on the play. So it credits a player that forced a quarterback to scramble but someone else picks up the sack.

A pretty big element of playing at the end of a defensive line is the ability to anchor in and set an edge against the run. This is currently not a strong point in Carter’s game, as his power profile is not quite up to par.

In 2021, Carter put together just a run disruption rate of 4.5% on the year and just over 1.0% against Power 5 competition. For reference, the previously mentioned Anderson had a 19.3 run disruption rate and Aidan Hutchinson of Michigan had a 17.9 last season.

The length is there. The speed is there. But his slender build allows for him to get stood up when blockers get into his chest. Finding some consistency with his currently volatile-at-best pad level will go a tremendous way towards allowing him to better hold his own on evident run downs. Length means very little if the pad level compromises a bountiful amount of leverage points.

The good news, however: Carter has plenty of room to add mass to his frame and improve that power element of his game.

There’s a lot to work with in terms of building a pass rush plan with Carter. In fact, he’s quite good at constructing a plan before the snap and exploiting the weaknesses of the blocker across from him after it.

However, if that initial pre-snap plan is sniffed out, Carter has apparent room for growth in his ability to hit opposing blockers with a counter. Going back to his play-strength profile, Carter really struggles to disengage blockers from his chest and replace their hands off of his breastplate.

The good news: Carter will continue to work with a top-notch defensive mind in Woody, and has all of the ability in the world to refine his plans of attack off the edge.

Sure, we can point to the level of competition as the reason for his success. However, the film clips shown here were very intentionally pulled from games against Power 5 competition.

Carter took it to the Wisconsin offensive linemen for 60 straight minutes. He dominated an SEC foe in Missouri. He found a way to make an impact against a Wake Forest offense that is designed to neutralize pressure off the edge.

Explosive, twitchy, flexible and long, Carter has the tools that NFL teams drool over. With improvement to his power profile and a bit more mass on his frame, Carter should be able to take his game to another level. But even with his current skill set, there is an immediate role for Carter at the NFL level (even if it is as a situational pass rusher early on in his career).

Keenan Reynolds and Malcolm Perry are fun gadget players coming out of Navy in recent years, long snapper Joe Cardona of the New England Patriots has been the highest-drafted academy player over the past two decades (fifth round), and Villanueva has certainly had the best career of a service academy player since 2000.

However, Carter is on a different level than all of them. He has the chance to make history as he continues to blaze his path towards the NFL from West Point. While he has the makings of a Day 2 pick, the first round is not out of the question if he continues to improve his game.

On the fast track to be the highest-drafted academy player since at least 1998, the Carter hype is real.