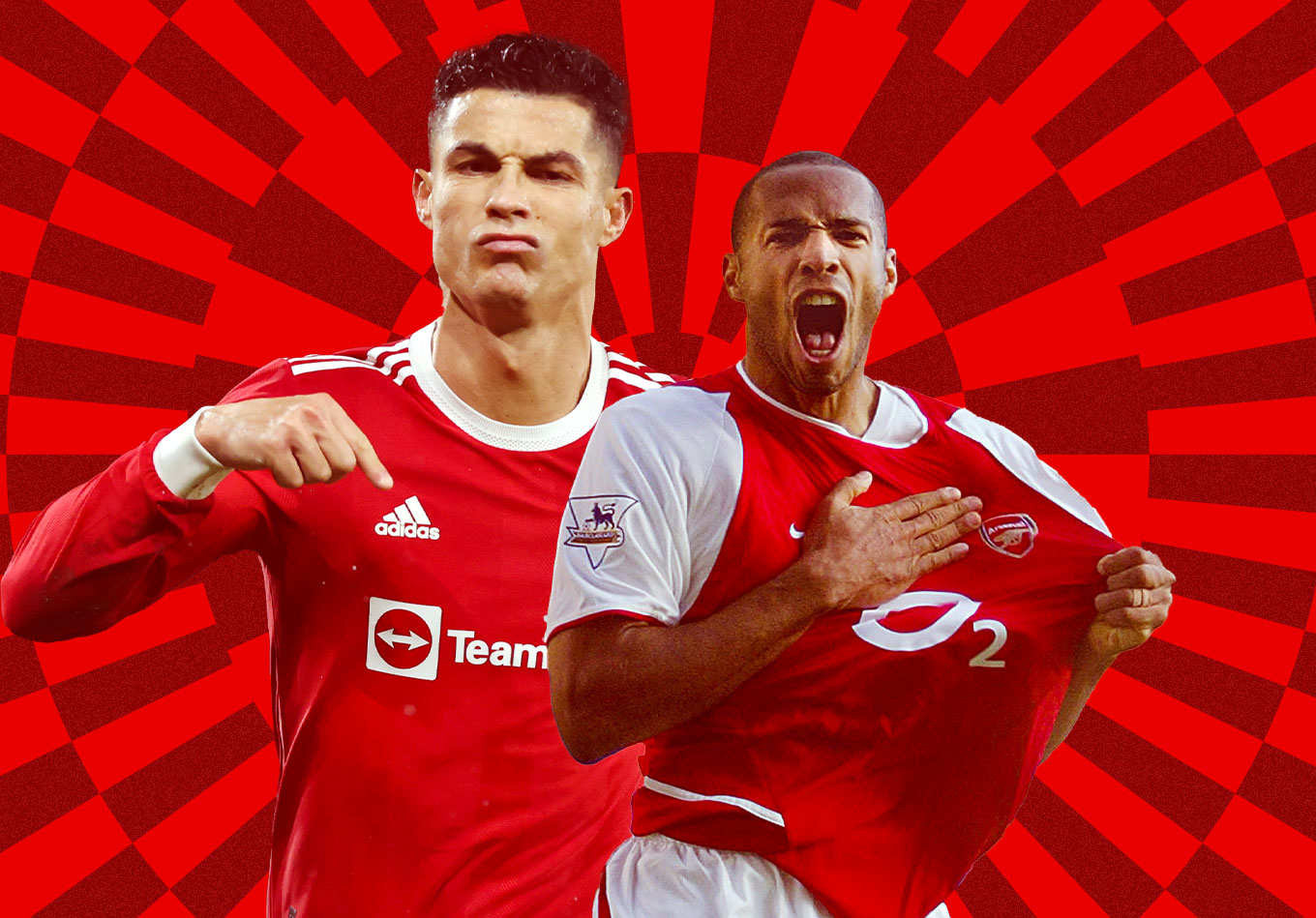 Cristiano Ronaldo heads into Manchester United’s last two Premier League games of the season with an outside chance of winning the Premier League Golden Boot for the first time since he scored 31 times in 2007-08. Currently Ronaldo is on 18 goals, four behind Mohamed Salah and one behind Heung-min Son. Anyone with any rudimentary knowledge of Ronaldo’s prowess – he is a man with more than 800 professional goals in his career after all – will probably be theorising that he has a decent chance of catching Salah and Son, but that ignores one key fact.

Manchester United’s last two games are away from home, and away goals are not really Ronaldo’s thing in the Premier League. Not now, and not before, really.

It is a rare player indeed who is consistently more effective away from home than on their own patch – home teams do score more than away teams after all. In Premier League history, home teams have scored 1.52 goals per game and away teams only 1.14. There are seasonal variations of course, and none more so than last season, the first English campaign to see more away wins than home wins. Home goals per game fell to a Premier League low of 1.35 per game while away goals hit a record high of 1.34. So, even then, in the height of a pandemic, with games conducted largely behind closed doors and with assistant managers shouting instructions really loudly, it was fractionally more likely that you’d score at home than away.

Ronaldo returned to English football at the end of August 2021 with crowds fully back, and with Old Trafford looking much as it had when he left. Two goals in his first game against Newcastle was a rapturous start but as it became clearer during the autumn that 2021-22 was not going to see United challenge for the league title, thoughts turned to some of the personal targets Ronaldo could chase.

Could he catch and overtake Kevin Nolan (2) for Premier League hat-tricks? Yes, Ronaldo scored the second Premier League treble of his career against Tottenham in March and then his third against Norwich City in April.

Could he reach 100 Premier League goals? Yes, he did so with a goal against Arsenal the week after his Norwich hat-trick. The landmark 100th came at the Emirates but with subsequent home goals against Chelsea and Brentford, Ronaldo has now taken over from former Arsenal icon Thierry Henry as the 100-club player with the highest proportion of home goals – almost 70% of them coming at Old Trafford.

Henry played home games at two stadiums of course. He featured in the very early years of the Emirates era but his true home was Highbury: “I would love this place to be my garden,” he once said. It was a venue where he scored 114 goals, more than any other player has at any single ground in the competition’s history, and if you cast your mind’s eye to some key Thierry Henry moments, the chances are they’ll be taking place at Highbury, from the solo goal against Tottenham to the hat-trick against Liverpool to the hat-trick against Leeds. All eight of Henry’s hat-tricks came at Highbury, almost like he was spiritually unwilling to record one at a different, lesser, location.

So that’s why Henry was at the top of this chart for a long time, and that’s why it’s significant that Ronaldo has overtaken him. It doesn’t lessen their goalscoring records but it does make you notice the players at the other end of the ratio. Of players with 100+ Premier League goals, only two of them have scored more of them away from home than they have at home. Ryan Giggs is easily explained, a wide player with incredible longevity, his goal total was a result of the span of his career, and he remains the highest scoring Premier League player not to score a hat-trick in it. More impressive is Harry Kane, who has scored only 84 of his 179 goals at home, and even some of those “home” goals came at Wembley, very much a temporary base for Tottenham.

Kane has twice scored 15 away goals in a single Premier League season, missing out on matching Kevin Phillips’ record of 16 on the road from 1999-2000. That Kane total of 30 away goals across 2015-16 and 2017-18 is only one shy of Ronaldo’s away goal total in seven Premier League campaigns. 2021-22 has been an up and down season for Kane, and he is almost certain to finish with fewer goals than Ronaldo, but he has once again scored more away from home (eight versus five), and 2016-17 remains the last season the England captain scored more at home than he did on the road.

Finally, if we expand this investigation to look at players to have scored more than 50 Premier League goals, rather than 100, then a significant name, Kevin De Bruyne, goes above Ronaldo in the list. The Belgian has scored 72% (38 of 53) of his English league goals in home games, regularly running the show at the Etihad but sometimes failing to do so when Manchester City are playing away from home. Put it this way: this season De Bruyne and Ronaldo have 25 home goals between them, more than any player has scored in total, but away from home they have six, fewer than Jack Harrison. It begs the question: is it better to rack up goals wherever you play or to dominate your home turf in front of your adoring fans?

The answer? Doesn’t matter. Just give us more goals.