The Most Decisive Goals in Premier League History | The Analyst 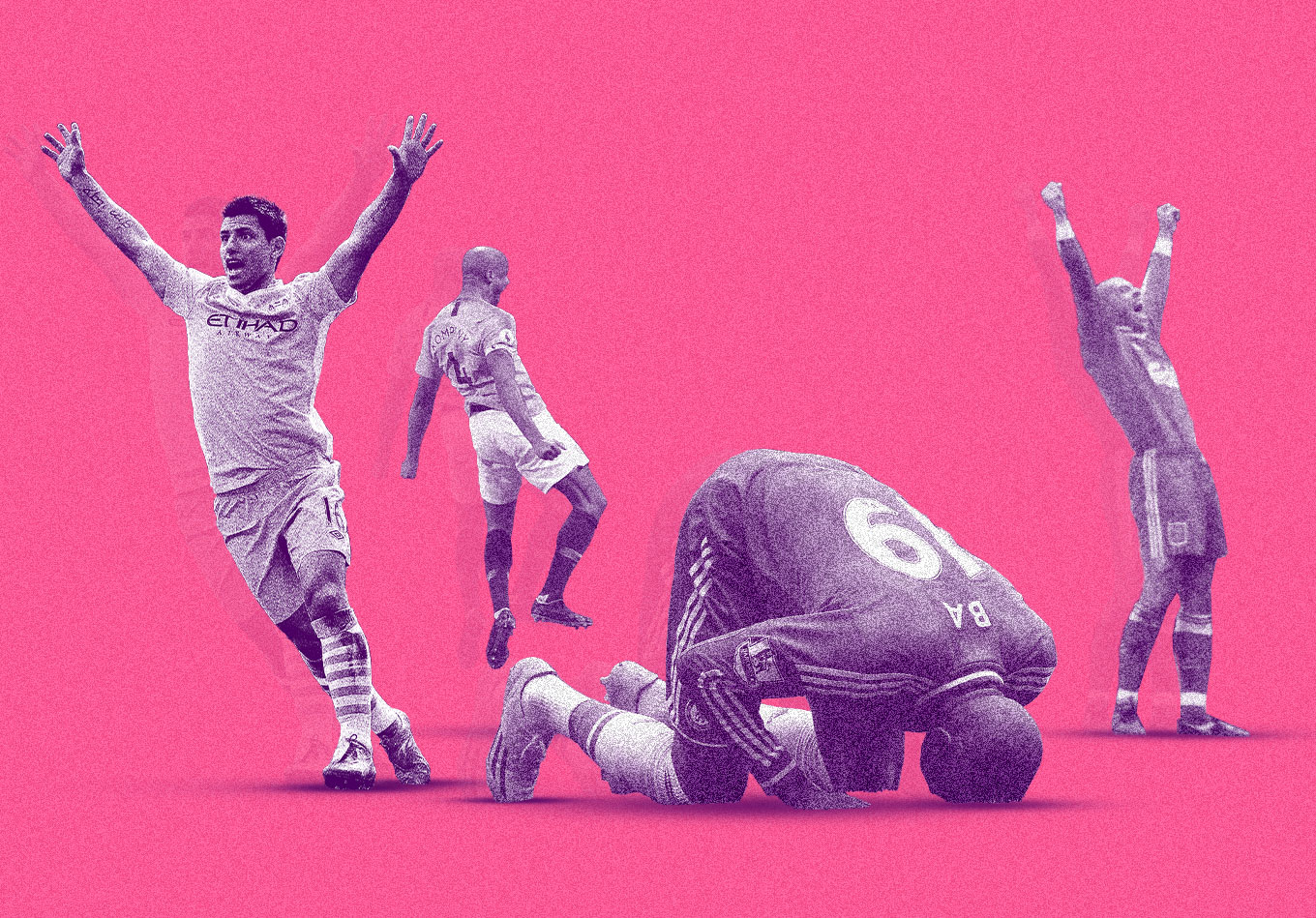 The Most Decisive Goals in Premier League History

You remember: 93:20. Balotelli’s assist. The Goal That Changed Everything. The Match That Had Everything. Joe Hart on throw-in duties. Joey Barton’s long walk off. A surprisingly iconic QPR away kit. I think Edin Dzeko did something or other. Drink it in. I swear you’ll never see anything like this again.

Sometimes goals are so iconic that they don’t need a date or a time. Just a single name. Michael Thomas, Jimmy Glass. Aguero.

But while that fifth goal in the Manchester City 3-2 QPR game in 2012 is unarguably the most decisive goal in Premier League history, it’s not the only important one. Here, then, are some from the competition’s current total of 30,913 goals that stand out just that little bit more from the rest.

The goal that cemented the often-misunderstood concept of Fergie-Time™️ while inching Manchester United closer to their first league title since the 1960s. Bruce had scored minutes earlier to level the game so those goals should really be seen as a fully-fledged double salvo. The United defender, always a goal threat, scored more Premier League goals in this campaign than Andrei Kanchelskis and Steve McManaman but it was this second effort against Sheffield Wednesday on Easter Saturday that finally made a nation believe that Manchester United could become champions of England again. Everything is cyclical. The new Steve Bruce is out there, somewhere, waiting to bring glory back to Old Trafford.

Imagine Everton being in a relegation battle. Sounds strange, right? Well it happened on a few occasions in the 1990s and no more desperately than in 1993-94, when at 2-0 down at home to Wimbledon in the final game of the season, Mike Walker’s Everton were staring the second tier right in the face. A lot of contemporary assumptions about football date from the early 1990s and perhaps this was the moment that the false narrative “2-0 is a dangerous lead” solidified in a nation’s mind. Because Everton, against all odds, came back and won the game with the unusual combination of a penalty and two goals from outside the box. They all count. Everton remained a Premier League club for at least the next 28 years.

They won’t tell you that Tino Asprilla assisted two more goals than any other Premier League player from the point he was signed by Newcastle midway through the 1995-96 season but they will remind you that Kevin Keegan’s team lost 4-3 to Liverpool at Anfield in April. Choose your own narrative. The brief heyday of the Fowler/Collymore partnership at Liverpool, this game saw both men score twice. Collymore’s endlessly looped late winner was one of 22 left-footed goals he scored in the Premier League, only 13 fewer than with his ostensibly stronger right foot. Newcastle had plenty of chances to recover from this defeat and still secure the title, but the sheer drama of Collymore’s intervention broke them. Or did it.

Why score title-shaping goals at Old Trafford on one occasion when you can do it twice in the space of four years? In 1998 Marc Overmars raced through to give Arsenal a 1-0 win against United that shifted the title race back in the favour of a team managed by someone who had only recently returned to Europe from Japan. That man Arsene Wenger’s team would go on to confound Alex Ferguson and do the double. Meanwhile in 2002 a 1-0 win via Sylvain Wiltord guaranteed the league title just weeks before Arsene Wenger’s team went on to do the double once more. Halcyon yet simple pasta-consuming days.

Liverpool’s long wait for a league title looked like it was possibly coming to an end in 2009. First they won 4-1 at Old Trafford in mid-March. Then Manchester United lost their next game, 2-0 at Fulham. That still left the title in Alex Ferguson’s team’s hands as they played Aston Villa, two points behind Liverpool that morning but with two games in hand. Even so, when they trailed 2-1 to a Villa team featuring James Milner with 10 minutes to go, the momentum was absolutely with Liverpool. But first Cristiano Ronaldo equalised and then in injury time a 17 year old making his debut, Federico Macheda, turned audaciously in the penalty area before bending home a goal that gave United the win. Would they have won the title had they lost this game? Maybe. Was scoring in this game and then registering another late winner in United’s next game against Sunderland the height of Macheda’s career? Possibly. Is the drama of a late winner in the title race an eternal pleasure? Absolutely.

Here it is then, Mario Balotelli’s only Premier League assist. Less remembered is the lunge by QPR’s Taye Taiwo, which connects with Sergio Aguero’s right ankle moments before he shoots, and with such force that the Argentine yells out in pain as he prepares to shoot. Taiwo later claimed to ESPN that “I have watched the full game many times, maybe more than a hundred times” a full-game rewatch figure which seems unrealistically high.

If the Inexplicable Brief Flowering Of Macheda in 2009 had convinced some Liverpool fans that they were destined never to be champions of England again, then the way 2013-14 concluded brought in many more converts. From Steven Gerrard’s slip against Mohamed Salah’s Chelsea, to Crystanbul a few days later, it was the most scripted non-scripted sporting denouement the league had ever seen.

Had Jamie Vardy merely gone on a record breaking run of scoring in 11 consecutive appearances then this goal would probably still merit inclusion here. But the fact that it was prologue to Leicester winning the Premier League in the same season elevates it to a higher plane. Yes the title was sealed by the failure of Tottenham to stay in touch, but Vardy’s relentless autumn was the canvas on to which the glory of spring 2016 was painted.

The facts are these: Vincent Kompany played in 265 Premier League games. He had 143 shots. Of those shots, 37 were from outside the box. One of those efforts from distance went in, and it gave Manchester City the league title in their almost flawless race with Liverpool. Pep Guardiola’s team won their last 14 Premier League games. Liverpool lost one league game all season (at the Etihad, unfortunately) and ended up with 98 points. City ended with one point more, largely thanks to Vincent Kompany ignoring all precedent and advice and casually scoring an absolute screamer.

It’s hard to argue that the most decisive goal of all is one scored after the referee has blown his final whistle. Why not throw that scenario into a world where the referee is awarding penalty via a TV screen positioned on the touchline in a stadium containing no fans because football is tentatively taking place amid a global pandemic? You Are The Ref wouldn’t have even dared go there. But 2020-21 did, and here’s the evidence.