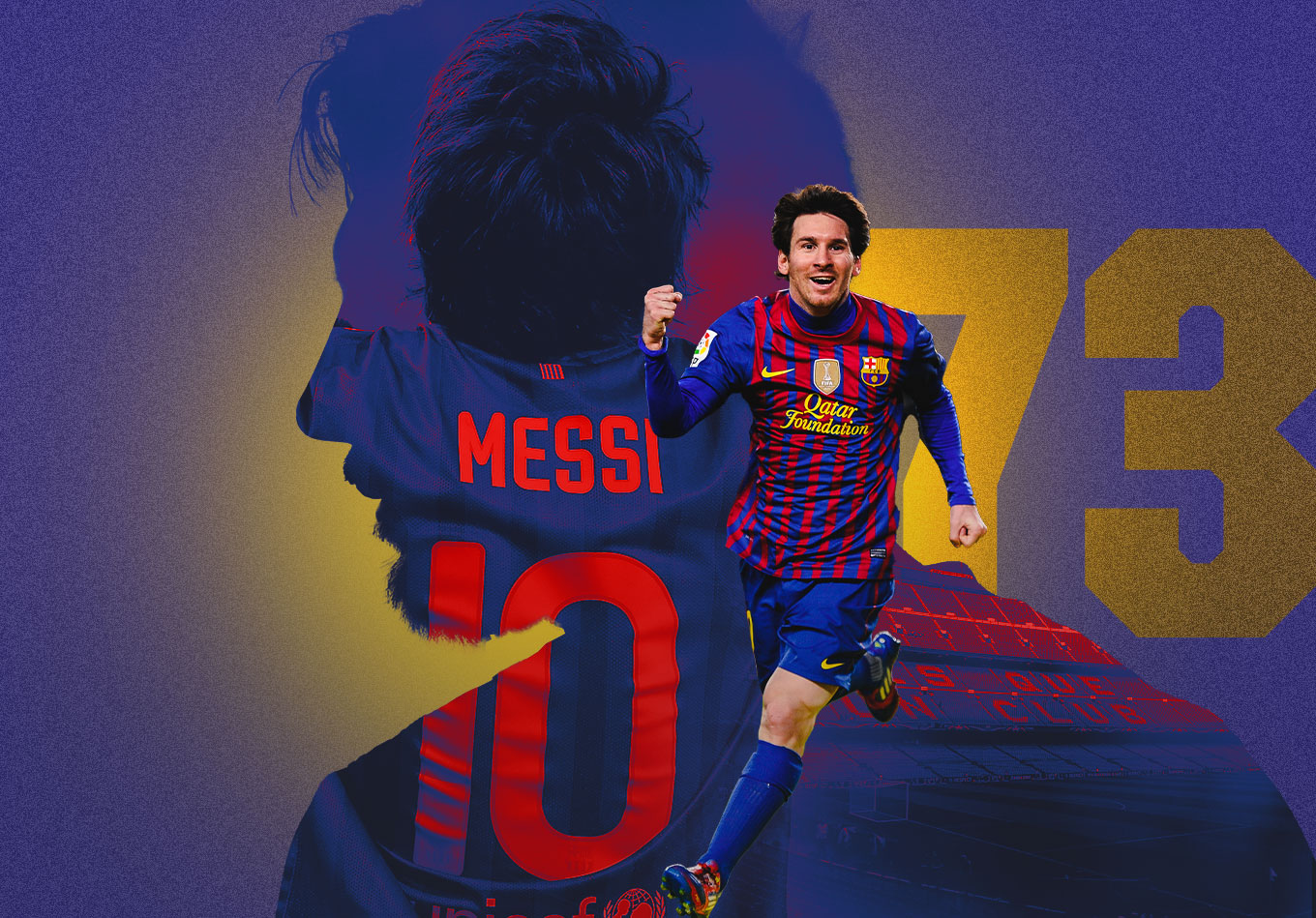 Looking back strictly at the totals, reaching that 70-goal milestone appears to have come with something of a cushion. The reality is Messi entered Barcelona’s second-to-last La Liga match – their third-to-last match of the season – against city neighbours Espanyol on 68 goals. The doubt was gone when he completed his brace in the 64th minute, but it wasn’t completed at all because he added two more in the next 15 minutes. And those four league goals made him the first La Liga player to reach the 50-goal mark in a single season. In retrospect it’s good he did, because Cristiano Ronaldo scored 48 La Liga goals three seasons later.

That proficiency, yet there was no Vardy-like streak. Messi’s longest scoring streak that season was eight games, in which he scored 18 goals from 14 February to 24 March. He scored 10 of those goals in a three-match span against Valencia, Atlético Madrid and Bayer Leverkusen. The most memorable of the bunch was perhaps the free kick vs. Atlético on 24 February, his 43rd of the season, a left-footed outswinger from the left that curled into the top-right corner. It’s hard to say Thibaut Courtois was frozen because his head turned to follow it in as he uncertainly stepped left without even attempting to save it. The bend was such that if it didn’t find the goal, the ball may have landed and wound up near the right corner flag.

Perhaps it’s easy to overlook that Messi had 29 assists of his own. No, 29 is not 73, but it’s tied for the highest single-season assist total in all competitions among players in the top five European leagues in our existing assists data. Comprehensive assists data is limited across all competitions, but from what we have, only Juan Mata, who took 64 games to reach the mark in 2012-13 at Chelsea, has equalled that.

It of course didn’t end there. Messi went on to score a record 91 goals in the calendar year 2012. But that’s a story for later this year.