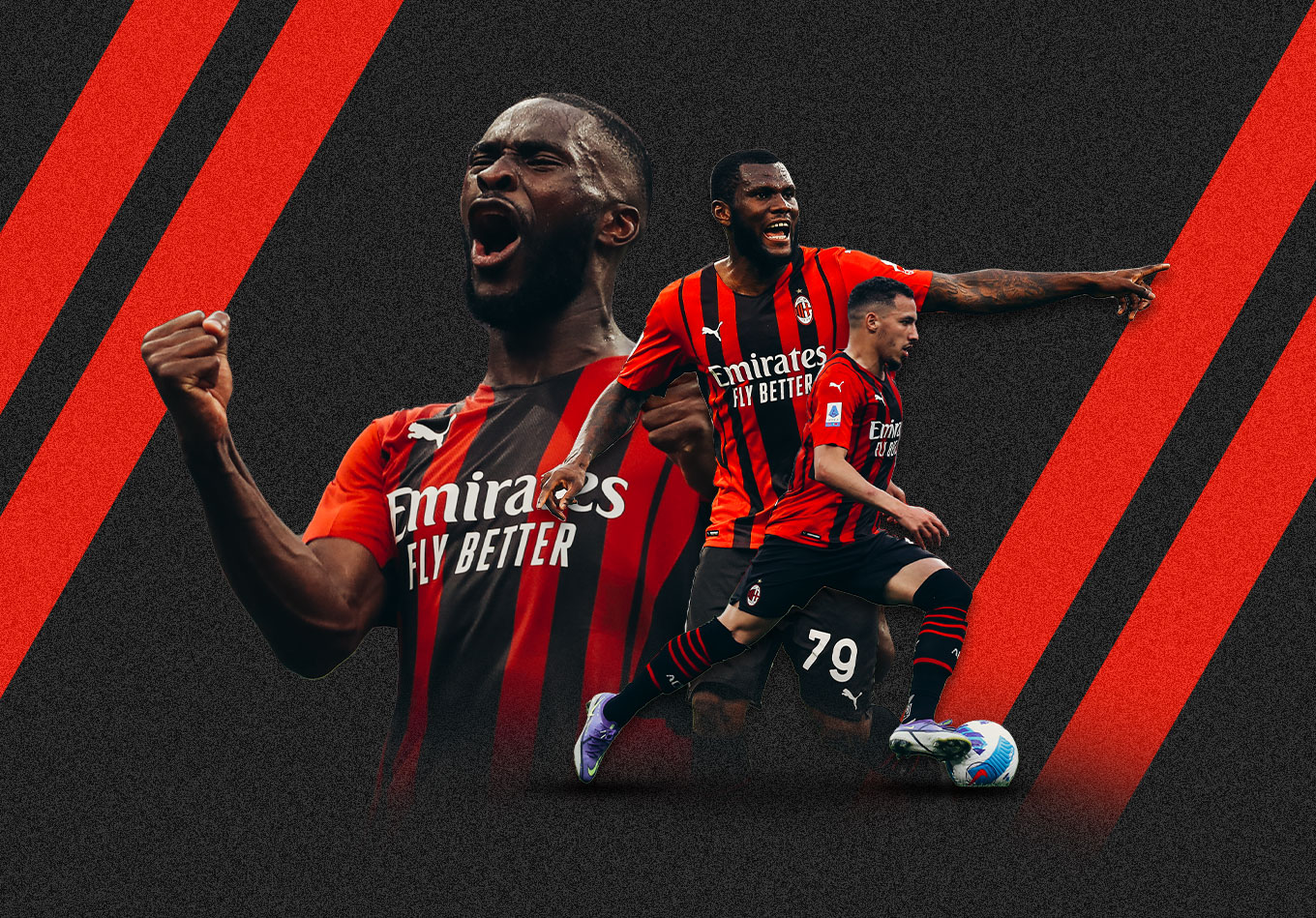 How Modern Milan Won Serie A Without a True Goalscorer

For a club like Milan, 11 years make for a long wait.

Let alone the enormous hierarchical changes that have taken place at Casa Milan over that period, with turbulent changes of ownership and coaches that have impacted various transformations in approach both on and off the pitch, those 11 years in European football have witnessed a seismic tactical shift.

The Rossoneri’s last Serie A title in 2010-11 sits as a stark contrast to this year’s title charge. The 2010-11 Scudetto was like a perfect storm – upon Massimiliano Allegri’s hiring as coach, Alexandre Pato was coming into his own before injuries started to take their toll, while Zlatan Ibrahimovic and Thiago Silva were solidifying their respective statuses as world-class footballers in their positions, amid the career tail-ends of Clarence Seedorf and Alessandro Nesta.

That Milan team was inherently reflective of its time, leaning on the likes of Ibrahimovic, Pato and Robinho to provide goals, moments and the eventual title. Despite Ibrahimovic’s added contribution of 12 assists that season, their equal share of 14 league goals each was fitting. But coming into the final game of the season this weekend, Rafael Leao and Giroud were the only Milan players to have scored over 10 goals.

Reflecting the totality of role that midfields at the top of European football must now characterise, Milan have effectively challenged for the Scudetto this season – and last season – without a front third it can lean on. Less diplomatically, Milan’s front third has been a collection of misfit toys jumbled together as the purse strings have tightened.

Despite falling away after Christmas, it is what made last season’s run so distinct, for it was ultimately volatile in the second half of the season and served as a precursor to this term. Following Ismael Bennacer and Ibrahimovic’s injuries against Napoli in November 2020, Milan were performing the proverbial smash and grab on a weekly basis, on the back of Franck Kessie’s penalty exploits and Theo Hernandez doing Theo Hernandez things at left-back. Their 3-2 win over Lazio coming into that Christmas was a particularly distinct example.

How has this Milan team achieved this Serie A title with a largely dysfunctional frontline in possession? How do the Rossoneri build something sustainable from it, given the Scudetto for this project has arguably come ahead of schedule, despite losing Gianluigi Donnarumma and Hakan Çalhanoğlu, along with successive injury spells for Ibrahimovic and Simon Kjaer?

In contrast to last season, Milan have come home strongly, going undefeated since their loss in mid-January to Spezia. Following the African Cup of Nations as well as a debilitative run of injuries and Covid-19, Bennacer has finally been able to put together a consistent run of games since February. With the arguable exception of Marcelo Brozovic, the 24-year-old has re-established himself as the best midfielder in Serie A.

Along with the ever-improving Sandro Tonali, the diminutive Algerian gives Milan oxygen while taking it away from the opposition, in both attacking and defensive senses. The latter is a critical aspect for under Stefano Pioli, Milan press high up the pitch more than any team in Serie A. As a side, they completed more high turnovers than any other in Serie A this campaign, as well as converting more of these into shots.

On a player level, among those to play over 500 minutes, Bennacer led the team for combined tackles and interceptions (4.08) per 90.

Something that’s particularly important is how he can compress the pitch and close off the middle for the opposition through where he wins the ball, not simply how much of it he wins. Bennacer has an innate ability to step onto the opposition’s initial pass into Milan’s defensive half and come out with the ball, allowing the Rossoneri to spring into transition or maintain territorial superiority.

His spatial awareness also transfers to the offensive side of the game, as an extension of the simple fact he shows for the ball to feet in areas his team-mates in midfield do not.

It unlocks his technical aptitude and sense of balance on the ball, with the ability to wriggle out of tight spots and get the team up the pitch. As a result, Bennacer (2.1) dwarfs Tonali (1.0) and Kessie (1.3) for successful dribbles per 90, while seeing more of the ball over the course of a game and in more damaging areas, with 83.4 touches per 90 in comparison to Tonali’s 64.7 and Kessie’s 66.1.

Meanwhile, Kessie, despite playing a more advanced role in midfield for periods this season has not translated this to a correspondent gap in chances created from open play. Kessie leads the three, but only slightly, with 1.1 per 90 this term, in comparison to Tonali’s 0.9 and Bennacer’s 1.0. Kessie’s forthcoming departure for Barcelona might actually unlock Milan’s best tandem in Pioli’s 4-2-3-1.

With Bennacer, Milan can play through their midfield and not have to rely on the attacking force of nature at left-back that is Hernandez. His open play xG per 90 of 0.11 and 1.1 chances created from open play per 90 is impressive from left-back — especially in comparison to Alessandro Florenzi and Pierre Kalulu’s respective 0.6 and 0.3 in the latter category.

Ultimately, amid Ibrahimovic running on fumes at 40, the members of Milan’s attack have largely singular skill sets and as a sum of their parts, are still largely inflexible.

Players like Leao, Alexis Saelemaekers, Olivier Giroud and Junior Messias – and even Ante Rebic when available – are all necessary in some capacity on top of what they provide in defensive pressure up the pitch, but with the ball Milan are a much less flexible team in the absence of that Tonali-Bennacer tandem – something last weekend’s win over Atalanta arguably only reinforced despite the result.

The need to maximise midfield balance in relation to attacking personnel is a distinct dynamic across Serie A, particularly in contrast to Juventus’ diminishing power and as the arms race for forwards intensifies across the rest of the top five. Yet in a season where the Italian title winner will not break 90 points, none reflect that dynamic more than the Rossoneri.

The narrative accompanying Milan’s Scudetto triumph this season will be one of a European giant being quote-unquote “back”.

Their ability to maintain this level domestically in coming seasons – as well as challenging on the continent, with meek group stage exits in the Champions League like this season only being tolerable for so long among an ambitious fan base – will ultimately depend on how this relatively young team builds around Tonali and Bennacer.