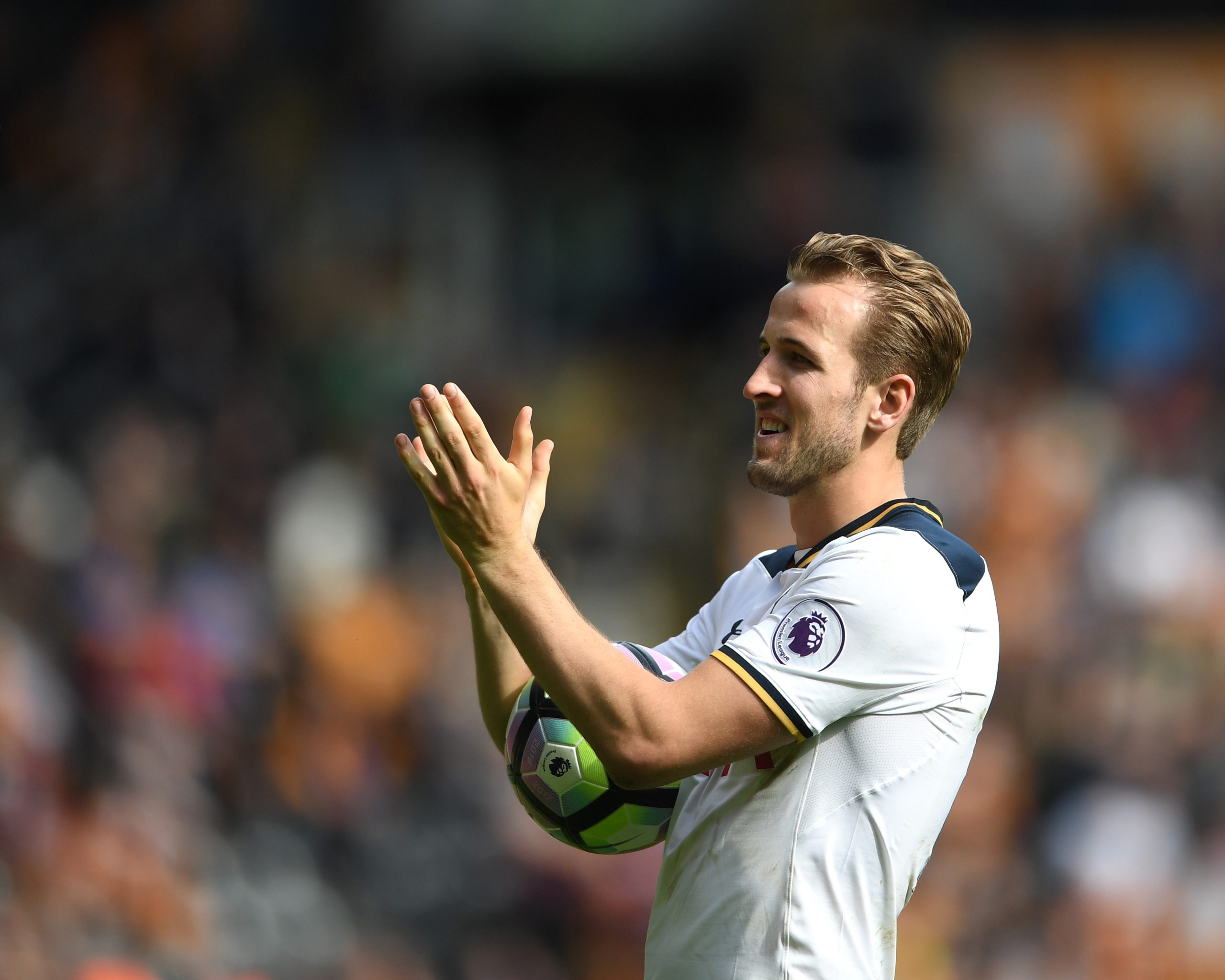 Premier League final-day hat-tricks. We’ve only seen 13 in the history of the competition, so we look back at the rare occasions they’ve been scored.

The final day of the campaign tends to bring about more goals than most other weekends, as teams and players really let their hair down. Sit back, as we take you through the 13 hat-tricks scored across the final weekend of Premier League action from seasons past.

May 8 1993 saw a phenomenal 47 goals scored across nine Premier League games, a record for a single day of action in the competition that stands to this day.

Six of those goals were scored by Leeds’ Rod Wallace and Southampton’s Matt Le Tissier – but oddly enough neither player ended up on the winning side. Each of the 12 previous hat-tricks scored in 1992-93 had been scored by the winning team, but Leeds were held 3-3 at Coventry and Southampton lost 4-3 at Oldham – the latter (coupled with Crystal Palace’s defeat at Arsenal) securing the Latics’ place in the top-flight for another season.

For poor old Le Tiss, it was the first of two times he’s scored three times and lost in the Premier League – accounting for 40% of the total times it’s happened: must be a conspiracy, right?

Fast forward 10 years for the next closing day hat-trick, as Arsenal’s Freddie Ljungberg scored three in a 4-0 win at already-relegated Sunderland.

For the Gunners, this was their third hat-trick in two games, after Robert Pires and Jermaine Pennant each netted one against Southampton in their previous match, while this was also the second match in their record 49-game unbeaten run. But despite Ljungberg becoming the first Swedish player to net a Premier League treble, the headlines were all about Thierry Henry.

The Frenchman set up all three of Ljungberg’s goals, the third of four occasions one player has assisted another for a hat-trick in the competition. It also bought Henry’s seasonal assist tally to 20, which, coupled with his 24 goals, saw him become the only Premier League player to both score and assist 20 or more goals in a single campaign.

Players to Assist Every Goal in a Hat-trick:

Portsmouth enjoyed a fine debut Premier League season in 2003-04. Finishing 13th and well clear of the relegation places, Pompey were also one of two teams that Arsenal’s Invincibles side failed to beat in the Premier League.

They finished the season with a 5-1 win against Middlesbrough, with Nigerian striker Yakubu netting four of those – the only player to net four goals in a game on the closing day. It was the first of Yakubu’s four Premier League hat-tricks, while he’s one of just five players to score a treble for three different clubs in the competition.

Another Arsenal entry next and having assisted a hat-trick on the closing day of the 2002-03 campaign (see above), it was Henry’s turn to score one this time.

The Gunners – having been unbeaten league champions two years before – were in danger of missing out on the Champions League, as they went into their last ever game at Highbury in 5th place and a point behind arch-rivals Tottenham. However, some bad lasagna and a Henry masterclass saw Arsenal overtake Spurs to finish fourth.

It was the last of Henry’s eight Premier League hat-tricks, all of which were scored at Highbury. Only Sergio Aguero (9) has since scored more hat-tricks at a specific venue.

The final day of 2007-08 saw Middlesbrough beat Manchester City 8-1, in what at the time was the biggest margin of victory and highest-scoring game on the final day of a Premier League campaign.

Afonso Alves – who had scored just three goals in his first 10 Premier League games – doubled his seasonal tally and became the first Brazilian player to score a hat-trick in the Premier League.

It was Sven-Göran Eriksson’s final game in charge of the Citizens, in what was their final season before Sheikh Mansour came to town in his Lamborghini…

Chelsea went into the final game of 2009-10 needing to beat Wigan to secure their third Premier League title, in what was their first season under Carlo Ancelotti.

The Blues had scored 95 goals after 37 games and became the first side to net 100 in a single season in the competition thanks to an 8-0 win in this game. Their 100th league goal of the season came from Didier Drogba – the first of his three in the match as he took home the golden boot with 29 goals.

Remember the name – it will hold you in good stead in football quizzes for years to come. Somen Tchoyi scored all three goals for West Bromwich Albion as they came from 3-0 down to earn a point at Newcastle.

Tchoyi – who became the first player from Cameroon to score a Premier League hat-trick, doubled his seasonal tally with his treble and went on to score just one further Premier League goal. He’s one of the lowest scorers in the history of the competition who managed to bag a hat-trick.

First – Kevin Nolan for West Ham against Reading. It was the second of his two Premier League hat-tricks, and he’s the only player to have scored one for two promoted sides, following his treble for Newcastle against Sunderland in 2010-11.

United had already won the Premier League title and led 3-1 at half-time in what was looking like a routine victory to send Fergie off in style. Then on came loanee-striker Romelu Lukaku at half-time, who, within five minutes, made it 3-2. Robin van Persie and Javier Hernandez then made it 5-2, before Lukaku added two more either side of a Youssuf Mulumbu strike to earn an unlikely comeback, and the only 5-5 draw in Premier League history.

Just six days after turning 20, Lukaku became the 5th player to score a Premier League hat-trick as a substitute, with this being achieved just once more since.

Having missed much of the season through injury, Walcott was making just his fourth Premier League start of the season on the final day against West Brom, but his first-half hat-trick meant he scored five goals in those four games. It clearly served him well, as less than a week later he would start the FA Cup final, scoring the opening goal in Arsenal’s 4-0 win over Aston Villa.

The following season, it was Olivier Giroud’s turn, this time against already-relegated Aston Villa.

In a season where Leicester shocked the world by winning the title, the Gunners looked like they were going to finish below neighbours Tottenham for the first time since 1994-95. However, Giroud’s hat-trick ensured a 4-0 win, while Spurs crumbled to a 5-1 loss at Newcastle. Giroud was Arsenal’s 19th different hat-trick scorer in the Premier League, and they’ve had two more since, which is more than any other side in the competition’s history.

The last player to score a hat-trick on the final day of a Premier League campaign was Tottenham’s Harry Kane, who did so at Hull City in 2016-17.

It was Kane’s fourth Premier League hat-trick that season that helped Spurs to their first-ever second-place finish in the competition – only Alan Shearer has ever netted more in a single campaign (five in 1995-96).

His third hat-trick had come just a few days prior, in a 7-1 win at Leicester City. With this, Kane became just the sixth player to score a hat-trick in consecutive Premier League appearances – and he went and did it again the following season in December. 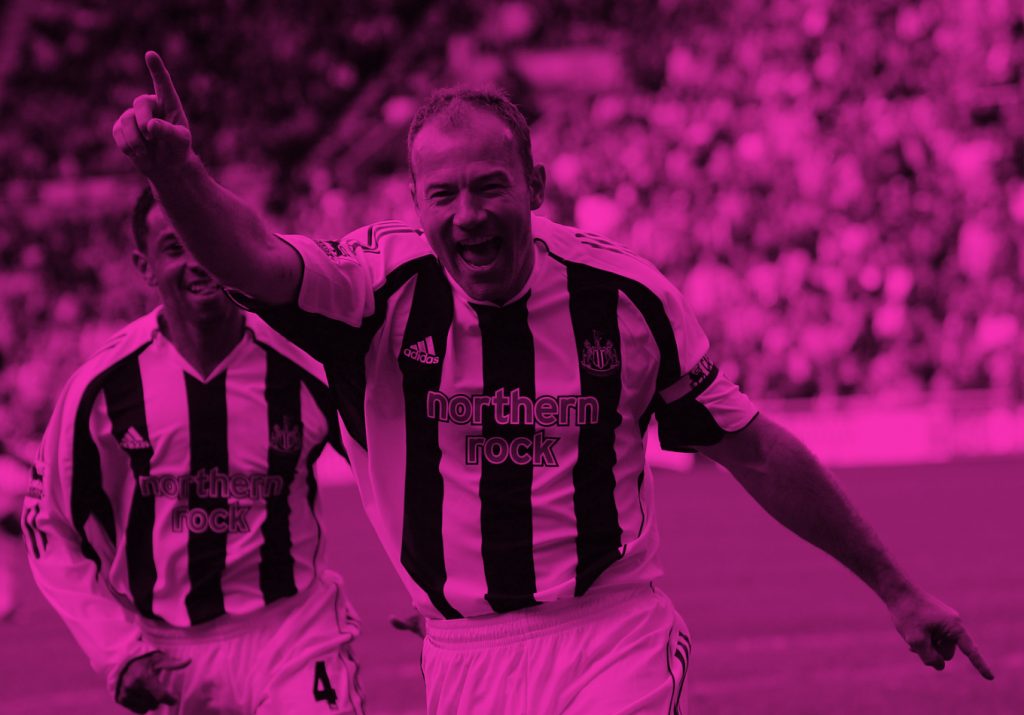 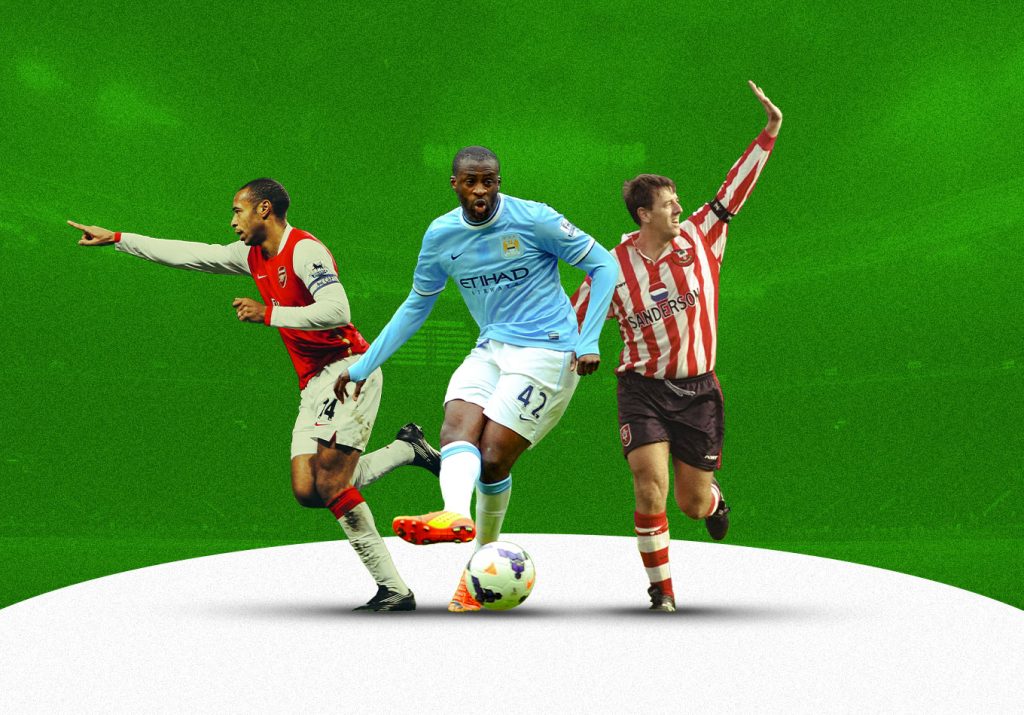