Where Does Will Levis Stand Among This Year's Talented Quarterbacks? | The Analyst 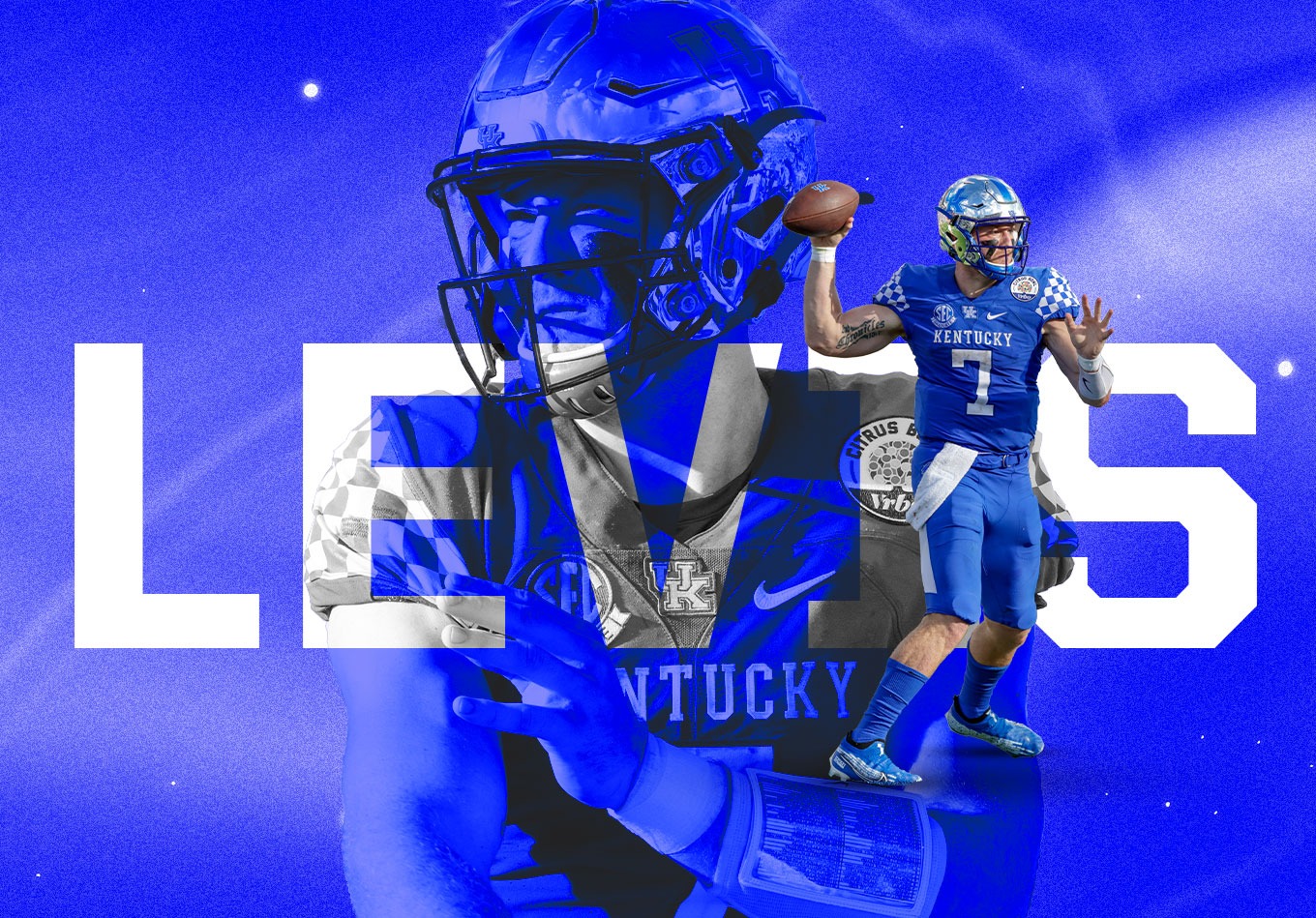 Where Does Will Levis Stand Among This Year’s Talented Quarterbacks?

After a down year in terms of quarterback talent, the same won’t be said about the 2023 NFL Draft’s crop of signal-callers.

From C.J. Stroud of Ohio State, Bryce Young of Alabama and beyond, there are a great deal of players to keep an eye on.

One of the more popular names outside of Stroud and Young is Kentucky’s Will Levis. He’s gained popularity from not only the way he eats a banana, but also from draftniks due to his clean upper body mechanics and the velocity he can put on the football.

Levis struggled to find the field over Sean Clifford at Penn State, so he transferred to Lexington where he beat out Joey Gatewood for the starting job in the summer of 2021. He led the Wildcats to a successful 10-3 season a year ago, throwing for 2,826 yards and 24 touchdowns.

However, the question remains entering his second season with the Wildcats: How does Levis stack up against the top QBs in the class like Stroud and Young?

Levis has been working with biomechanics expert Rob Williams to clear up his upper body mechanics to draw as much power from his hips as he can throughout his motion.

This shows in game action as Levis has the ability to zip the football on a line to any level of the field. On platform or off platform, Levis can let it rip.

This has many drooling over the Kentucky quarterback.

He has some scoot to his game as well, showing the prowess to put his head down and pick up extra yardage with his legs. Kentucky has designed runs for Levis, who shows next to no fear in putting his head down, lowering his shoulder and working through contact.

On the season, Levis averaged over 6.5 yards per carry on 45 designed runs in 2021. He even had a higher yards per carry average on scrambles than Young did last season.

That remains a theme of Levis’ game: fearless.

This, however, tends to get Levis in a great deal of trouble as well.

In 2021, Levis threw 13 interceptions and a total of 15 pickable passes. So his pickable pass percentage was much higher than that of Young and Stroud.

This stems from issues with Levis’ eyes. When the Wildcat quarterback is forced to move off his first read when working through his progressions, there can be a sense of panic at times. His natural instinct in these moments is to tuck the football and stick his nose into the ground and do what he can with his legs.

For the most part, Levis has the tendency to lock onto his pre-snap diagnosis without accounting for disguised looks post-snap. This gets sticky as defensive backs can lock onto his eyes and bait him into easy interceptions.

Liam Coen, now the offensive coordinator for the Los Angeles Rams, helped Levis out a ton in 2021 by manufacturing ways for him to the ball to playmakers in space, RPOs and off play-action. On pure dropbacks, Levis’ success dropped significantly compared to these manufactured looks cooked up by Coen.

While Levis’ upper body mechanics are clean, smooth and efficient, his lower half has not followed suit as his feet are in need of plenty of refining in 2022.

Levis too frequently compromises his platform, even in clean pockets, and has a tendency to overstride with his front leg. This breakdown in his lower half impacted his accuracy a year ago as well.

He certainly has the tools to take a leap this year in 2022, but losing his play-caller to the Rams, three of his offensive linemen to the NFL and his top playmaker to the New York Giants will not help. Cleaning up his lower-body mechanics will go a long way towards his accuracy improving, but there’s quite a bit of work if Levis is going to prove he has the poise and fortitude to stand tall and work through his progressions effectively.

Elite tools only carry a quarterback so far, as we saw this year with Liberty’s Malik Willis falling to the third round. The NFL requires well-rounded quarterbacks who show proof they can handle a full playbook with poise, wit and confidence.

The highs are high with Levis, but the lows are bad. There’s not a more gifted quarterback in the class than Levis, but as he nears the age of 24, he appears to be well behind Stroud and Young.

As a result, there’s much at stake in Year 2 in Lexington if the fearless gunslinger is to alter that assessment.