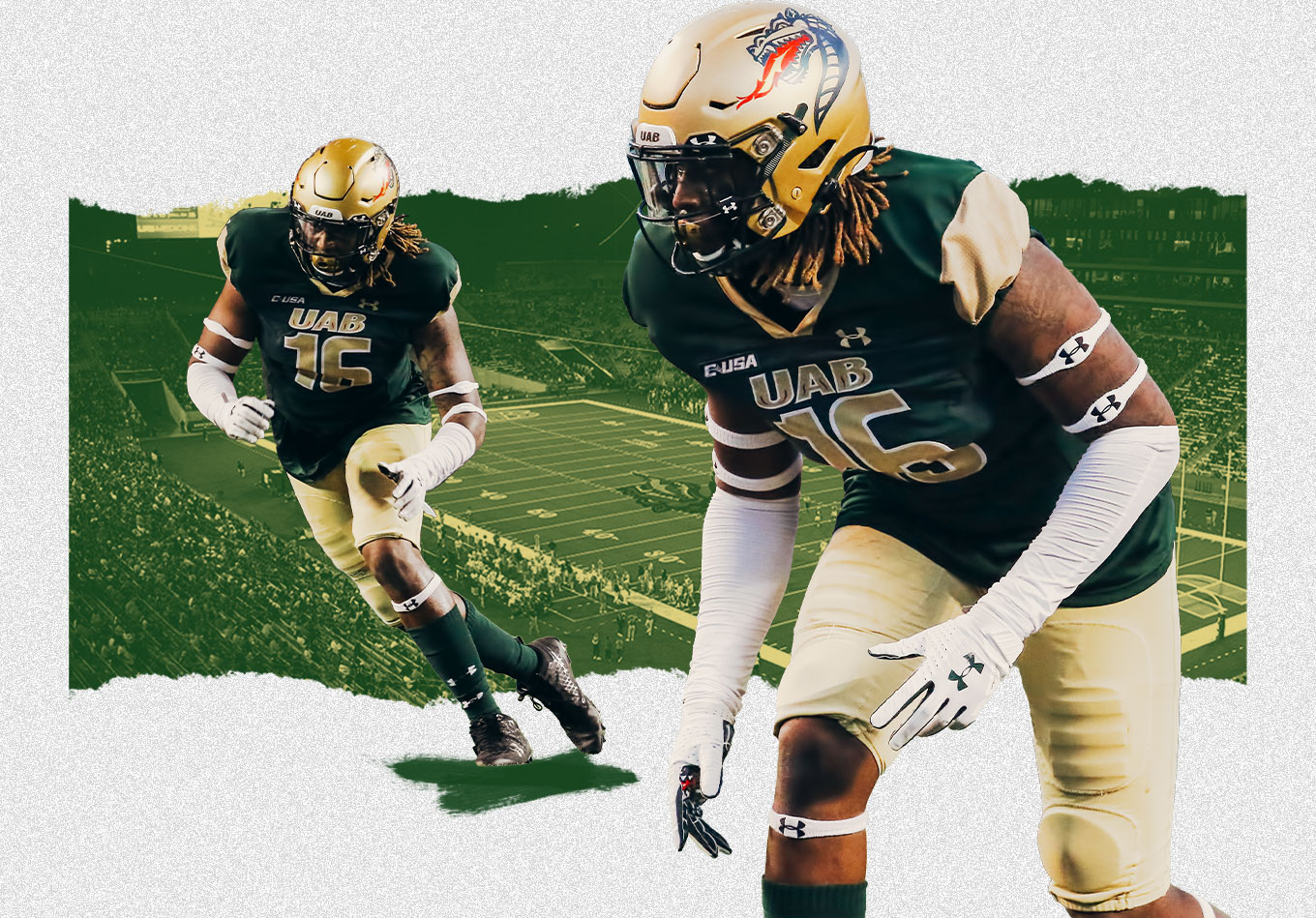 Diamond in the Rough? How Alex Wright Compares to the NFL Draft’s Top Defensive Line Prospects

The 2022 NFL Draft is less than two weeks away and one prospect remains bogged down in a deep crop of edge rushers.

Hailing from UAB, Alex Wright put together a season that proved he belongs in the conversation with the other Day 2 pass rushers, including USC’s Drake Jackson, Oklahoma’s Nik Bonitto, Cincinnati’s Myjai Sanders and Kentucky’s Josh Paschal.

A year after UAB had pass rusher Jordan Smith land in the fourth round, Wright has flown under the radar – though he’ll realistically land in the same middle-round range. On the season for the Dragons, Wright racked up 7.5 tackles behind the line of scrimmage and six sacks, forcing two fumbles along the way.

While his box score may not present eye-popping numbers – and they might have to for a small school prospect to stand out, his advanced metrics and tape sure do despite facing lesser competition than other Power 5 players.

All in all, Wright had a small sample of pass-rush attempts on the year. He went after the quarterback just 163 times in 2021 (compared to 276 from Michigan’s Aidan Hutchinson and 298 from Florida State’s Jermaine Johnson).

However, Wright did more than take advantage of his limited attempts in 2021 with glowing grades and percentages. He had a pressure percentage that comes out higher than that of the top dawgs like Aidan Hutchinson, Travon Walker, David Ojabo and Kayvon Thibodeaux, providing heat on opposing quarterbacks on 31.3% of his attempts.

Hutchinson was second in pressure rate at 30.8%.

Despite being only a true junior, Wright has proven to be a savvy pass rusher who can win both inside and around the outside track. Though he has extraordinary length, Wright shows nice flexibility in his ankles and hips to play outside of his frame and bend tight corners as he gets after opposing quarterbacks. It is rare for a man his size to possess the bend that Wright has put on film.

Wright was credited with 12 adjusted sacks on the season, showing that knack for getting after passers.

It didn’t stop as a pass rusher for Wright either, as he more than held his own against the run as well. Of the big names listed, Wright posted the highest run disruption rate at 18.7%. Hutchinson posted a run disruption percentage of 17.9%, Thibodeaux’s was 11.4%, and Walker’s was 12.9%.

Possessing excellent size at 6-foot-5 and 272 pounds (what he measured at the combine), Wright has presented the versatility to play both on the outside as well as in the defensive trenches. He frequently slid in and played a three-technique defensive tackle role for the Dragons.

Even from the inside, where he played nearly 24.0% of his snaps in 2021, Wright put together a pressure rate of 35.5%(defensive tackles typically have a lower pressure rate than edge rushers).

His run disruption percentage hit 20.0% from the inside as well on 45 run snaps. On a much smaller sample size, Wright was even better when he was asked to slide inside.

Wright’s length allows him to extend and keep blockers out of his chest. He has the strength to hold his own at the point of attack and the quickness to take advantage of oversetting offensive linemen. There’s a great deal to like about the foundation that Wright is bringing to the next level.

Unfortunately, he strained his bicep while performing the bench press at the NFL Combine and was not able to put any official testing numbers on display. He did hold a private workout later, but those numbers have been kept private.

He’s not an extraordinary athlete by any means and it shows as he gets off the line of scrimmage, but Wright can stride it out and even chased potential first-round pick Malik Willis out of the pocket and all the way to the boundary. Wright can overcome his average first step by anticipating and timing the snap count at a high level.

There’s also plenty of room to grow in terms of stacking a pass rush plan together. While Wright displays the prowess and high IQ to set up initial plans off the snap, he does struggle to counter the hands of offensive linemen across from him when his first plan of attack is stuck in the mud. He has the length and strength, he’s just in need of a good bit of refining and coaching.

The good news about Wright’s lack of refinement? He doesn’t even turn 22 until the first week of the NFL season. Wright is one gigantic ball of clay for an NFL team to nab at a discounted price as the 2022 NFL Draft quickly approaches.

The floor is high because of his size, skills and versatility. Inside or out, against the pass or run, NFL teams will find ways to get Wright on the field even as a rookie. 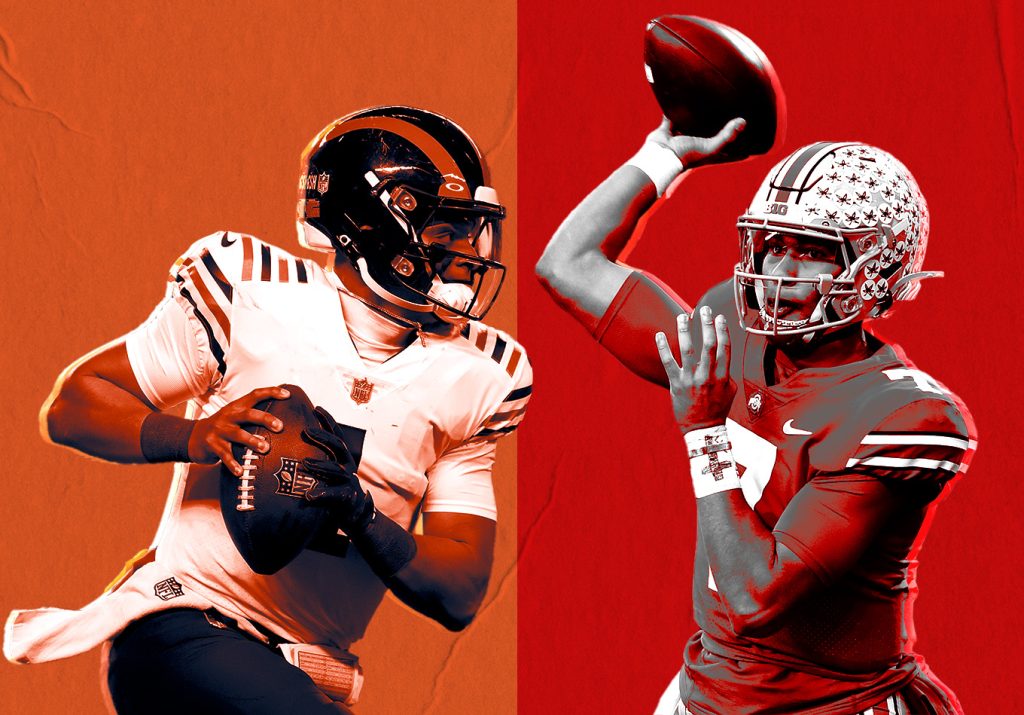