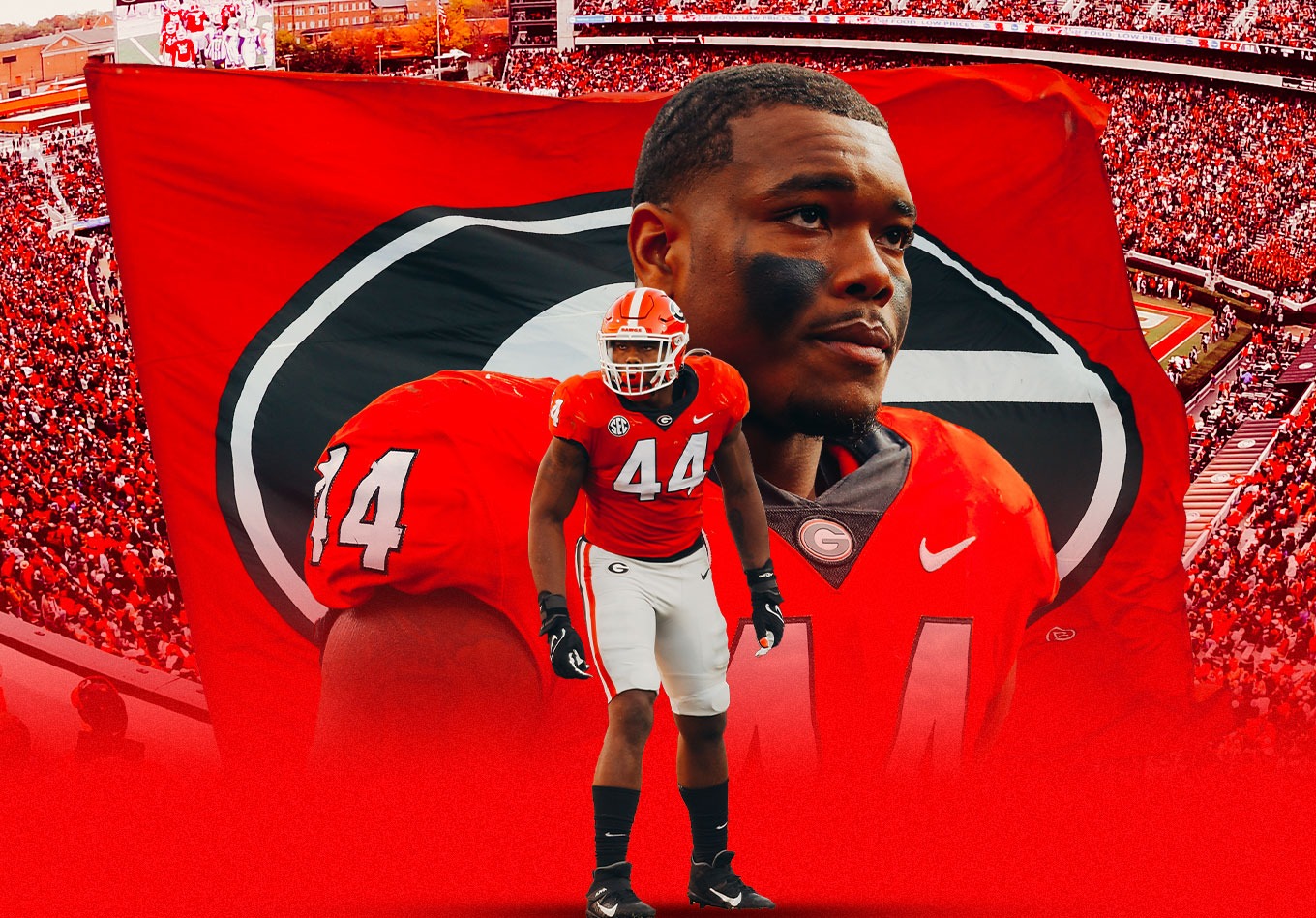 Should the Jaguars Take a Franchise-Defining Gamble on Travon Walker?

It has been five years since a defensive lineman was last taken first overall in the NFL Draft.

Back in 2017, Myles Garrett’s name had been written in pen next to the top slot for a long time before the Cleveland Browns officially gave him the distinction of being the first player off the board.

Garrett was seen as a can’t-miss prospect and he’s lived up to that billing with his 361 career quarterback pressures – the fourth most in the NFL since 2017.

Now, all the signs are pointing to an edge rusher going first overall once again. However, while Garrett was a sure thing, the Jacksonville Jaguars appear set to select a player who is anything but.

Talk of Aidan Hutchinson and Kayvon Thibodeaux going No. 1 has given way to the belief that Georgia’s Travon Walker will hear his name called first in a class filled with more divisive prospects than clear-cut stars.

Walker has emerged as the favorite despite finishing his college career with Georgia, which won the national championship, with just 9.5 sacks.

His stock has risen sharply in the wake of a stunning athletic performance at the NFL Combine, yet given his mediocre production compared to his contemporaries in the edge class and the role he played for Georgia, selecting Walker would represent a substantial gamble by the Jags.

A year after selecting Trevor Lawrence with the first overall pick, it’s a gamble Jacksonville cannot afford to backfire.

Any conversation about Walker must begin by addressing the elephant in the room – the production, or lack thereof.

Walker had 3.5 sacks over his first two seasons before displaying a marked improvement in that regard as Georgia’s dominant defense laid the foundation for its national title.

Indeed, he registered six sacks – 17th among all defenders in the SEC – yet his pressure numbers are illustrative of a player who failed to impact the quarterback on a consistent basis.

Walker registered 31 pressures on 259 pass-rush snaps for a pressure rate of just 12.0%. That’s a far cry from the player he appears to have usurped as the No. 1 pick in Michigan’s Hutchinson, who had a pressure rate of 30.8% in 2021.

Only 16 of Walker’s pressures involved him beating a pass blocker. Hutchinson beat a pass protector on 72 of his 85 quarterback pressures. Yet the paucity of pass-rush production is in part a reflection of how Walker was utilized by the Bulldogs.

Though Walker played 96 more snaps as a pass rusher than a run defender, his goal in attacking pass protectors was not always to get to the quarterback, but to soak up attention from the offensive line and open rush lanes for second-level defenders.

As a result, teams evaluating Walker only saw flashes of his potential as a pass rusher. But the combination of those flashes and his astounding athletic profile appears to have enticed the Jaguars into taking a significant risk.

Though his Georgia defensive line mate Jordan Davis stole the show at the NFL Combine with his remarkable performance in the 40-yard dash, Walker’s pre-draft workout stands among the finest in league history.

Measuring at 6-foot-5 and 272 pounds, Walker tore down the track in 4.51 seconds, putting him in the 98th percentile for defensive ends. His 10-yard split of 1.62 seconds was not quite as impressive but was still good enough for the 70th percentile.

Walker’s arm length (35 and a half inches), hand size (10 and three-quarter inches) and wingspan of over seven feet (84 and a quarter inches) all measured in the 95th percentile for his position.

In the vertical jump and broad jump, which gauge lower-body explosiveness, Walker was in the 80th and 87th percentile, respectively. In the three-cone drill, used for edge players as an assessment of their flexibility to turn the corner and beat an offensive tackle to the outside, Walker posted a time of 6.89 seconds that put him in the 93rd percentile.

Walker’s testing suggests he has the physical skill set to blossom into an explosive and bendy pass rusher whose arm length should allow him to win hand fights with offensive linemen, with half the battle for pass rushers being the ability to make contact before the pass protector.

Evidence of his potential to develop into the player was sporadic during his college career, but the glimpses of that promise were undoubtedly tantalizing.

With Georgia frequently mixing up its defensive fronts, Walker played in a variety of roles. He was used as a defensive end in both 4-3 and 3-4 fronts and also played as a 3-technique defensive tackle lined up on the outside shoulder of the guard.

As such, it is difficult to know what Walker’s best position is, though his versatility is undoubtedly part of his appeal.

Walker’s athleticism clearly makes him a mismatch problem for guards when pass rushing from the inside. He had 13 pressures from the defensive tackle spot, with nine of those seeing him beat a pass protector.

Walker’s quickness off the snap was extremely tough for interior offensive linemen to react to and posed them significant issues when he was used in a stunt by the Georgia defensive line.

That same burst has facilitated his, albeit limited, success on edge, though he needs to do a better job of translating his speed to power. When he does do so and gets his long arms into the pads of blockers, he can produce an impressive bull rush to help collapse the pocket.

On the top of that, Walker has fleetingly displayed the ability to get around the corner and flatten to the quarterback, with the acceleration he demonstrated in the 40 track showing up in the closing speed he displays when he has a path into the backfield and an opportunity to force a negative play.

Such closing speed can also be a substantial asset in the run game, in which Walker’s arm length and power in his hands come into play in helping him disengage from blocks, freeing him to hunt the ball carrier.

Of course, excelling as a run defender is a long way from being enough to justify a top overall selection and, to make such a decision, the Jaguars must believe they can harness the untapped pass rush potential and refine a limited set of moves, with the rip move and the push-pull the only two with which Walker has enjoyed anything resembling consistent success.

The Jaguars do have a highly experienced defensive line coach who would be tasked with developing Walker. Brentson Buckner has worked with the likes of Chandler Jones and Jason Pierre-Paul during his career and was the defensive line coach for the then Oakland Raiders in 2019 when Maxx Crosby had 10 sacks as a rookie fourth-round pick.

Crosby, however, did not have the massive burden of being the No. 1 pick. Too often the Jaguars have seen top-five picks go to waste. Between 2012-17, they picked in the top five for six consecutive drafts and only one of those selections (now Los Angeles Rams star Jalen Ramsey) even made a Pro Bowl.

In an era that will be defined by whether they take advantage of having Lawrence fall into their lap last year, the Jags cannot afford to miss on premium draft picks.

By likely taking Walker over Hutchinson, the Jags are going with the home-run swing over the prospect most believe to be a pro-ready day-one contributor. If they are to turn their fortunes around and contend with Lawrence, that swing must make contact. 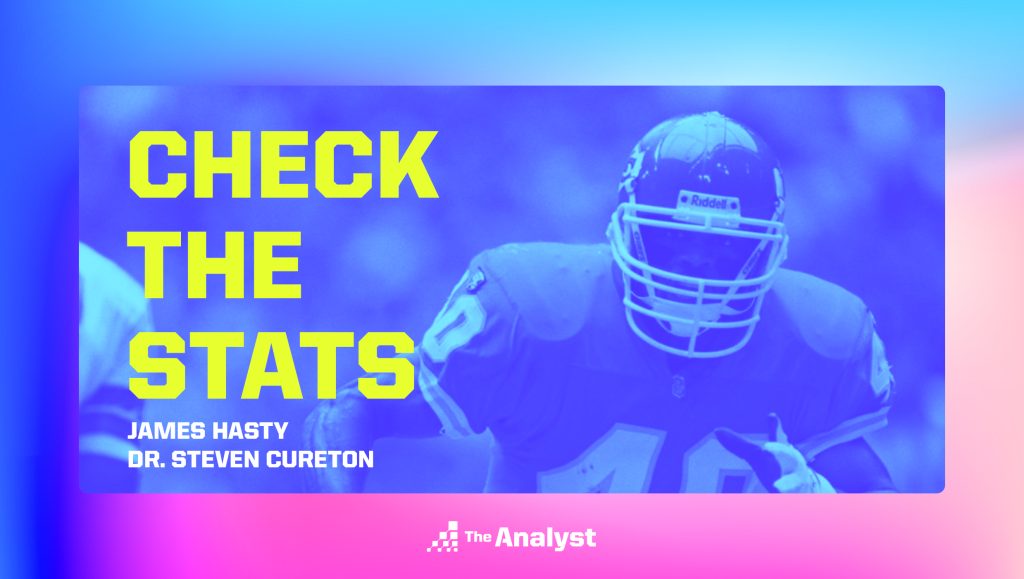 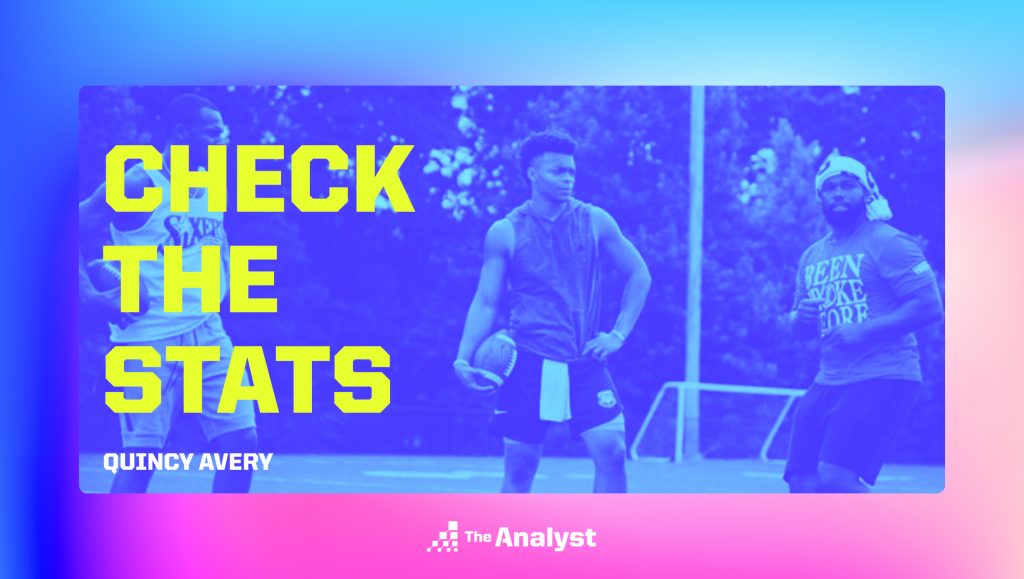