2022 Masters Predictions: Who Our FRACAS Model Says Will Be Wearing the Green Jacket | The Analyst 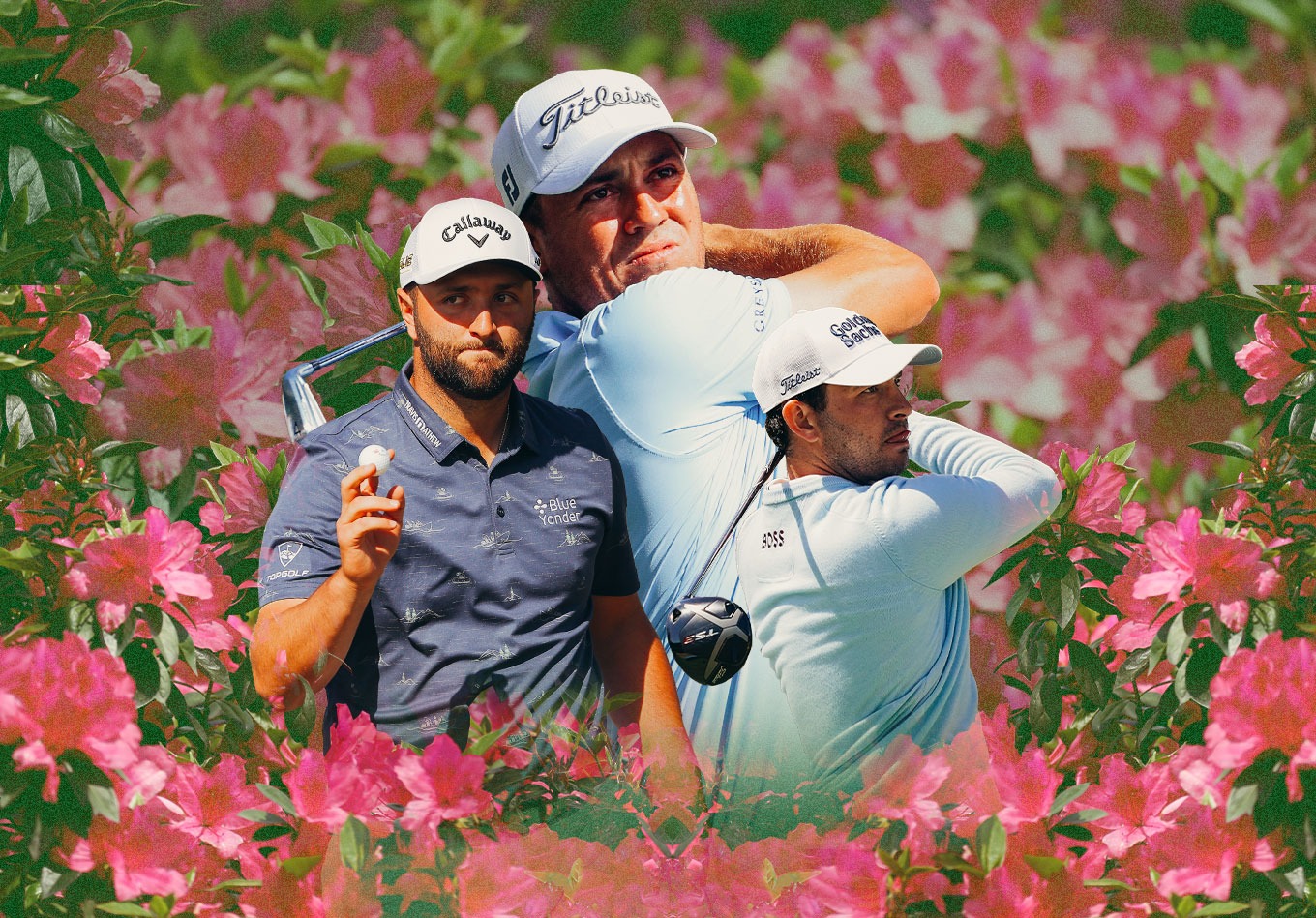 2022 Masters Predictions: Who Our FRACAS Model Says Will Be Wearing the Green Jacket

Masters week is upon us. And Tiger Woods is back.

The 86th edition of the Masters Tournament brings us, as always, to Augusta National Golf Club. Augusta is a tree-lined 7,500-yard par 72 with wide fairways and no rough. Though the absence of rough may give the course a visual of ease, the greens complexes make ball placement in the fairways equally as important as hitting the fairways themselves.

End up on the left side of the fairway on certain holes and players may be looking at a tougher up-and-down than those who end up in the pine straw on the right side. It’s a course where thinking one or even two shots ahead is required. There have been no wins by those playing in their first Masters in the last 42 editions, so experience around the course is all but required.

While the course itself is reason enough to watch, the excitement the course design brings to scoring is what makes the Masters such a joy to follow. And there is even more drama this year as Woods, a five-time winner, intends to return more than a year after suffering leg injuries in a horrific car crash in Los Angeles that put his career in jeopardy.

While the course traditionally plays over par, almost every hole is designed so that a variety of scores are possible. This comes from the combination of length on the par 4s and “getability” of the par 5s. The difficulty of the par 4s requires a lot of par saving, while the relative ease of the par 5s offers plenty of opportunities for birdies and eagles.

“Amen Corner” is a phrase you may hear consistently throughout the week. It’s the 11th, 12th, and 13th holes of Augusta National and is lauded for its excitement. Using historical data, it’s a well-deserved title. The only three-hole stretch with a higher total mean average deviation is the 13th, 14th, and 15th, and that stretch contains two par 5s.

Predictably, the field is strong. The average FRACAS of the tournament entrants is about 0.3 strokes better than PGA average. That number, however, is bogged down by a handful of amateurs and past champions in the field. The median FRACAS of entrants is half a stroke better, so once you cut out the bottom eight or so golfers the field strength really shines.

FRACAS’ current top-ranked golfer in the world is Justin Thomas, and he is also the model’s favorite to win.

Thomas has the long-term skill (ranked second in long-term FRACAS), the current form, and the fit to the course to make him the clear favorite. Among players with more than 10 scored rounds in 2022, Thomas ranks behind only Cameron Smith in field-adjusted strokes gained per round.

2022 Leaders In Field-Adjusted Strokes Gained Per Round

Jon Rahm has had a disappointing start to 2020 by his standards, but he’s buoyed by his long-term baseline which remains the highest in the world. Like most top golfers, his profile also fits Augusta National extremely well. He has the prowess off the tee to create proper angles and distances into the challenging greens, and is in fine form with the driver, gaining an average of 5.7 strokes off the tee in his last five tournaments. His short game has been letting him down of late, losing almost three strokes per tournament on and around the greens, but he’s had spike weeks with his putter in the past, gaining over four strokes putting in both the Sentry Tournament of Champions and last year’s BMW Championship.

Patrick Cantlay, Daniel Berger, and Viktor Hovland round out our top five. All three players are currently playing above their long-term baselines, are ranked in the top six per FRACAS, and have good course fit. Berger is perhaps the most surprising of names in our top five. His Masters record is not particularly strong, but he’s coming off back-to-back top-10 finishes in his last two majors and appears to be back to full healthy after a back injury kept him out of a few tournaments in February.

Rory McIlroy remains in search of the grand slam, and while his form was trending in the right direction to start the year, missing the cut at last week’s Texas Open poured a little cold water on his trendlines and he’s now 16th in field-adjusted strokes gained per round in 2022. However, his ability to score keeps him close to the top in projected win percentage. McIlroy, Hovland, Scottie Scheffler, and Dustin Johnson have four of the top seven scoring variances of players with greater than a 1% chance to win. These are guys who have all the shots needed to compete, but they also have a tendency to implode.

Also appearing in the top 10 are Cameron Smith and Sam Burns. Burns is playing in his first Masters, and is our favorite for low debutant. Smith is currently FRACAS’ second-ranked player in the world, and has had the best 2022 of anyone in the field. So why is he only eighth in our projections? Surprisingly, course fit is our answer. Only Vijay Singh gets a bigger downgrade for course than Smith, and it’s because of how he traditionally does on long/difficult par 4s.

It can all be traced back to Smith’s struggles with the driver. Of course, that can all be negated by a scorching hot putter, as he showed at The Players by losing 5.2 strokes off the tee but gaining 11.5 on the greens. The model thinks Smith’s inconsistencies with the driver will hold him back a bit at a course like Augusta.

The top value for the model over consensus odds is Daniel Berger, who we have already analyzed. The consensus market has Berger consistently around 38-1, but the model thinks 25-1 is a more accurate number. The model also sees value in the tournament finishes market, where he’s being listed as 15-2 for a top five finish. But 5-1 is a fairer price.

In the outright market, there’s not a lot else to like. The best players in the world coming together at a course with a lot of variance gives us a situation where about 33% of the field has better than a 1% chance to win. The placement markets, on the other hand, is where to find value this week. With high variance and only top 50 and ties making the cut, the scoring stretches out a bit and we end up with fewer players in the top five.

Since most books offer dead-heat rules for players tied for a placement, fewer players projected to tie for those spaces means a higher payout.

Imagine if you wagered $100 at 5-1 on Player A to finish in the top five and Player A finished tied for fourth with three other players. A full payment would be:

Fewer players projected to finish in the top five means fewer chances for payout to be cut by tied players.

So who do we like? Tyrrell Hatton has the most value in the top five/10 markets. Hatton is coming in with fine form, gaining the 12th-most field-adjusted strokes per round in 2022. He excels on long/difficult par 4s and has the short game to navigate his way around Augusta National. His Masters history, and his history at major championships in general, is not the greatest, but his last effort at Augusta led to a top 20 and the model likes his chances of finishing higher in 2022.

We see his top-five odds at 13-2 and his top 10 odds at 7-2, both good prices off his consensus odds of 9-1 and 19-4, respectively. And if Hatton is outside the top 10 heading into Sunday, he’s still a good bet to move up. In 2022, Hatton has gained 3.23 field-adjusted strokes per round in the fourth round of tournaments, behind only Matt Jones and Matt Fitzpatrick.

Our other placement pick to click is South African Erik Van Rooyen, who is 150-1 to win per the consensus. It’s not like our 131-1 odds are much better, but the model sees tremendous value in almost all of the placement markets. You could start with a top-five finish, where Van Rooyen has longer odds than most of the favorites at almost 35-1. FRACAS sees that closer to 19-1. In the top-10 market, he’s a little longer than 14-1, though his odds should be closer to 9-1. Where we see the most value is in the top-20 market, where he can be found around 11-2. Our model thinks it should be closer to 4-1.

What makes Van Rooyen a good play? His ability to score on par 5s. He isn’t the longest off the tee, but he isn’t losing distance either as he’s gained about 3.5 yards over the field in his last 20 tournaments. Where his game has really been excelling is with his irons. He’s only lost strokes with his irons once in 2022 and has twice gained over 4.0 strokes with his irons. He’s been good in 2022 as well, sitting 44th in field-adjusted strokes gained per round this year – two spots above two-time major champion Collin Morikawa.

In his first rounds of the tournament, he averages 3.79 strokes gained against the field. But he’s had trouble keeping it together over the weekend, gaining an average of just 0.67 strokes the rest of the way. We’re looking for a classic fast start from Van Rooyen before he tries to hold on during the weekend rounds.