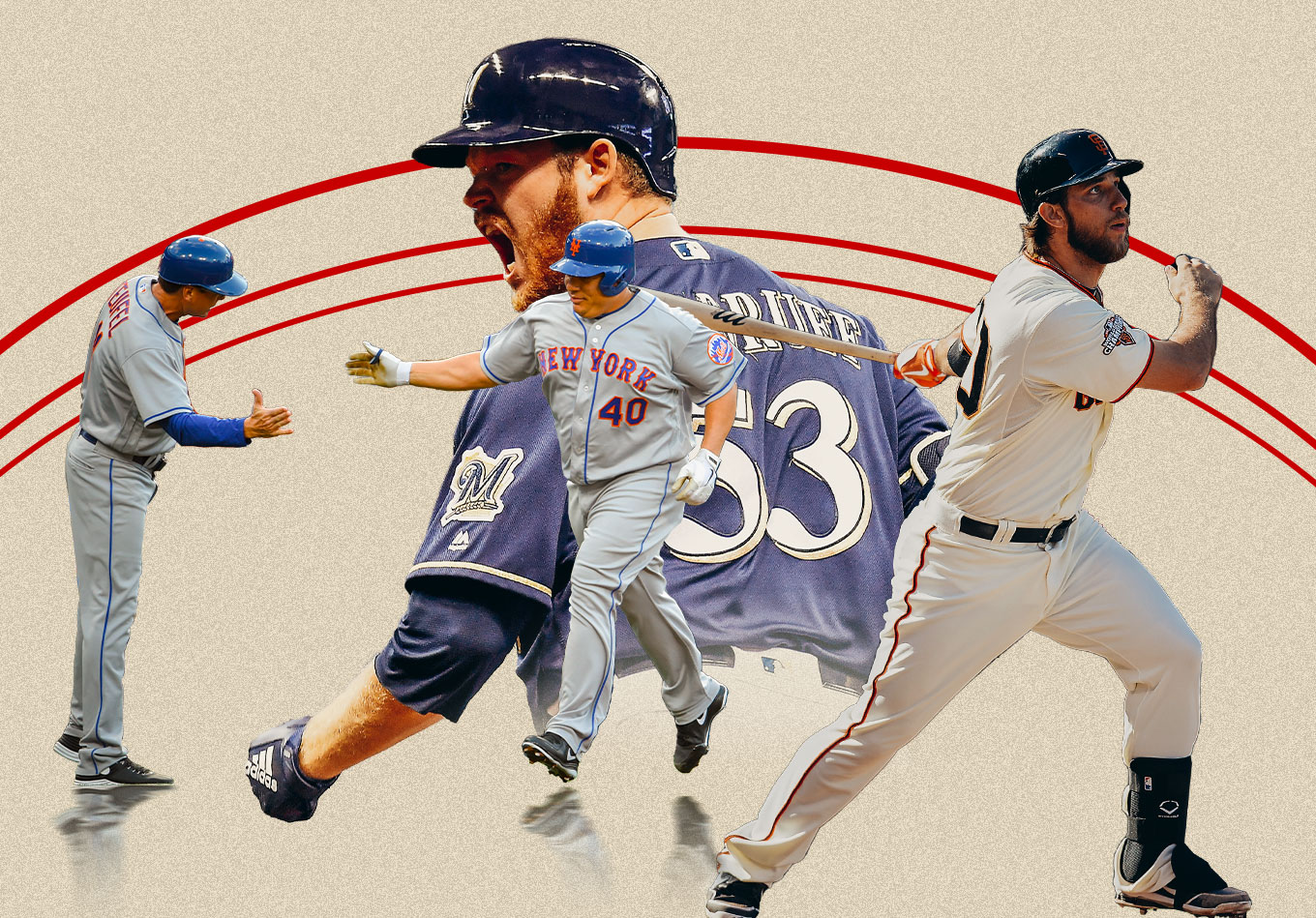 End of an Era: The Greatest Home Runs Hit by Pitchers

The players and owners haven’t agreed on much during the MLB lockout, but it has been settled that there will be a universal designated hitter across baseball in 2022.

MLB commissioner Rob Manfred announced as much in February, long before the cancellation of the 2022 season’s early series were wiped off the schedule. It means there will be another slugger in National League lineups instead of an automatic out at the pitcher spot.

Then again, that wasn’t always the case – some pitchers proved they could handle the bat quite well. What we will be missing is all the fun when a pitcher would occasionally get a hold of one.

Here’s some of what we’re talking about as we revisit memorable home runs by pitchers in MLB history, starting with, in the opinion of many, the most fun homer in New York Mets franchise history.

In his first 225 Major League at bats, Colon had 21 hits, 19 of which were singles. He struck out 119 times. If you are looking for a reason why baseball is adding the DH in the NL, those numbers are why.

But if you’re looking for reasons why fans are sad about it, the pure joy surrounding the whole at-bat from the oldest player in MLB history to hit his first home run tells the tale.

There are certain home runs that baseball fans can perfectly picture in their minds without needing to watch a video: Kirk Gibson. Aaron Boone. Bobby Thompson. In this age of social media, you can add Colon to that list.

A fastball from James Shields right down the middle. A slight step towards third base. A long, high, majestic home run hugging the left field line. A 31-second home run trot.

This was just an early regular-season game, so it won’t be as significant as some of the other home runs on this list. But if you’re looking for the most memorable home run from a pitcher, this beauty from Colon, at the age of 42, is a great place to start.

How about another home run in a similar mold to Colon’s? Just over a year later, Lester took a 91-MPH fastball from Patrick Corbin and deposited it into the left-center bleachers at Wrigley Field. Lester, who began his career in the American League with the Boston Red Sox, was 0 for 66 at the plate before his first career hit in 2015.

But let’s focus on the positives. Because not only did Lester go yard for the first time in his 199th career at bat, but he also went 2 for 2, his team won 16-4, and he collected the 2,000th strikeout of his pitching career.

Not a bad day at the office for a player who, since that first day of August in 2017, turned into a decent threat at the plate with 26 hits and three more home runs.

This list would be incomplete without recognizing Bagby, the answer to the trivia question: Who was the first pitcher to hit a home run in MLB postseason history?

It wasn’t just any home run, either. It was a three-run jack in Game 5 of the 1920 World Series – a game that ultimately saw Bagby throw a complete game and lead his team to a 3-2 series lead.

In 660 career regular season at bats, Bagby only hit two home runs. That he hit a home run in the only World Series he ever played in is miraculous.

How about one more home run from over 100 years ago, and from the best pitcher on this list?

Mostly known for the Hall of Fame pitcher he was, Johnson could handle a bat. His 24 home runs rank among the most by a pitcher in MLB history.

But in the moment, none of Johnson’s home runs were particularly memorable.

So why is he on the list? Because he hit one of the most historically significant home runs by a pitcher in 1916. On that day, Johnson hit his one and only home run of the season in a ho-hum 2-0 win over the New York Yankees. It was his 29th consecutive (!) complete game of the season and he only allowed one hit while striking out eight.

It was part of a 1916 campaign that saw Johnson throw an arm-numbing 371.0 innings – the third highest total of his illustrious career.

The blast that day, off Yankees pitcher Nick Cullop, was Johnson’s only home run on the season. But here’s the catch: Johnson did not allow a single home run all season. So yes, in 1916, Johnson hit more home runs than he allowed.

Despite continuous postseason struggles, Kershaw is still one of the greatest pitchers in MLB history and when Woodruff stepped to the plate in the bottom of the third inning in Game 1 of the 2018 NLCS with his Milwaukee Brewers trailing 1-0, he was facing long odds to tie the game with one swing of the bat.

Let’s leave it to Kershaw to explain why this home run was so memorable: “I knew he could swing the bat a little bit…I didn’t know he could do that.”

If Woodruff’s home run was a huge moment, imagine hitting a home run for the World Series-starved Chicago Cubs at home in Game 7 of the 2003 NLCS. That’s exactly what Wood did on a 3-2 pitch in the bottom of the second inning, tying the game at 3-3.

Now, the only reason this isn’t arguably the most memorable home run in postseason history is because unfortunately for Wood, his team ultimately lost the game. By far the most memorable moment of this series occurred in Game 6, when the world was introduced to Steve Bartman.

But if you’re looking for what this home run meant, the pictures from Wrigley Field tell the tale. And if that isn’t enough for you, then take it from Wood himself.

When asked which moment was more surreal to him on Ryan Dempster’s podcast “Off the Mound”, the home run or his 20-strikeout performance, Wood, without hesitating, said it was the home run and not particularly close.

There’s a big difference between Game 7 of the NLCS and opening day, but “Mad Bum” is different. Maybe the most well-known hitting pitcher of the past decade, Bumgarner got the opening day nod for the San Francisco Giants in 2017 and delivered a memorable day at the plate.

After walking in his first at-bat, Bumgarner stepped to the plate in the fifth inning and hit a line-drive bullet just over the fence in left center field. But he’s done that plenty of times in his career. What made this day particularly special was his next at-bat. Because with a 2-0 count and the score tied in the top of the seventh inning, Bumgarner hit another homer, making him the first pitcher to hit two home runs on opening day.

While we could wax poetic about the majesty of his moonshot, it’s better coming from the legendary Giants broadcast duo of Duane Kuiper and Mike Krukow. In his famous tagline, Kuiper exclaims, “High drive, left field, it is outta here! He’s done it again…And I think even D-Backs fans have to applaud this one.”

And yes, Bumgarner was the only player in 2017 to hit two home runs on opening day, meaning that for one night, a pitcher led the MLB in home runs.

Hitting two home runs on opening day is awesome. Hitting two home runs while throwing a no-hitter uniquely places you in the running for greatest individual performance of all time. And that’s what Wise did in the doldrums of summer in 1971 for his woeful Philadelphia Phillies.

Wise’s first home run came in the fifth, extending the Phillies lead to 3-0. When he stepped up to the plate in the top of the eighth inning, the crowd, the players, and even the announcers were on “no-hitter alert.”

So when his at-bat ended with a second trot around the bases, there was applause from the visiting crowd and a declaration from the announcer: “He’s evidently not too worried about a no-hitter right at this moment, it certainly hasn’t affected his hitting concentration.”

After a 1-2-3 eighth, Wise easily retired the first two batters in the bottom of the ninth. To complete the no-no, he’d only have to go through some ballplayer named Pete Rose. Rose lined out to the third baseman on a 3-2 count, ending a special performance.

It has remained the only instance in MLB history in which a player hit two home runs and threw a no-hitter in the same game.

And that brings us to Webb. With the DH likely on the way, Webb’s first career home run in what was ultimately a final game of the regular season with the NL West title on the line will likely be the very last home run by a starting pitcher on a day that he is also pitching (future Shohei Ohtani exploits not withstanding).

The home run was most memorable for the extenuating circumstances that were taking place around it – a blood bath between the Giants and Dodgers, coming down to the Giants needing a 107th victory on the final day to claim the division.

The game itself was already mostly out of reach when Webb hit his home run – the score after he circled the bases was 9-1 Giants – but combine the novelty of a pitcher hitting a home run with it being the last home run in non-DH times and Webb will be the answer to a trivia question for a long time to come.

Kershaw only has one home run in his career and that came in the eighth inning of a scoreless game against the Giants in the 2013 season opener. Kershaw would proceed to go back out in the ninth and complete the shutout.

It just wouldn’t have been appropriate not to include a great Ohtani home run. So how about his 40th of the season against the Detroit Tigers? In the midst of throwing eight excellent innings, Ohtani went deep in the top half of the eighth, providing all the cushion he and the Los Angeles Angels would need in a 3-1 victory. 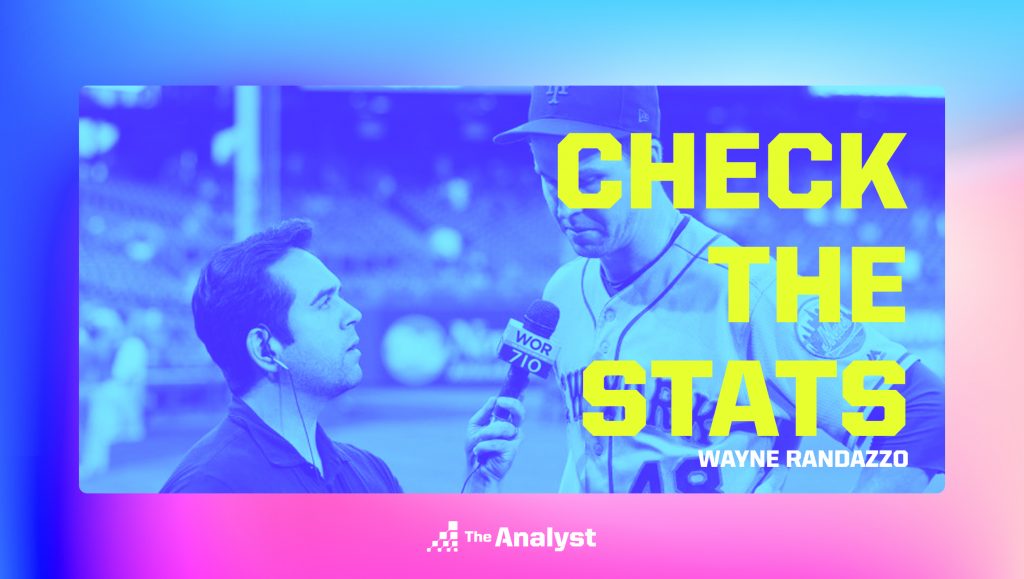