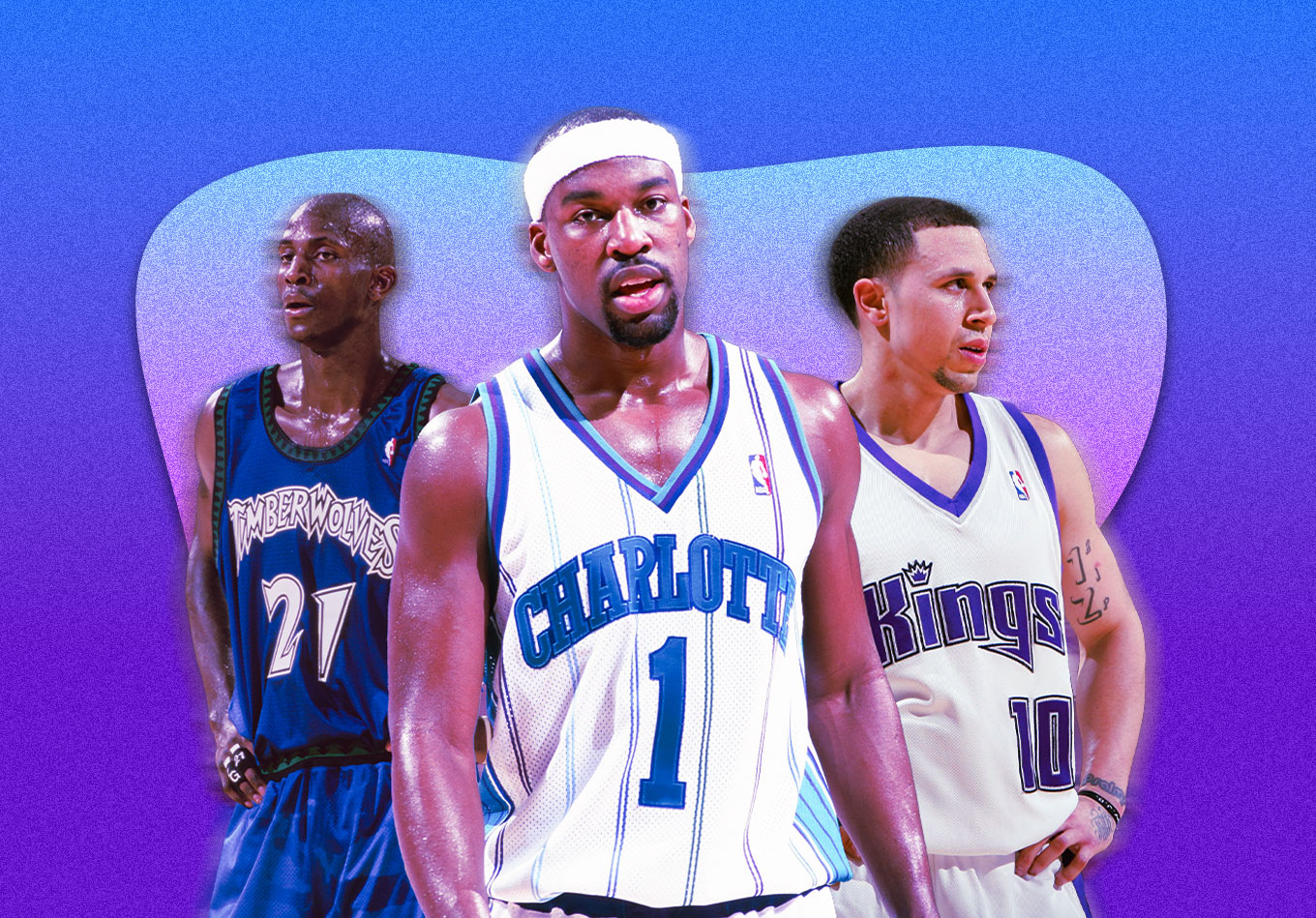 Throughout its history, the NBA has been a league of the haves and the have-nots.

The Boston Celtics and Los Angeles Lakers each have won 17 championships. The Golden State Warriors, San Antonio Spurs and any team with LeBron James dominated the 2010s.

But with the iconic teams come the duality of the NBA: those who have long suffered through playoff disappointment.

Here are the longest playoff droughts in NBA history.

Oh, the Kings. The pinnacle of sports futility. After rattling off eight straight postseason appearances from 1998-99 to 2005-06, including a Western Conference finals appearance in 2002, Sacramento hasn’t been to the postseason since. The Kings closest finish was in the bubble during the 2019-20 season, when they ended the season three games behind the eighth-seeded – and play-in game winner – Portland Trail Blazers. The 2005-06 regular season was also the last time the Kings had a winning record.

The Hornets returned to the playoffs in their second season with their new (old) name in 2015-16 as the East’s six seed, losing in seven games to the Miami Heat. Charlotte came within two games of the eight seed in 2018-19 and reached the play-in tournament in 2020-21 and 2021-22. The Hornets have just 10 playoff appearances in 32 full seasons as a franchise.

The Hornets have had first-round exits in their last three playoff appearances. The last time Charlotte won a playoff series, the franchise left for New Orleans for the following season (and rattled off two more consecutive playoff appearances. That year, 2001-02, the Charlotte Hornets clinched their third consecutive playoff berth, this time as the four seed in the Eastern Conference. They beat the Orlando Magic in four games (back when the first round of the NBA playoffs was a five-game series) before losing to the New Jersey Nets in five games. Since the franchise was reborn in 2004-05 as the Bobcats, Charlotte has had just three winning seasons.

The T’Wolves are far cry from the Kevin Garnett era. In 2003-04, Garnett averaged 24.2 points per game and 13.9 rebounds per game, winning the league MVP and leading Minnesota to the best record in the West. Garnett and the Timberwolves reached their first and only Western Conference finals appearance that postseason, but Los Angeles Lakers outlasted Minnesota in six games. The Timberwolves missed the playoffs the following season, ending a streak of eight consecutive postseason appearances. After 2004-05, they didn’t record another winning season until 2017-18, when they returned to the postseason for the first time since 03-04. Minnesota lost to the Houston Rockets in five games.

We revisit the Kings, who last won a postseason series in 2003-04, defeating the Dallas Mavericks 4-1 in the first round of the Western Conference playoffs. In the semifinals, they lost to the previously mentioned ’03-04 Timberwolves team in seven games. Sacramento reached the playoffs in each of the next two seasons, but lost in the first round both times.

The Wizards haven’t made the conference finals since the 1970s. For context, Jimmy Carter was the President of the United States, a gallon of gas cost $0.86 and Apocalypse Now released in theaters. That’s how long it’s been since Washington has been within even four games of reaching the NBA Finals. That year, after defeating the San Antonio Spurs in the Eastern Conference finals, the Wizards lost to the Seattle SuperSonics in five games in the NBA Finals after having defeated the Sonics in seven games in the Finals the year before. Washington has reached the conference semifinals five times since then, coming within one game of reaching the conference finals in 2017 when they lost to the Boston Celtics.

The Hornets are one of two NBA teams to never appear in a conference final (the New Orleans Pelicans are the other, which is a coincidence to say the least). In 2000-01, Charlotte took a 3-2 lead over the Milwaukee Bucks in the conference semifinals before losing the final two games of the series. Outside of that postseason, Charlotte never won more than one game in three other conference semifinals appearances.

Seriously, go hug your local Kings fan. The Kings haven’t reached the NBA Finals since they were called the Royals and played in Rochester, New York. Since then, they moved to Cincinnati for 15 seasons, changed their name to the Kings and split time between Kansas City and Omaha for three seasons, then permanently moved to Kansas City for 10 seasons before finally relocating to Sacramento ahead of the 1985-86 season. Got all that? They reached six division or conference finals in that span, but failed to win in each of them.

The Hawks are quietly a tortured franchise. They last appeared in an NBA Finals when the franchise was in St. Louis. They moved to Atlanta seven years later in 1968 and never returned to glory. They have appeared in eight division or conference finals, coming within one game of reaching the Finals again three different times. During this span, the Hawks also went 44 seasons without appearing in a conference finals – the second-longest drought in NBA history behind the Los Angeles Clippers (50 seasons, 1971-2020).

The Suns were so close in 2020-21. They reached their third NBA Finals in franchise history, and held a 2-0 series lead before losing four straight to the Milwaukee Bucks. The Suns also lost the NBA Finals in six games in 1976 to the Boston Celtics and in 1992 to the Chicago Bulls.

Before the Lob City era, which began in 2011-12 with the arrival of Chris Paul, the Clippers were the poster child for poorly run sports franchises. As the Buffalo Braves, San Diego Clippers and Los Angeles Clippers, the franchise has just seven seasons at .500 or better in 41 seasons of play.

While the Clippers didn’t even make the playoffs for 15 seasons from 1977 to 1991, the franchise didn’t win a postseasons series again until 2006 when it beat the Denver Nuggets in five games. Elton Brand and Corey Maggette led the way, averaging 17.8 and 17.0 points, respectively, in the series. In the next round, the Clippers and the Phoenix Suns alternated wins, as the Suns won Games 1, 3, 5 and 7 to win the series.

Are you sensing a theme here? Many of the teams on this list appear multiple times, as the NBA is so often dominated by a small handful of teams in every era of the league. After defeating the New Jersey Nets in the first round of the 1982 NBA playoffs, Washington lost seven consecutive postseason series. In the 2005 playoffs, the Wizards finally broke through again, defeating the Chicago Bulls in the first round behind Gilbert Arenas and Larry Hughes.