Dropping Dimes: The Most Assists in a Game in NBA History | The Analyst 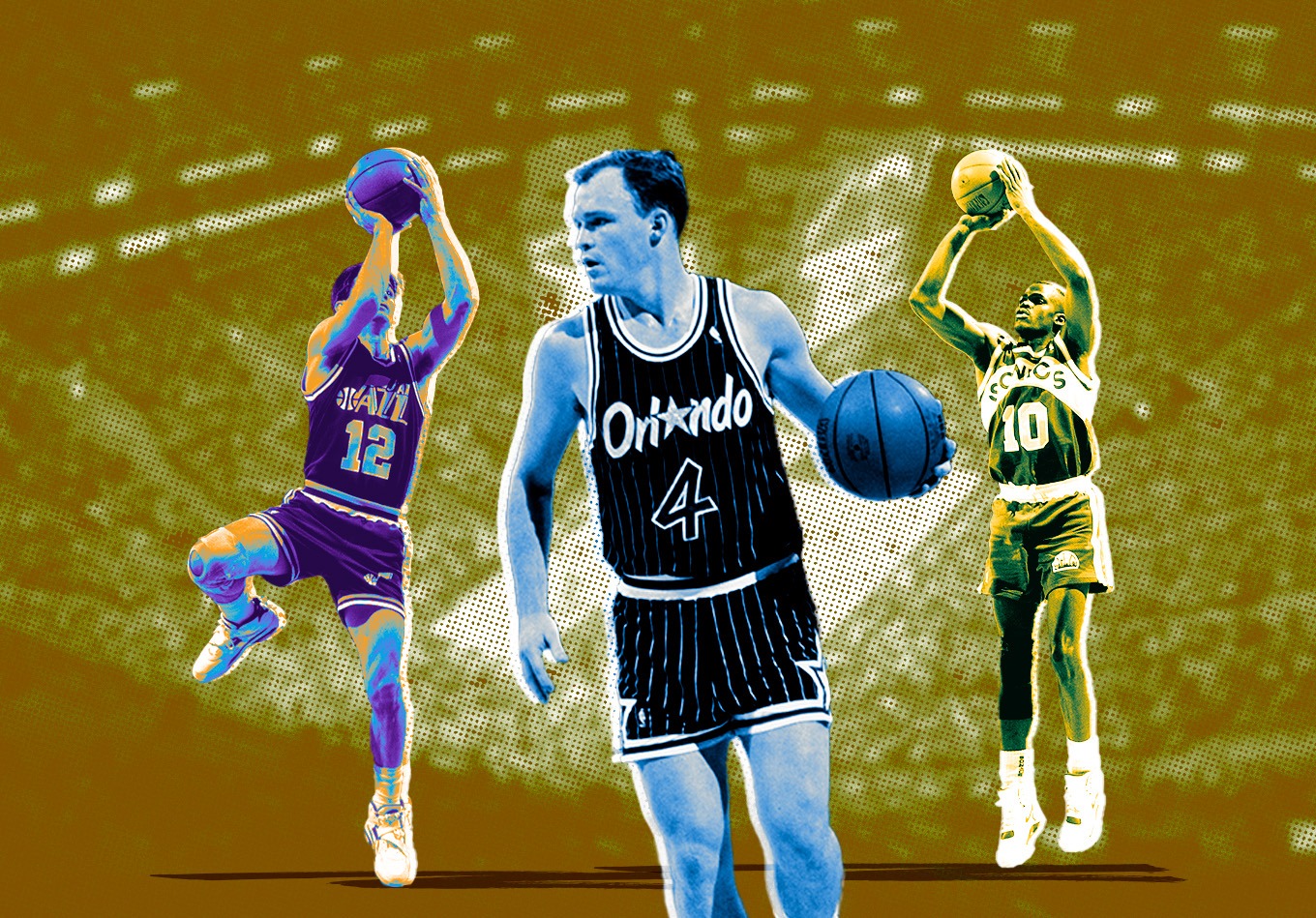 Dropping Dimes: The Most Assists in a Game in NBA History

Whether it’s LeBron James playing a point forward role or Nikola Jokic dishing them out from the center position, assists aren’t just for point guards anymore.

And there’s a perfectly good reason for that.

“They say an assist makes two people happy,” Portland Trail Blazers center Jusuf Nurkic told reporters prior to the start of the 2021-22 season. “So, that’s how I grow up.”

So which big man has made the most people happy in a single game? Well, Wilt Chamberlain of the Philadelphia 76ers once had 21 assists to go along with 22 points and 25 rebounds against the Detroit Pistons on Feb. 2, 1968.

But technically, 6-foot-6 small forward George McCloud of the Denver Nuggets had the most assists in a game in NBA history among frontcourt players with 22 against the Chicago Bulls on March 26, 2001.

The big men, however, still have a ways to go to get into the all-time top-five list, which remains dominated by the traditional point guard. Here’s a look at the top single-game assist performances of all time by an NBA player:

Most Assists in a Game

With his ability to read the floor, it’s no wonder Skiles went on to become a head coach with the Phoenix Suns, Chicago Bulls, Milwaukee Bucks and Orlando Magic. Playing a team known for its ‘run and gun’ style and little regard for defense under Paul Westhead, Skiles carved up the Nuggets and snapped Kevin Porter’s 12-year-old NBA record in the final minute of this regular-season contest. Eight different Orlando players scored in double figures and the Magic also set a franchise record with 155 points.

Porter had three other 20-assist games during that 1977-78 season in which he was traded from the Detroit Pistons to the Nets on Nov. 7, 1977. Apparently realizing their mistake, the Pistons then re-acquired Porter from the Nets just 10 months later. During his historic 29-assist effort for the Nets, John Williamson (39 points) and Bernard King (35) were the primary targets as Porter surpassed, at that time, Bob Cousy and Guy Rodgers on the all-time list. Then on March 9, 1979, Porter set a Pistons franchise record with 25 dimes.

When a team sets the record for the most points in an NBA game (it’s now tied for the third most), you figure someone had to have racked up some assists. That would be Cousy, who, at that time, set the all-time record with his 28-assist effort. He led the league in assists per game in eight straight seasons between 1952-53 and 1959-60.

We’d be remiss if we didn’t mention Stockton’s full stat line against the Spurs in 1991; he finished with 20 points on 8-of-12 shooting, eight steals and, of course, the 28 assists.

Most Assists in a Playoff Game

Though he had to watch in person as Stockton tied his playoff record with 24 assists, Magic had the last laugh when Michael Cooper’s 22-foot jumper with seven seconds left lifted the Lakers to a key Game 5 victory at The Forum. Los Angeles went up 3-2 in the Western Conference semifinals and would go on to win the NBA title.

Magic had keyed another Lakers push to the Finals and set the league-playoff record with 24 assists as Los Angeles a 2-0 lead over the Suns in the 1984 Western Conference finals. Incredibly, he only had five field-goal attempts in the 118-102 victory.

Most Assists in a Game by a Rookie

McMillan was midway through the first of what would be a 12-year NBA career when he finished with eight points, eight rebounds, four blocks and 25 assists to match DiGregorio’s single-game rookie record. As a result, Dale Ellis (29), Xavier McDaniel (28) and Tom Chambers (25) all poured in 25 or more points for the SuperSonics.

DiGregorio had 20 points and 25 assists in his record-setting performance during the 1973-74 season in which he took home NBA Rookie of the Year honors. He averaged 15.2 points and a league-best 8.2 assists as a rookie, but never put up more than 11.0 points or 5.0 assists in any of his other four NBA seasons.

Ramon Sessions of the Milwaukee Bucks and Darren Collison of the New Orleans Hornets were the most recent rookies to threaten the record. Sessions had 24 assists against the Bulls on April 14, 2008, and Collison took over for the injured Chris Paul and had 20 against the Warriors on March 8, 2010.