Ranking the FCS Conferences For The 2022 Season | The Analyst 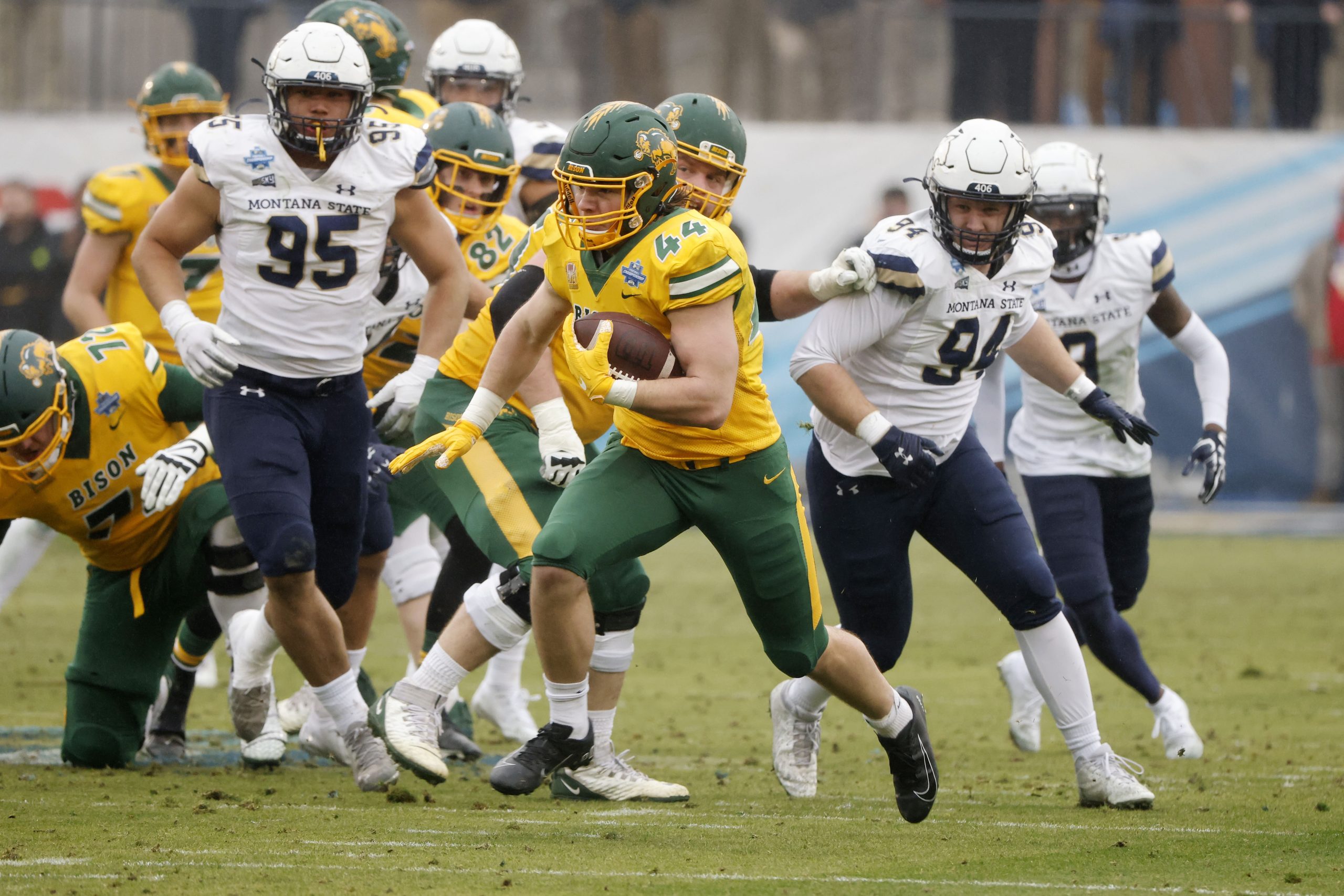 Ranking the FCS Conferences Heading Into the 2022 Season

Call it the new-look FCS.

In the five-year span from the start of the 2018 season to the beginning of the 2023 campaign, there will have been no fewer than 34 schools moving into or out of the FCS or changing FCS conference affiliation. Also, the ASUN and the WAC came aboard as new leagues last year, and the Big South and Ohio Valley have committed to a partnership next year.

What hasn’t changed is the Missouri Valley Football Conference being the strongest conference, although there’s been fluctuation in the order behind it.

For the 2022 season, we’ve looked at the potential strength of teams and ranked the conferences 1-15 as follows: (also, take our FCS nickname quiz)

Fast Fact: Make it a dozen? The Valley has had a national finalist in 11 straight seasons, more than double the next-longest run (CAA with five from 2006-10).

The Skinny: Montana State is coming off a national runner-up finish yet may not have the best team in the state given Montana’s returnees. Of course, Sacramento State is the defending champion and 15-1 in the Big Sky under coach Troy Taylor, and Weber State won at least a share of the 2017-20 titles. Eastern Washington will be hard-pressed to replace quarterback Eric Barriere and other key losses.

Fast Fact: The depth of quality teams reflects in recent preseason polls: In the last six full seasons (not 2020), a team picked fifth or lower in the preseason coaches poll has gone on to capture an outright or shared title.

The Skinny: There’s no overcoming the loss of Sun Belt-bound James Madison, which has been the FCS’ No. 2 program to North Dakota State in the last six years, but the conference race is deep, led by defending co-champion Villanova. Delaware, Rhode Island and William & Mary were in playoff contention last November.

Fast Fact: In adding Hampton and Monmouth, the CAA will become the largest FCS conference with 13 teams. The number will grow to 14 with North Carolina A&T in 2023.

The Skinny: Who isn’t in the title race is a shorter list than who is in a suddenly parity-filled conference. Defending champ ETSU is coming off a program-record 11 wins, but has a new coach in George Quarles. The title should be won by running the ball, and, like ETSU, Chattanooga, Mercer and Furman are excellent at that.

Fast Fact: Although the SoCon is tied for the most all-time title game appearances (16) and ranks fourth in semifinal-round appearances (29), its teams haven’t been there since 2007 and 2012, respectively.

The Skinny: The strength is actually in the lack of overall numbers because five of the six teams (Kennesaw State, Austin Peay, Central Arkansas, Eastern Kentucky and Jacksonville State) appeared in the national rankings last season.

The Skinny: That Southland Conference champ UIW is rejoining Sam Houston (not playoff-eligible in its last season before moving to Conference USA) and Stephen F. Austin is important because the mix of teams is somewhat the haves and the have-nots.

The Skinny: Last year’s veteran-laden league will turn younger. Defending co-champs Dartmouth and Princeton suffered heavy losses, but they usually find ways to reload, and should remain in the title picture with Harvard and Yale.

Projected Postseason Qualifiers: 0 (league only has a regular season)

Fast Fact: By going 17-7 out of league, the Ivies posted a winning percentage above .700 for the third time in their last four seasons.

The Skinny: The loss of UIW adds to the five defections in 2021, but Nicholls and Southeastern Louisiana remain formidable. Out of necessity, each conference member will play a home-and-home series with one other team.

Fast Fact: Which Southland member will enter the season with a national championship on its resume? Newcomer Texas A&M-Commerce, a winner of the 2017 Division II title.

The Skinny: Murray State may be the team to beat in its final season in the OVC, but the favorite’s role in the preseason conference poll figures to be bestowed on defending champ UT Martin, whose first-ever playoff win (at Missouri State) was the only one posted by a road team in the first round.

Fast Fact: Since the end of the 2021 season, the OVC has announced a 2022 non-conference scheduling alliance with the Southland, a four-year partnership with the Big South beginning in 2023 and a new member with Lindenwood moving up from Division II.

The Skinny: Jackson State dominates all the talk, and perhaps rightfully so after sweeping to its first SWAC championship since 2007. Florida A&M, Alcon State and Prairie View A&M also are part of a deep conference in which most teams have a realistic chance of knocking off each other.

Fast Fact: The SWAC needs better results out of conference. While FAMU became the first conference’s first at-large qualifier since 1997, its blowout loss dropped the SWAC to 0-20 all-time in the playoffs.

The Skinny: Holy Cross is the only FCS team that could win a fourth straight league title this year. With 17 all-league returnees who were a part of the program’s first-ever playoff win, the Crusaders have the potential to be one of the stronger teams in Patriot history.

Fast Fact: Despite suffering a season-ending injury on the second-half kickoff of Fordham’s fifth game, linebacker Ryan Greenhagen’s then FCS-leading 102 tackles held up for fourth among Patriot League players and tied for 30th in the nation.

The Skinny: Seven different programs have represented the NEC in the playoffs since it received an automatic bid in 2010, but not Bryant, which seeks to upstage the usual suspects – Sacred Heart, which is chasing a third straight postseason, and Duquesne.

Fast Fact: Wagner enters the 2022 season with a 20-game longest losing streak that is the longest in the FCS.

The Skinny: Kennesaw State and Monmouth only lost Big South games to each other from 2017-21, so their departure to other conferences makes this the smallest in the FCS this year. Campbell will challenge for its first playoff bid and North Carolina A&T seeks a bounce-back campaign.

Fast Fact: All five returning teams finished below .500 last season – both in the conference and overall.

The Skinny: Defending MEAC champ South Carolina State’s cruise past Jackson State in the Celebration Bowl was eye-opening. There was foreshadowing, though: North Carolina Central upset Alcorn State in the MEAC-SWAC Challenge.

The Skinny: Davidson has made two straight playoff appearances and San Diego is coming off a share of the PFL title to tie Dayton for the most (12) in league history. Transitioning program St. Thomas isn’t eligible for the playoffs, but debuted with 6-2 league mark and gets both defending co-champs at home.