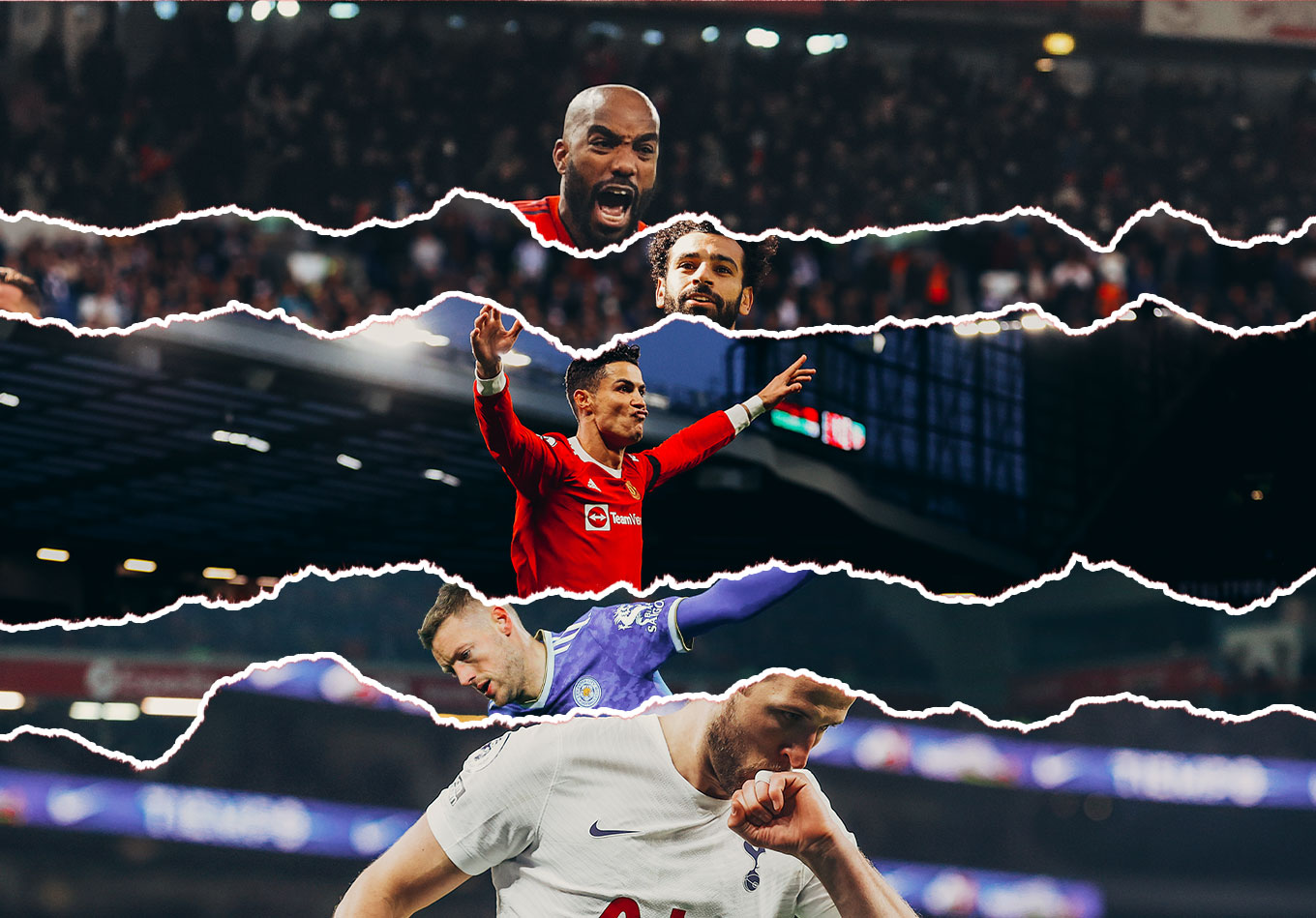 Introducing The Analyst’s first interactive snapshot. Here we take a look at who is contributing most to Premier League xG in 2021-22.

Premier League clubs set up in varying ways, all of which influences their attacking approach. By examining each player’s expected goals contribution within the context of each side’s totals we can get a better idea of this shape and how teams attack the opposition goal.

How to read it: Each segment in the stacked area chart below shows the percentage value each player has contributed to their team’s overall non-penalty expected goals so far this season. This value is updated for every non-penalty shot each team takes. For example, Jamie Vardy took Leicester City’s first five non-penalty shots this season and as such had 100% contribution for those first five chances. When Harvey Barnes took their sixth chance, that value fell to 86.8%. As each shot was taken for Leicester this value fluctuated to our current value of 17%.

Before hovering over the graphic, players shown in red have a contribution of at least a rounded 15% of a team’s total expected goals.

What is particularly interesting here is not only who these players are, but also the spread of contribution across each team. For example, Cristiano Ronaldo is currently responsible for 28% of Manchester United’s non-penalty xG with his tally contributing 12% more than their next highest player, Bruno Fernandes (16%). Spurs, meanwhile, have Harry Kane and Son Heung-Min making up half of their non-penalty xG contribution. Probably most alarming are Norwich City; Teemu Pukki has accounted for 30% for all of his team’s non-penalty chances. This is 20% higher than his closest teammate Josh Sargent. With the team only racking up 24.63 non-penalty xG so far this season, it’s no surprise to see them propping up the division once again.

Contrast this with teams who play less with a true number 9 and have more depth in attacking options. Manchester City are one of only 3 teams in Europe’s top five leagues to break 60 non-penalty xG so far this season, sitting behind Bayern Munich and Liverpool, who have both broken into the 70s.

Through clever rotation Pep’s side have distributed their attacking output with only Raheem Sterling passing 15% of his side’s total but with Phil Foden, Riyad Mahrez, Ilkay Gündogan, Bernardo Silva and co also chipping in and boosting that number. Even Kevin De Bruyne’s tally – the lower of the two players with 6% – equates to 0.24 non-penalty xG per 90.

The dropdown below will allow you to cycle through English Premier League teams and see how they shape up so far this season.