Capturing Momentum in Tennis | The Analyst 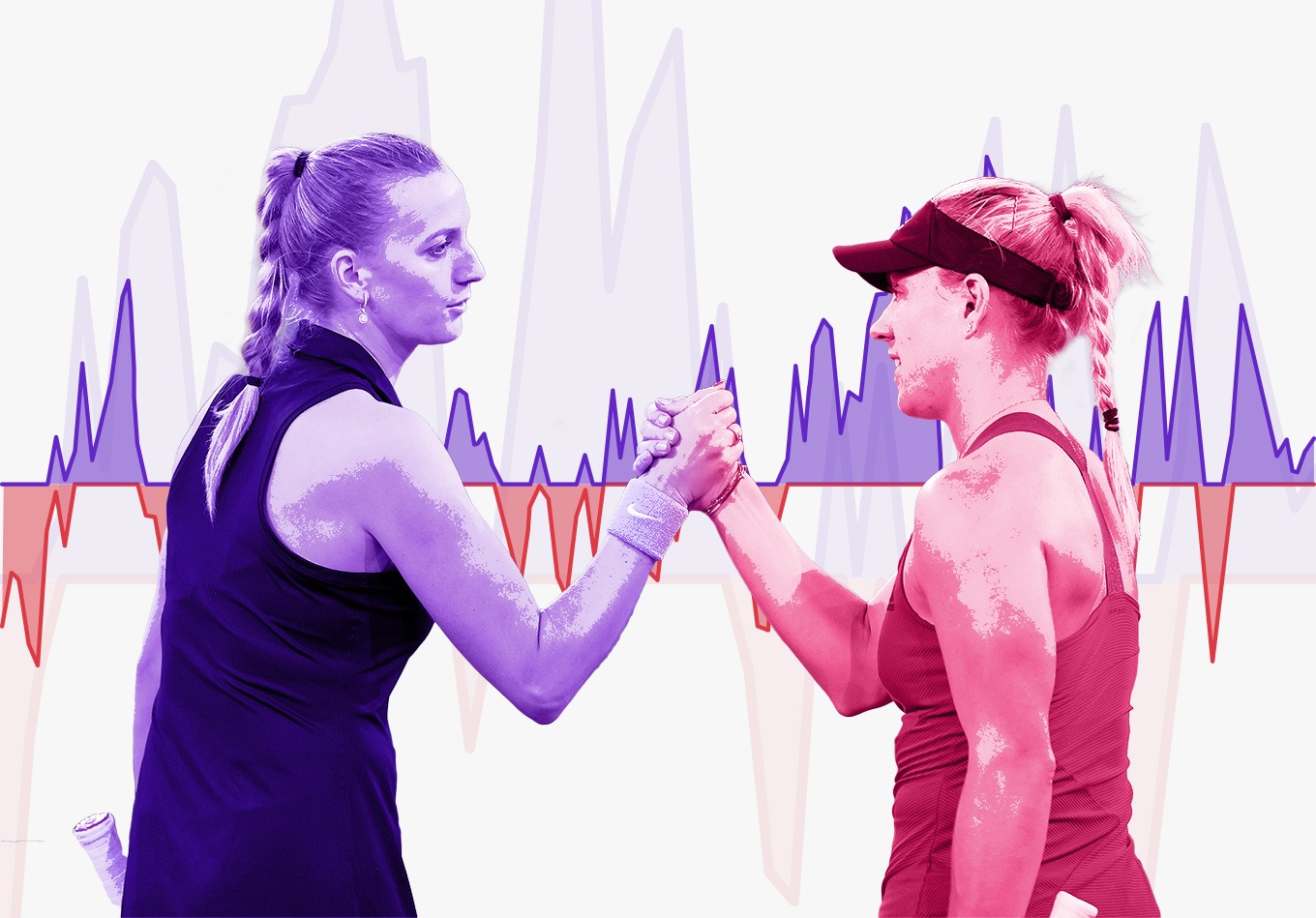 We’ve all seen it. A player is in control of a tennis match, seemingly cruising to victory and then – what seems like out of nowhere – their opponent gets an unexpected hold or break. Doubts start to set in. Before you know it, you’re watching a final-set decider.

These decisive moments are often confined to break points or important holds of serve, but the reality is there are just as important points leading to these scenarios. In this article, we’re introducing two new Stats Perform metrics – leverage and momentum – which allow us to highlight important points in WTA tennis matches beyond the generic points mentioned above. The Stats Perform AI group introduced the concepts at the 2022 MIT Sloan Sports Analytics Conference.

What Are Leverage and Momentum?

Getting straight to the point, leverage measures the importance of a single point to the final outcome of a tennis match by quantifying how much a player’s probability of winning the match changes. Imagine, for example, an underdog has a break point opportunity in the first game of a match. Sure, it’s always good to take a break point; however, with so much of the first set left to play, it wouldn’t be unexpected for the stronger player to show their superior quality and get the break back. Now imagine it’s a break point opportunity to win the first set. There is no time for the stronger player to get back into the set – lose this point and you lose the set. The second scenario is clearly a more important point, and this would be shown by a higher leverage value. To be explicit, leverage measures how the player’s match win probability changes given the outcome of the next point – but more on this shortly.

The power of leverage comes from the ability to quickly and easily highlight important points, as well as quantify how important the point was. We can go beyond the restrictive typical break/set/match points. For example, those crucial “setup” points (as coined by former player and coach Brad Gilbert in his book “Winning Ugly”) when a player is two points away from winning a game.

Momentum aims to describe which player is in control at any point of the match – who is currently winning more points? And who is winning the important (high-leverage) points? It is defined as “an exponentially weighted moving average of the leverage gained by a player.” At each point in a match, there will be a single momentum value favouring one player. This better allows us to quantify periods of dominance beyond the standard “Player A has won x of the last y points,” while also easily highlighting the specific points in a match that constitute true momentum swings.

How Are Leverage and Momentum Calculated?

As mentioned above, leverage is the amount a player’s match win probability changes given the outcome of the next point. For example, let’s say a player’s probability of winning the match will increase by 15% (0.15) if they win the next point. But, if they lose that point, their probability of winning the match will decrease by 5% (-0.05). The difference between these match-winning probabilities is 20 percentage points (0.15 – (-0.05) = 0.20). We, therefore, say this point has a leverage of 0.20.

Of course, this relies on us having predictions for each player’s match-win probability. Underpinning leverage is a chain of models built for predicting every possibility in a tennis match, which consider the following features:

Momentum is built from leverage and, as mentioned above, is defined as “an exponentially weighted moving average of the leverage gained by a player.” The result of this is a momentum value at every point which is determined by how well each player has performed in the previous points. The more recent a point, the more influence it has. The more important a point (higher leverage), the more influence it has. A “swing” in momentum is defined as the momentum switching from one player to another by a magnitude of 3% or more.

Applying Leverage and Momentum in the Real World

Let us see how these two new metrics are used in a real match. Bad Homburg Open, 25th June 2021. Petra Kvitová and Angelique Kerber are facing off for a place in the final – a win on the grass here would be the perfect preparation for Wimbledon. With an initial win probability of 55.7%, Kerber is the favourite, albeit a very narrow one.

The match finishes in a 6-3 4-6 6-7 (3-7) tiebreak win for Kerber. But along the way there were a number of crucial points that determined the course of the match. The graphic below shows how the win probability of each player changed as the match progressed.

Leverage immediately alerts us to a number of key points in the match:

1. At 4-2 40-A in the first set, Kvitová is already a break up, but Kerber now has the chance to get it back. Winning this point would increase Kerber’s chance of winning the match by 16.0% – a chance she doesn’t end up taking.

2. Kerber finds herself 3-1 30-15 down on her own serve in the second set. Her task is beginning to look insurmountable as her chance of winning the match hits its lowest at just 4.0%.

3. Yet, she manages to hold serve and this is marked as a potential swing of momentum in her favour.

4. Kerber finds herself at 4-5 15-30 on the Kvitová serve. Taking this “setup” point would offer her two set points and improve her probability of winning by 18.0%.

5. The most important point of the match. With Kvitová serving at 4-5 30-30 in the final set, winning this point for Kerber would mean a match point – a huge increase of 26.3% in her probability of winning the match.

Every point has a leverage value. In addition to quickly allowing us to highlight and quantify the important points in a match, it also means we can consider points beyond the traditional bounds of break/hold points – just as we have with (4) and (5) above. In combination with momentum, we have two powerful metrics that allow us to easily describe the flow of a match and highlight the most important moments.

But that’s not all. Beyond this, leverage opens up the exciting possibility to explore how players perform in these high-pressure moments – look out for another explainer on our clutch metric.

If you would like more detail, email editors@theanalyst.com, or you can read the original paper written by Stats Perform AI Scientist Robert Seidl and Chief Scientist Patrick Lucey.

Enjoy this? Subscribe to our newsletter to receive exclusive content, and check out our other metric explainers. 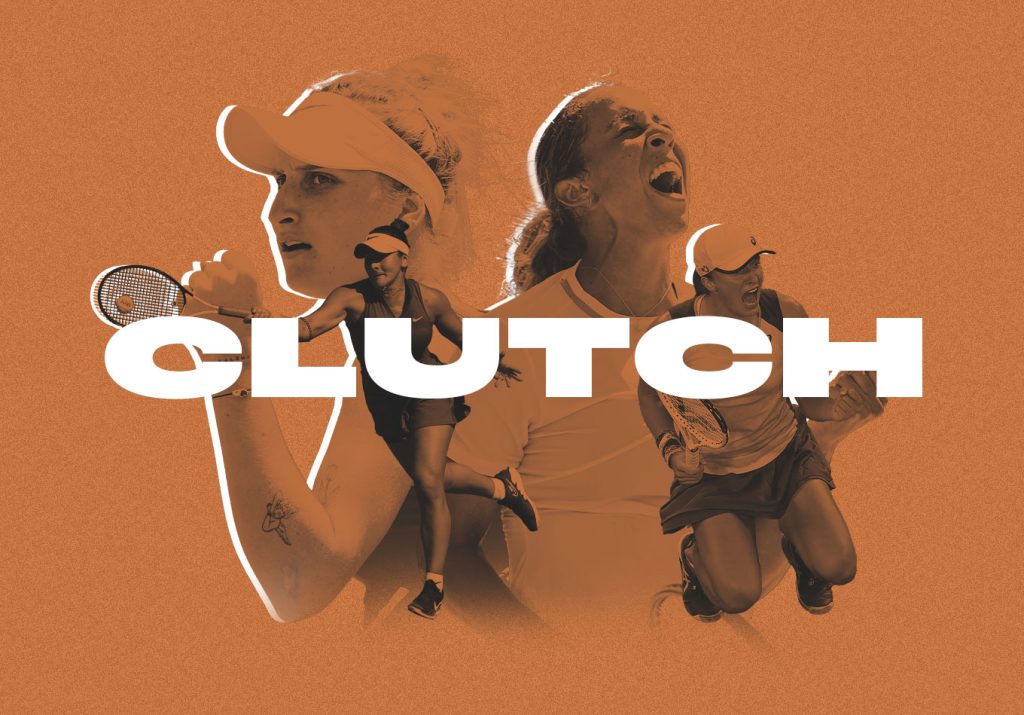