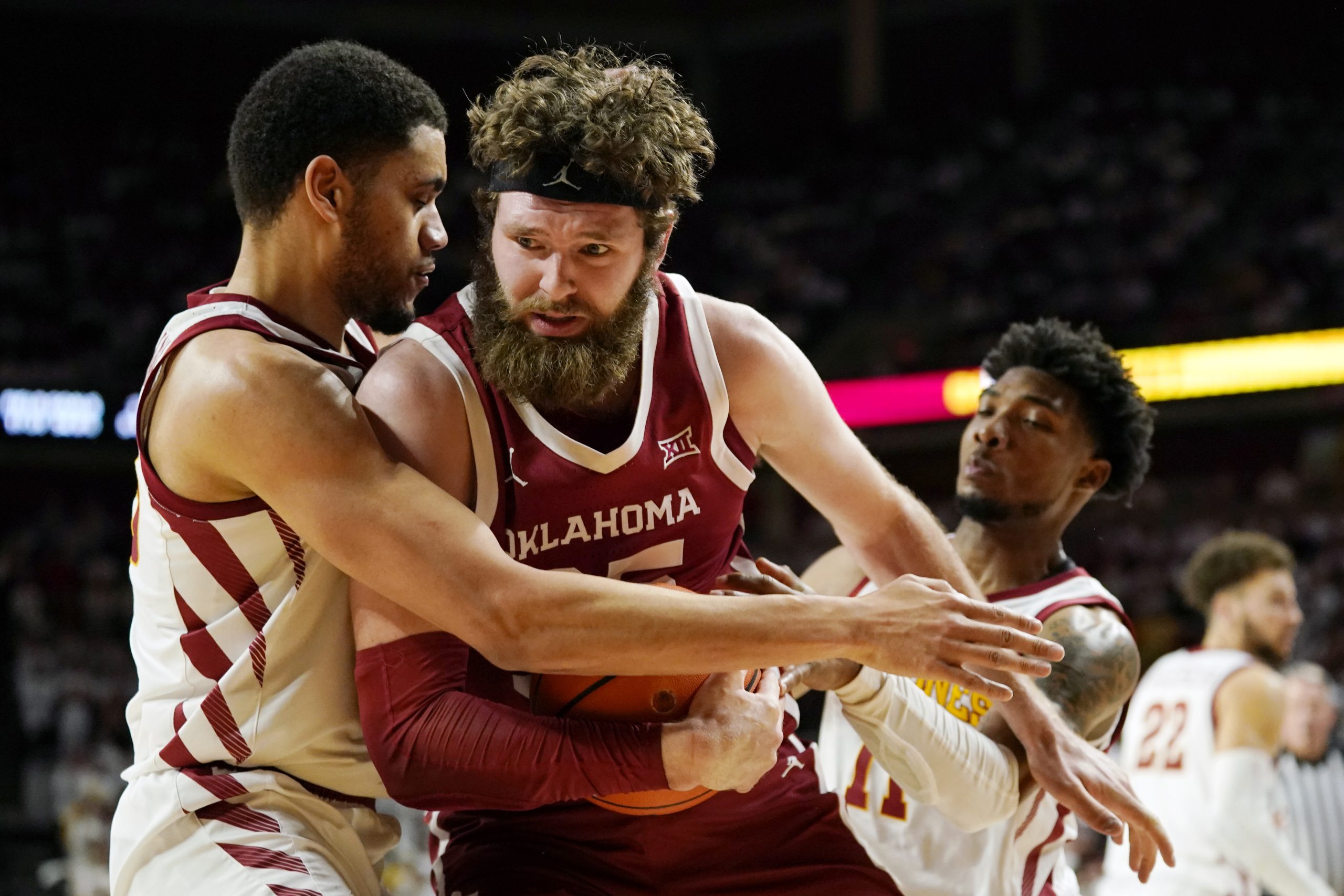 Can you believe that Selection Sunday is only a few weeks away?

A few teams already have the resume to make it to the dance. Some still have a ways to go. Others are so close.

Today, let’s look at those teams that are on the edge – the ones that can guarantee a spot in the tournament with a few more wins. But if the season ended today, would they get a spot? And how do we answer this without our own bias intervening?

It’s time for some blind resumes. Take a look at three scenarios with three different teams. If only one of the teams in each scenario can make it, which one would you take?

And of course, let’s look at these teams through the eyes of TRACR. TRACR (Team Rating Adjusted for Conference and Roster) is a net efficiency metric that evaluates how well a team performs based on who they play. The model, which is trained on over 15 years of college basketball data, rewards big wins over good teams and punishes losses to bad ones or even wins that were closer than expected.

To avoid getting punched, I left out Michigan in these scenarios.

How much should we rely on a team’s record without looking at who they played? That’s the difference between Team A and Team B.

Both are close overall in TRACR. While Team A has two wins over the top 25 in TRACR, they are also only 14-13. It feels odd to have a team so close to .500 going into the tournament. But should a team that does not have any major wins be considered?

Team A is Oklahoma, while Team B is San Francisco. The Sooners have had to play in the toughest conference in Division I, according to TRACR. They are 2-6 in games decided by fewer than five points, three of which were losses to teams in the top 25 in TRACR. If they won one or two of those games, it would be easier to pick them over the Dons.

The Dons have had their chances against the top 25 in TRACR but have gone 0-3. In addition, their biggest win this season has been against BYU (80th in TRACR), which does not seem to be as big of a win anymore. If Oklahoma played San Francisco’s schedule and vice versa, it wouldn’t be too far fetched to think that the Sooners would own a better record.

Team C is the team in the middle of Oklahoma and San Francisco – a solid record with some good wins, but TRACR does not view them as high. That’s Indiana.

Once looking like a team that could be ranked, the Hoosiers have lost four straight and have a massive game tonight at Ohio State (14th). Indiana is 2-6 on the road this season. That needs to improve tonight. Indiana’s defense has been elite, but the team hasn’t broken 70 points in five games and ranks 129th in offensive TRACR (O-TRACR).

It’s beginning to look like one team of this group will end up getting in and it will depend a lot on how each team does going forward.

Indiana still has road games against Ohio State and Purdue (No. 9). Even if they are in the toughest conference, the Sooners have to start winning games – they are 2-10 since Jan. 11. A win at Texas Tech would change it. San Francisco has a home game against Gonzaga on Thursday – a win there puts the Dons in.

Team A and Team B seem to have risen from the ashes. Team A is Memphis, which has won six of its last seven – including a 10-point win over Houston (No. 4). Team B is Rutgers, which had won four straight games against ranked opponents before recently losing to Purdue.

Rutgers had an awful start of the season, losing to DePaul, Lafayette and Massachusetts in a row. Granted, those three games were decided by a combined seven points. Now, the Scarlet Knights have wins over Purdue (thanks to a crazy buzzer at the end), Iowa (16th), Michigan State (27th), Ohio State (14th), Wisconsin (23rd) and Illinois (15th). These key wins overshadow close, bad losses.

Team C, meanwhile, is Loyola Chicago. While the Ramblers are the best team in the Missouri Valley (according to TRACR), it is a much deeper conference than people realize. There are many teams that could upset Loyola in the conference tournament, such as Missouri State, Northern Iowa, Bradley, or even Drake, which swept the two regular-season meetings.

But at 20-6 with a good overall TRACR, does Loyola have to win its conference tournament in order to get in? Despite no wins over the top 25 in TRACR, the Ramblers do have a win over a fellow blind resume team in San Francisco.

Two of these three teams are likely will get in. Memphis can secure a bid with a win against Houston and a strong performance in its conference tournament. Rutgers has enough key wins and just needs to avoid losing out. Loyola needs to beat UNI on the road if it does not win its conference tourney. If the season ended today, I would put Rutgers and Loyola Chicago in.

Here we have three almost identical teams, with Team A rated much lower in TRACR. It seems evident that of the three teams, Team A would be the first to rule out.

But Team A is Creighton, which has won five straight. The Bluejays not only have a win over Villanova (10th) and UConn (21st), but they also have two wins over Marquette (26th). If the table showed wins vs. the TRACR top 26 instead, they would look a lot better above.

Team B is North Carolina, while Team C is Iowa State. Both of UNC’s wins over the Top 25 in TRACR came against Virginia Tech (24th). The Tar Heels also have a 21-point win over Michigan (30th). Iowa State had lost four in a row, but it has rebounded with two wins, including a 21-point win over Oklahoma. While the Cyclones’ conference play has not been great, remember their non-conference success: they have wins over Xavier (42nd) and Memphis. Creighton went 0-2 against Xavier in the regular season.

I can see all three of these teams getting in. All three have decent schedules going forward with one difficult road game. Creighton will play at Providence (45th), Iowa State is at Baylor (No. 8) and UNC has to go to Cameron. I do not see the Tar Heels beating Duke (12th), nor do I see the Cyclones beating Baylor. Creighton could upset Providence on the road.

If any of the three teams win their challenging road game, they are in.